You are here:
Home / Magic The Gathering: The Best Cards For A Mono-Red Commander Deck, Ranked

Magic The Gathering: The Best Cards For A Mono-Red Commander Deck, Ranked

Of the Mono-Colored decks in Magic The Gathering's Commander format, Mono-Red is the one that plays the fastest and hits the hardest. Generally, Mono-Red excels as aggressive decks that flood the field early and take out opponents before they have a chance to build up a board presence.

The biggest downfall of Mono-Red decks is if they're ever taken care of, it can be hard to recover. As such, cards that increase your damage output a very helpful, so you can clear out the entire table before that happens. Mono-Red decks generally have a low mana curve and explosive damage output. 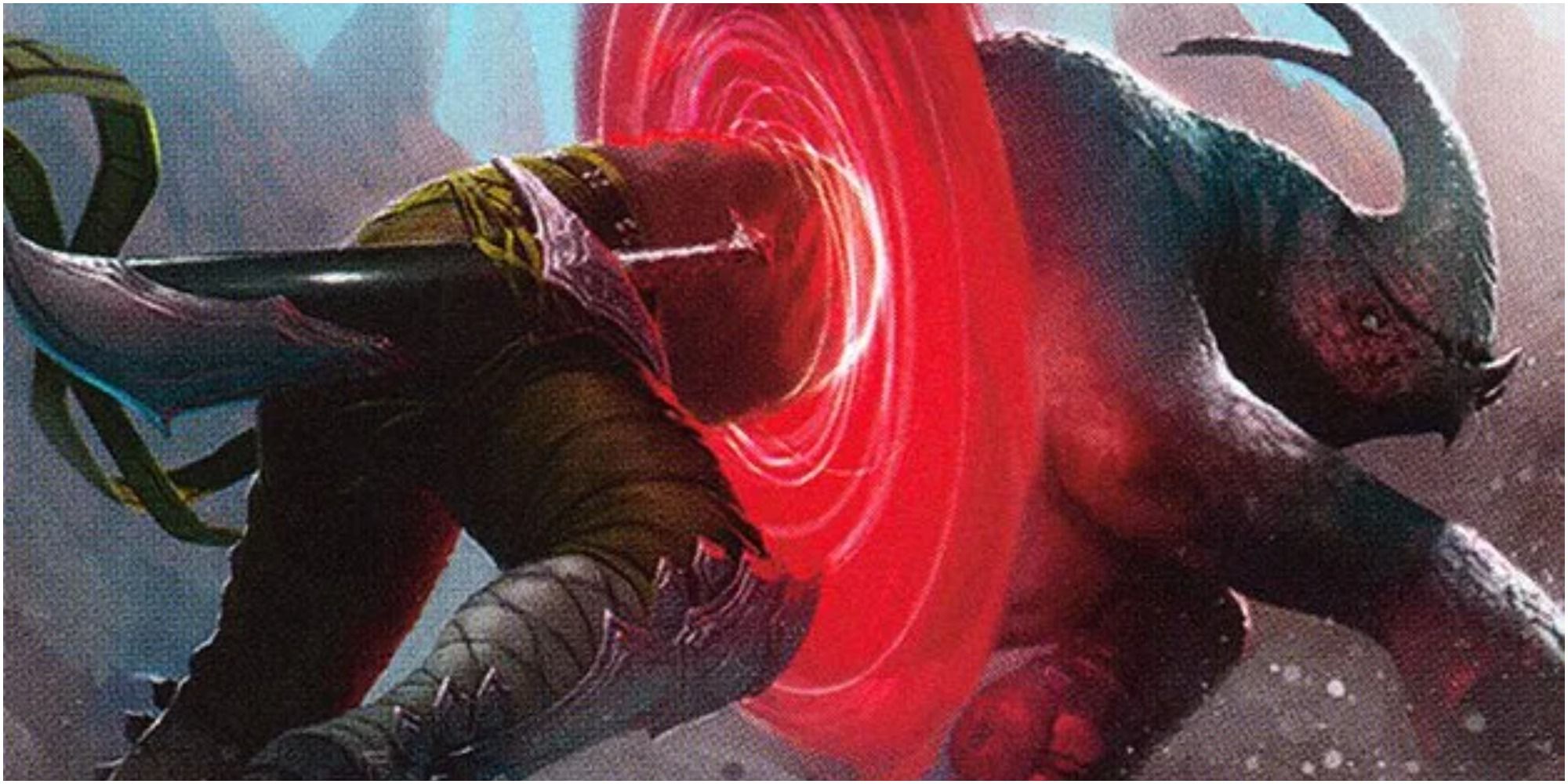 Targeted removal outside of artifacts and through damage is very rare for Red to have. As such, Chaos Warp is a must-run staple in any Mono-Red deck. It's one of Red's only removals for any kind of permanent.

It doesn't fully get rid of them, only shuffles them into the deck but this temporary removal can be enough to hinder the opponent. It can occasionally backfire, as the opponent will be able to put the top card of their library onto the battlefield if it is a permanent. However, this is often a risk worth taking, as it will get rid of a piece of a combo that can be game-ending. 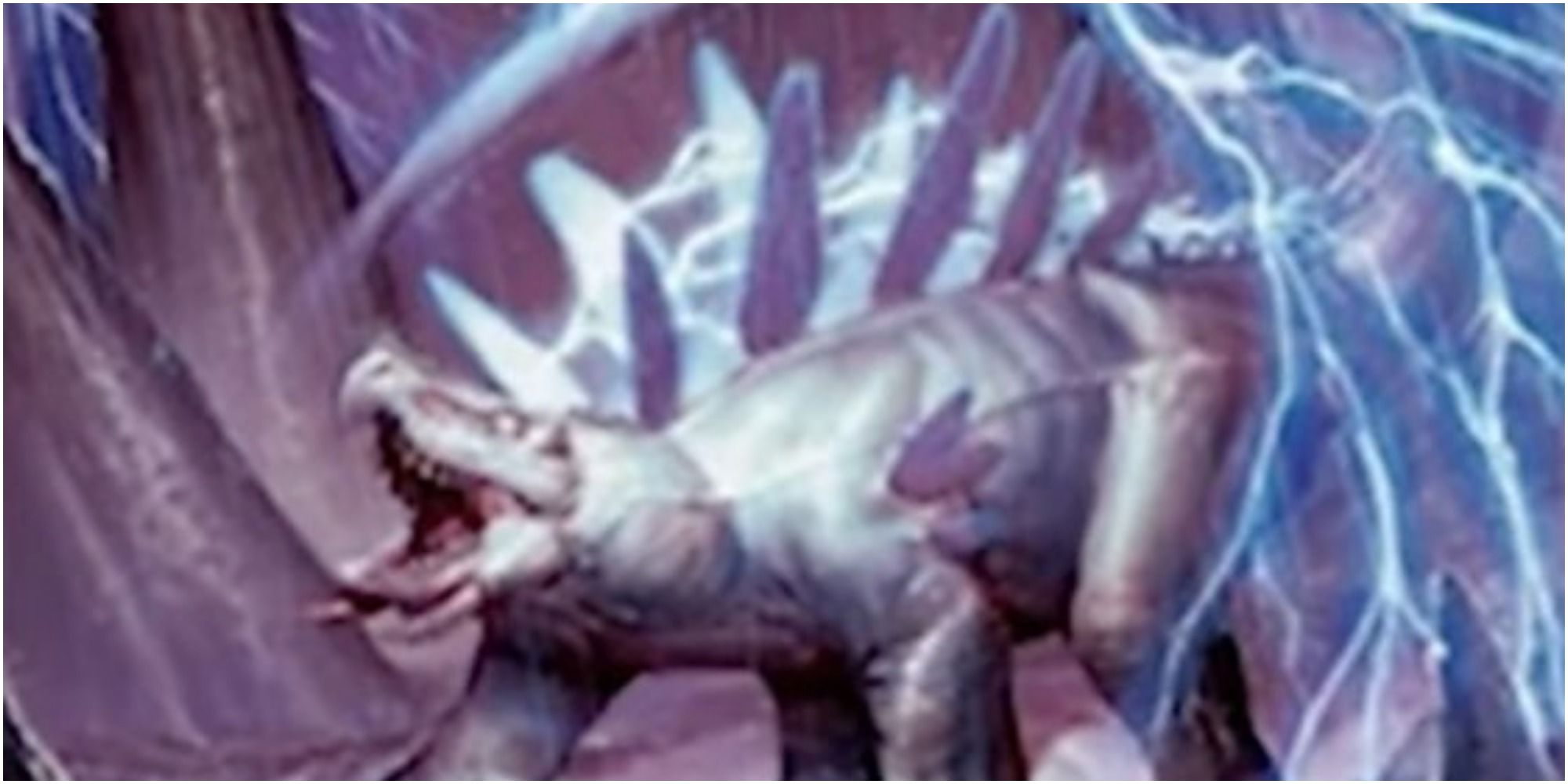 Deflecting Swat is the Red part of a cycle of cards that can be used without paying their mana costs if you control a Commander. Mono-Red decks can easily cast it for its regular cost as well, as they'll always have access to Red mana.

Deflecting Swat allows you to change a target of a spell or ability to another one. This can be played both defensively and offensively, either by protecting one of your permanents or to stop an opponent's combo. Since Mono-Red doesn't have access to non-artifact protection, Deflecting Swat is one of the ways to protect your most important cards. 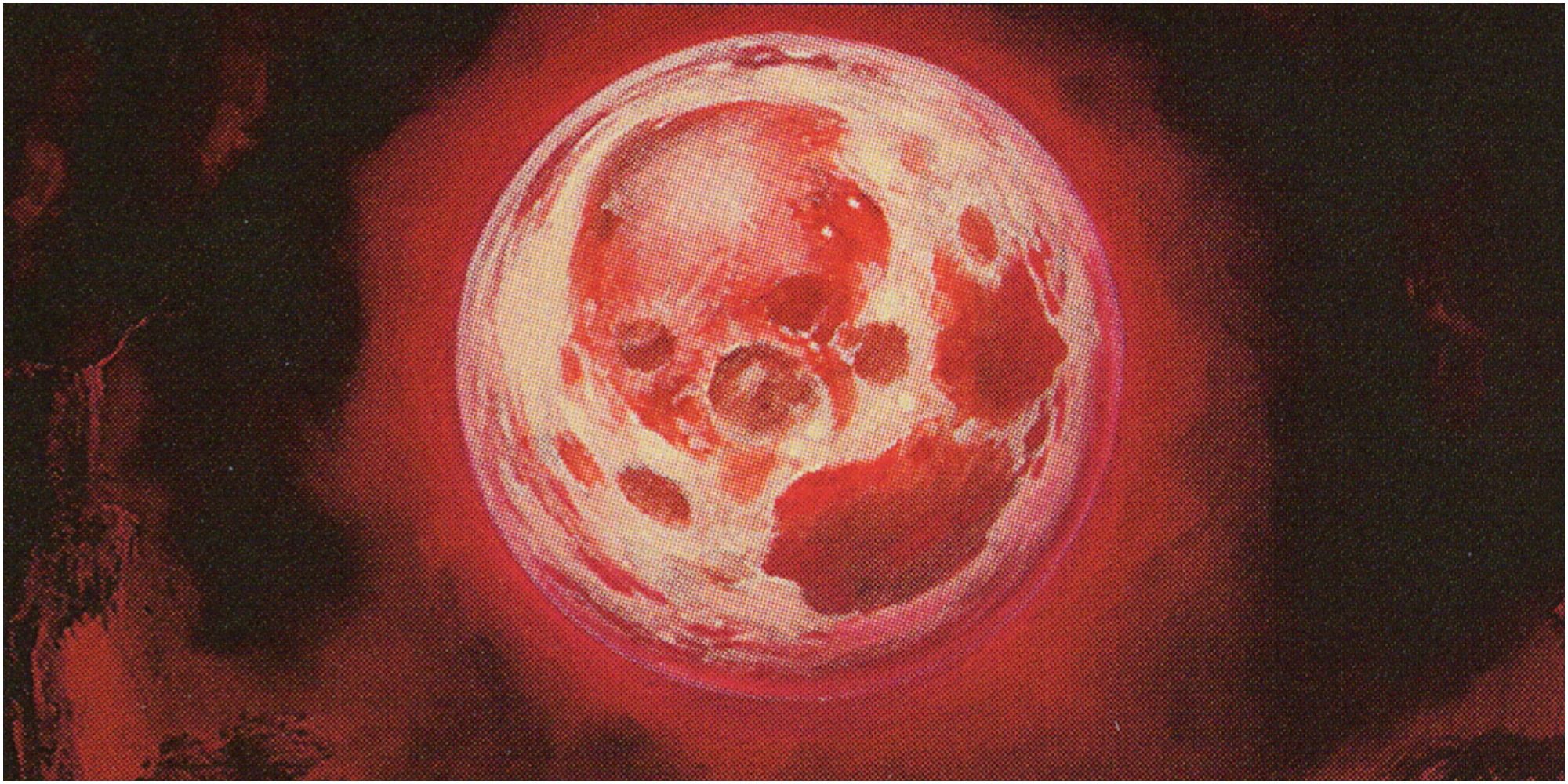 Blood Moon is one of the best Stax pieces in the game. It's an easy-to-cast enchantment, only requiring two generic mana and one Red. Once it hits the field, all nonbasic lands become Mountains.

This strips them away from being able to tap for their intended colors, and can now only tap for Red. Since you're in Mono-Red, this will not hinder you much since you generally want to be tapping for Red anyways. Blood Moon is so good it can shut down the opponent's ability to play anything, especially if they aren't running any basic lands in their deck. 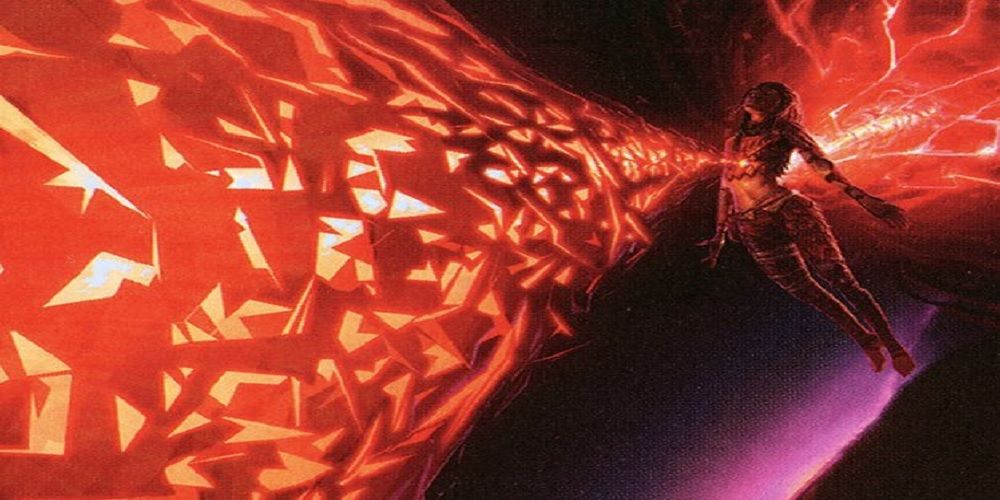 Jeska's Will is a simple card that can do a whole lot in a Mono-Red deck. It only costs two generic mana and one Red. If you control a Commander, you even get two effects rather than having to choose.

Jeska's Will lets you add Red mana to your pool equal to the number of cards in an opponent's hand, or exile the top three cards of your library to play them that turn. If you use it early, odds are the opponent will have a near full hand, allowing you to add a lot of mana to be able to cast out your key cards in your hand. 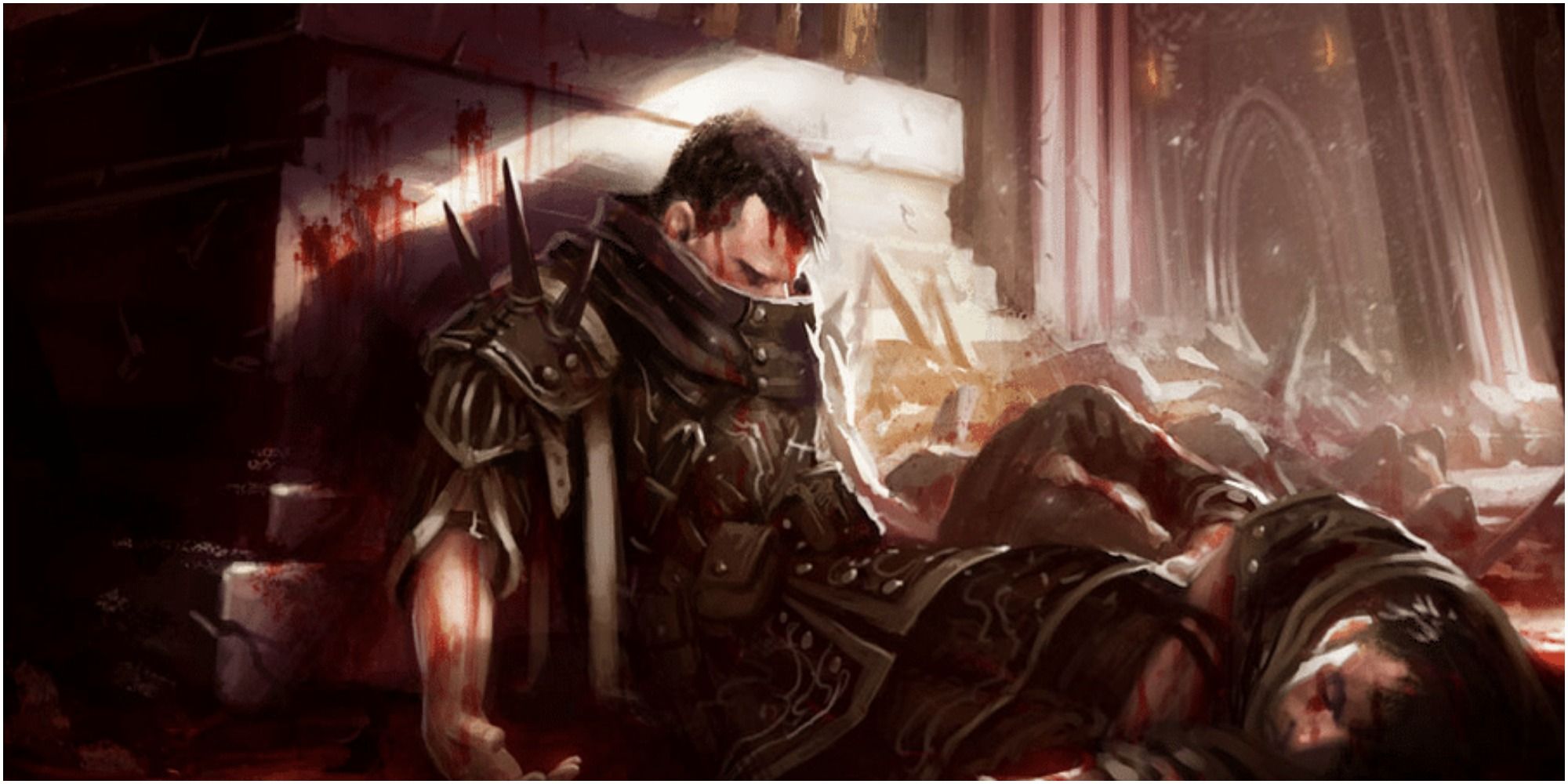 Mono-Red decks do not have access to many board wipes, so there are very few choices for them. Luckily, Mono-Red has access to one of the best board wipes in Commander, Blasphemous Act.

It's not uncommon for you to be able to cast it for just one Red Mana. Blasphemous Act deals 13 damage to every creature on the field, which most of the time is enough to wipe the whole field. While field wipes can hurt Mono-Red decks a lot, Blasphemous Act is still worth running for when the field is getting too out of hand. 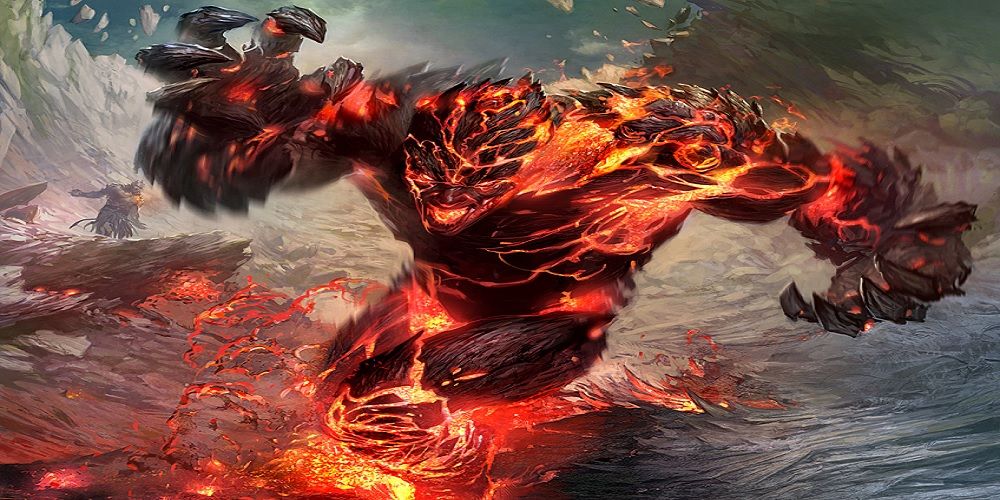 Anger is a creature you never actually want on your field, but in your Graveyard instead. When in there and you control a Mountain, all creatures you control will have haste. Since Mono-Red decks generally want to hit hard and fast, giving them haste is fantastic.

Anger is easy to get into the Graveyard as well, as Red has ample discard outlets such as Faithless Looting. In Mono-Red you'll almost always control a Mountain, so it will almost never be offline. Anger synergizes well with most Mono-Red decks, making it a great include for them. 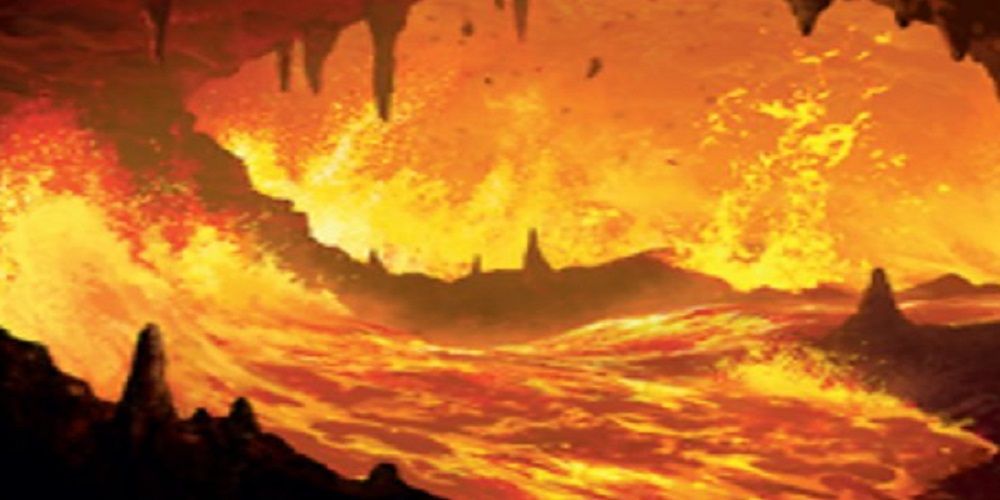 Fiery Emancipation on its own is a fantastic card in any deck trying to win fast and hit hard, so in Mono-Red where that's how they generally play, it's especially good. It has a bit of a high casting cost, requiring three Red mana and three generic, however, paying that cost is worth it.

Once it hits the field, any source you control will do triple damage. Red decks have access to a lot of rituals, allowing them to add Red into their mana pool to make it easier to cast quickly. 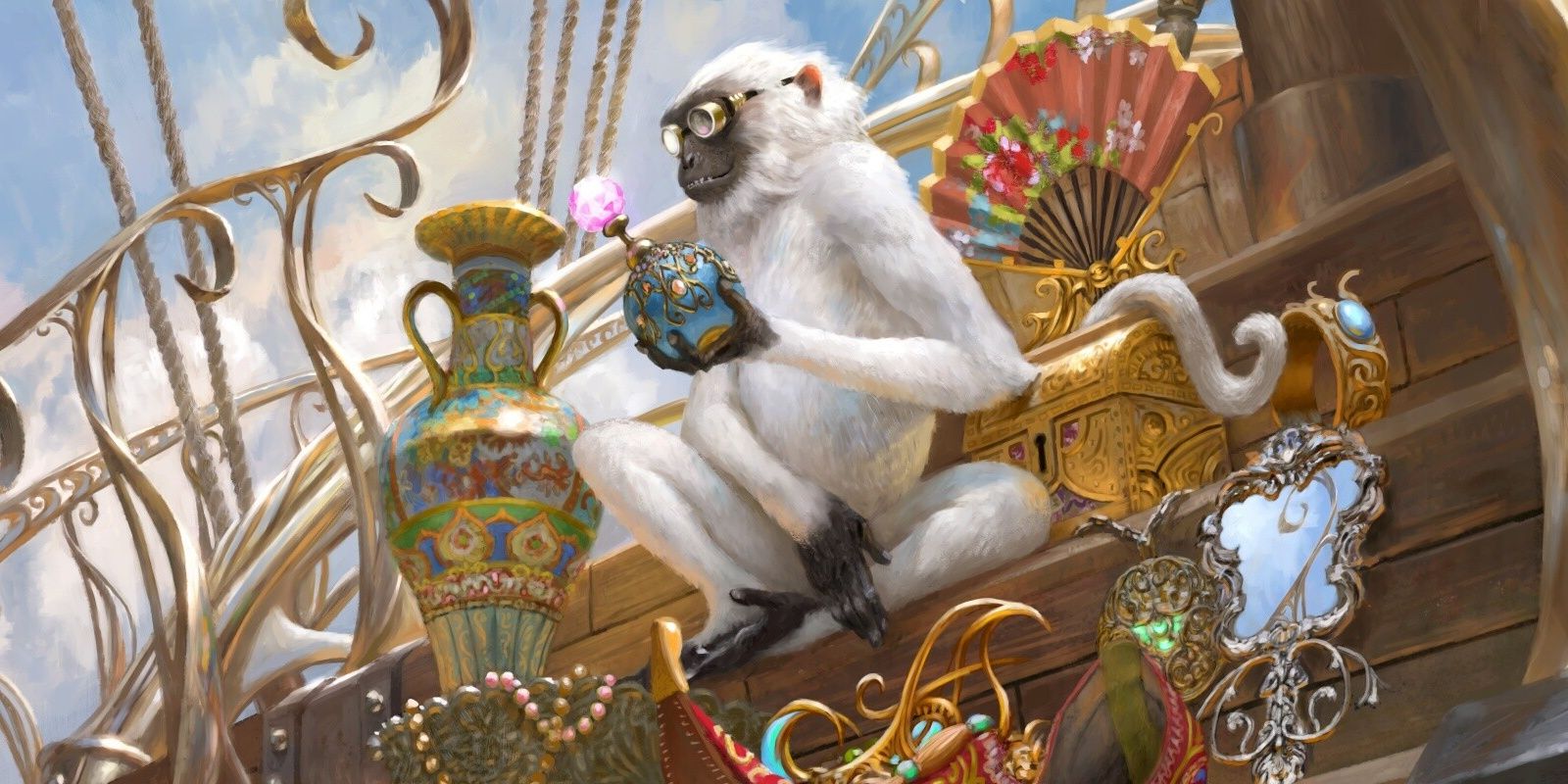 Ragavan, Nimble Pilferer is one of the best one-drops out there, only costing a Red mana to cast. Whenever it deals damage to an opponent, you get a treasure token and exile the top card of their deck, and are allowed to cast it until the end of the turn.

Since Ragavan can hit the field early, this allows you to start ramping up with the treasures you will be generating. It's especially good early game when the boards haven't been established yet, to guarantee you'll get your treasure by attacking into an opponent with no creatures yet. 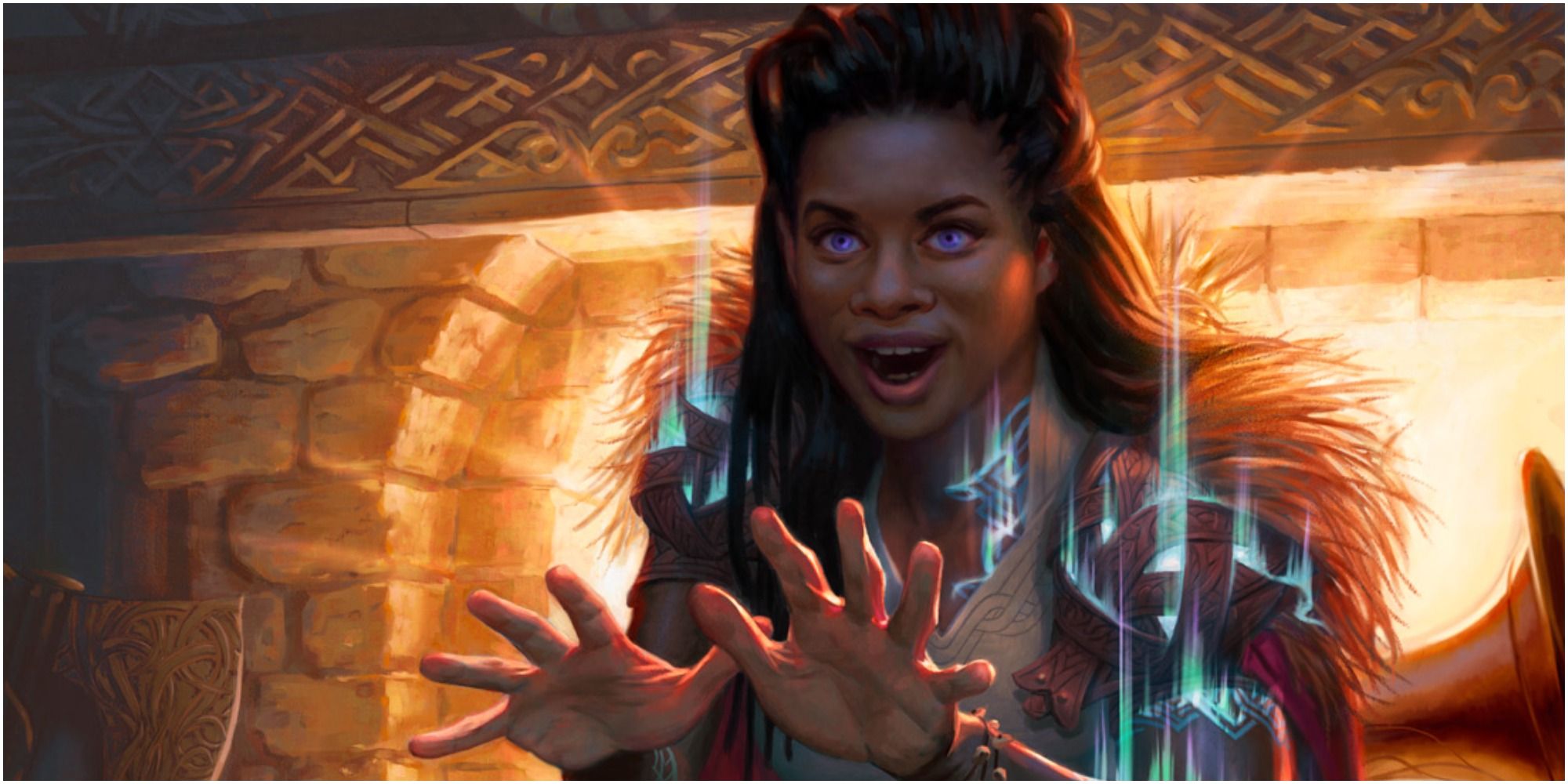 Birgi, God Of Storytelling is one of the best storm enablers and is a fantastic way to ramp for Mono-Red decks. Whenever you cast a spell, you add one Red mana to your mana pool that doesn't drain until the end of your turn.

This isn't just noncreature spells either, so your low-cost creatures will give you mana as well. This allows you to quickly flood the field with extra creatures to start getting aggressive. Birgi, God Of Storytelling is easy to cast as well, only costing two generic mana and one Red. 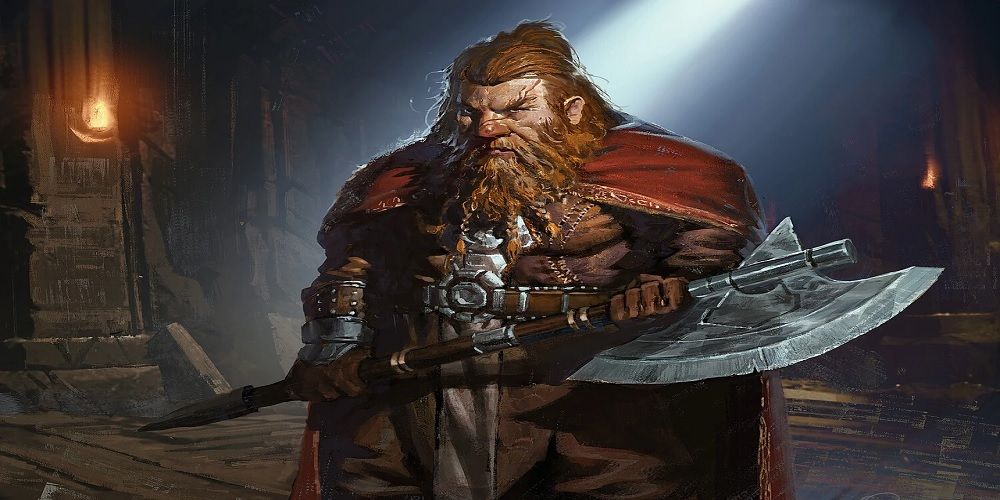 Torbran, Thane Of Red Fell is one of the most popular Mono-Red Commanders, so it's no surprise that it's one of the best cards to run in Mono-Red decks. Torbran will make any Red source deal damage it would normally do as well as two extra damage.

Since you will likely be attacking with a lot of creatures, it turns any of them into potentially game-ending threats as well as deterring the opponents from attacking into you or risk losing their creatures. Torbran, Thane Of Red Fell synergizes with just about every Mono-Red deck, all while being easy to cast thanks to only costing four mana.