You are here:
Home / Magic: The Gathering Reveals Its Fortnite Crossover Secret Lair

Magic: The Gathering has shown off its two upcoming Secret Lair crossovers with Fortnite. The latest in a long line of ‘Universes Beyond’ crossovers, Secret Lair x Fortnite will launch on July 21, and contains five reprints of older Magic cards with a Fortnite-themed redesign.

Revealed by a surprise delivery to IGN, the crossover will have two drops, both being made available for preorder at the same time. While prices for these drops have yet to be confirmed, it is likely they will call in the $30-$40 price range that previous Universes Beyond drops have. 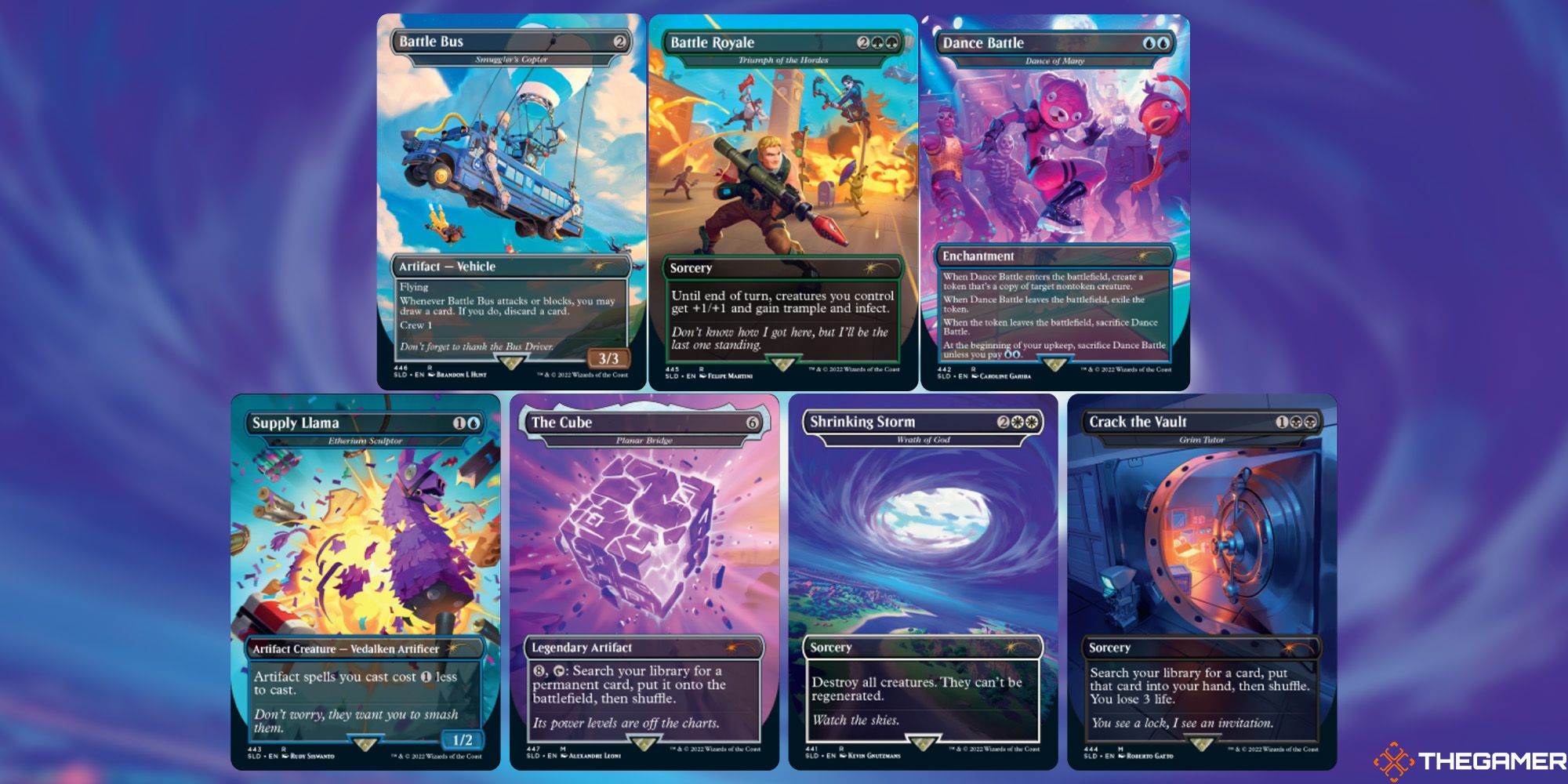 IGN also confirmed there is a “secret” eighth card that will not be announced just yet.

Like the previous Secret Lair x Arcane, and the Innistrad: Crimson Vow Dracula and Ikoria Godzilla crossovers before it, these are all reprints of existing Magic cards. While they do have different names, as far as the game and its card name rules are concerned, they are still their original forms: The Cube is still a Planar Bridge, the Supply Lama is still Etherium Sculptor, and Battle Royale is still Triumph of the Hordes. This means you can’t have more than four (or one, for Commander) of any version of the card in your deck. 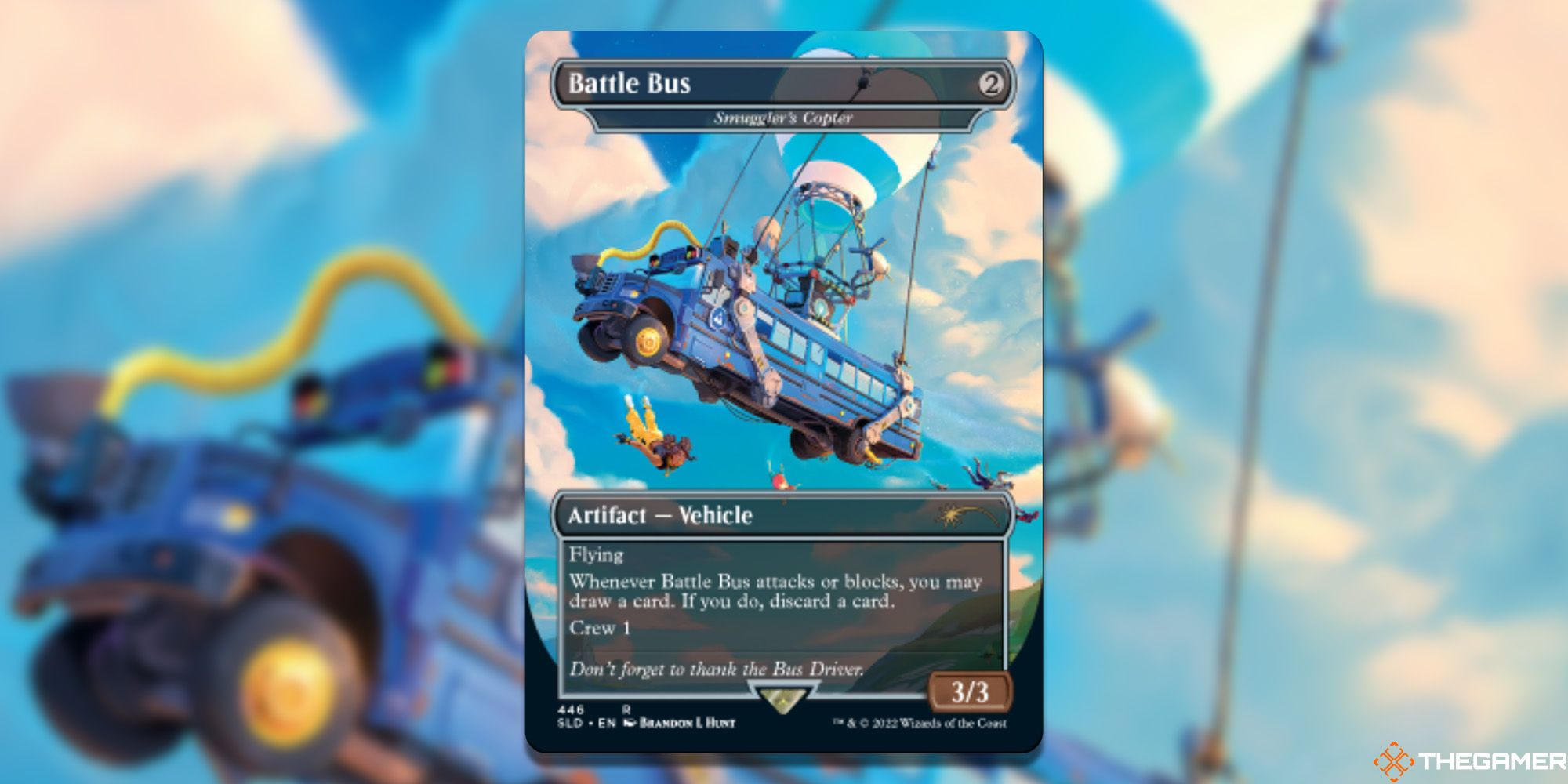 As far as the card selection here goes, it’s fine. The inclusion of Wrath of God and Grim Tutor help pump the value of it up a lot, despite Grim Tutor not being one of the best tutor cards out there. Triumph of the Hordes is a nice inclusion, as it’s a popular win condition in Commander. 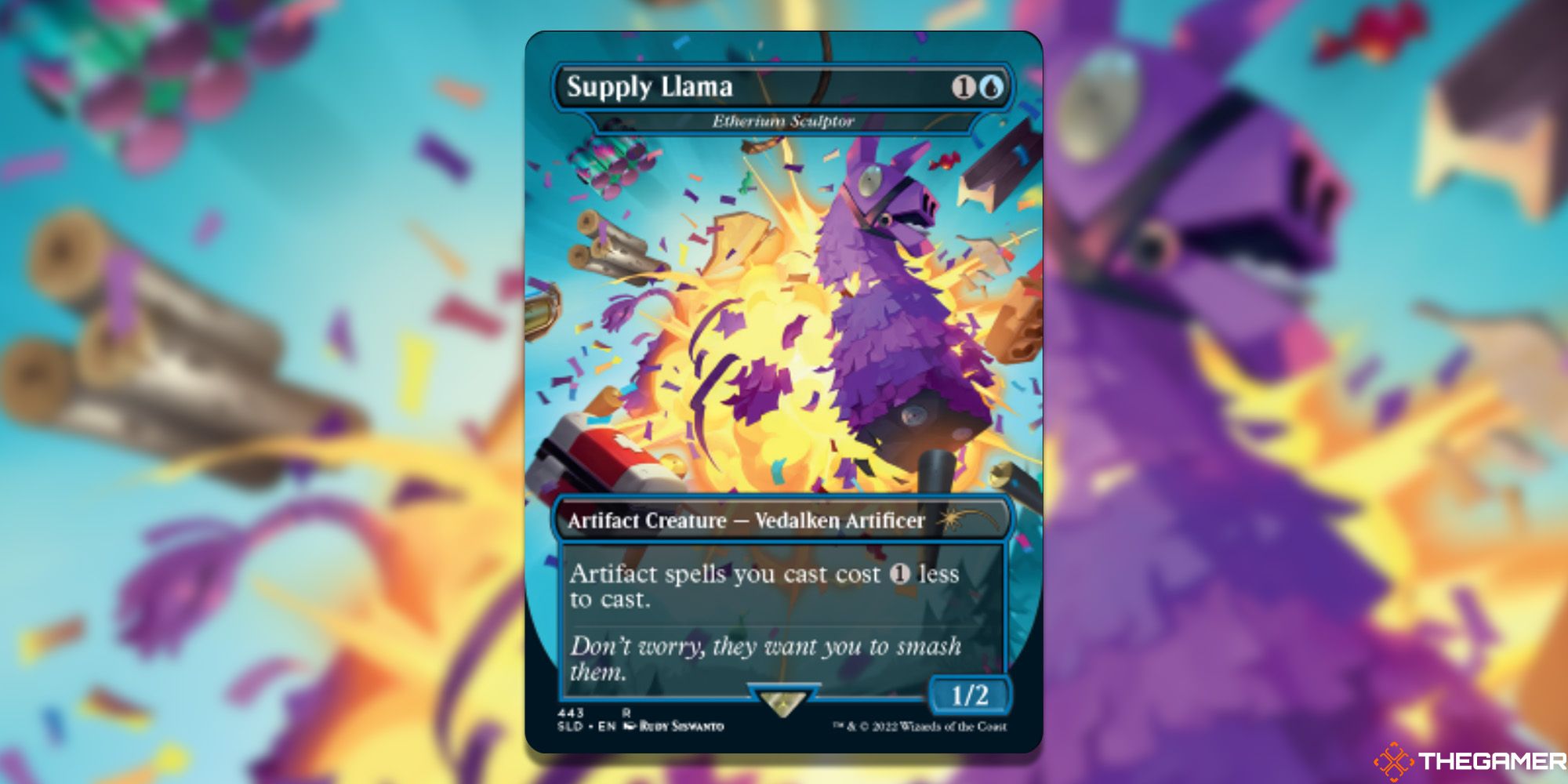 The rest are generally lower value, with Etherium Sculptor being an incredibly common card, and The Planar Bridge just getting a reprint in Double Masters 2022. If you’re buying this drop, you’re not buying it for the cards themselves; you’re buying it because you’re a fan of Fortnite and want this art. 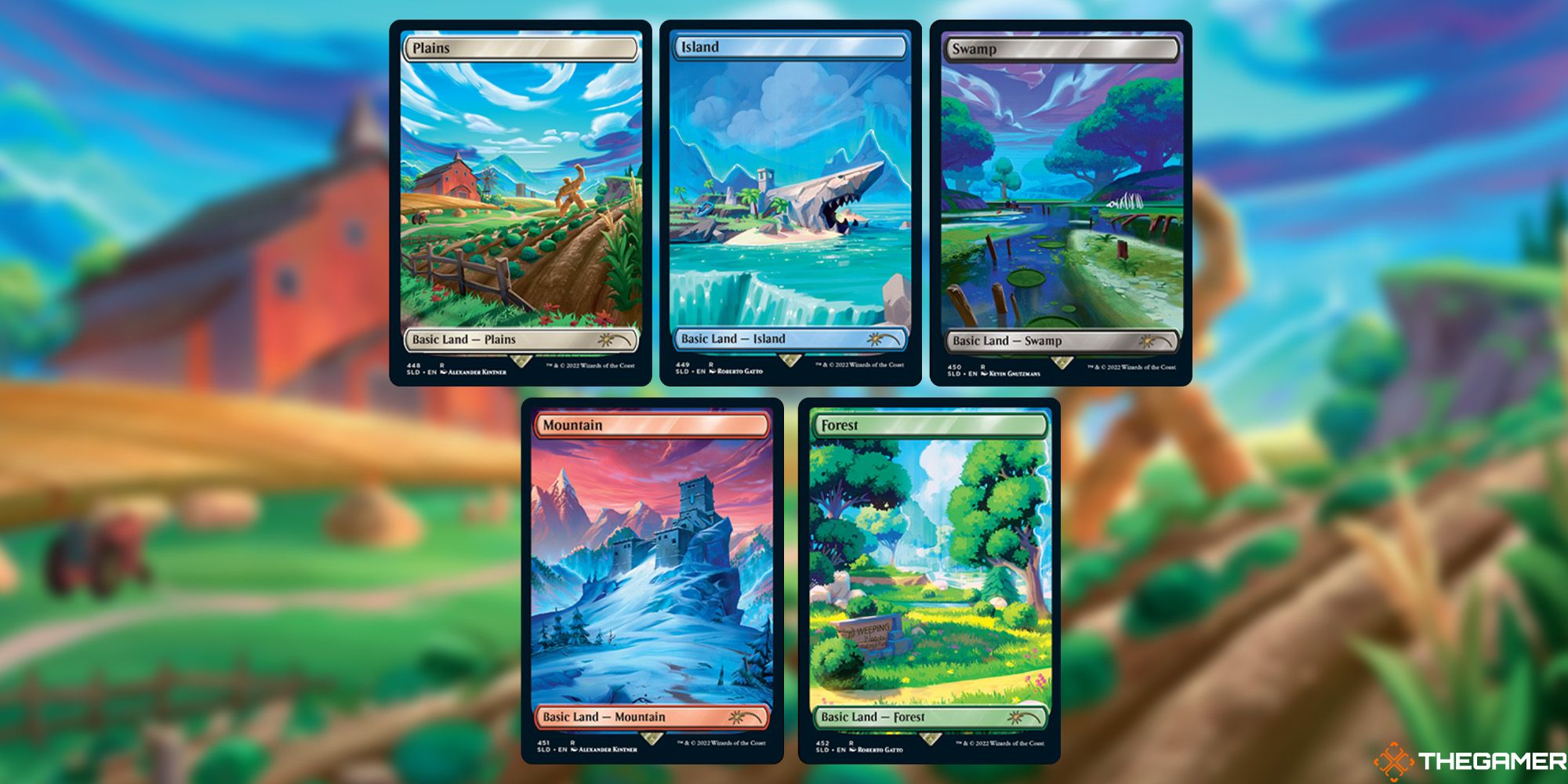 The second drop is Secret Lair x Fortnite: Landmarks and Locations, which is a pack of five full-art basic lands based on iconic locations from Fortnite’s map. Like the vast majority of land-based Secret Lairs, this drop includes six cards, with one Plains, one Island, one Swamp, one Mountain, one Forest, and another secret, final inclusion.

The prices for both drops will be confirmed when they launch through Secret Lair on July 21. Considering these crossovers tend to come as part of a wider Superdrop, we can expect more drops to be coming alongside it.