You are here:
Home / Magic: The Gathering Is Launching Starter Commander Preconstructed Decks For Beginners This December

Magic: The Gathering Is Launching Starter Commander Preconstructed Decks For Beginners This December

Wizards of the Coast has announced that Magic: The Gathering will be getting five new 100-card Starter Commander decks on December 2 later this year, making them the perfect gift for anyone you know who is looking to get into the format.

Wizards of the Coast announced the news via an official blog post, revealing the names of all five decks along with their commanders. First up we have the First Light (White-Blue) deck which includes Isperia, Supreme Judge as its commander, as well as the Grave Danger (Blue-Black) starter deck which has Gisa and Geralf as its commander.

The three remaining decks are titled Chaos Incarnate (Black-Red), Draconic Destruction (Red-Green), and Token Triumph (Green-White) which have Kardur, Doomscourge; Atarka, World Render; and Emmara, Soul of the Accord as their commanders respectively. Unfortunately, that's all the information that Wizards of the Coast has provided on these decks at the meantime, although it does that more will be revealed before release. Unlike other Commander preconstructed decks, these are intended for absolute beginners, and are not tied into another set. 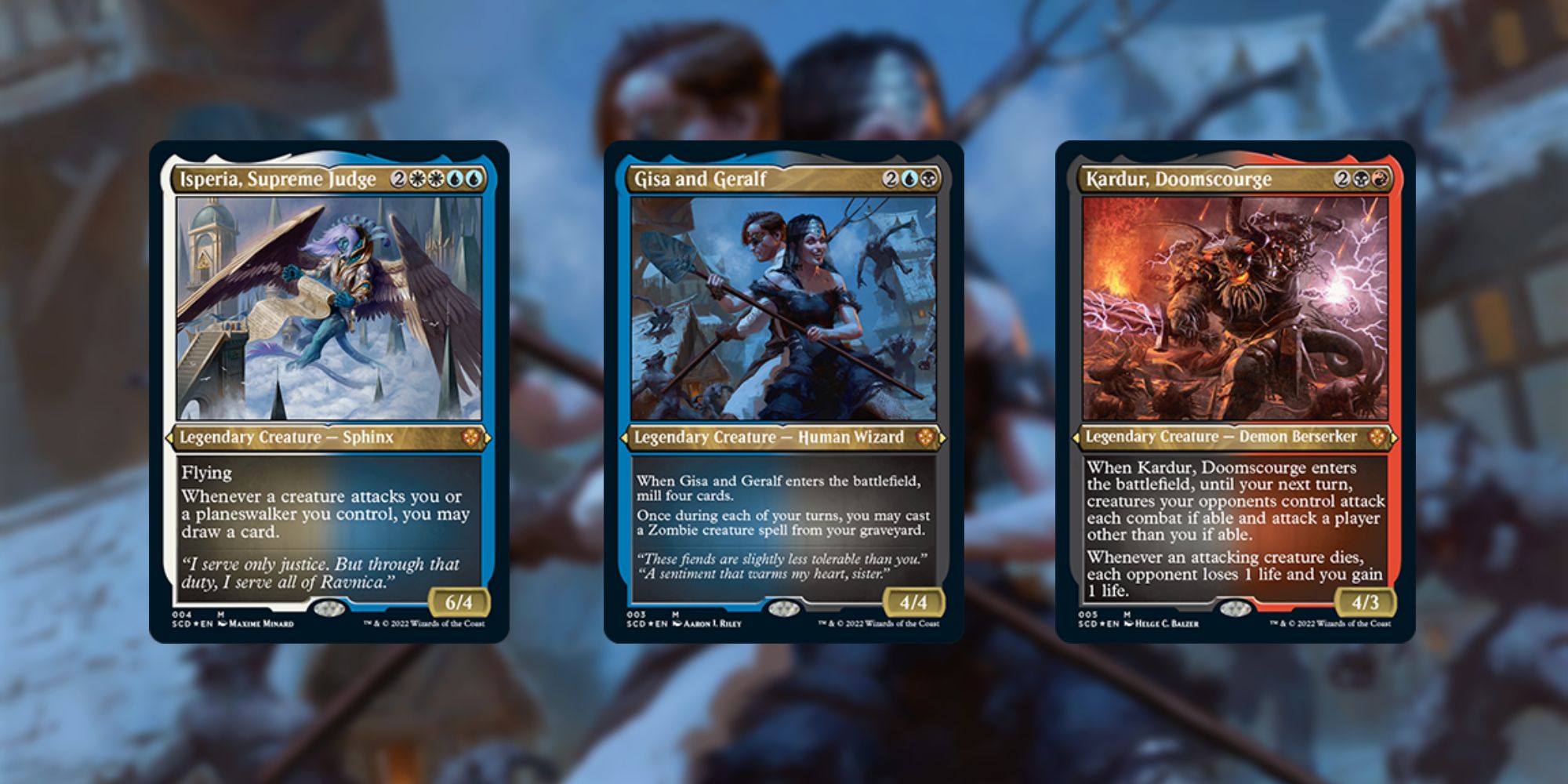 If you're someone who has wanted to get into Magic: The Gathering for a while or know someone who does, these decks are pretty much perfect for beginners. Commander is one of Magic's most popular formats and has you pick one legendary creature to act as a Commander and to build a deck around. Obviously, building an entire 100-card deck may be daunting for newcomers, but these newly revealed decks are pre-built and packed with a variety of cards, meaning you're ready to play a game as soon as you unbox them.

In other Magic: The Gathering news, a recent controversy surrounding the upcoming Magic 30 cosplay contest has convinced Wizards of the Coast to increase its cash prizes after initially offering up just $200 for first place. After popular Magic cosplayer Sprankle offered to pay up $1,000 of her own money to the winner of the contest, it was announced that the prize money for first place will be increased to $3,000 as well as a host of other goodies.