You are here:
Home / Magic The Gathering Arena’s Formats Explained: What Are Standard, Historic, Limited, And Brawl?

Magic The Gathering Arena’s Formats Explained: What Are Standard, Historic, Limited, And Brawl?

Magic the Gathering Arena might not have the dizzying number of formats the tabletop game does, but there's still a lot included for players to get stuck into. Each format has its similarities, but they're also radically different enough to make each of them their own experiences with new quirks and strategies to learn. 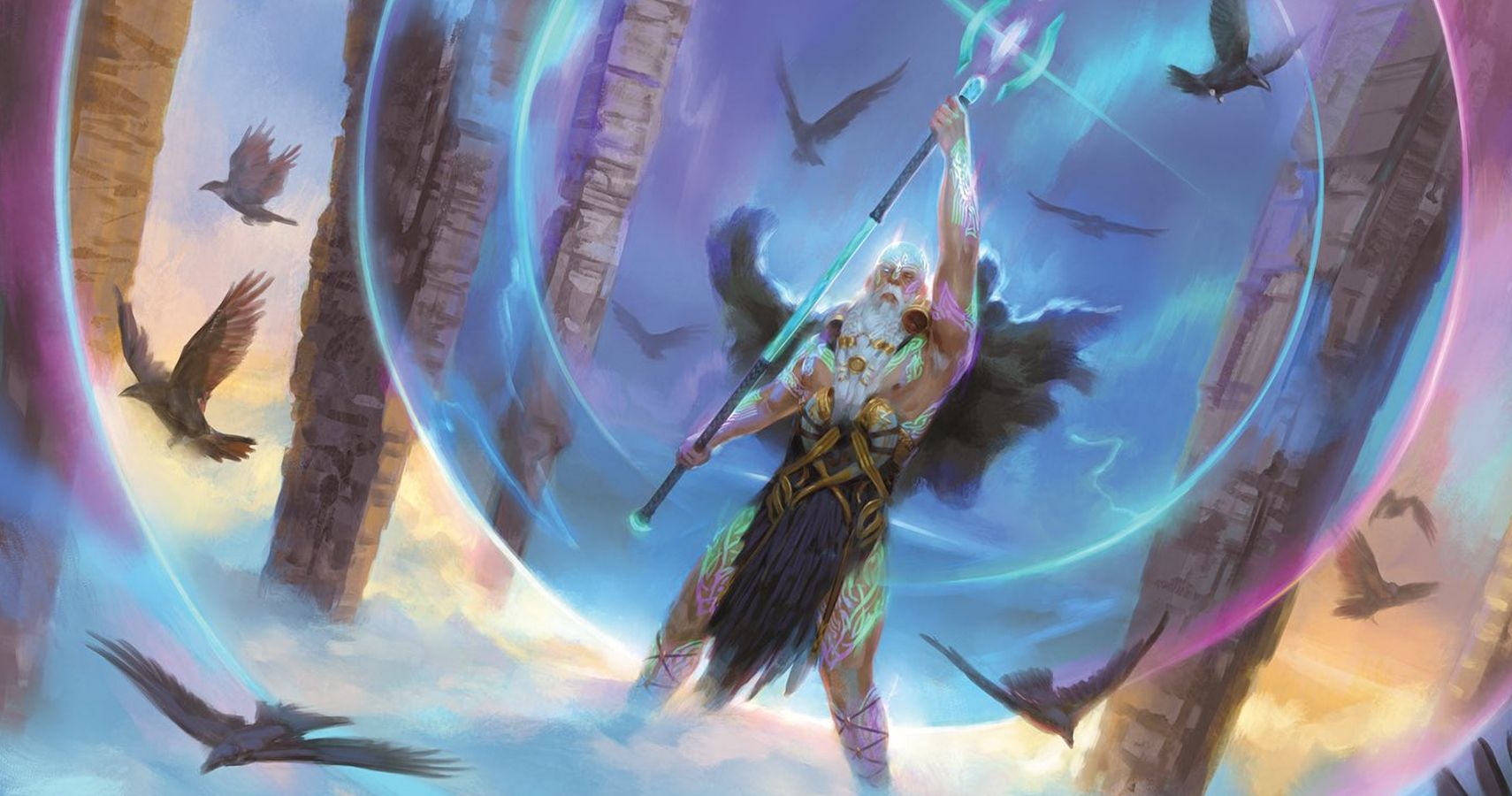 Standard is Magic's 'premiere' format, being the one most sets are primarily designed to support.

Standard is notable as being one of a handful of rotating formats, meaning cards will eventually leave the format and no longer become legal. Though this is a barrier to entry for some people, it also allows the format to remain fresh and prevent any particularly high-power sets (like the recently rotated out Throne of Eldraine) from completely dominating the metagame.

Rotation can be tricky to follow at times. Every year, around the launch of the early Autumn set, the four oldest sets in Standard are rotated out and are not longer legal. In 2021, with the launch of Innistrad: Midnight Hunt in late September, the annual rotation took place and Throne of Eldraine, Theros: Beyond Death, Ikoria: Lair of Behemoths and Core 2021 all rotated out. The next rotation will be with the launch of Dominaria United in Q3 of 2022, when Zendikar Rising, Kaldheim, Strixhaven: School of Mages, and Dungeons & Dragons: Adventures in the Forgotten Realms all move out of the format.

Arena splits Standard into two kinds, Best-of-One and Traditional. As the name suggests, best-of-one is a one-off game between you and an opponent, and it comes to an end when one player loses. Traditional, on the other hand, more follows the tabletop rules of being a best-of-three game. Between each game in a Traditional round, you are free to swap cards between your deck and your 15-card sideboard.

Arena also splits Best-of-One and Traditional into Ranked and Unranked modes. Ranked tracks your progression, with wins and losses moving you through the various ranks (the lowest being Bronze, and the highest being Mythic). These are much more focused and involved games than Unranked, where you're free to experiment with decks and work out what you like in a consequence-free environment.

Initially designed to be Arena's non-rotating format, Historic has taken on a new identity in the last year as being Magic's digital-only format, for better or worse.

Historic is still a non-rotating format, meaning it allows almost any card that has been released on Arena. It was intended to be a way for people to carry on playing their Standard decks once their favourite cards had rotated out, however it quickly became a fully-fledged format in its own right complete with its own metagame. That means cards from the following sets are legal in the format, and won't leave it unless they are banned for other reasons:

There have also been a number of made-for-Historic releases, such as Amonkhet Remastered, Kaladesh Remastered, the Historic Anthologies, and the controversial Jumpstart: Historic Horizons.

Historic Horizons marked a major shift for Historic, in that it introduced cards with mechanics made exclusively for digital play for the first time in Magic's history. These mechanics (Seek, Conjure, and Perpetual) all use Arena to keep track of things that would be difficult to do on paper, though many people felt that their inclusion created a division between the Historic format and wider Magic.

So while you can still see Historic as the non-rotating format for Arena, it's also become its own thing; a digital-only answer to the likes of Legends of Runeterra, Gwent, and other digital TCGs.

Like Standard, Historic is available in best-of-one and Traditional best-of-threes and comes in ranked and unranked modes.

MTG Arena doesn't have tabletop's most popular format, Commander. The card pool is too much work to bring to the game, and it would require an entire overhaul of player networking to support the recommended four players. There is an alternative, though: Brawl.

Brawl borrows a few ideas from Commander. Decks can only feature one copy of any card that isn't a basic land, and they must all fit into the colour identity of your 'Commander', a Legendary creature who leads the deck. Unlike Commander, though, Brawl only uses 60 cards, a maximum starting life of 30, and all cards must be legal in the current Standard format. Brawl can also use Planeswalkers as their Commanders, which is a major departure from the normal Commander rules.

Brawl wasn't very popular when it first debuted with Throne of Eldraine's Brawl decks, with the decision of it being based on Standard rotation being particularly unpopular with those who enjoy the eternal nature of Commander. Despite that, Brawl quietly chugged along, building up a community, metagame, and even a fairly comprehensive banlist.

Historic Brawl is a much newer addition to the Magic Arena formats, only being added as a permanent fixture with the release of Historic Horizons in late 2021. Originally Historic Brawl followed the exact same rules as its Standard sibling but was eventually brought more in line with Commander by having its deck size increased from 60 to 100.

These days, Historic Brawl is the vastly more popular version of the format, thanks to it being the closest thing Arena has to Commander. It isn't the same experience – it's a lot more competitive thanks to all of your attention being focused on one player rather than three – and its ban list is a lot more restrictive because of it being based on the wider Historic format, but it's still an enjoyable format that's different from anything else on Arena.

Unlike Standard and Historic, neither variant of Brawl has a ranked option.

Unlike Standard, Historic, and Brawl, Limited isn't technically a permanent format option in Arena. That being said, there is almost always some form of limited event going on in-game, and so is still worth mentioning.

Limited formats use a smaller card pool than other formats – most often a few booster packs at most, though sometimes a larger 'Cube' of a few hundred cards might be used. Players construct their decks from these cards and then play against each other with them in an enclosed, limited environment. Limited formats are an excellent way to experience a set before getting stuck into constructed brewing, and can also be great for boosting your collection at the same time.

There are two main limited formats on Arena: Draft and Sealed. Draft has a group of eight players all take turns picking cards from a shared pool of booster packs, and making a 40-card deck out of whatever they've selected, while Sealed has each player open their own packs and make decks from the pulls. In the majority of cases, entrance into these games requires some form of payment, be it in-game coins, the gem microtransaction currency, or a 'draft token' you can earn through the Mastery Pass.

One important thing to note is that, in Arena, you don't necessarily play against the people you've drafted against. While this does differ massively from paper drafting, it also allows for more freedom to drop in and out as you please without upsetting seven other players.

The best time to play Limited formats is around the launch of a new set. Events are held in-game all the time though, so keep an eye on the main menu to see what's available.