You are here:
Home / Magic: The Gathering Arena – What Are Golden Packs?

Magic: The Gathering Arena – What Are Golden Packs?

Magic: The Gathering Arena’s economy can be a tricky thing to work around. Making a decent deck can require dozens of wildcards and opening an incredible amount of booster packs to get the cards you need.

Fortunately, Wizards introduced Golden Packs to help solve this problem. Getting format-defining cards isn’t as tough as it used to be thanks to these, and you’ll be rewarded with them just for opening other packs – something you’re already doing. Here’s everything you need to know about MTG Arena’s Golden Packs.

What Are Golden Packs? 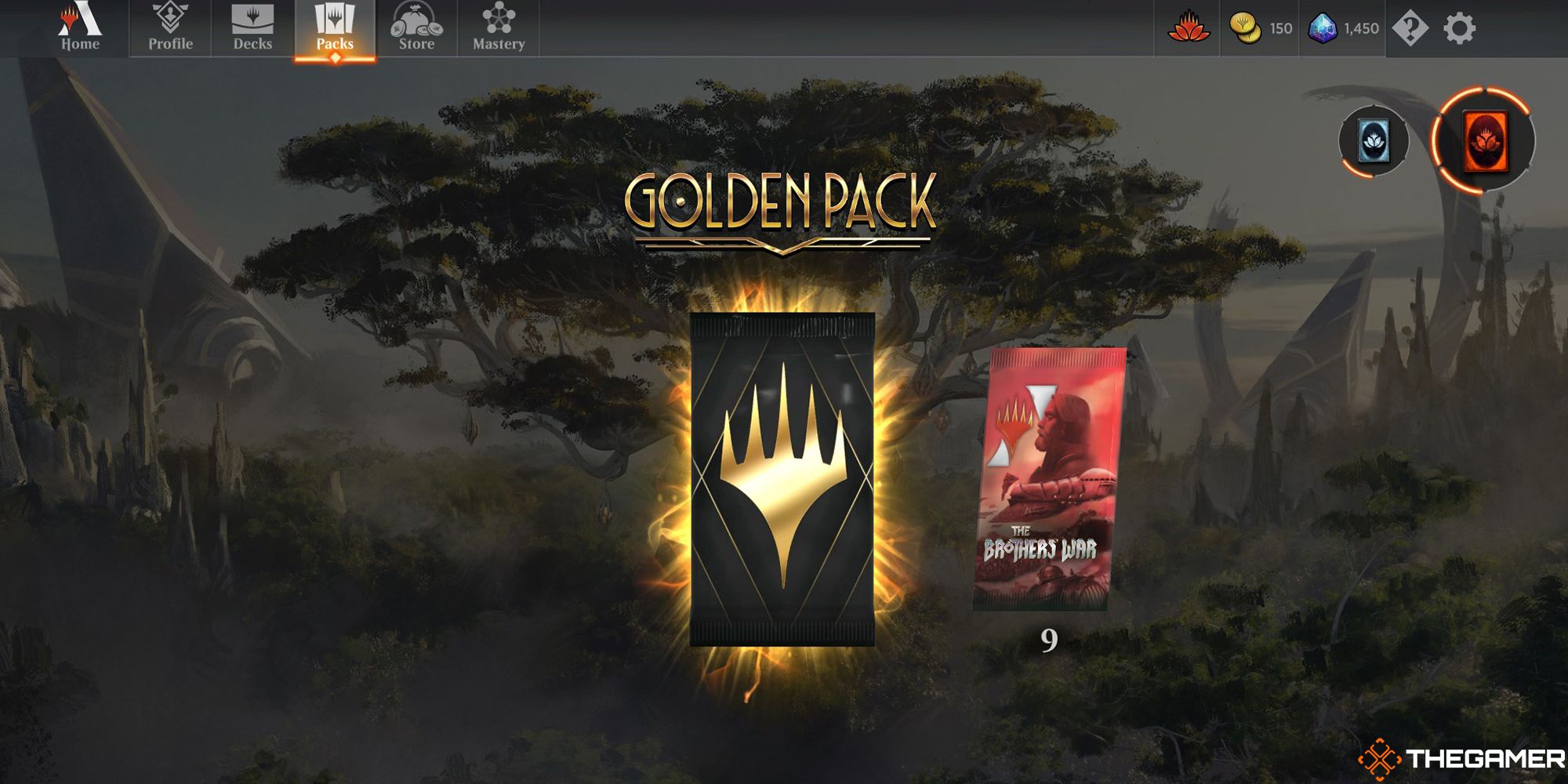 As mentioned, Golden Packs are Wizards’ way of making it less difficult to make the decks you want to play. While most players will have hundreds of common or uncommon wildcards to hand, crafting those last few rares and mythic rares can be difficult – which is where Golden Packs come in.

Each Golden Pack contains six cards, with one guaranteed mythic rare, while the other five will be either rare or mythic rare. The actual contents of the pack will differ depending on when you bought it, but they include two cards from the most recent Standard-legal set, while the rest will be from older Standard sets.

While this sounds good on its own, there are two further aspects of Golden Packs that make them so good. The first is that there is no chance of getting duplicates in the same pack, ensuring you’re always getting a variety of cards instead of being stuck with the fourth copy of that chaff rare you didn’t really want. 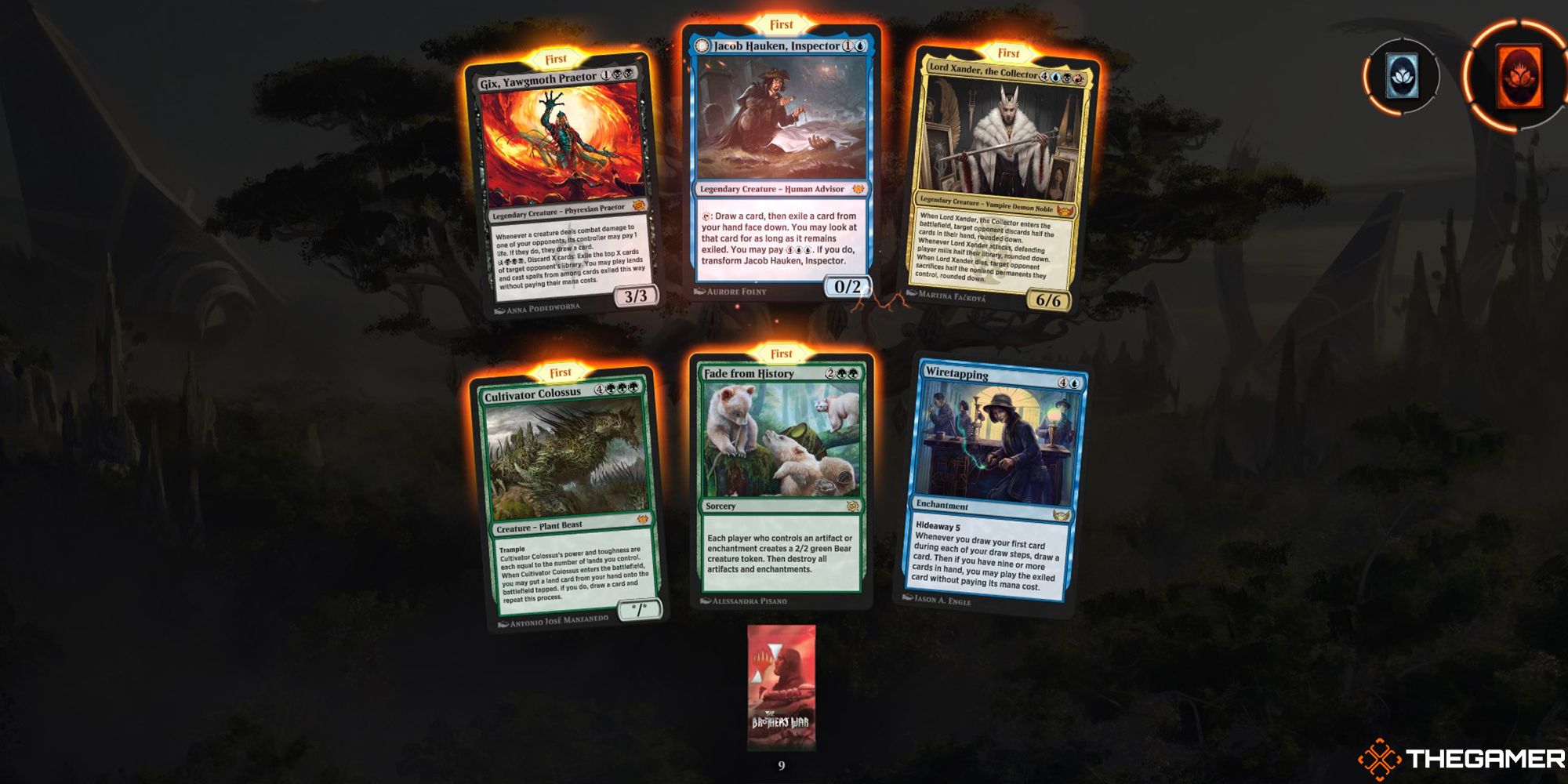 The second is that if you own four copies of a card already, you won’t get any more. The pack will always give you cards you don’t already have four of, or, if you’ve collected four of every rare and mythic rare in Standard, you will be credited with gems instead. This ensures you’re getting new cards to play with for as long as possible, and you’ll still be rewarded even once you finish your collection.

The one catch with Golden packs is they don’t affect your wildcard chances. While opening a normal booster pack increases the chance of you pulling a wildcard in the next one, golden packs have no impact on this, and you will never pull a wildcard in a golden pack. However, they do contribute towards your guaranteed wildcards, as signified by the wheel in the top right of the booster pack opening screen.

How To Earn Golden Packs 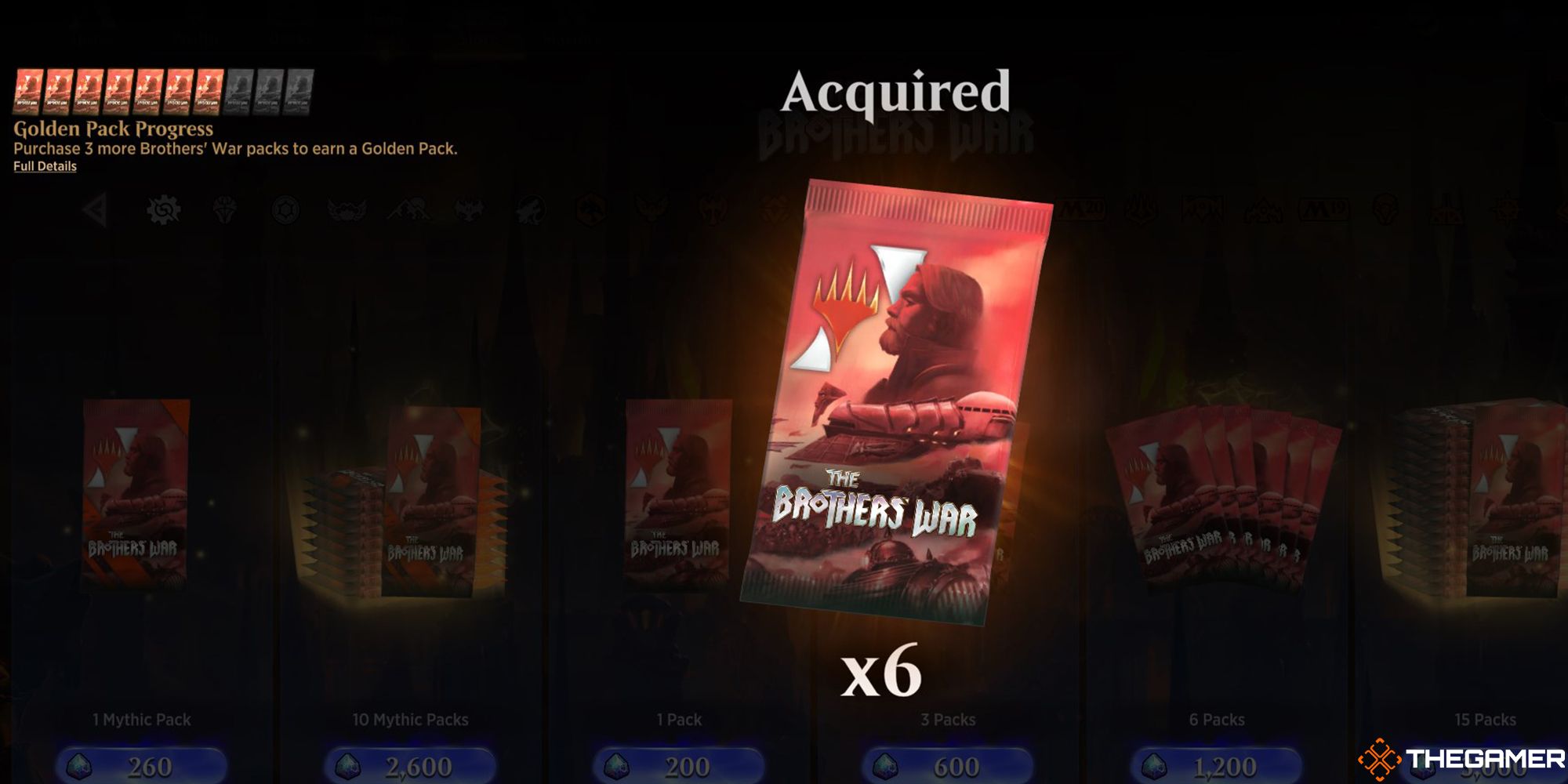 To acquire booster packs, you can buy them through the in-game store for 1000 Gold or 200 gems each (or 1,300 Gold and 260 gems for a Mythic booster). Considering you can earn Gold very quickly through completing daily and weekly quests, you should be able to buy at least a couple of booster packs per day to tick up your Golden Pack counter.

Keep in mind that only booster packs you purchase with gems or Gold will progress your Golden Packs. Packs earned through the Mastery Pass, by completing in in-game events, from the codes found in physical pre-release packs, or by using the freebie codes provided by Wizards for each set will not earn you progress towards a Golden Pack.