You are here:
Home / Magic: The Gathering – 6 Great Budget-Friendly Tribes For Commander

Magic: The Gathering's Commander format has become one of the most widely popular ways of playing the game, allowing you to construct decks around a legendary creature of your choice. While the Commander format is home to a massive variety of deck archetypes, tribal decks are an excellent option for players new to the format, as focusing on a given creature type can make the process of constructing a deck with such a massive legal card pool less daunting.

However, while some tribes are incredibly accessible, others can be rather financially strenuous to optimize. So, to help new players to the Commander format and those looking to build a tribal deck on a budget, we're going to examine several powerful yet budget-friendly tribes worth considering for your Commander deck. 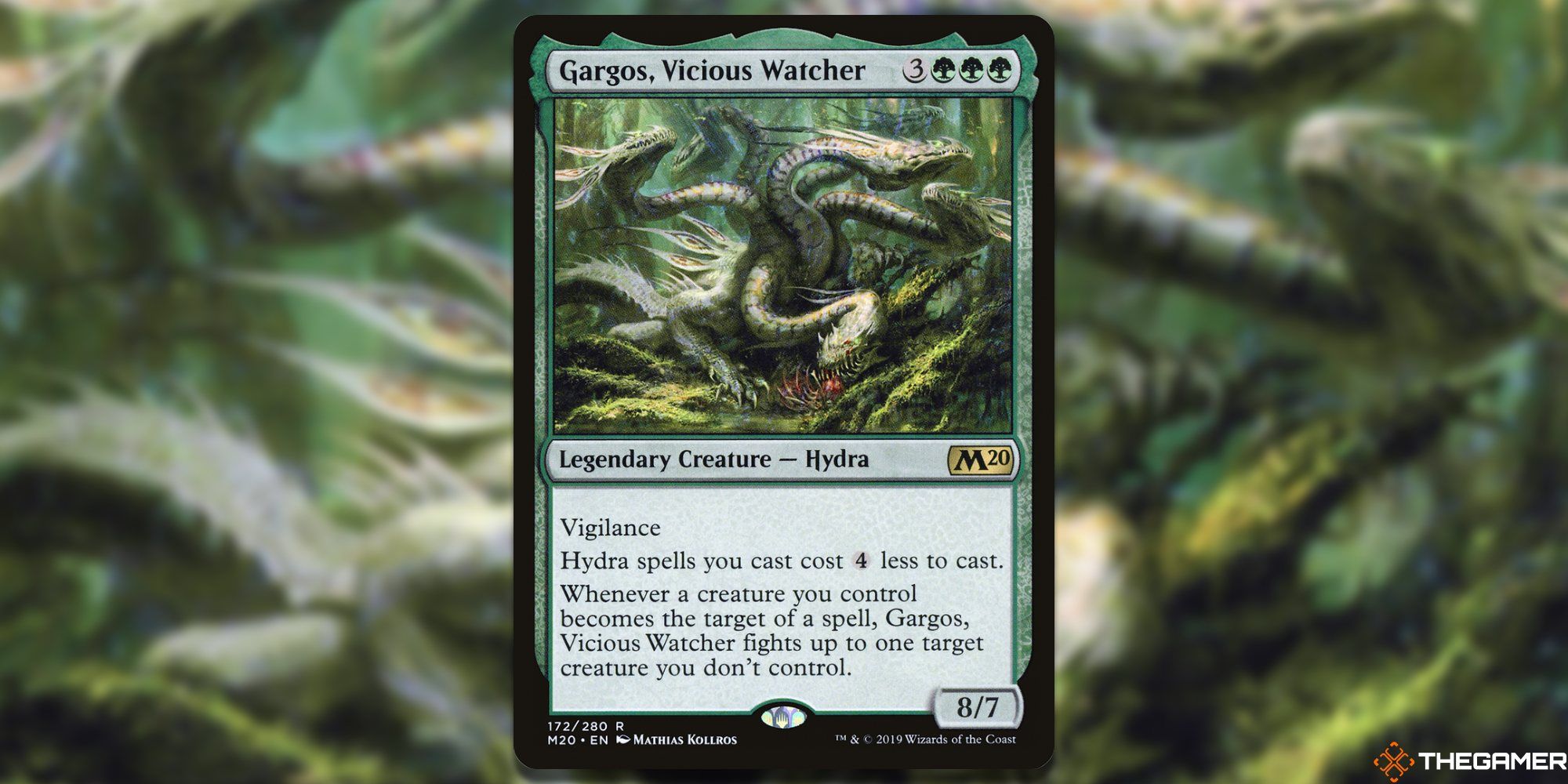 Associated with green mana, Hydras are a creature type characteristically known for having X in their mana costs, growing proportionally in strength equal to the amount of mana spent to cast these creatures. While a small number of Hydras have significant price tags attached to them, the vast majority of creatures of this type are less than a dollar each, meaning the bulk of the Hydras in a tribal deck won't require much spending.

Additionally, the two premier Hydra-tribal commanders — Gargos, Vicious Watcher, and Zaxara, the Exemplary — are each notably affordable in their own right, while offering significant value to decks rife with Hydra cards. This means that decks helmed by either of these commanders can be viably assembled on a budget, while leaving room for those looking to potentially upgrade their deck later down the line to do so. 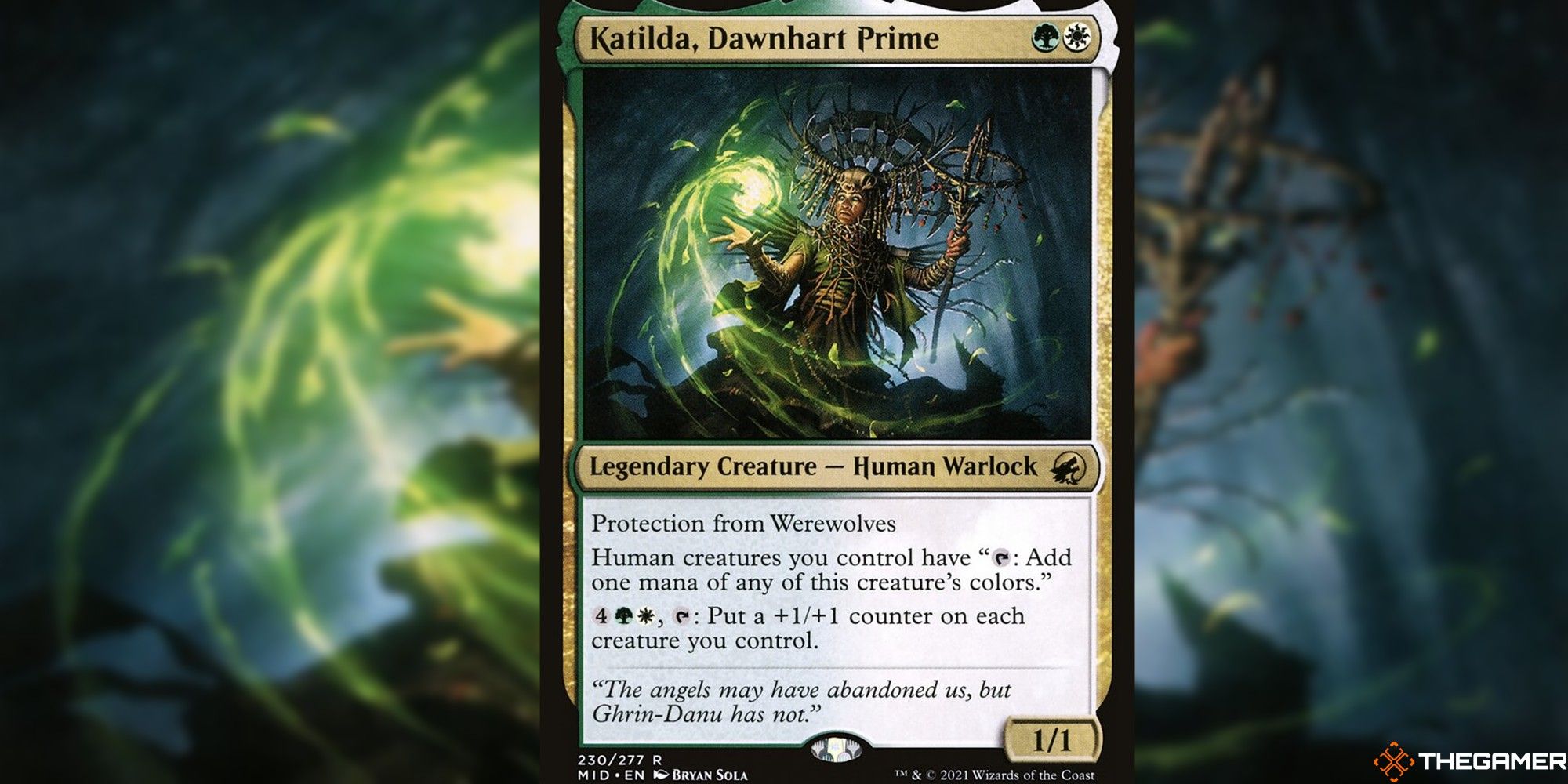 Humans are among the most prominent creature types in all of Magic. While they are a tribe that has synergies in several color identities, Selesnya (green/white) Human decks are notably cheap to construct. With several potent-yet-affordable commander options — Kyler, Sigardian Emissary; Katilda, Dawnhart Prime; and Sigarda, Heron's Grace — Selesnya Humans provide several important traits that can help you excel within the Commander format.

Most notably, this archetype has access to an efficient mana ramp (especially when you select Katilda, Dawnhart Prime as your commander), as well as a litany of powerful offensive options that can help you deal serious damage to your opponents. Though many standalone Humans may tote high price tags, the majority of Selesnya humans that specifically synergize with the Human creature type are far from expensive, making decks of this archetype quite affordable to construct. 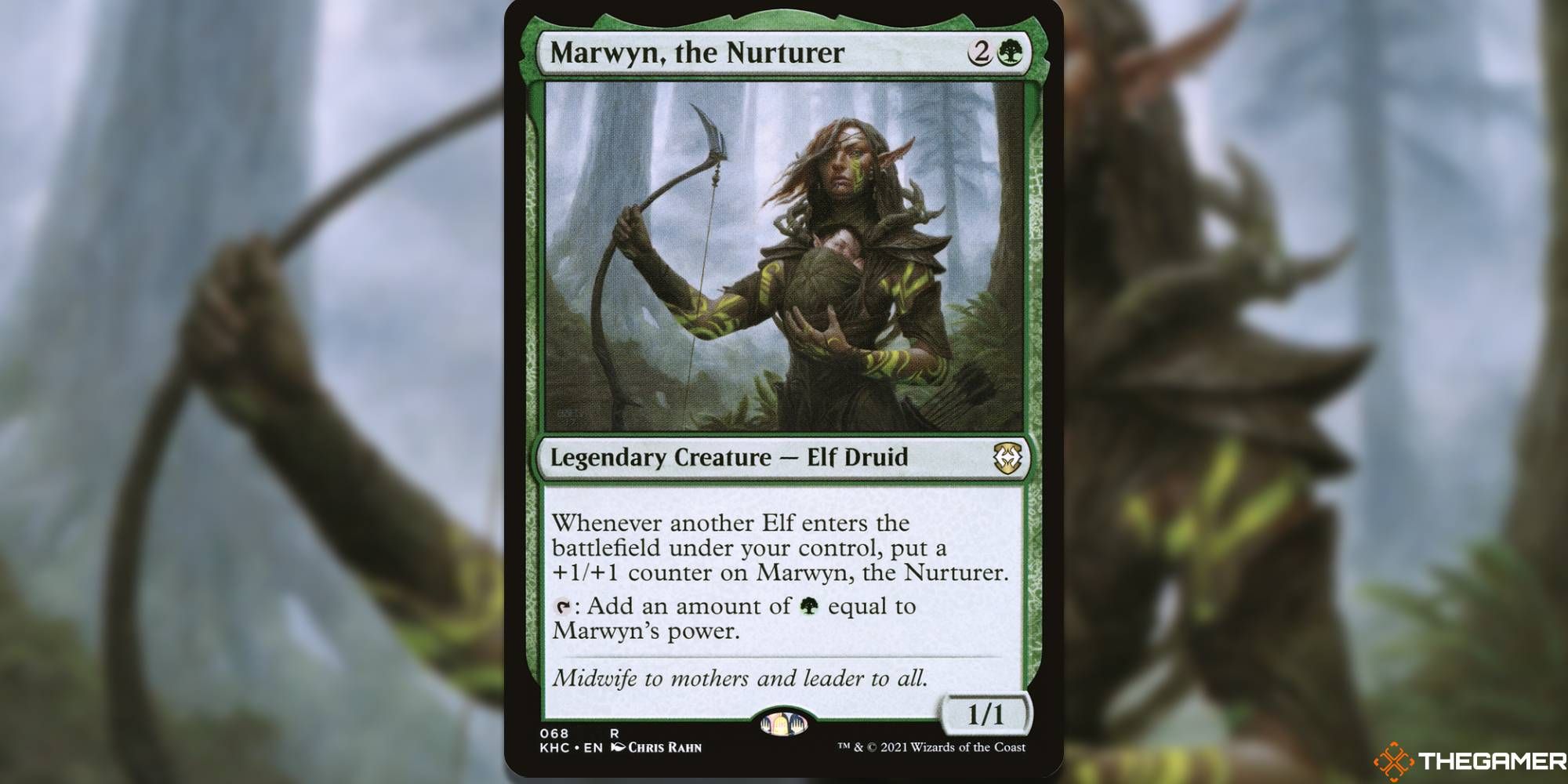 Elves are among the most iconic tribes in the history of Magic, serving as a viable deck archetype in a myriad of formats. Elves are primarily known for their ability to produce massive sums of mana and populate a board with a sizable number of creatures. Like Hydras, Elves are a tribe most often associated with Green mana. However, there are several budget-friendly means of fast-tracking the construction of a budget-friendly Elf deck. This is largely in part due to the Elvish Empire preconstructed deck functioning as a great on-ramp to this powerful tribe, featuring a sizable number of Elf-tribal staples and a powerful Golgari (black/green) spin on the traditionally mono-green tribe.

For those not interested in upgrading a preconstructed commander deck, a sizable number of Elf-tribal staples have been reprinted numerous times, significantly shrinking their price tags. Furthermore, Elves have access to several powerful-yet-beginner-friendly commander options that won't strain your wallet, such as Marwyn, the Nurturer, and Abomination of Llanowar.

A tribe strongly associated with black mana, Zombie decks are known for their resilience, as Zombies are often accessible from your graveyard in some capacity. Zombie decks come in a wide variety of forms, with some focusing on the use of a graveyard as a secondhand and others looking to make the most out of powerful sacrifice-based effects through repeated sacrifices of your Zombies.

As Zombies have been a critical black tribe in Magic for decades, there's a massive number of impactful Zombies that won't break the bank. There are also several budget-friendly Zombie-tribal commanders — Varina, Lich Queen; Sidisi, Brood Tyrant; and Ghoulcaller Gisa — each of which provides access to different color identities. For those comfortable with starting with a preconstructed deck as the base for their deck, the Undead Unleashed precon (led by Wilhelt, the Rotcleaver) and the recent release of the Grave Danger Commander starter deck (led by Gisa and Geralf) are each great places to start. 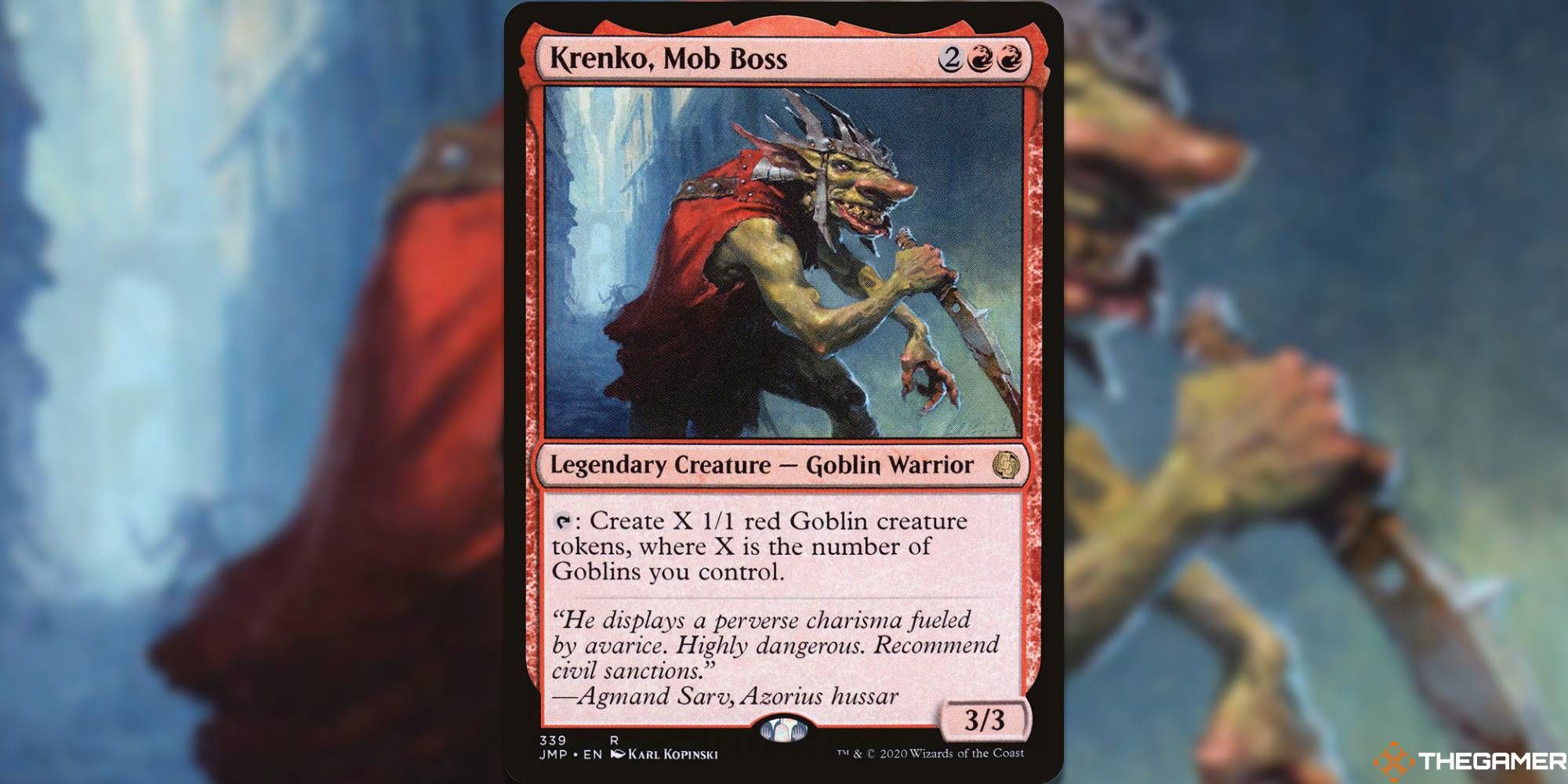 Dating back to the earliest days of Magic, Goblins are a red tribe most often associated with aggression and their ability to bolster their numbers. While Goblin-tribal is an archetype that has never received a preconstructed Commander deck, this creature type is incredibly budget-friendly. This is largely due to Krenko, Mob Boss being an incredibly self-sufficient card.

For the cost of four mana, Krenko may be tapped to produce a 1/1 Goblin token for each Goblin you control, effectively doubling the number of Goblins you control each turn. This means that Krenko decks tend to care more about the quantity of their Goblins rather than the quality. This means that by including your favorite budget-friendly Goblins within a Krenko deck, this commander can still consistently churn out massive armies of tokens, reliably enabling aggressive gameplay. 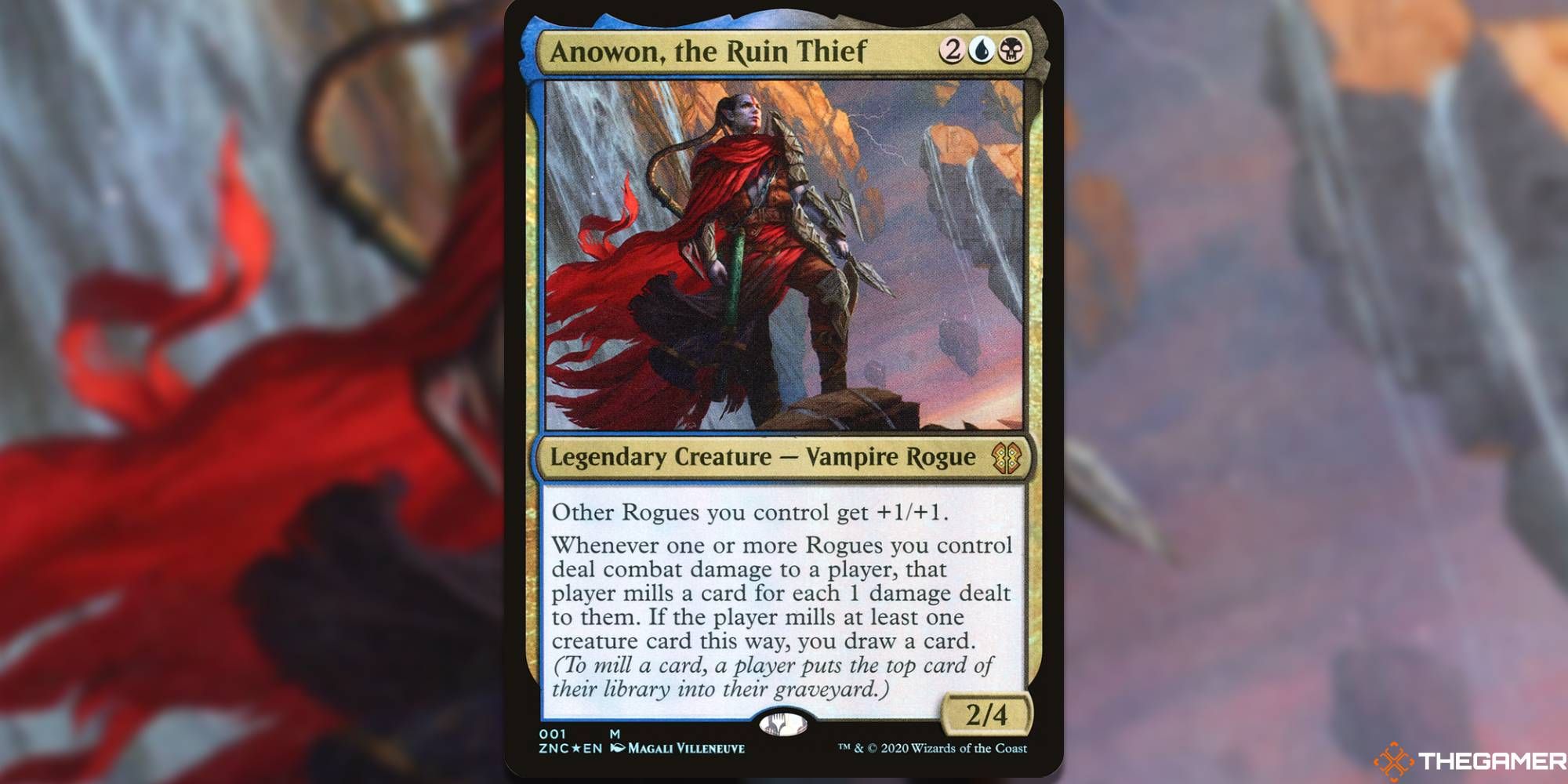 Like Elves, Rogues are a tribe that can allow a player to immediately start playing Commander on a tight budget thanks to the Rogue-tribal preconstructed deck, Sneak Attack. However, while the Elvish Empire deck is most often found being sold online above its MSRP, Sneak Attack is a deck that can be easily found available online for as low as $15. Sneak Attack is a solid preconstructed deck helmed by the premier Rogue Tribal commander, Anowon, the Ruin Thief. It's a card that converts your evasive rogues into both an engine of mill as well as an engine of card draw.

In addition to this deck being quite cheap, many other stellar Rogues that aren't found within the deck — such as Thieves' Guild Enforcer, Nighthawk Scavenger, and Ghostly Pilferer — don't demand particularly high price tags. For those looking to start playing a tribal deck on the tightest budget possible, it's hard to compete with the financial value of Rogues.