You are here:
Home / Magic: The Gathering – 10 Planeswalkers And Their Pokemon Partner

Magic: The Gathering – 10 Planeswalkers And Their Pokemon Partner

Over the years Magic: The Gathering and Pokemon have both had their fair share of team-ups, cross-overs, and partner pairings; but never have the two crossed paths, until now. Both Magic and Pokemon have been around since the '90s, and pairing them up together seems like a natural fit for two iconic IPs.

With a huge cast of powerful planeswalkers in Magic, and more than a thousand unique Pokemon to bring together, there are tons of possibilities should a planeswalker head to the Pokemon universe. While there, they could pick up a partner Pokemon to take with them on their adventures and travel the multiverse together. 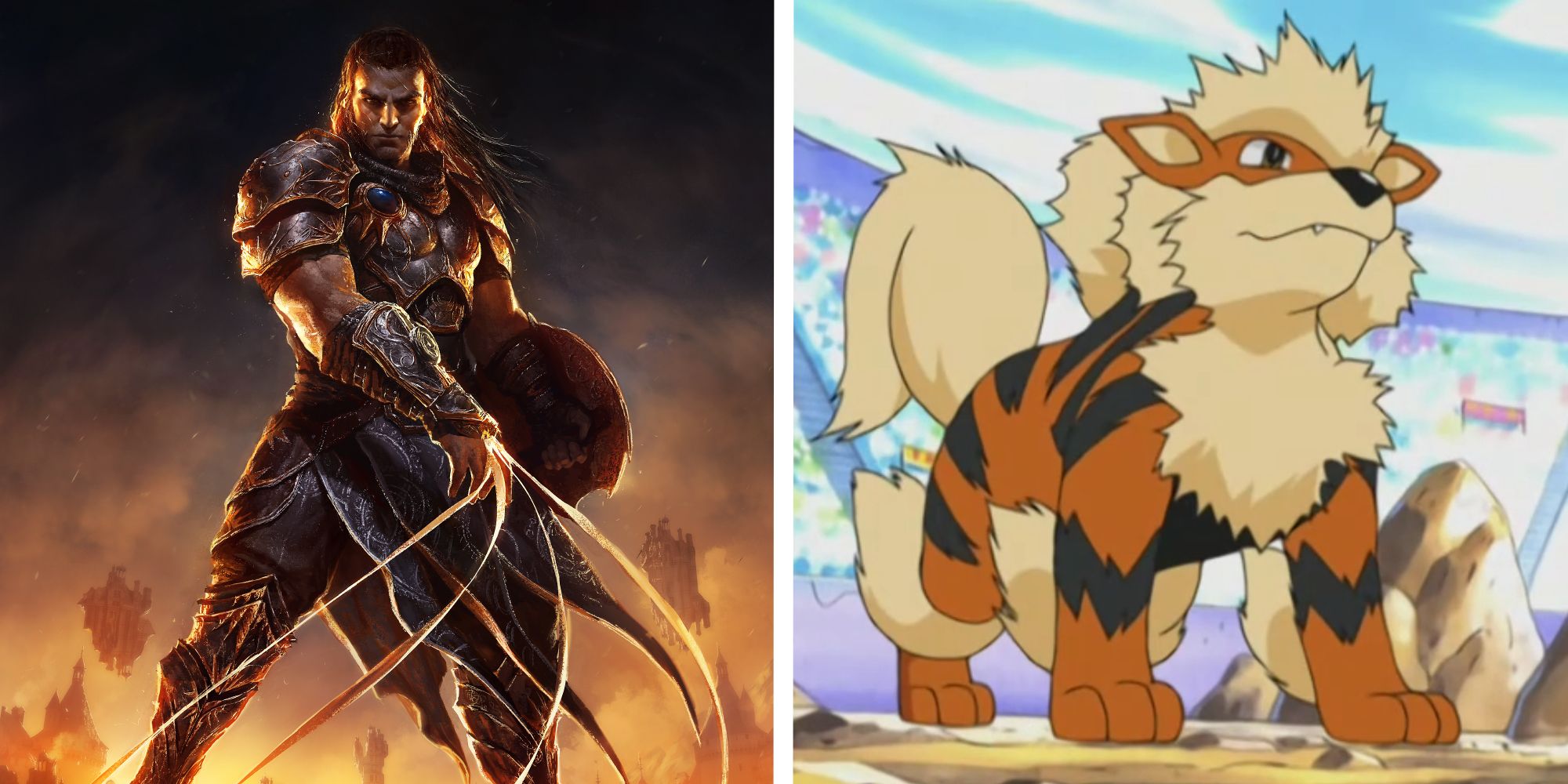 The good-natured soldier of Magic deserves a loyal partner to help protect the innocents of the world, so what better partner than Arcanine. The fiercely brave and extremely loyal fire-type pupper is the perfect partner Pokemon for Gideon, who is driven to defend the innocent, no matter what world he is visiting. With Arcanine by his side, the two of them could take down any evil that threatens the multiverse. 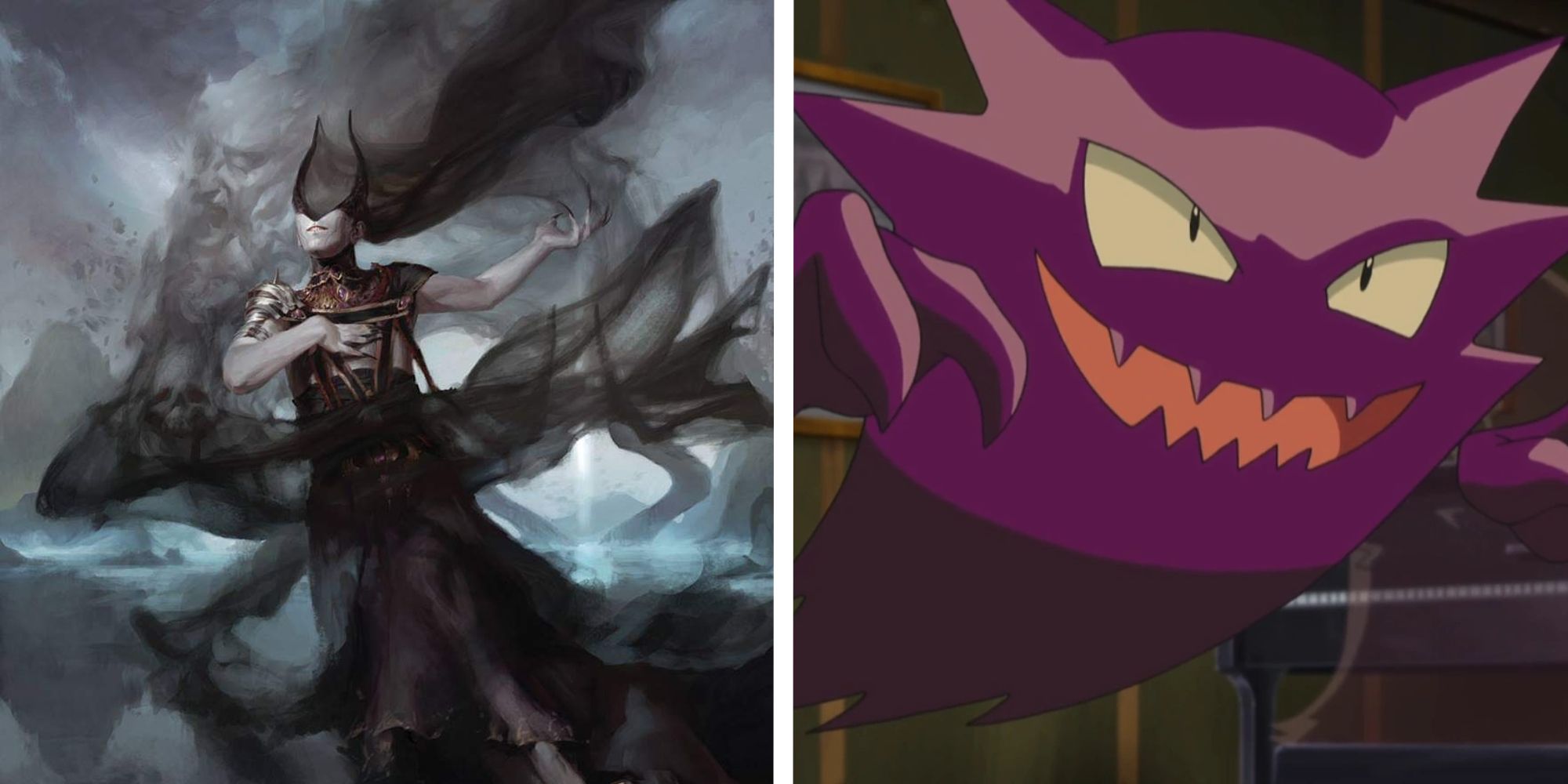 The nightmare weaver Ashiok deserves an appropriate Pokemon partner, and what better choice is there than the ethereal gas Pokemon, Haunter? Both Ashiok and Haunter enjoy traversing people's dreams in their free time. Ashiok draws power from people's fears, traversing their nightmares to find what scares them most, while Haunter can absorb its victim’s life energies away and can put people to sleep with its Hypnosis attack to help Ashiok find out their greatest weaknesses. 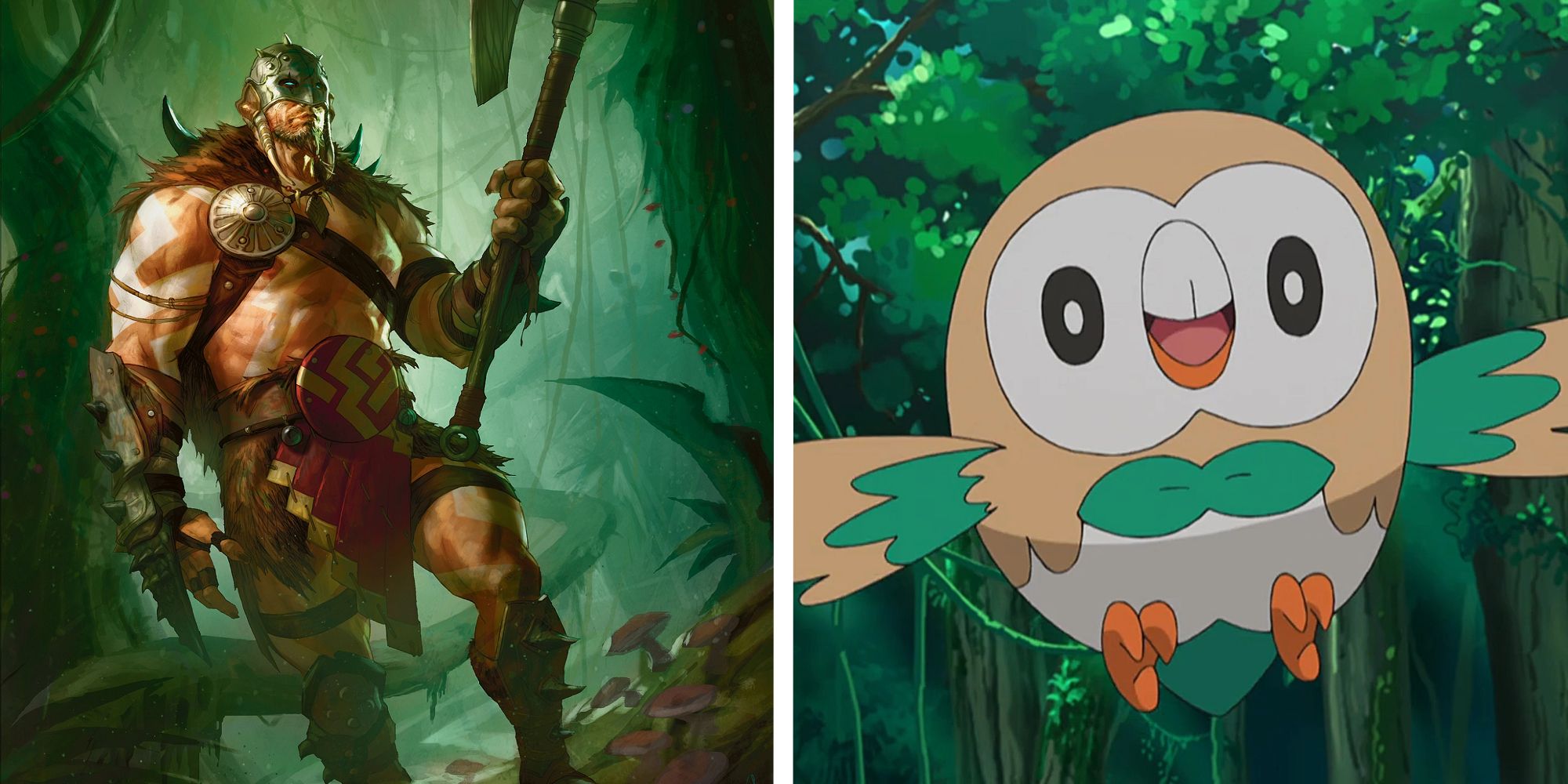 At his core, Garruk is a big softie at his core who loves all nature’s creatures. Pairing him up with Rowlet, easily one of the cutest grass-type Pokemon from the games is a perfect fit. The two of them would grow together while on their adventures, hunting monsters across the planes and nurturing the growth of the world.

Garruk would protect Rowlet and help it evolve into its final form. Then the two could hunt the most dangerous beasts together across the multiverse buddy-cop style. 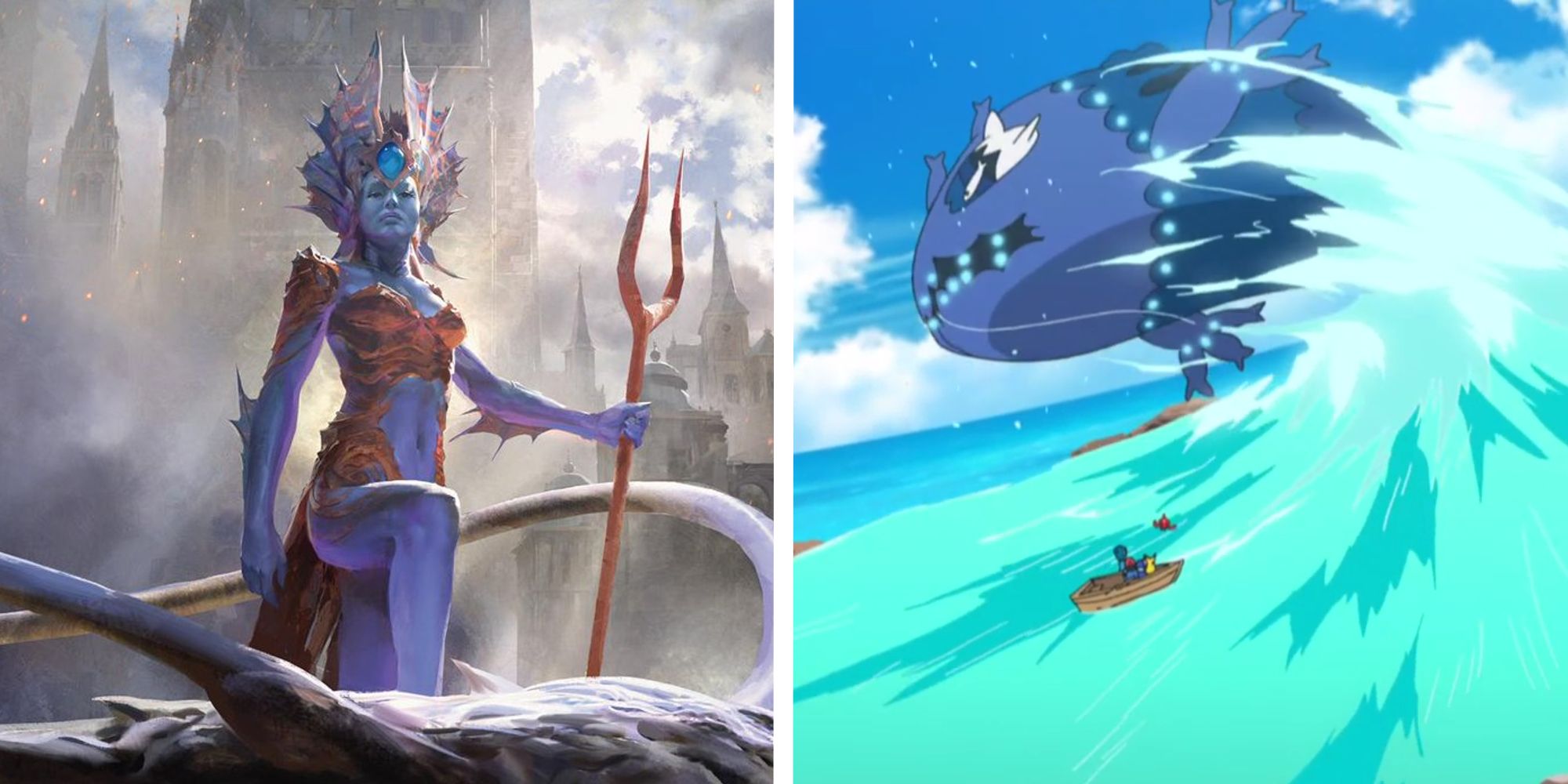 From deep beneath the seas comes Kiora and her partner Pokemon, Wishiwashi. It would have been easy to pair Kiora with Tentacruel given Kiora’s natural affinity for Krackens and other deep-sea serpents, but Wishiwashi feels like it embodies the ocean and Kiora herself a little better. Wishiwashi starts off as a lonely little cutie but quickly grows into a force of nature once it activates its Schooling ability. The two of them would make the perfect pair as they explore the depths of each plane they come across. 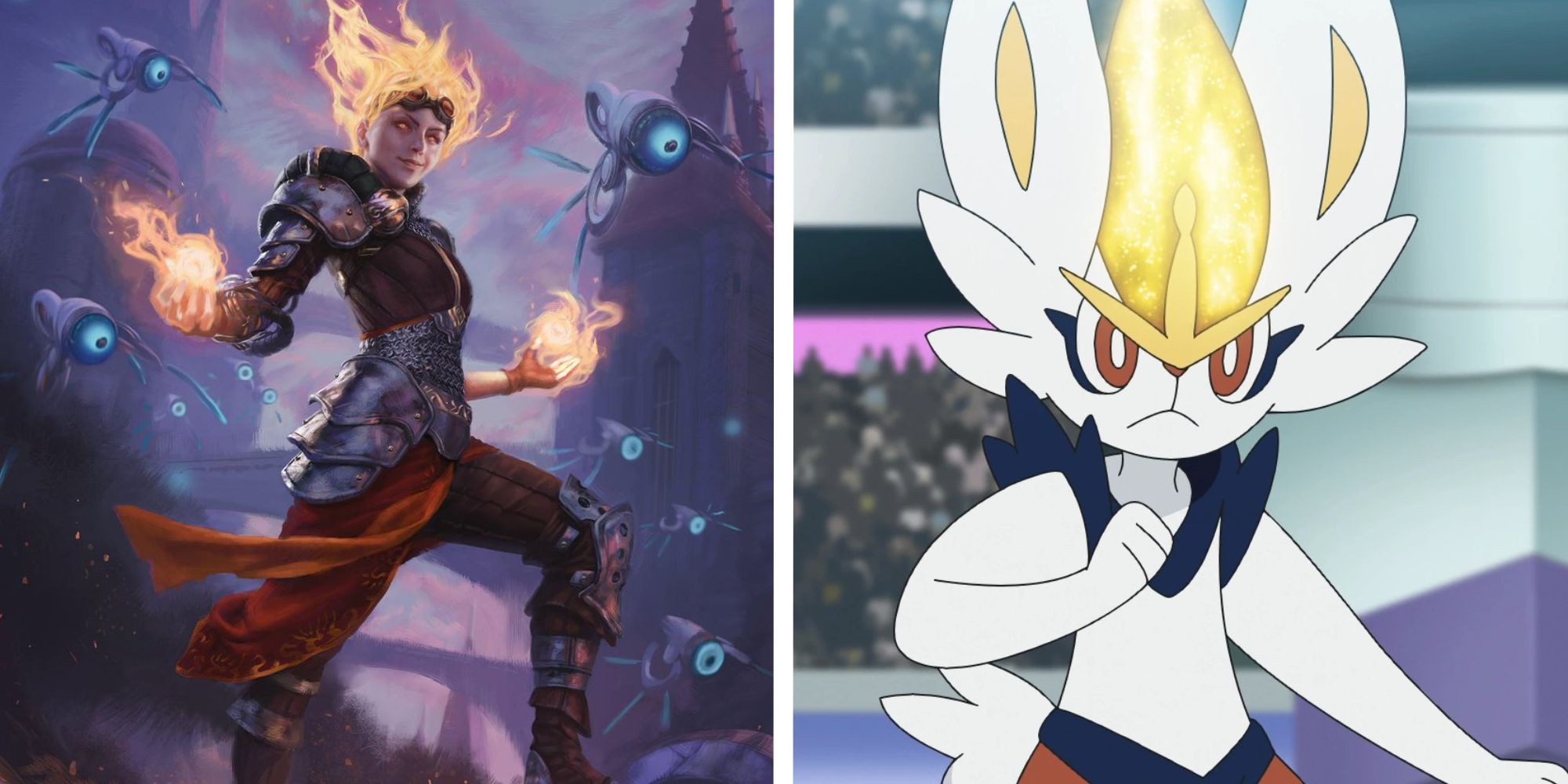 Everyone's favorite fiery pyromancer certainly has plenty of cool fire-type Pokemon to choose from as her Pokemon partner, but Cinderace is a perfect pick for Chandra. Both are hot-tempered and prominently feature open flames in their design, Chandra with her hair and Cinderace with its favorite pebble-turned-fireball. When Gigantamaxed, Cinderace’s fireball grows to massive proportions, much like Chandra who can incinerate her foes with extremely powerful fire magic when given a boost in mana. 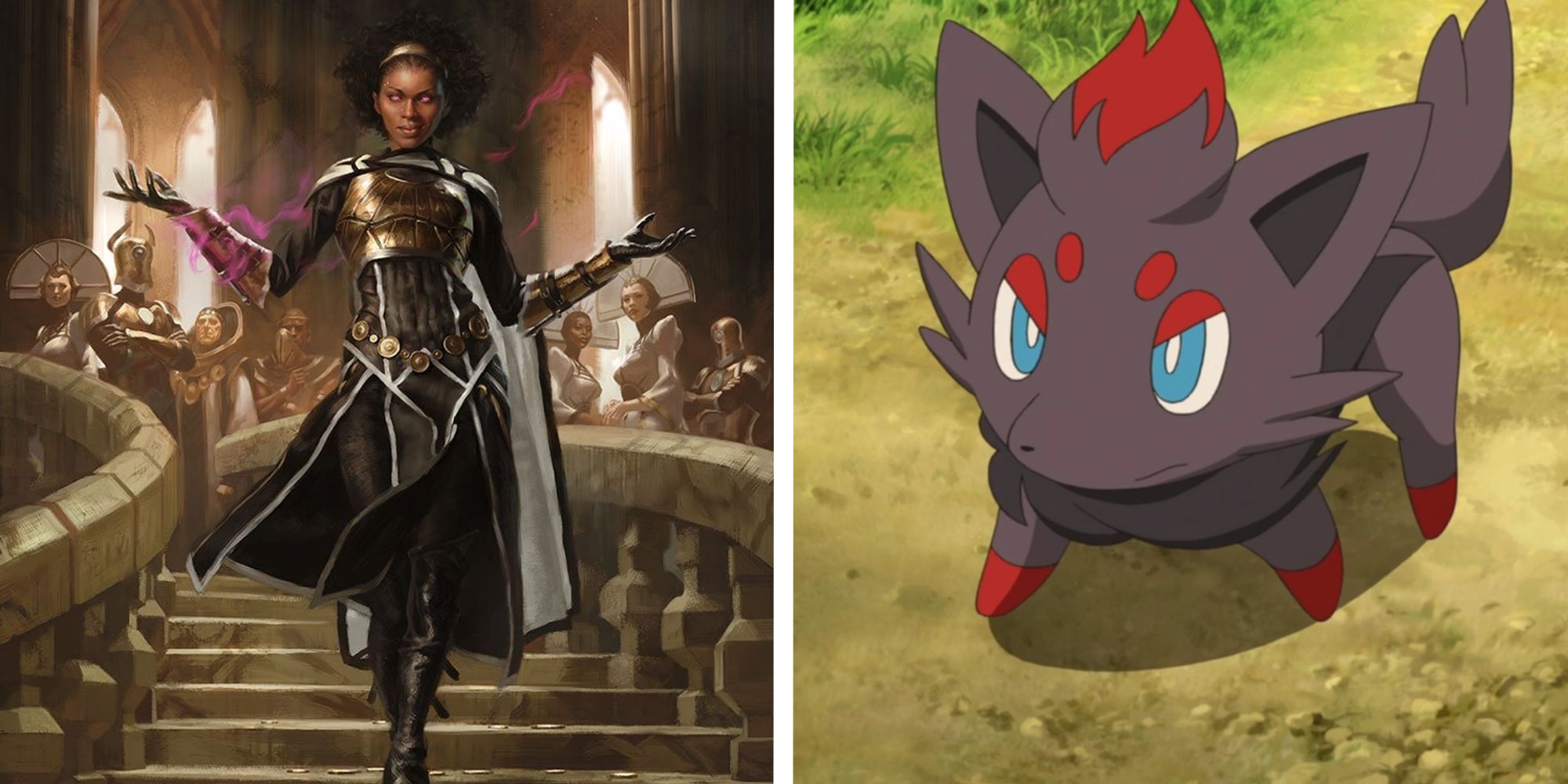 In the city-wide plane of Ravnica, Kaya and Zorua could navigate the city with ease thanks to their skills. Zorua is known as the Tricky Fox Pokemon, because of its ability to cast illusions on itself to resemble other Pokemon and occasionally, people. With Kaya leading the Orzhov Syndicate and their ghastly banking system, the two could rule the streets of Ravnica.

These two would be destined to be each other’s Pokemon and Trainer if the two universes collided, as Kaya can see through and dispel any illusion, likely being able to find Zorua where ever its hiding. 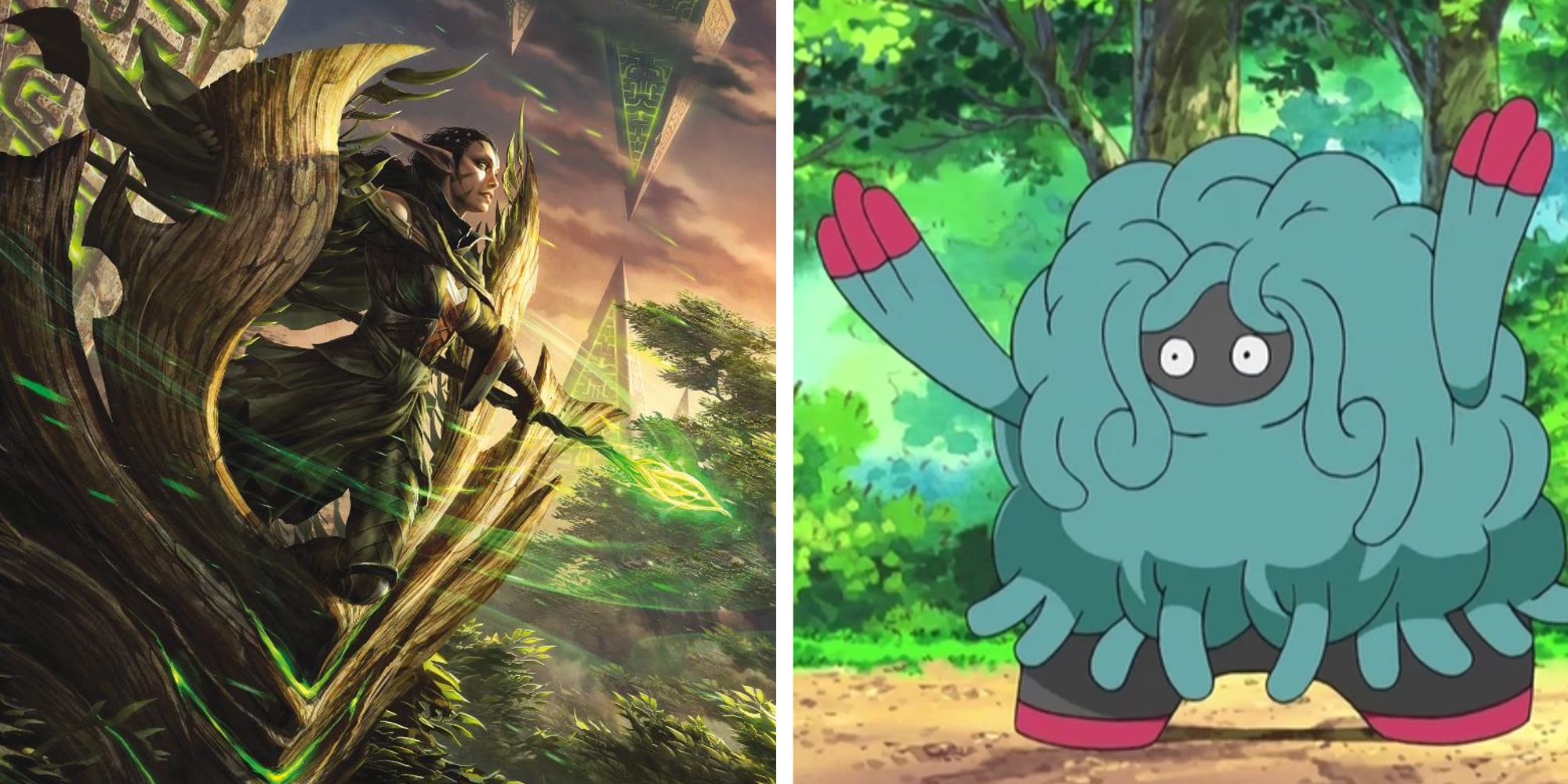 Nissa might already have an elemental partner in Ashaya but were she to travel to the Pokemon plane she’d find a new partner with Tangrowth. Much like the twisting forests of Nissa’s home plane of Zendikar, Tangrowth is a mass of vines and can appear to be just a large bush if it stands still. Nissa has a deep connection to nature and the mana of plants, and with Tangrowth, a living forest, the two could cultivate a healthy forest together. 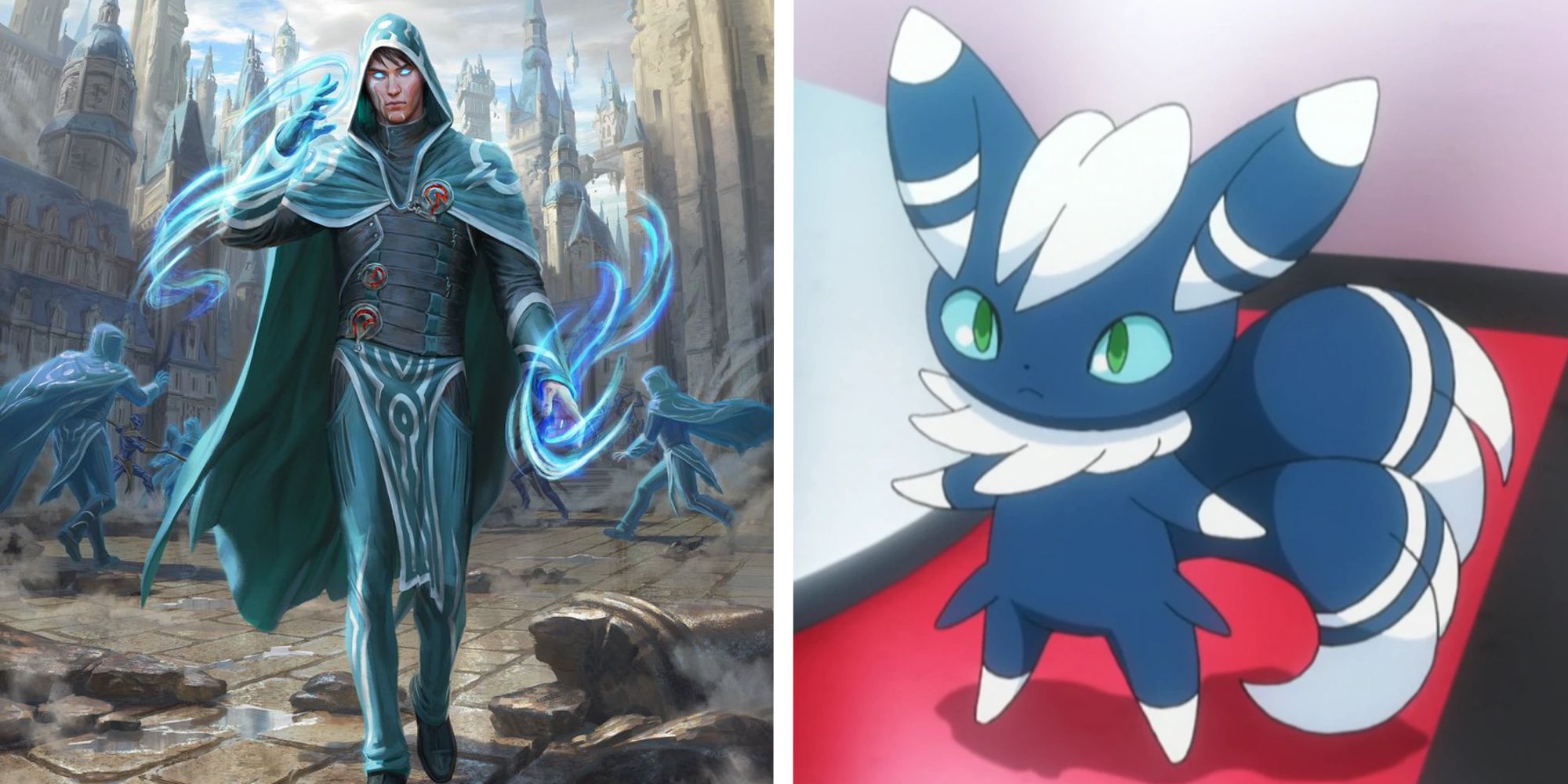 Could you imagine these two psychic beings partnering up and taking on the Pokemon League? Jace, a mind mage so powerful he once spoke to an ancient eldritch entity and didn’t immediately go insane, and Meowstic, a psychic Pokemon so strong it can shred a semi-truck with its mind. These two psychic powerhouses could face down any threat, any trainer foolish enough to go up against them. Jace would know your entire team, strategies, and moves before you even threw out your first Pokemon. 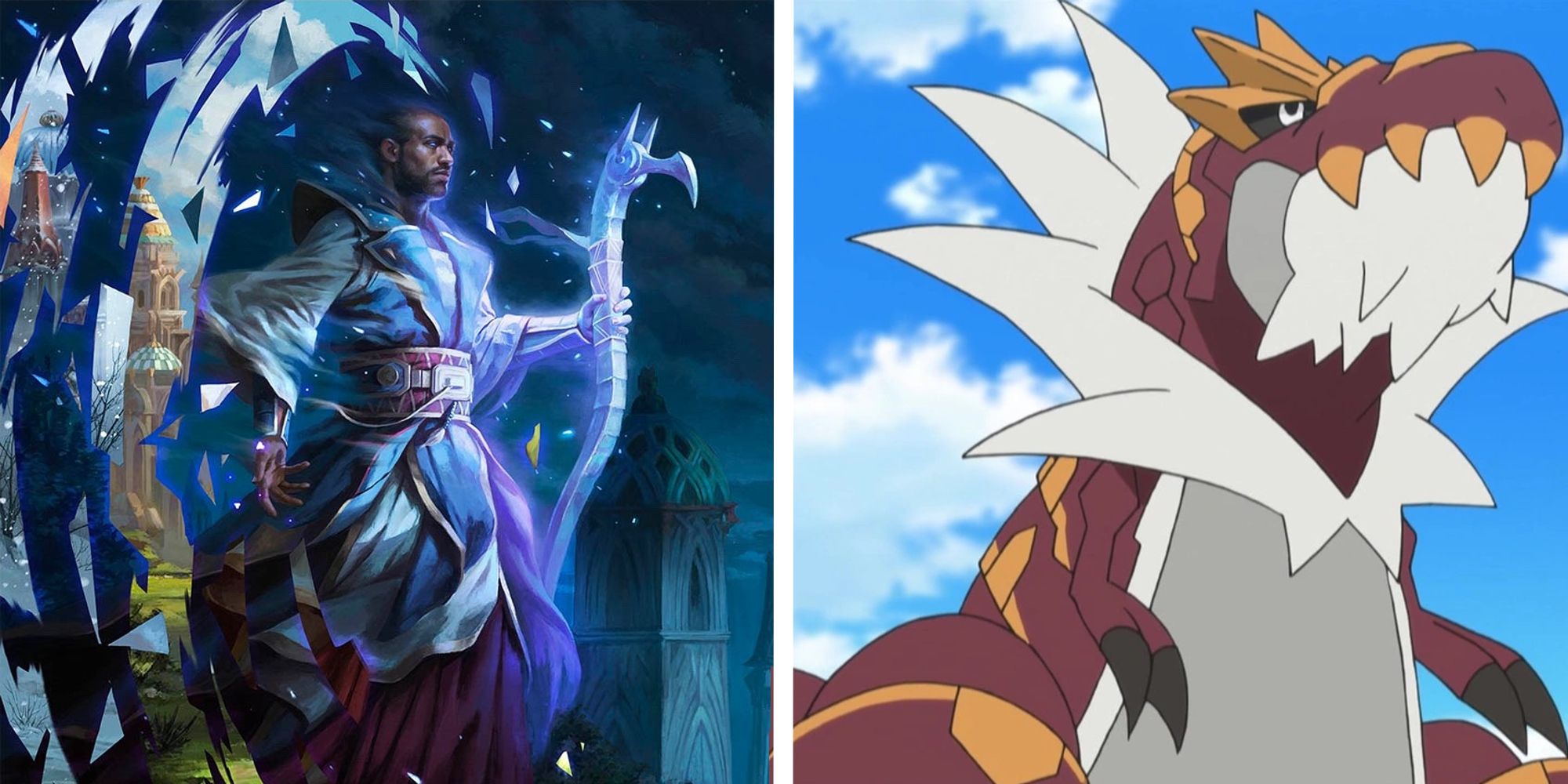 Teferi is a master of time and Tyrantrum is a Pokemon from the distant past, what better pairing could there be? Teferi has been an all-powerful planeswalker from Magic’s ancient past, trapped in time bubbles for ages, and has become one of the most respected planeswalkers in Magic. Tyrantrum is a Pokemon from the ancient past, and though it was brought to the present with science, it could share with Teferi what it feels to be pulled from its own timeline. The two together could lead the new Gatewatch against the multiverse’s evil and know to cherish the time they have. 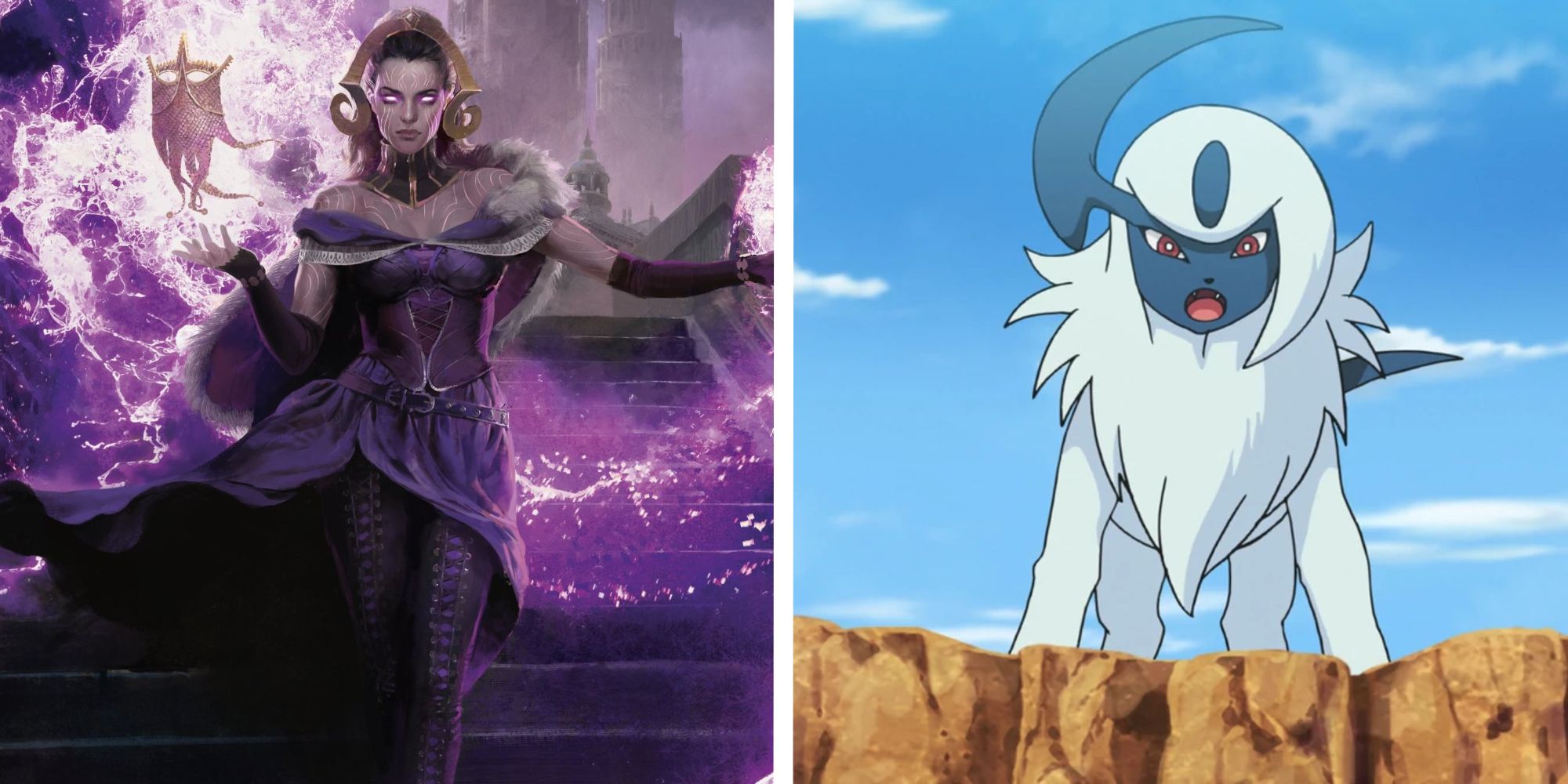 Both Liliana and Absol have been outcast from their respective societies. Liliana is a necromancer and once worked for one of the evilest beings in the multiverse, the dragon tyrant Nicol Bolas. While she has done terrible things, she also cares deeply for those around her and would protect them at any cost. She would find a perfect partner in Absol, a Pokemon who is often unjustly blamed for causing disasters when it only wants to warn people of the upcoming danger. While the two might be blamed for a lot of the world's problems, and might even have caused some of them, they’ll always be there to help pick up the pieces.