You are here:
Home / Lost Ark: Where To Find Every Mokoko Seed In Parna Forest

Lost Ark: Where To Find Every Mokoko Seed In Parna Forest

Parna forest is a sprawling area of Lost Ark in the continent of North Vern. Full of trolls, orcs, and goblins it marks a welcome return to adventure after several slower-paced town and city zones. And the lush greenery also disguises a healthy 12 mokoko seed locations to sniff out.

You won’t need any special songs to find these seeds, but you do need to engage some smarts. Two of the locations will only be revealed when you encourage some NPC goblins to move. But the rest of the locations are relatively straightforward – if a little mob-infested. See below for all the details. 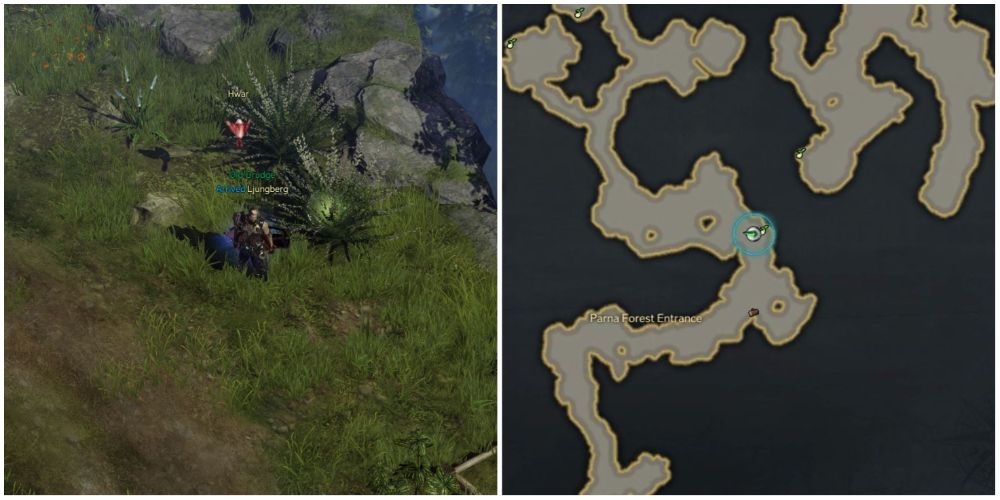 From the Rania Village portal, head north and then east through the Parna Forest Entrance. As the path turns north again, just before it heads west, stick to the right of the path. You’ll see a broken cart, and just past it, you’ll find your first mokoko seed in a bush near the cliff edge. 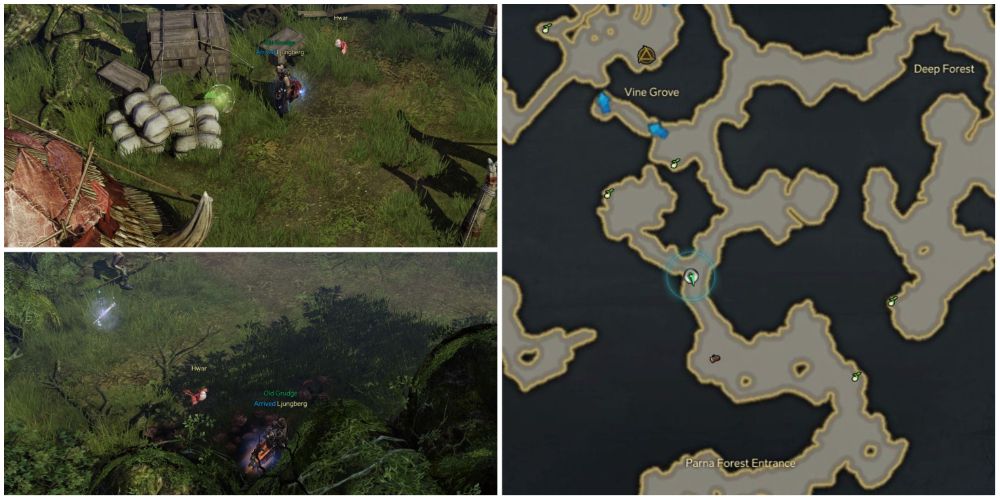 Keep following the path as it winds west and then north, where it comes to a fork. First, take the left dead-end fork into a small friendly goblin clearing. At the back, you’ll spot a cart, some crates, and bales, and a mokoko seed sat right between them all.

Head back to the junction and now go right, back along the main path. At the next fork, head left towards Vine Grove. Stick to the left of the path and head into the small area with two friendly Goblin Warrior guards and the Parna Tree Vista location. Some mushrooms are growing in the grass just south of the vista telescope. Hidden in them, obscured by the moss-covered tree trunks, is another mokoko. 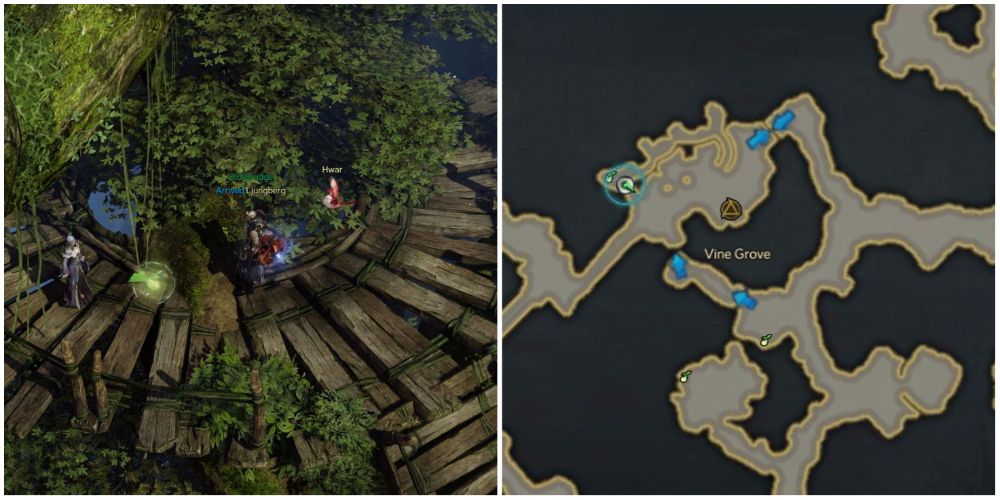 If you arrive at the Parna’s Sanctum Triport, head west but don’t leave the area. Just before the bridge out, there’s a path up a tree trunk to the north that leads to a round wooden platform. At the top of the ramp, go left onto the platform, and you’ll see a seed just sitting on the planks there waiting to be snaffled up. 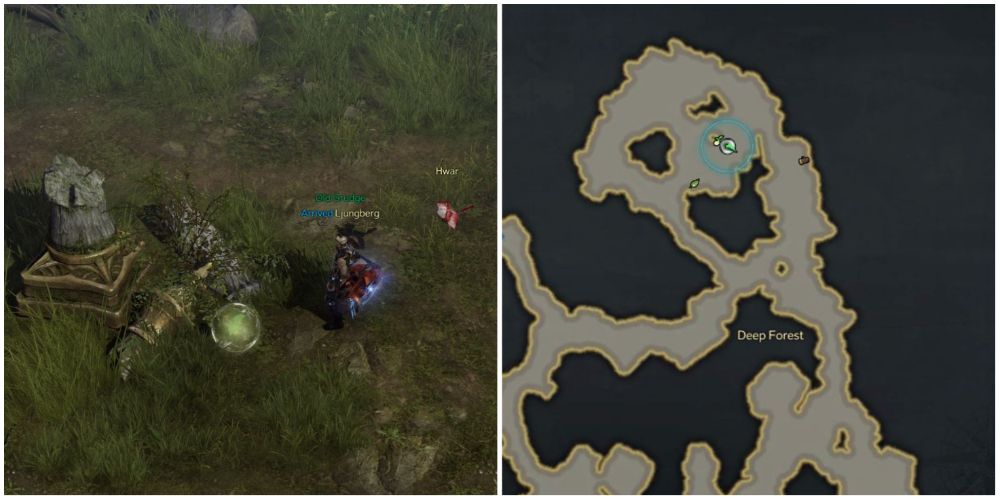 Head up the vines east out of Vine Grove just north of the Parna’s Sanctum Triport. Work your way east along the forest path into the deep forest. You’ll find a building at the end of the path, with Professor Restrang and several other NPCs. Take the path north that’s just beyond the building. At the end, it opens up into a large clearing. Turn immediately left (west) and you’ll see a collapsed statue. There’s a mokoko seed in the grass by the fallen pieces of stone. 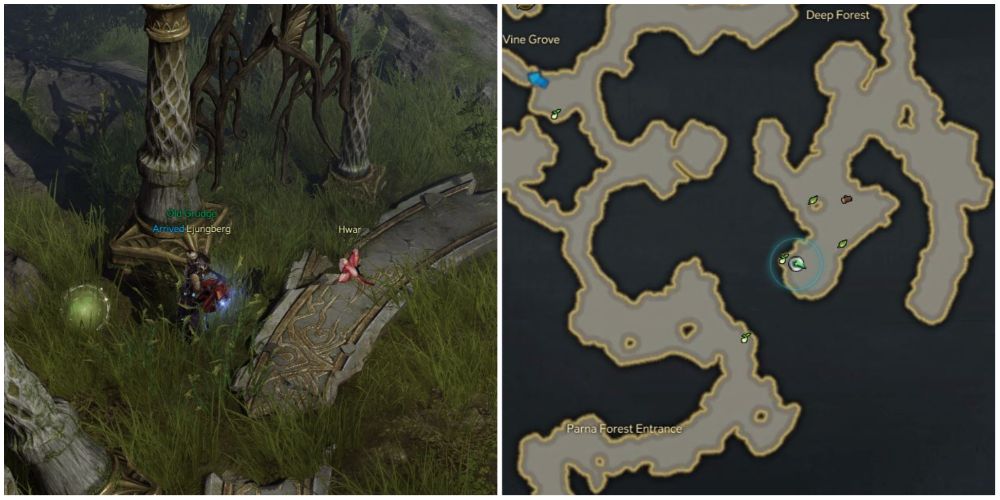 Go back south to the building and continue down into the southern part of the Deep Forest. As the path opens out, take the south-western fork and follow it as far south as you can go. You’ll end up in a stone circle surrounded by broken pillars and full of non-aggressive Owlbears. Just outside the west side of the circle, next to a pillar that’s still standing, is your sixth mokoko of Parna Forest. 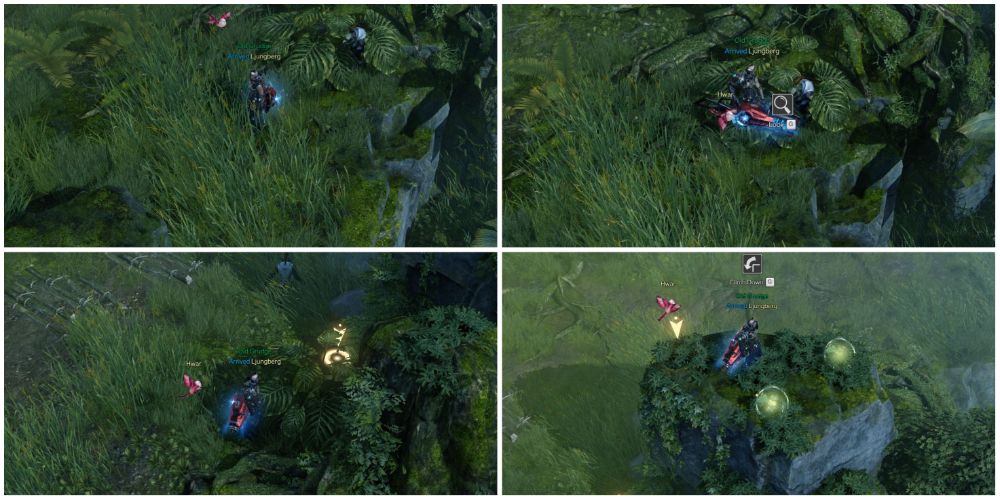 Teleport to the Downstream Pirene River Triport, then head northeast towards Goblin Village. Stick to the right of the path, and you’ll come to a group of mobs just before a tall stack of rocks. There’s an old moss-covered tree stump just south of the rock stack. And there’s a goblin hiding in the bushes just south of the stump.

First, attack and defeat the group of mobs. Next, go over to the goblin in the bushes – who should now have an 'activate' symbol. Talk to him and he’ll thank you, telling you he has a place to hide. Follow him north, and he’ll stop at the base of the rock stack – and a climb icon will appear. He says you’ll be safe up there – and better still, at the top, you’ll find two more seeds. Be warned though – if you don't activate him (or then climb up) quick enough, it will reset, and you'll have to kill the mobs again. 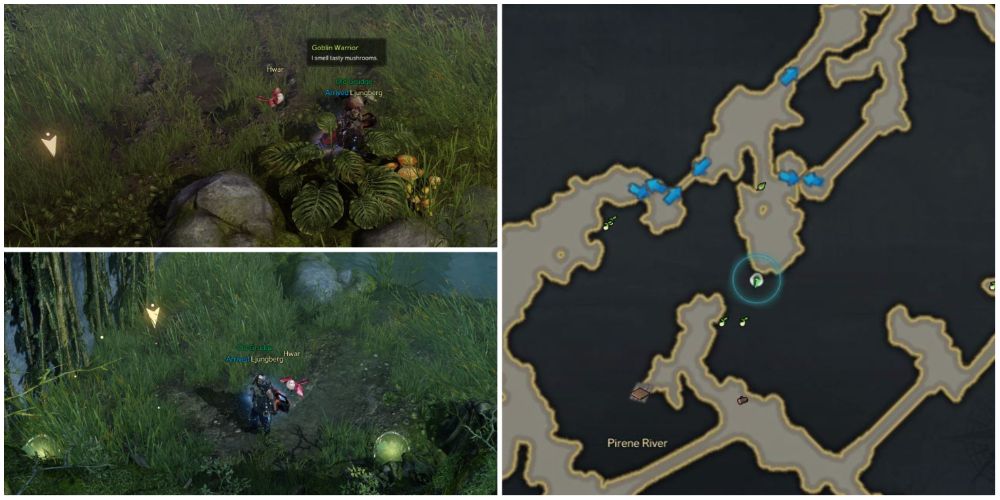 Keep heading north, down the vines and across the plank, towards the friendly goblin village. But after going across the plank, take the southern path into the clearing there. Right in the south, you’ll see some bright orange mushrooms. If you give them a shake, the smell will attract the goblin just to the west of you who will come and investigate.

When it gets up, it will reveal a jump spot – get over there quickly and use it before the goblin comes back. You’ll jump onto a rock in the water, from where you can take two more jumps to a small island containing two more mokoko seeds. As well as a climbing point back up to a spot near Pirene River. 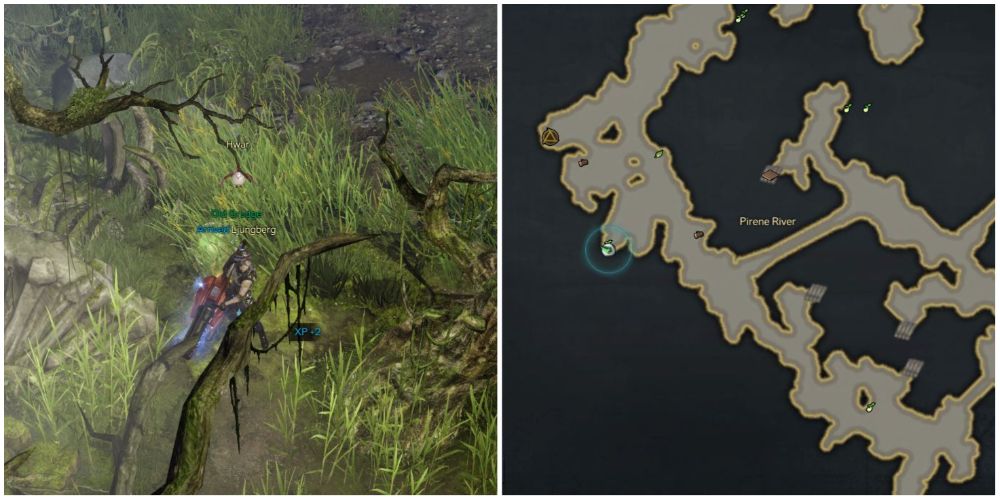 Head south from the Downstream Pirene River Triport, sticking to the western edge of the track. Ignore the first goblin and orc-filled nook but go into the second one. There’s a huge old creature carcass on the ground. And just to the right of it, hidden in the long grass, is the next mokoko. 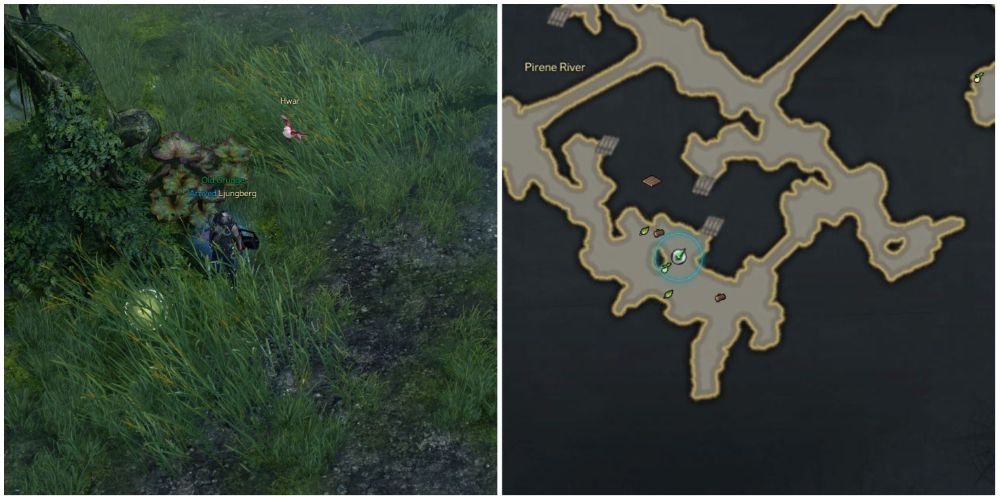 Keep going southeast along the path from the triport to the most southerly spot the goblin raft stops at, where Rafter Duth should be standing. West of him you’ll see a tree in the centre of the clearing. And in the grass at the foot of the tree, you’ll find the final seed of Parna Forest.