You are here:
Home / Lost Ark: Where To Find Every Mokoko Seed In Bitterwind Hill

Lost Ark: Where To Find Every Mokoko Seed In Bitterwind Hill

Shushire is very much the wintery continent of Lost Ark. Bitterwind Hill epitomises this, with its unforgiving snow-covered terrain hiding all manner of bandits, wolves, and magical ice constructs. But it’s also hiding a nice haul of nine aromatic mokoko seeds for you to collect.

The seeds are pretty spread out across the map, meaning you’re going to have to explore the whole area to collect them all – including Blizzard Temple, Manhunt Territory, and the Tomb of the Dead. On the plus side though, several of the seeds are grouped in pairs, and you won’t be needing to play any special sheet music or find secret rooms or jumps. All the mokokos here are simply found on the map, although some are pretty well hidden – so if you’ve missed any, you can get all the details you need here.

Mokoko Seed One – From Lake Eternity 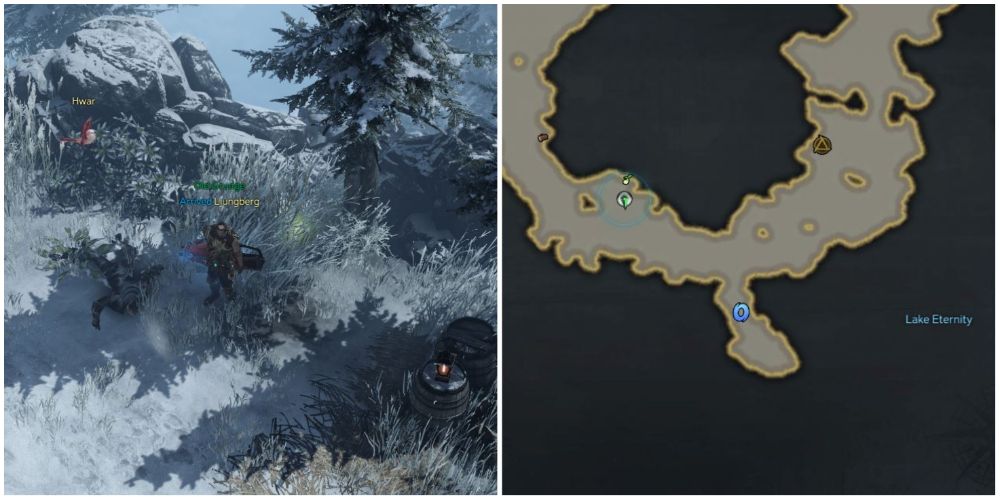 Your first mokoko seed of Bitterwind Hill is pretty hard to spot. Enter the area via the Lake Eternity portal and head directly north to where the path forks. Head left (west), sticking to the northern edge of the trail. You’ll come to a point where there’s a large rock in the path, with a few barrels in front of it. To your right, you’ll see a small lamp burning on top of another barrel. There’s a tree just left of it, and your mokoko seed is hidden to its left in the long grass.

Mokoko Seeds Two And Three – Tomb Of The Dead 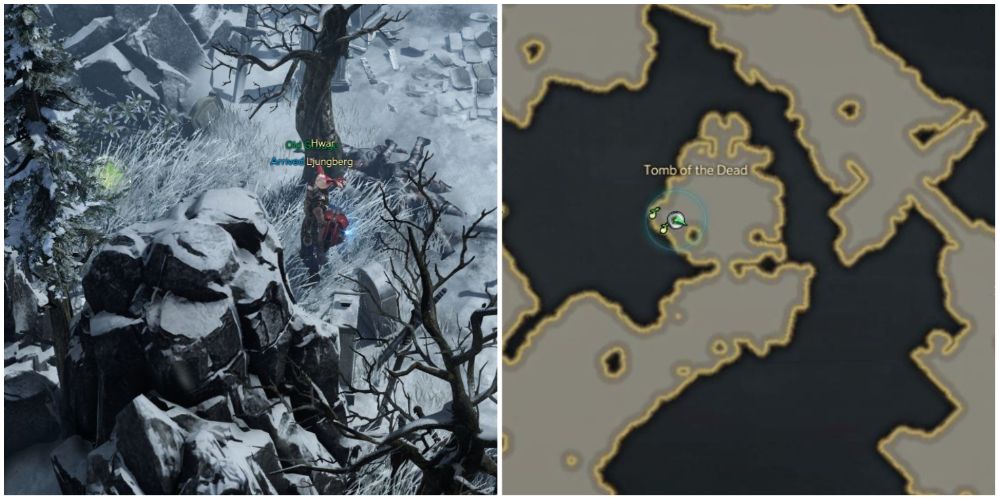 Keep following the trail as it starts to turn northwest, still sticking to the northern edge. As the area opens up, keep following the edge you’re on as it turns northeast towards the Tomb of the Dead.

At the area’s northern tip, head through the stone archway into the tomb and follow the wall left (west). There’s a gnarled tree in the corner, with a snow-covered pine tree just past it right on the cliff edge. The next two mokokos are between the two, hidden in the grass next to the rocks. 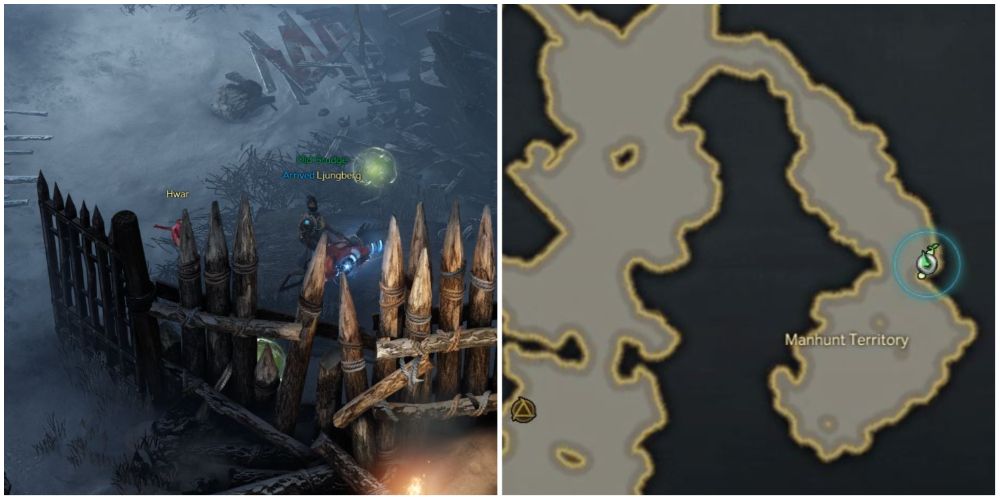 Head over to the Southern Basin Triport, back down near the Lake Eternity portal – and be careful, as it’s possible to be jumped by wolves when you arrive at it. Leave the area by the path that heads between two stone pillars to the north. Keep heading directly north through this area. It’s full of assassins and executioners who are strangely non-aggressive. Keep to the right of the broken well, and you’ll see a path heading east just past a burnt-out building. Note that just north of the turning, you’ll find the Corrupt Enforcer you also need for your Shushire Adventurer’s Tome.

Go down the path that heads east down a slope and follow it as it turns southeast into Manhunt Territory. Stick to the left of the path as you work your way along, and you’ll eventually come to a poorly constructed fence of wooden spikes. There’s an awning just to the right of the gates on the east side of the path. Just south of it, in the remains of some wooden barrels, you’ll find your fourth mokoko. And the fifth seed is also here, hidden out of sight right against the fence. 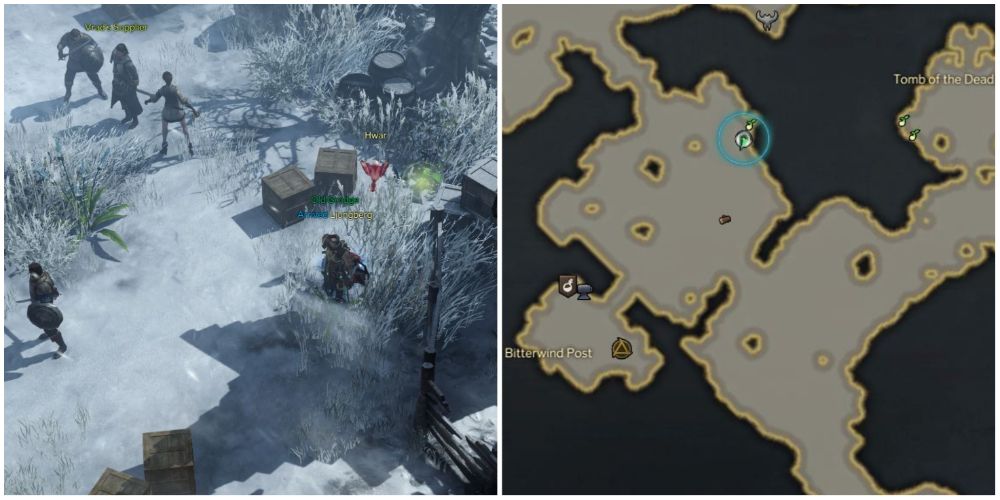 Portal into the Bitterwind Hill Post and leave the area you arrive in northeast down the stone steps. At the bottom, continue northeast across the larger area past the cart and over to the cliff edge. You’ll see a tall wooden crane structure, with a tree to its left. Between the two, and between some crates, a mokoko seed is sat just in front of some long grass. 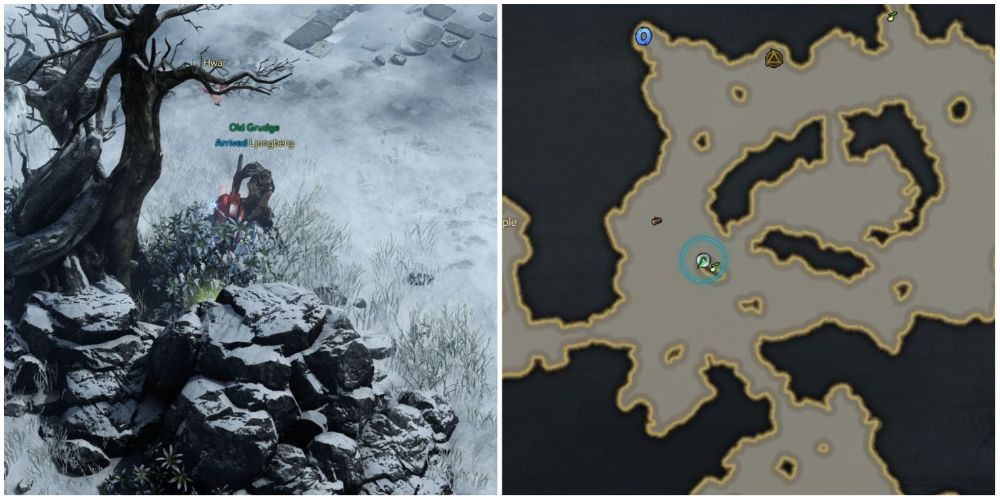 Starting from the Abandoned Outpost Triport, head directly south until you hit the southern edge of this area, then follow that southern edge as it goes southwest. As it turns more directly south, there will be an unlit metal torch on a small stone dais – and a wizened tree directly south of it. You’ll find a mokoko at the base of the tree, in a bush in front of some rocks. 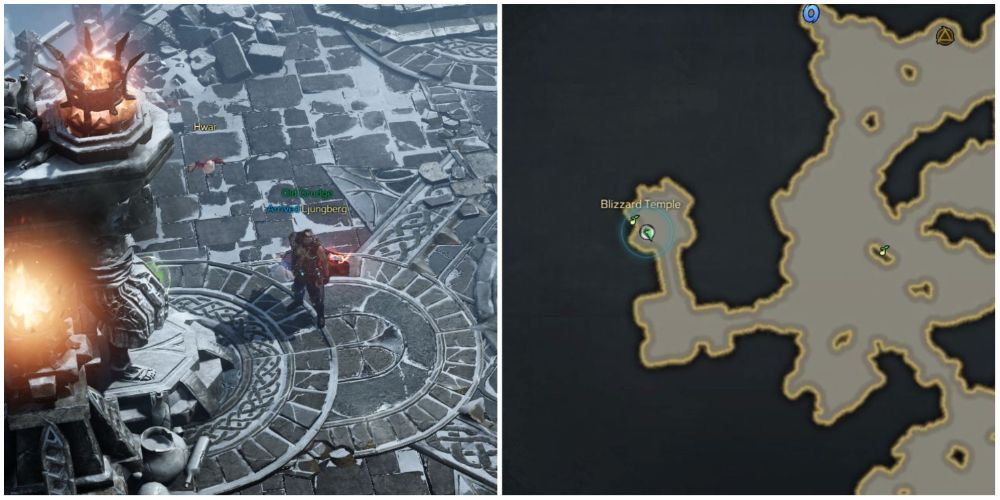 Now go directly west and up the stone steps towards Blizzard Temple. Head right across the platform there and then north up more steps. There’s a diamond-shaped platform at the top, with a statue in each corner. Head over to the statue to your left and there’s a seed hidden on just the other side of it. 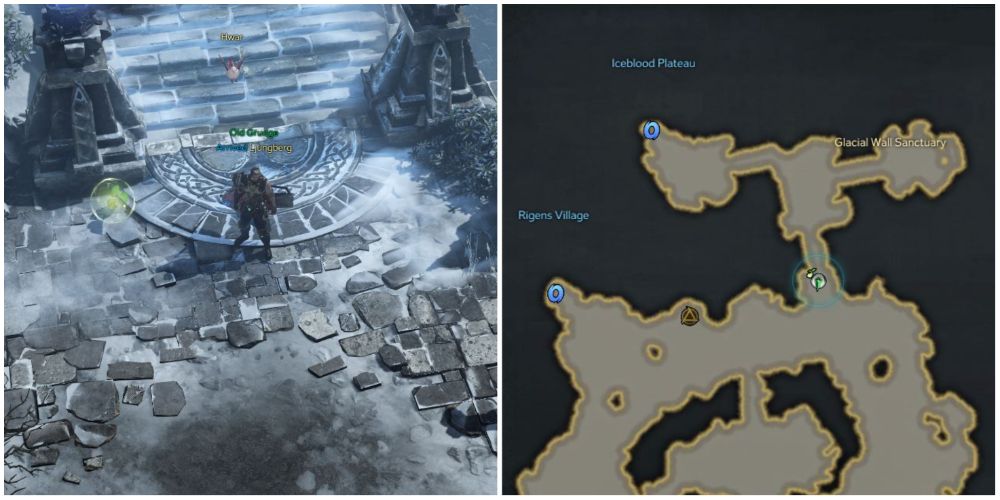 Head east from the Abandoned Outpost Triport, sticking to the northern edge of the area. You’ll come to a path heading north towards Glacial Wall Sanctuary where Herbalist Simvas stands. There are some ornate stone steps heading up, flanked by pillars with blue-glowing torches. At the base of the left pillar is your final mokoko seed of Bitterwind Hill.