You are here:
Home / Lost Ark: Where To Find All Rohendel Cooking Recipe Ingredients

Lost Ark: Where To Find All Rohendel Cooking Recipe Ingredients

Rohendel is essentially the elf continent of Lost Ark. There are beautiful lakes and lush areas of woodland, while the gorgeous villages are colourful and full of faeries and sparkles. But don’t let your guard down – this is a tough area. And the tome is certainly no pushover here either.

There are some tough cooking recipes in earlier continents, but Rohendel ups the ante. You need to have completed multiple levels of several Una’s Tasks, maxed-out your rapport with an NPC, and probably the toughest one needs you to take out world boss Magmadon – perhaps multiple times if you’re not lucky. This chapter of the Adventurer’s Tome is not for the faint of heart. But if you’re trying to complete it, we have all the details below. 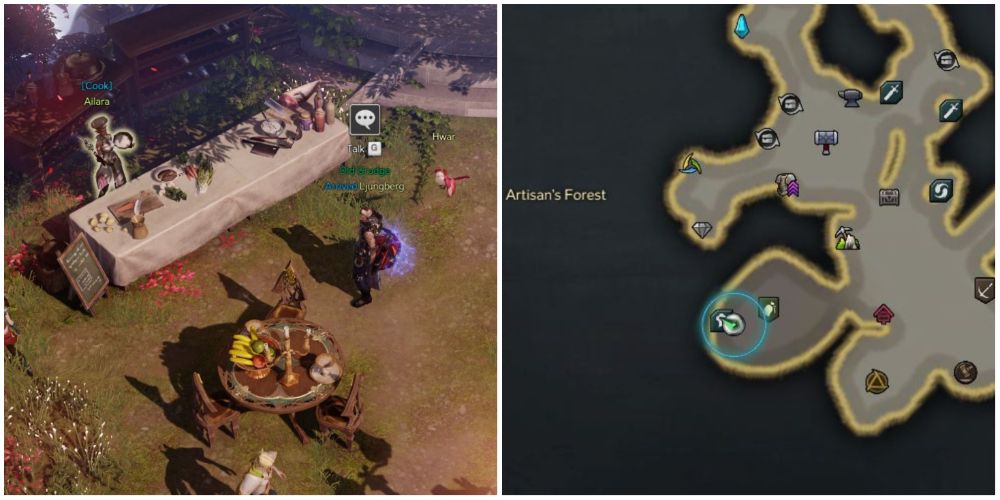 To complete this recipe, you need to have first completed the quest Wailing Wind (from Water Keeper Orelda), which is a section of the main story located in Breezesome Brae. After completion, this will open up a Una’s Quest called Mischievous Fairy (also in Breezesome Brae). You will have to then complete this right up to Reputation Level Two, as it then gives you the Magical Fermentation Boost ingredient as a reward.

Once you have the Boost, you can simply buy the Azure Energy Concentrate you also need from Eiza in Rohun for a whopping 205,000 silver coins. Finally, take both ingredients to cook Ailara who will make the Ether Essence for 3,100 silver coins. Both NPCs are in the building on the far west of the city next to the Artisan’s Forest Triport. 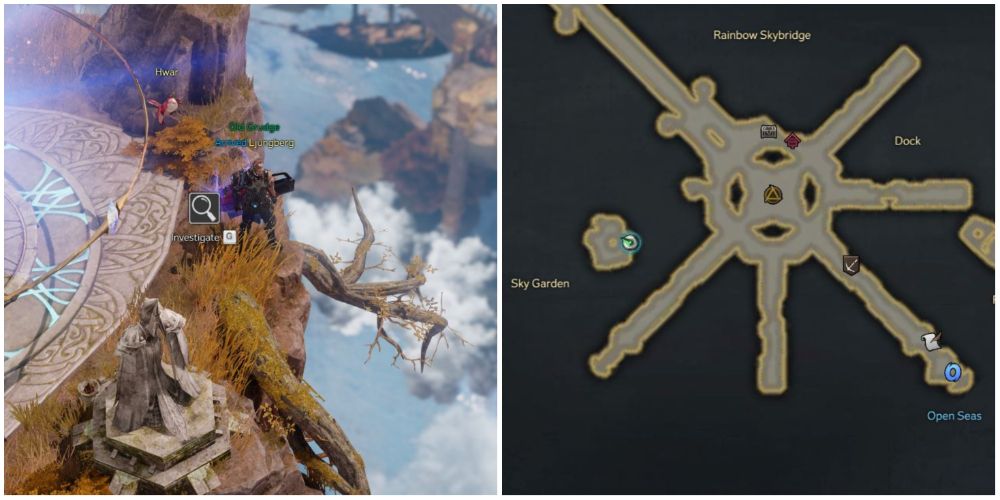 You need to collect three ingredients to make the Jelly Chew, all of which you’ll find dotted around the Lake Shiverwave area – and, for a rare change, without having to pay for them. Start at the Dock Triport and walk into the blue portal on the west side of this circular platform. You’ll appear on a small floating island. Walk over to its east side, where you’ll see a tree branch sticking out into the air just south of a large rock. Investigate here to find Chew Jelly. 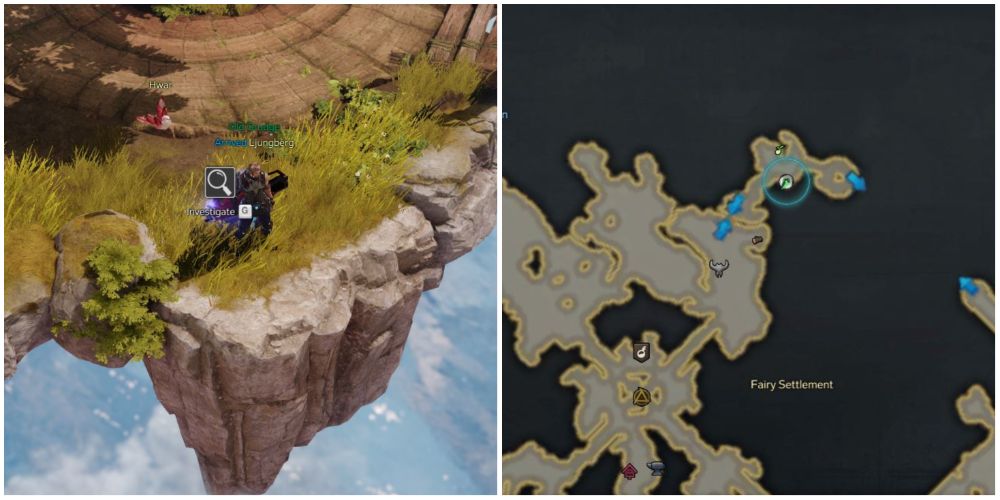 Now go to the Fairy Settlement Triport and go through the archway on the northeast side, then up the tree trunk across the river. At the top, go north through the shallow water and climb up the vines to the top of the cliff on the other side. Keep heading northeast at the top, up the muddy slope, and turn right immediately at the top. Here, before the wooden bridge going east, you’ll find the Chew Chew Jelly. 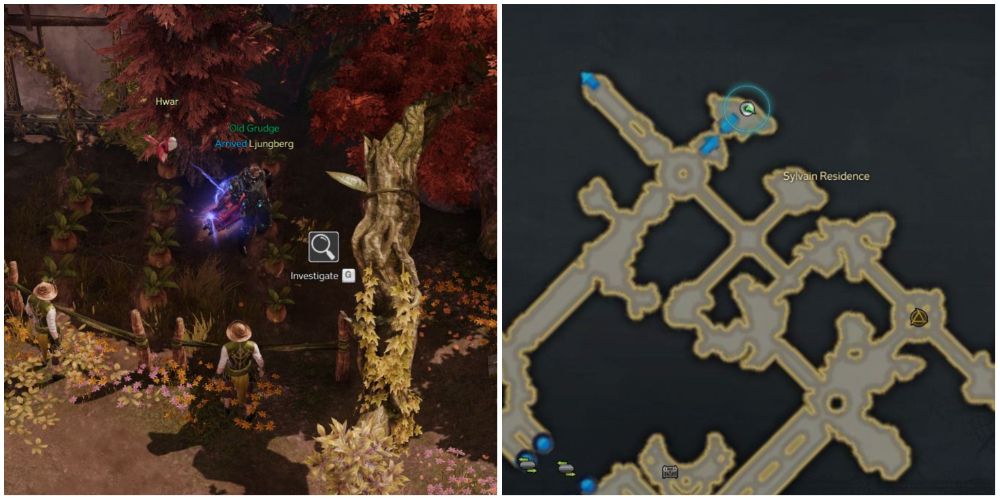 Finally, jump across to the Sylvain Settlement Triport. Go up the steps to the northwest and then left at the T-junction where they’re working on water elementals. Turn right at the next junction, up the long set of steps heading northwest. Go straight across the crossroads of paths and continue up, going right at the platform at the top and making the jump up to the northeast. You’ll find the Chew Chew Chew Jelly in the patch of vegetables to the right of the door to the farm there.

Now you have the ingredients, go to the Artisan’s Forest Triport in Rohun. Go a little north from it and into the building where you’ll find Cook Ailara. She’ll turn your three jellies into the Jelly Chew you crave for a mere 1,600 silver coins. 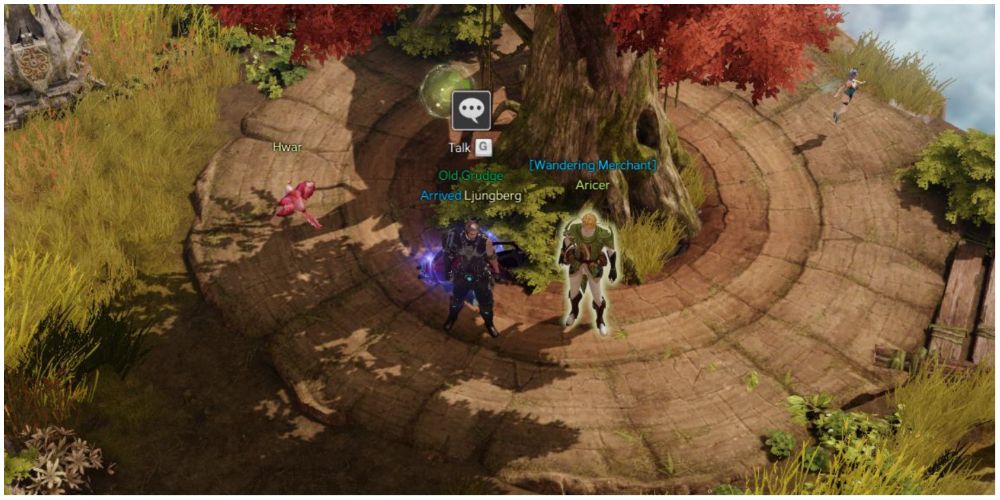 This one is relatively simple – as long as you’re cash rich and can find the NPC you need to shop with. You’ll need 150,000 silver coins to buy the Pit-a-Pat Macaroon, and it is only available for sale from Rohendel’s wandering merchant.

As in other continents of Lost Ark, Wandering Merchant Aricer appears for 25 minutes at one of five scheduled locations (times are AM and PM): 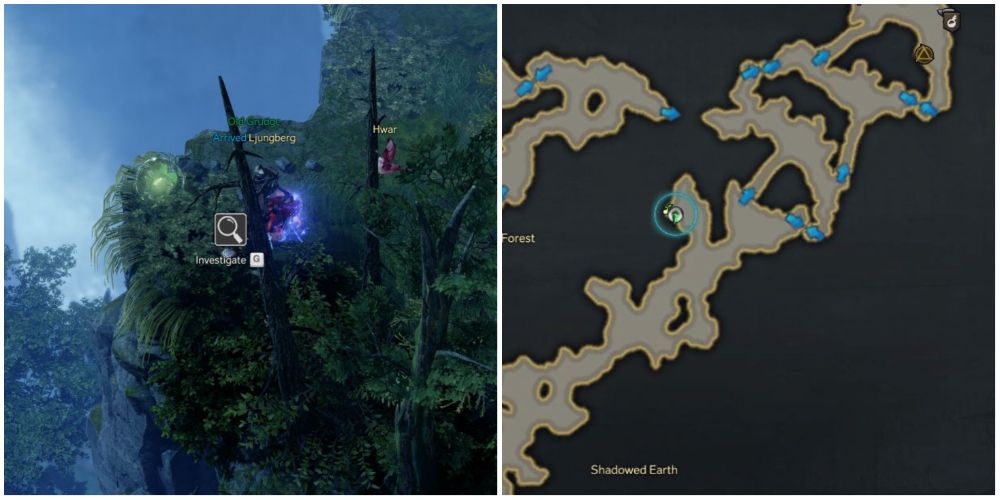 To complete this recipe, you’ll need to first become Trusted by Rapport NPC Orelda in Flowstream Village, in the Glass Lotus Lake area. Orelda will give you her Secret Cake Recipe as her final gift – not too tough, as her Rapport levels are relatively easy to work through compared to some.

You also need to collect 200 Magick Snails from the Shadowed Earth and Forest areas of Elzowin’s Shade. Each time you find some you’ll get one to five (normally one) snails at random, so this is going to take you a while. They always spawn in the same spots, some of which are safer than others. There’s a safe spot by the mokoko seed and Valley and Waterfall vista, for example. Or you can roam the area battling as you go.

Once you have the ingredients, take them to Cook Ailara in Rohun. She’ll make a Magick Albino Snail (1,600 silver coins) from the first 100 snails; then use that, the other 100 snails, and the Secret Cake Recipe to make the Snail Roll Cake you so desire for 3,100 silver. 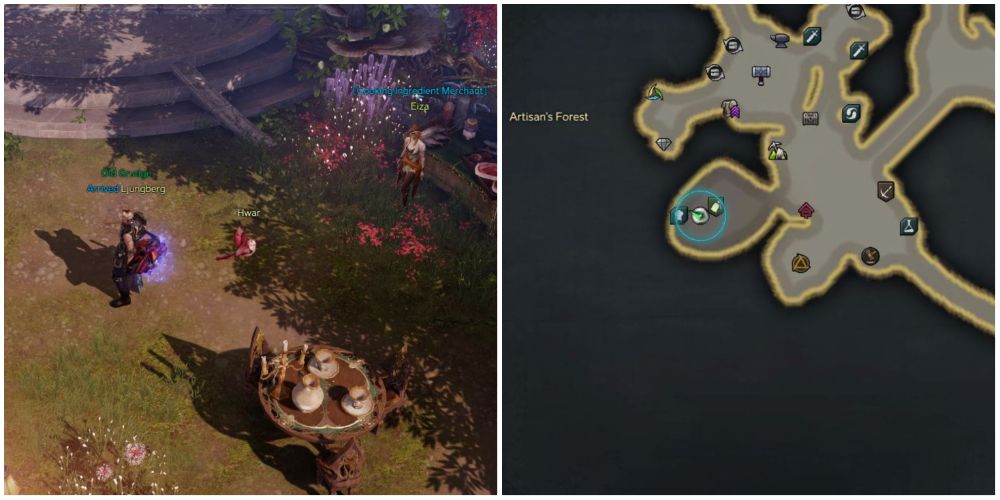 Go to the Artisan’s Forest Triport in Rothun and go into the building just north of it, which houses both Cooking Ingredient Merchant Eiza and Cook Ailara. First, talk to Eiza to get your ingredients. You’ll need three Honey Butter (5,000 silver coins) and one Beer (10,000 silver) to make Honey Butter Beer. However, there’s only a chance that when you make it, you’ll end up with the ‘Sweet’ Honey Butter Beer you need for your Adventurer’s Tome.

Take the ingredients across to Ailara, and she’ll brew them for 2,500 silver coins per glass. We got ours on the second attempt, and general reports suggest the odds aren’t too bad of getting the sweet version. If you haven’t completed all your mokoko seeds around Rohendel, be aware you need normal Honey Butter Beer to access several of them – so failure isn’t a disaster. Also note that if you drink a beer, you’ll have the stein left in your inventory – which you can get refilled by the cook without having to re-buy the ingredients, and at a reduced cost of 700 silver. 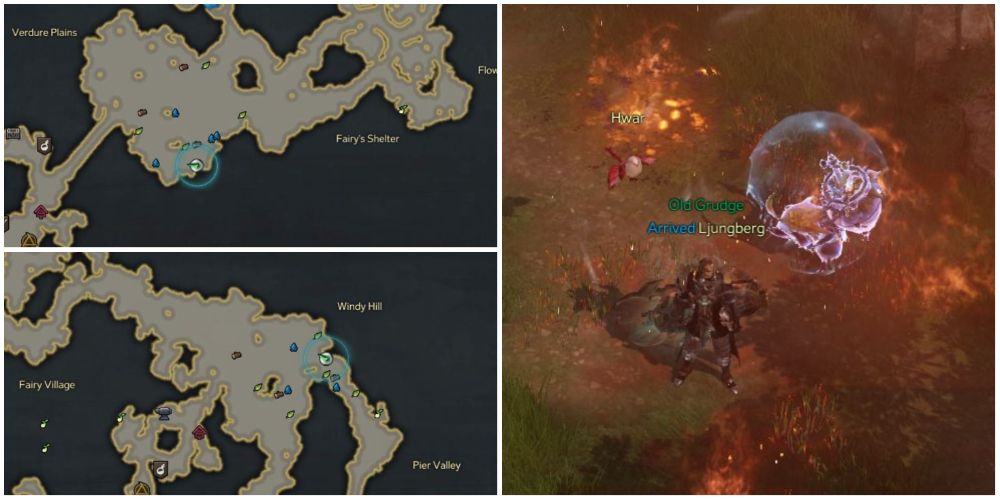 To get anywhere here, you need to have completed Una’s Task, ‘Repairing the Seal Site’ seven times, which will then open up another of Una’s Quests – The Rebuilding of Xeneela. When you have then completed this to reward level three, you’ll get the Mana-Infused Soup you need.

Now you can head to Breezesome Brae and defeat the Lost Tooki (northeast of the Breezesome Brae Triport in Verdure Plains, and on the eastern edge of Windy Hill, just before the south path to Pier Valley). You need to defeat this creature until you have farmed a Captured Tooki’s Tears. It’s a rare drop from a rare creature, who seems to pop up in the other spot when defeated – so have your patient head on. Finally, take these two ingredients to Cook Ailara in Rohun, who will make you Tooki Tooki Soup for 3,200 silver coins. 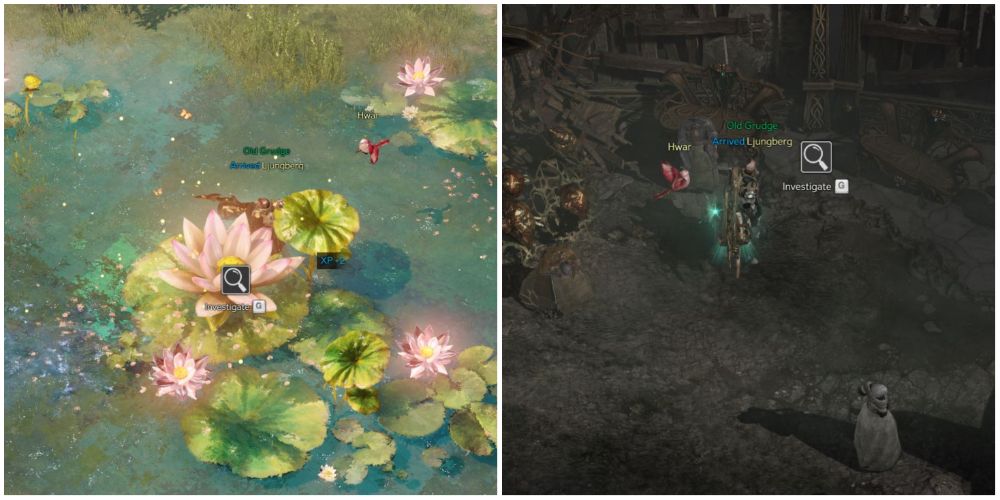 You first need to collect four ingredients to make Sparkling Elemental Food. You will hopefully only need one of each ingredient, but do keep hold of any extras if you find them:

Take these four ingredients to Cook Ailara in Rothun, who can make you Sparkling Elemental Food from them for 2,500 silver coins. When you right-click this in your inventory, it has a ‘high chance’ of turning into the Zechbas you need for your tome. But if it doesn’t, I’m afraid you’ll need to get the ingredients again.