You are here:
Home / Lost Ark: All Shushire Monster Locations

One thing you can say with certainty in Lost Ark is that you’re never short of a few mobs to dispatch. This is particularly true on the continent of Shushire, where you don’t get the luxury of a capital city safe zone. Danger seems to lurk around every corner, but it certainly keeps you on your toes.

And of course, 15 of these monsters are the ones you require to complete your Adventurer’s Tome for Shushire. They’re spread right across the continent’s six main areas, but on the plus side, you don’t need to visit any dungeons to complete your set. We’ve written up all the exact locations below, just in case you’re missing any. 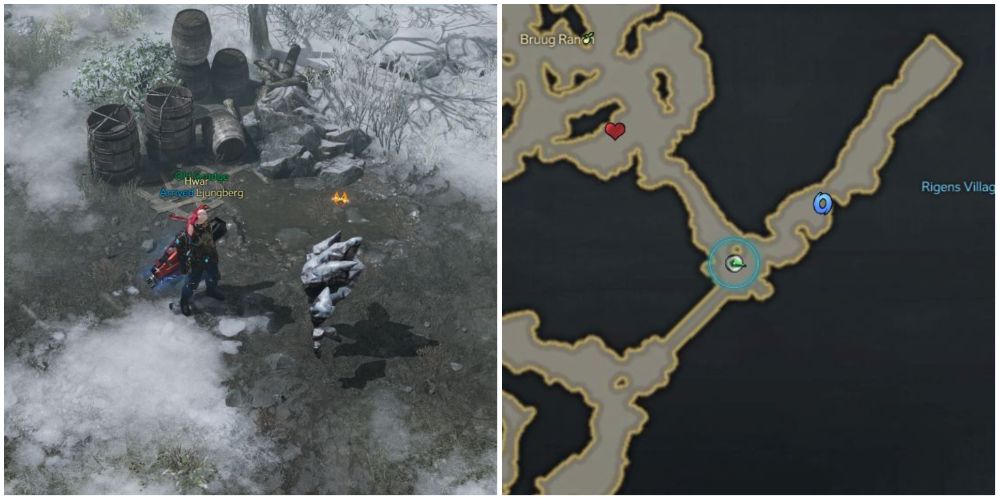 Portal across to the east of Frozen Sea, at the Sea Ranch Triport. Leave northeast and head up to Rapport NPC Rancher Jude at Bruug Ranch. Leave the ranch southeast across the bridge, past a small group fighting. At the end, the first icy construct you’ll come across is likely to be a Giant Ice Crystal Construct. 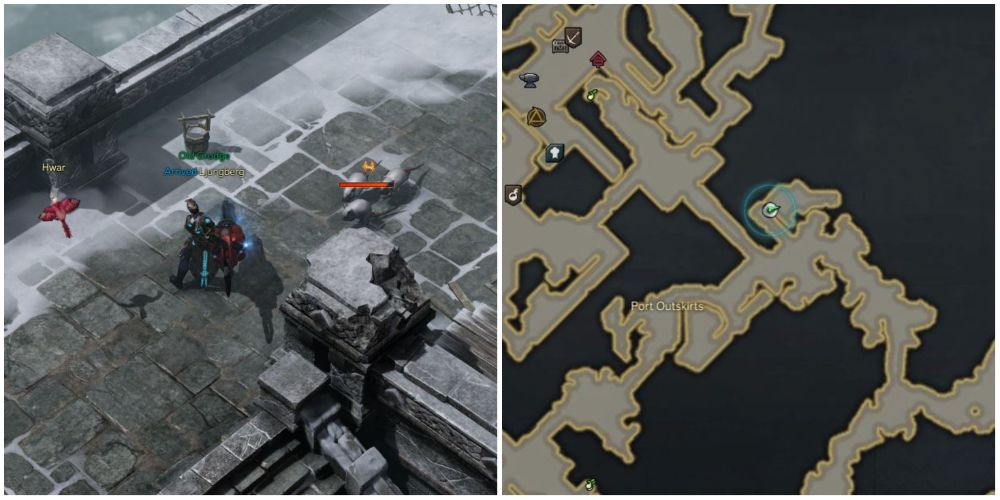 Start at the Sea Ranch Triport and leave by the path heading west. Stick to the right of the path and take the bridge heading north when you come to it, just past a cart and some hungry wolves. Fight through the robbers to the Daybreakers Camp. You’ll see some steps heading up northwest onto the battlements. When you get up there, one of the first mobs you'll see should be a Giant Port Sawtooth Rat. 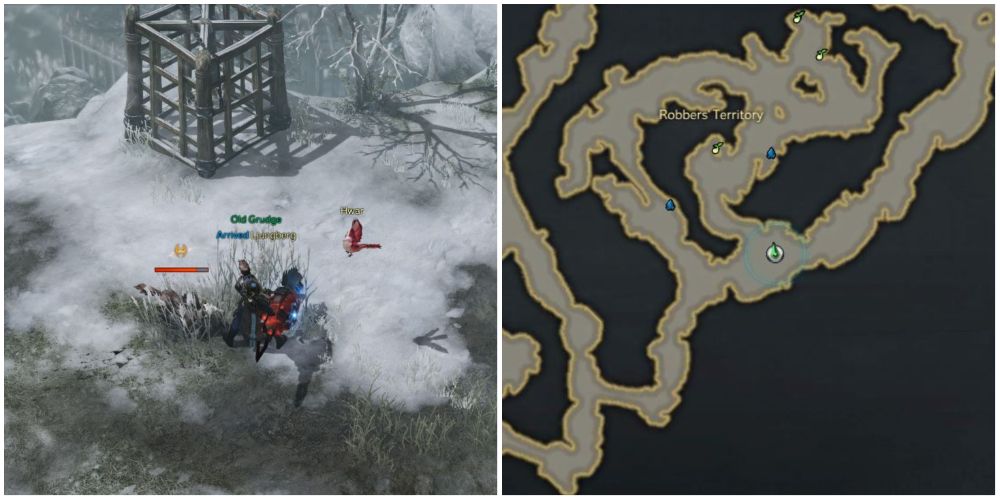 If you start at the Thieves Gathering Triport, head south by the easterly of the two paths. Keep to the right as you head down, taking the east path when you get to it. This route starts to head north, then comes to a fork. Take the right fork east, and you’ll come to NPC Daybreaker Vardian, standing by some cages, boxes, and some random goods. Just to the east of him, at the top of a slope leading north, there will be hoarfrost Robber Stray Dog. 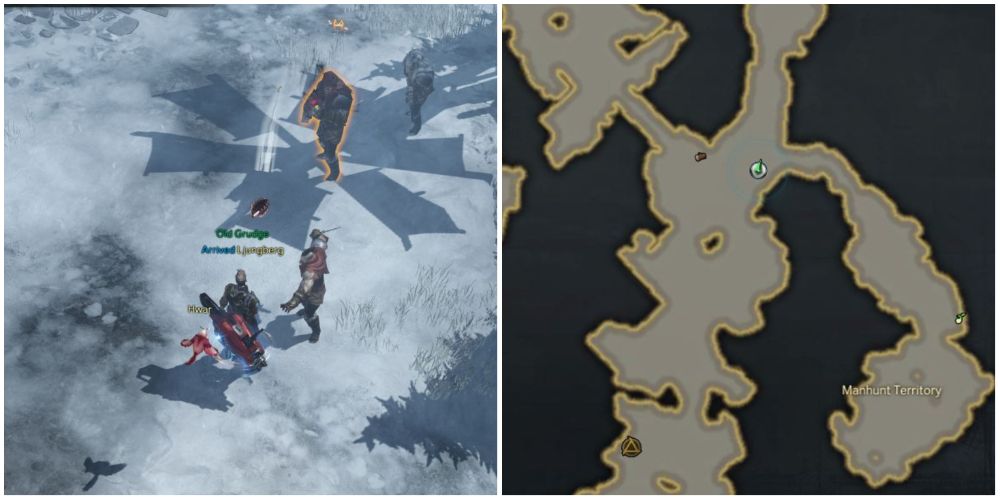 Starting from the Southern Basin Triport, head north past the stone pillars and up through the burnt-out village beyond. Once you’ve gone past a broken water well you’ll get to a crossroads. There’s a path heading east – and just north of its entrance you’ll see the Corrupt Enforcer. He’s an orange mini boss, with a couple of friends in tow, but he shouldn’t cause you many problems. 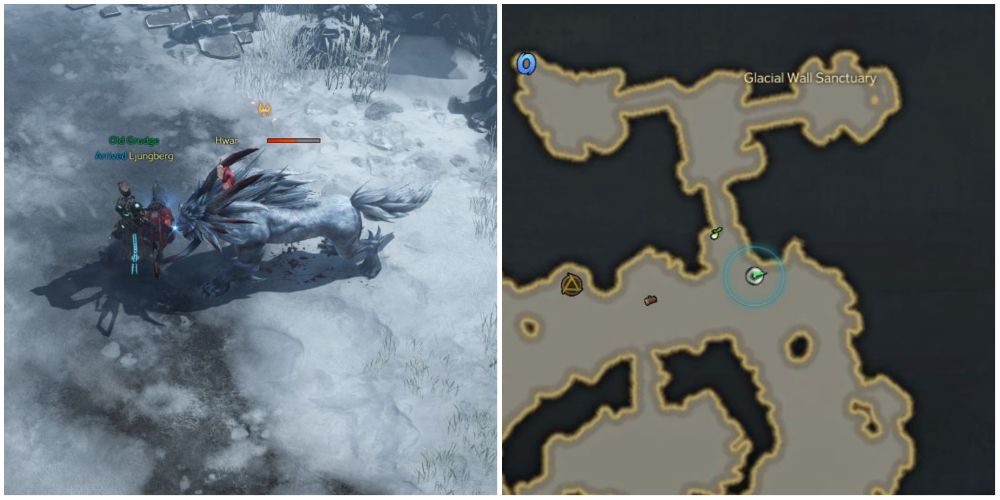 Portal over to the Abandoned Outpost. Head east towards the northern path to Iceblood Plateau, but don’t go north. Instead, take a few more paces east, just past where Herbalist Simvas is standing. You’ll find a group of wolves there, one of which will be a Lead Coldsnap Wolf. 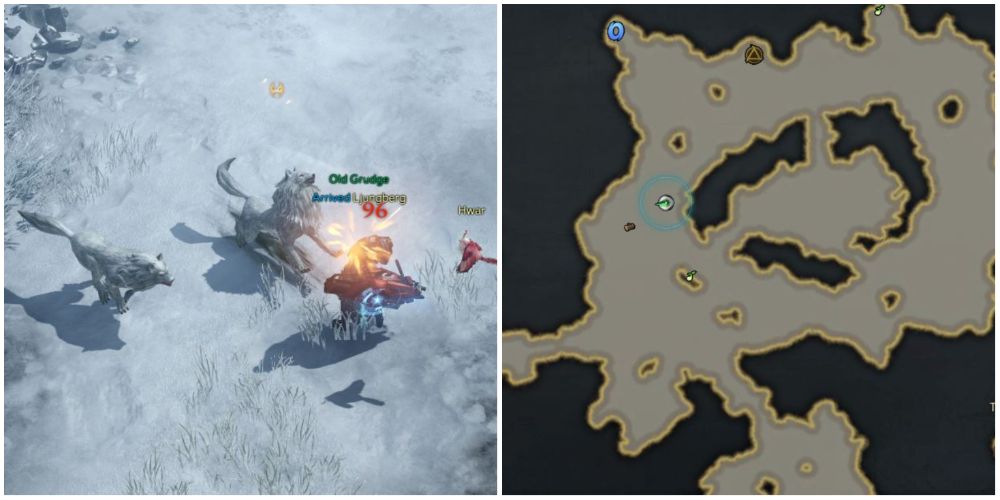 Starting from either the Rigens Village portal or the Abandoned Outpost Triport, head through this large region heading southwest. There are two large rocks to pass before the area starts to thin a little, and you’ll be about halfway to the western path to Blizzard Temple. If you stick to the western edge as you work to this point, you’ll find a Shiny Fur Frost wolf with its pack – or they’ll find you. 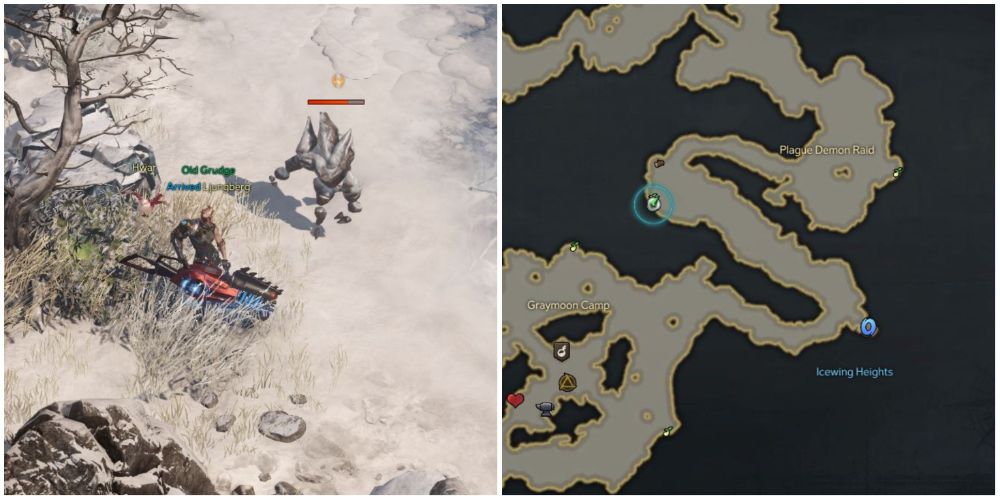 Enter Iceblood Plateau from the Icewing Heights portal and head northwest along the path towards Plague Demon Raid. It’s very hard to miss the Hardshelled Ice Stone Construct mobs here, as there are several along the path, and they’re very aggressive. But if you want an exact location, one always spawns just east of the mokoko seed at the top end of the path, on the left-hand side. 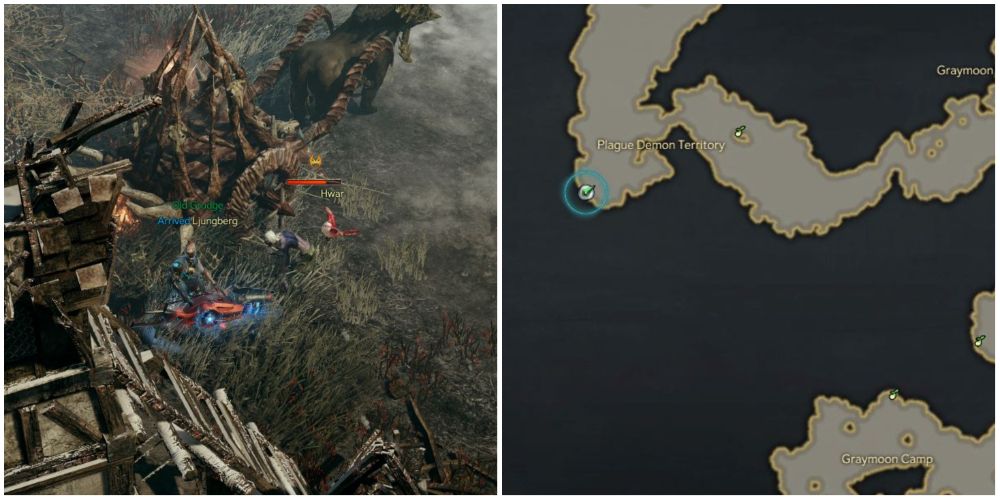 Port into the Frostpeak Temple Entrance Triport and head west. Work your way south through Plague Demon Territory, keeping to the west side of the area until you get to the very bottom. You may pass an Immortal Plague Dead on the way down, but if not, one always spawns in the southwest corner next to the reindeer and the old tower. A few good hits will show it’s not as immortal as it thinks. Although it does keep coming back… 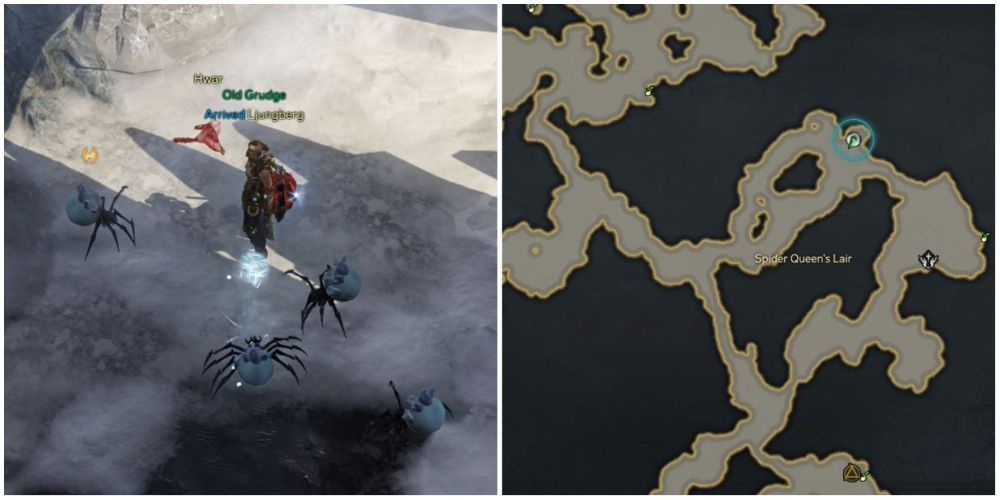 Go west from the Nest Hill Triport along a short path that heads downhill before turning north. Just ahead of you is a fork in the path, with the right going into the Spider Queen’s Lair. You can go directly in or take the left fork and enter the lair by taking the next right turn. The latter is suggested if boss mob Tarsila is up, as she is a formidable opponent. Either way, head to the passageway that’s just north of the main Spider Queen area. If you leave the main area along this path, you’ll meet a Coldsnap Spider almost immediately. 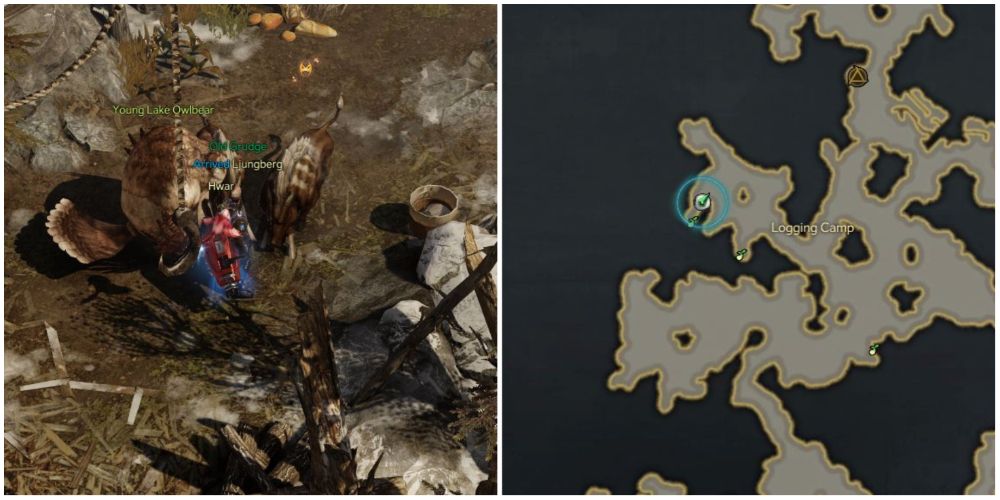 Your best starting point will be the Logging Camp Triport in the north. Head directly south into the area marked Logging Camp on your map, sticking to the western edge of the map as you head down. You’ll come to a small slope that heads northwest into an area filled with Lake Owlbears. Keep slightly to the left as you work your way through here northwest, and you’ll come face to face with the Giant Frostmane Boar you’re looking for. It’ll be obvious, as it’s the only one here that’s aggressive – although others will join in if it attacks. 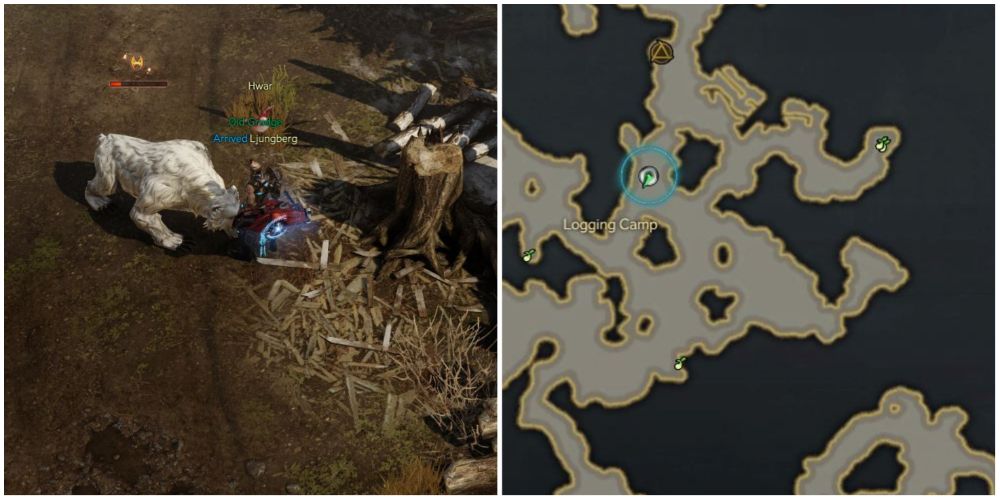 As with the Giant Frostbane Boar above, start at the Logging Camp Triport and head south towards the Logging Camp area. You’ll go up some wooden steps and past a log cabin. An Old Frost Ice Bear spawns just a little way south of this cabin before you get down to the logging area. 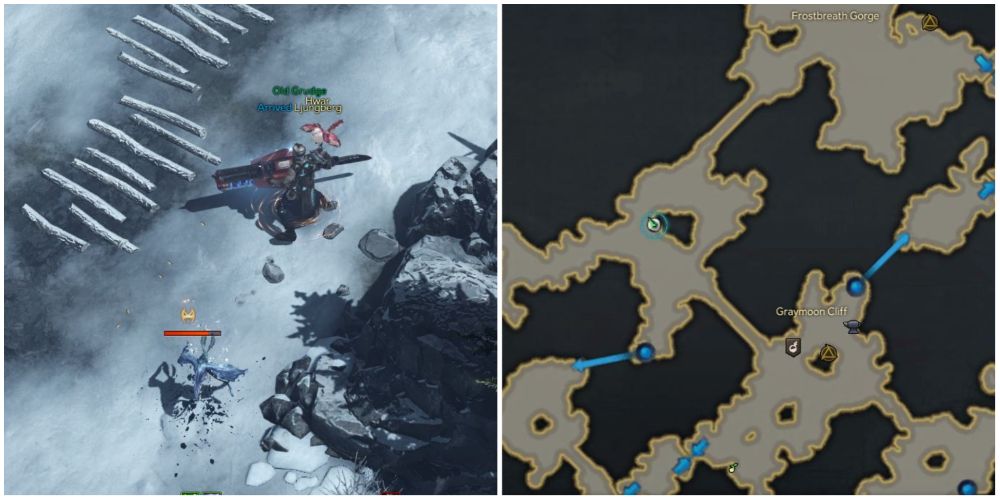 From the Graymoon Cliff Triport, take the bridge out of the area that heads to the northwest. On the other side, keep directly going the way you’re facing, first keeping the square boxes on your left and then the rocks to your right. A gap will appear in the rocks on your right, heading northeast. Just by its entrance, you’ll come across the Beautiful Icewing. 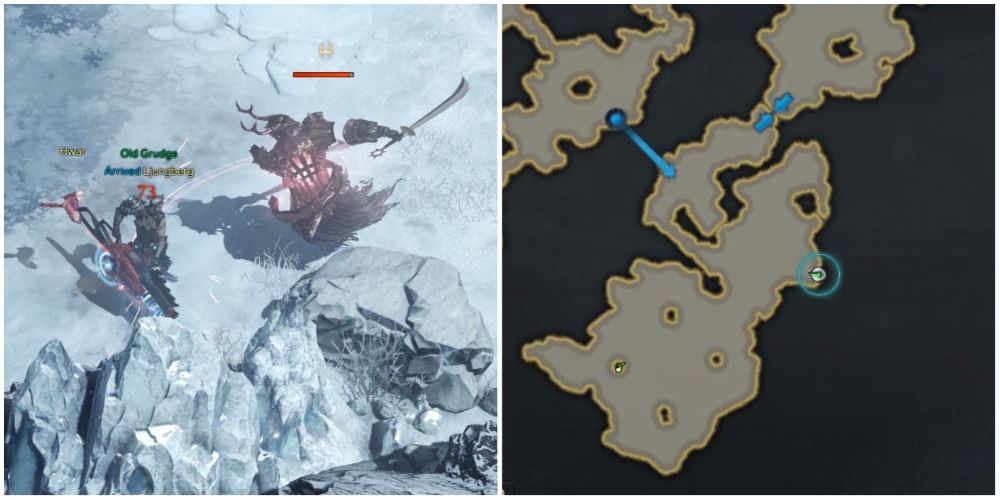 Head to the Gray Wolves Camp Triport and leave the area southeast, going across the bridge there to the next area. Go right across it, again heading southeast, and you’ll see a rope slide heading – you guessed it – southeast. When you land at the bottom, turn to your right and follow the path as it first goes south and then east. As this path opens up into a larger area, walk directly east into and across it to the cliff edge. The Elite Frozen Cliff Living Armour is here, flanked by two of his buddies. 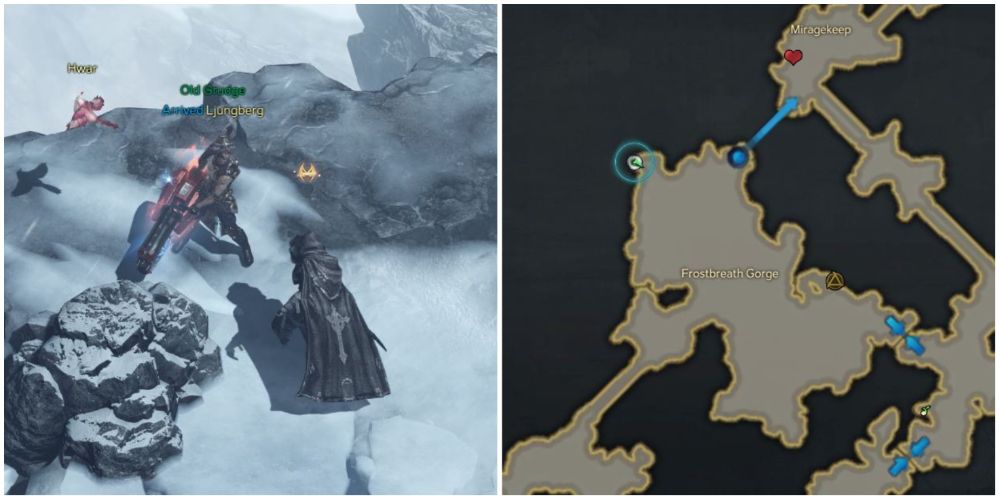 Go to the Frostbreath Gorge Triport. From here, head northwest up to the corner of this plateau where the rope slide goes down towards Miragekeep. Instead of taking the slide, go left of it and into the corner. You’ll find a Plague Legion Elite Demon Priest near the edge of the cliff there. 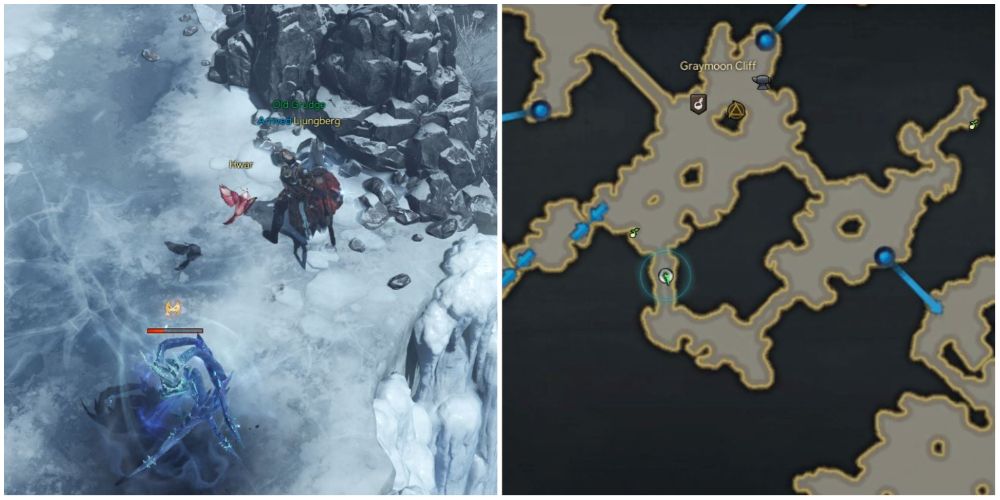 Portal to the Gray Wolves Triport in the centre of the Icewing Heights area. Work your way southwest across the plateau you find yourself on, towards the path that leaves this area to the south. As you start down that path, you’ll be attacked by the Vengeful Specter that you need for your Shushire Adventurer’s Tome.