You are here:
Home / Lonesome Village: Guide To Resources

As is the case with many adventure games like it, in Lonesome Village, you’ll be collecting a hearty number of supplies along your journey to free the villagers of Ubhora from the creepy tower north of town. Ken, the coyote tasked with saving the village, will need steady sources of things like wood, stone, ores, sea creatures, flowers, and more.

You’re given a general location for several of these items, but for the ones you’re not, they can be a little tough to track down. With so many unique townsfolk all asking for different things, we’re here to help you find whatever resource you might need.

We have separate guides for gardening, furniture, and clothes for Lonesome Village, so this guide focuses on raw resources. 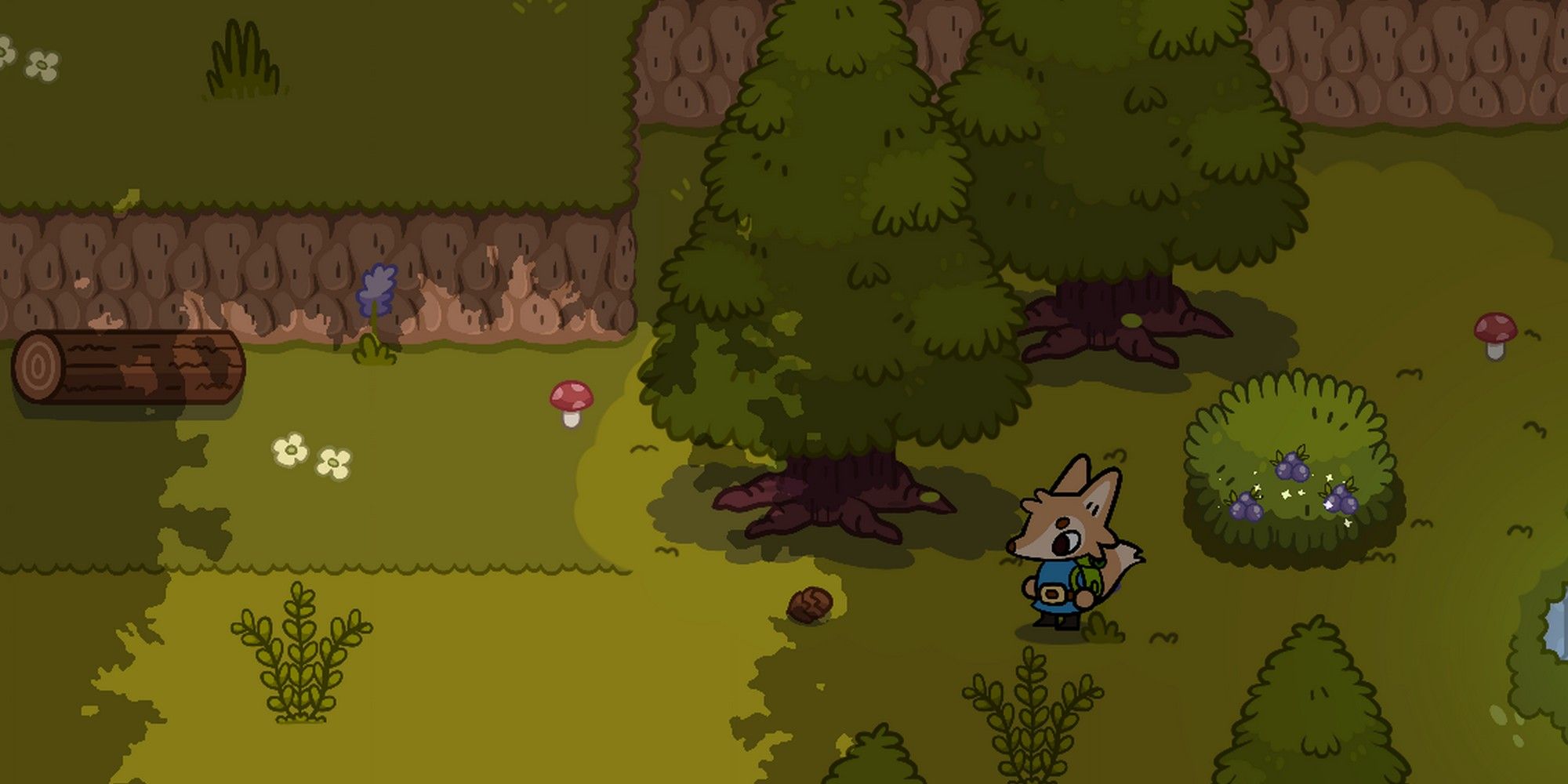 Though the bulk of your wood finds will go toward furniture, there are several story tasks that involve the collection of logs and twigs.

You get an axe from Justin the carpenter at the end of Chapter One, and this is how you chop logs from trees: by interacting with them with your axe.

On the other hand, for twigs, simply shake the tree. When you’re shaking trees, keep in mind that a few different items can fall, including twigs, coins, or the local fruit.

When you chop logs, they may appear a different color on the screen than they do in your inventory. Keep this in mind as you gather resources, and check your bag as often as you need. 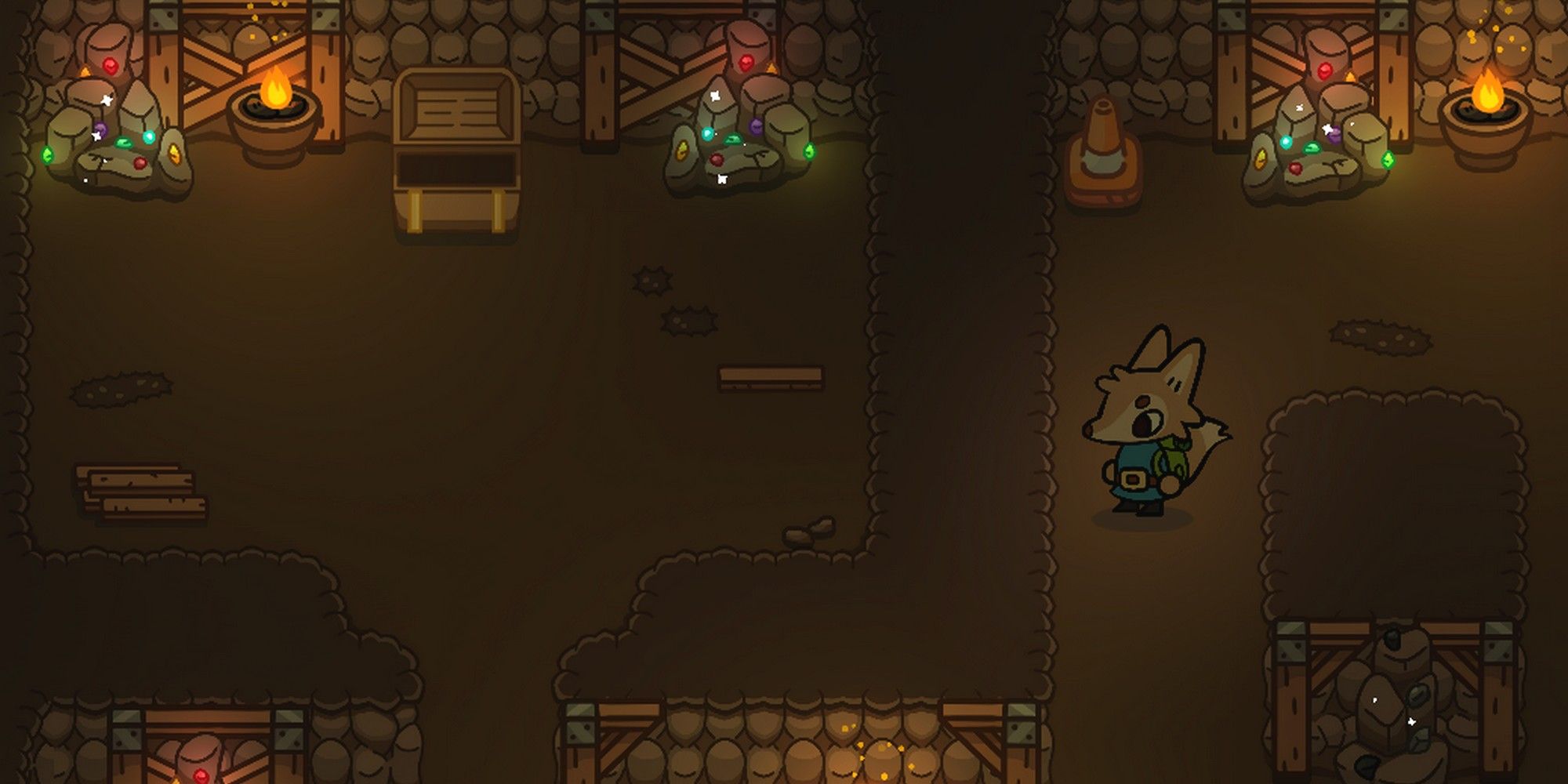 Far more straightforward than the assorted trees giving different wood, when it comes to rock-based resources, you only have two sources to worry about: regular rocks and gemstone rocks.

With the standard pickaxe that Robert the blacksmith gives you for free as part of your story progression through Chapter Two, you're only able to mine regular rocks. If you're hoping to break gemstone rocks, you need the golden pickaxe.

To obtain it, speak to the moles a second time after you've freed up the waterfall. They'll offer you the handle for the golden pickaxe, so bring them the crossed tools Robert can make at his shop to get it. Then, take the handle, your pickaxe, ten gold bars, and three metal sheets to Robert to have him make it.

To mine a rock, stand in front of the rock and click it once. Wes does all the hard work after that, and each rock will return ten random drops before it's completely broken. They do respawn, but it takes some time, so keep resources on hand should you need. 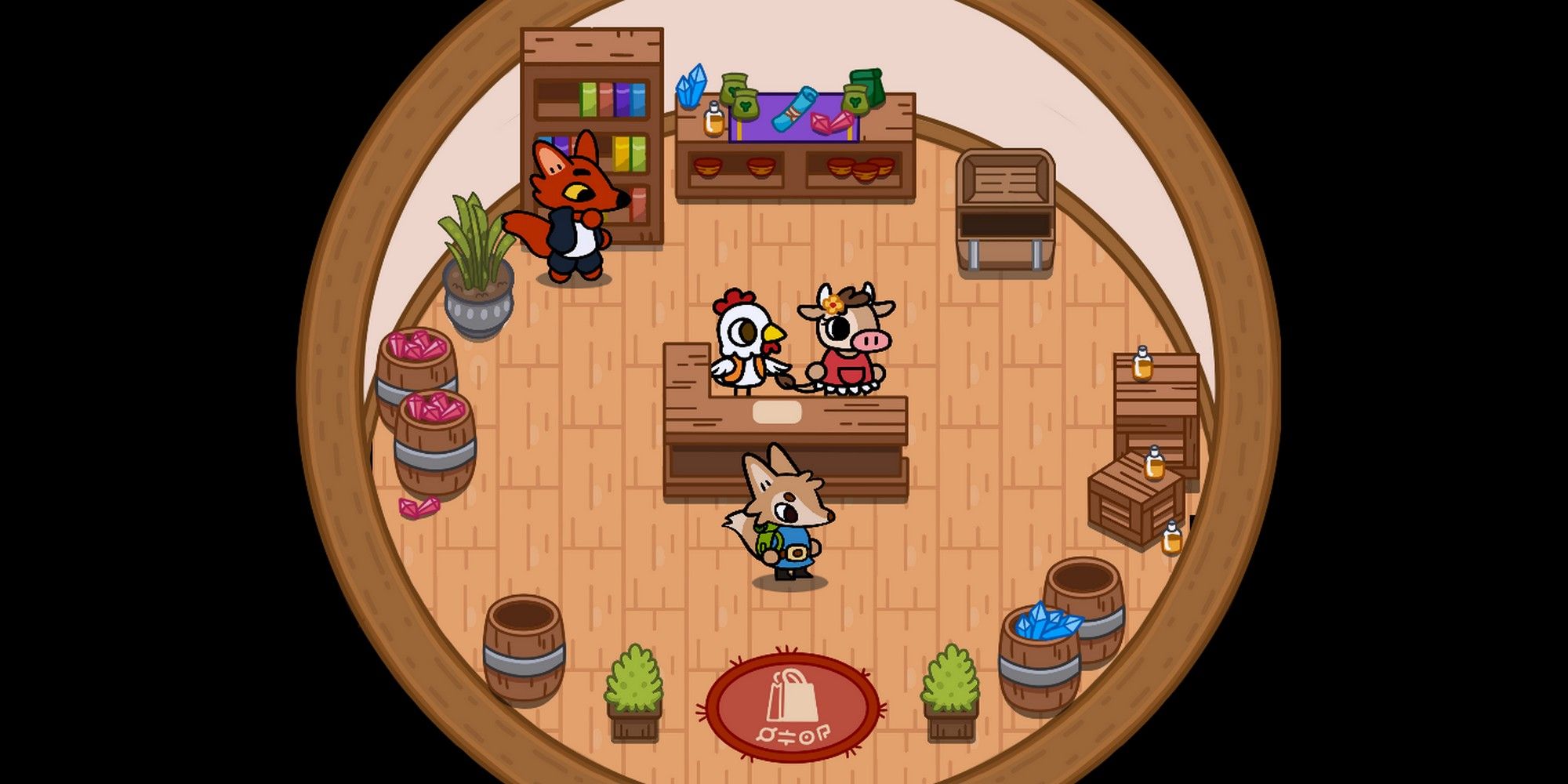 You free Cricket and Lola fairly early in Chapter One, and they immediately return home once they're saved to begin selling you standard goods, so you don't have to go find them.

Everything they sell, except for some of the epilogue content, can be found for free out in the world, but it remains a good choice if you have more gold than patience.

Their shop carries new things as you progress through the story, unlock new areas of the map, and free more villagers from the Tower. You won't see some of these items until the epilogue, so if you see something unfamiliar to you in the table, you'll work up to it as you continue playing.

When it comes to combining ingredients to make more advanced items for things like better tools or furniture, Cricket and Lola sell ingredients as well as (some of) the finished products. Again, choose what's best for you — buying or creating — when it comes to that. 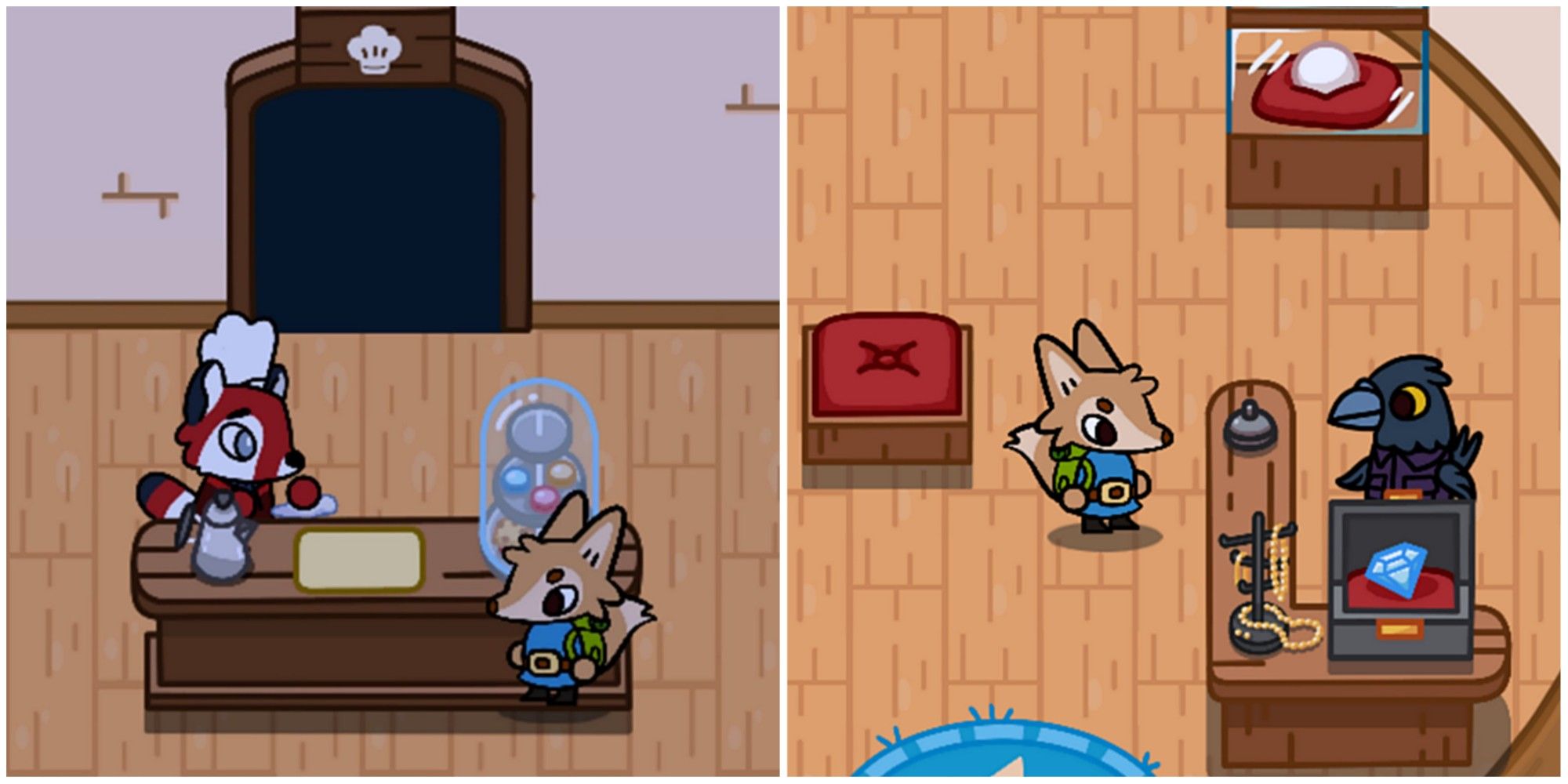 Bakers by trade, Raglan and Noise have your hookup for all things edible. While Wes himself doesn't seem to have much use for food, without combat in the game, villagers will request food for story quests or heart quests fairly often, so acquaint yourself with their store early on. You can't miss it — it's to the right of your tent in the Forest.

Row, on the other hand, deals in much more niche items, but you'll find yourself needing to pay him a visit a time or two. Again, it's mostly for story quests or heart quests. At least he's right in Center Village, to the right of the windmill just off the path to the Forest.

Items from the café will be requested much more frequently than rare goods from Row. However, you will need to visit both of these shops to progress the story.