Outside of acquring powerful Lilliputs, the best way to increase your power in the ruins of Little Noah: Scion of Paradise is through Accessories. These items provide passive effects that range from increasing the damage of your skills, increasing your maximum health, or upgrading your debilitating effects.

There are dozens of Accessories to be found, and each will work in different ways to upgrade your build, allowing you to venture deeper into the ruins. In no particular order, let's take a look at some of the best Accessories in the game, for a variety of builds and uses. 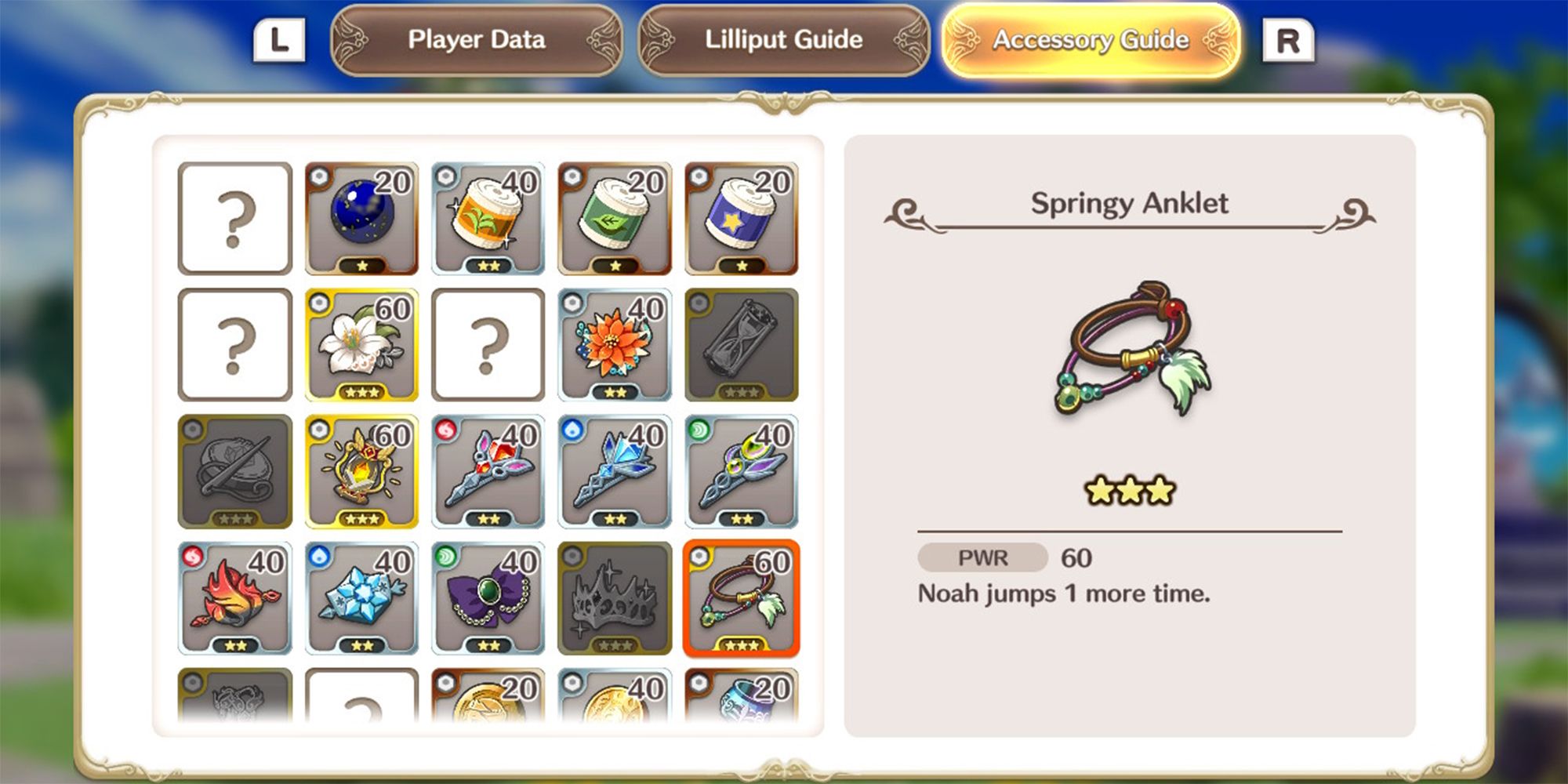 Ultimately, the best Accessories will vary each time you enter the ruins, depending on your current build and the options available to you. For example, close-range, Fire-type builds will typically want to have as many Accessories as possible that boost melee and Fire damage. That said, below are ten of the best Accessories that can be used in a variety of scenarios.

The Springy Anklet increases your survivability by increasing your movement options and dexterity. With an additional jump, you can reach higher areas and stay in the air longer to avoid enemy attacks. While this Accessory may seem simple, gaining access to an additional jump is extremely versatile, and can be useful in almost any situation. 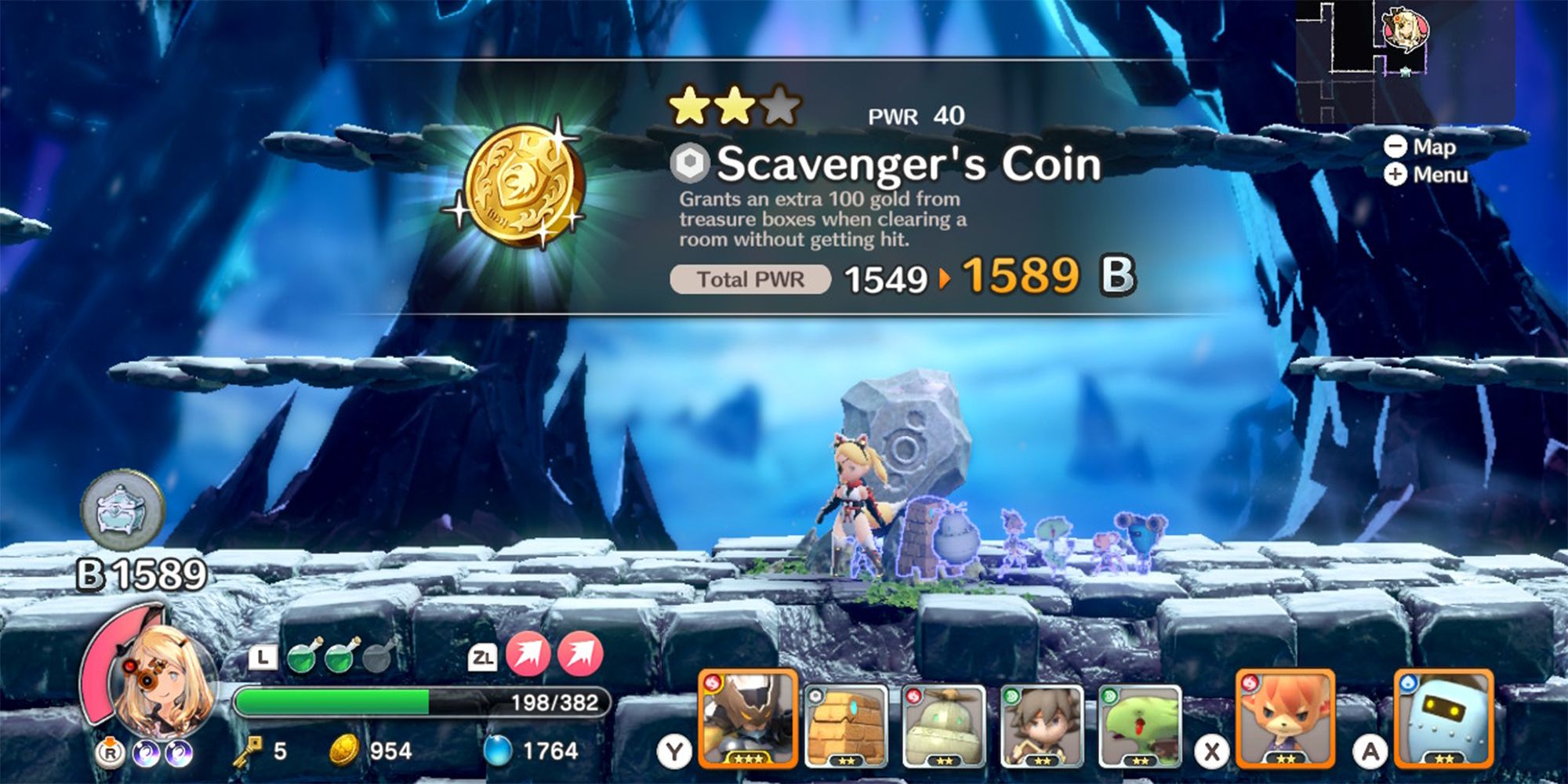 The Scavenger's Coin is one of the best accessories for increasing your gold gain, especially early in the ruins. If you can consistently clear combat rooms without taking damage, you'll be piling up tons of additional gold. The effect falls off later in the ruins as you gain more gold from enemies, but Scavenger's Coin is perfect for amassing tons of gold early on.

Unlike other Accessories, you can obtain more than one Resurrection Doll at once, allowing you to gain additional revives. Even just having one Resurrection Doll will allow you to continue fighting after your HP is reduced to 0. Keep in mind that reviving will not refill your Burst Gauge or potions, meaning you'll still need to be careful if you revive during a boss fight.

Similar to the Springy Anklet, the Swiftest Boots provide increased mobility that can be used for offense or defense. Moving towards or away from enemies faster than normal will help you attack them faster or avoid their attacks faster. In any case, the Swiftest Boots are an extremely versatile Accessory that works well in any situation. 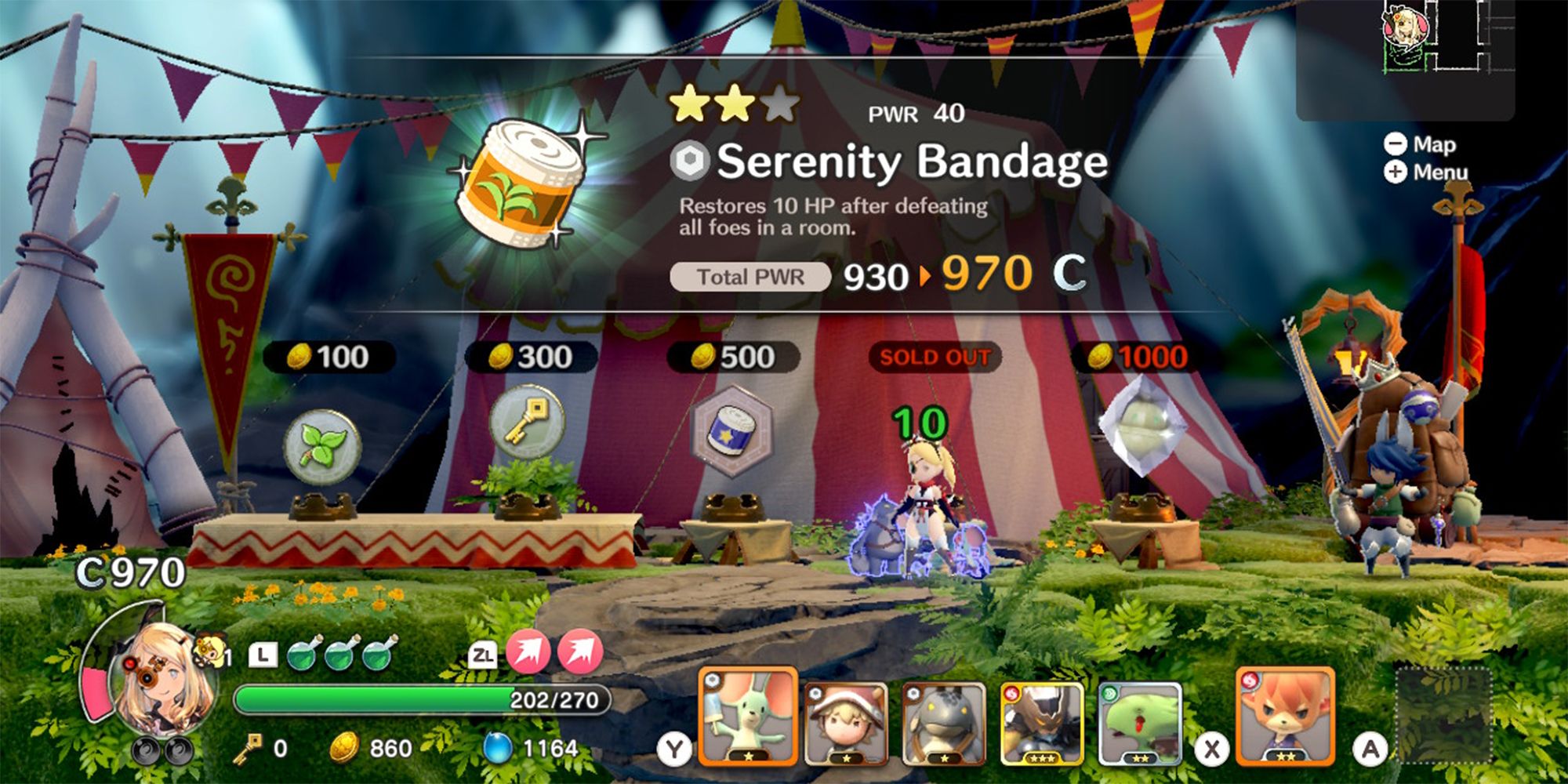 The Serenity Bandage provides a small but consistent heal for you as you explore the ruins. Because it has no conditional requirement, you will restore 10 health every time you clear a combat room, which allows you to slowly restore your health as you explore more rooms. Paired with the Plucky Herb Pot, which will give you an extra herb after clearing a room with less than 50 percent HP remaining, these two Accessories will provide more healing than you could need.

The Dimensional Hourglass is one of the best Accessories for strong Lilliputs that have skills with long cooldowns like Reaper or Bramwell. Being able to use these abilities more often is incredibly strong, and the versatility of this Accessory scales with how powerful your currently equipped skills are.

The Dashing Scarf is one of the best defensive Accessories that you can get. This Accessory will make you completely immune to damage while you are dashing, allowing you to dash through enemy attacks to avoid them. While it won't let you dash through a boss's hitbox, simply dashing at the right time will have you never taking damage. 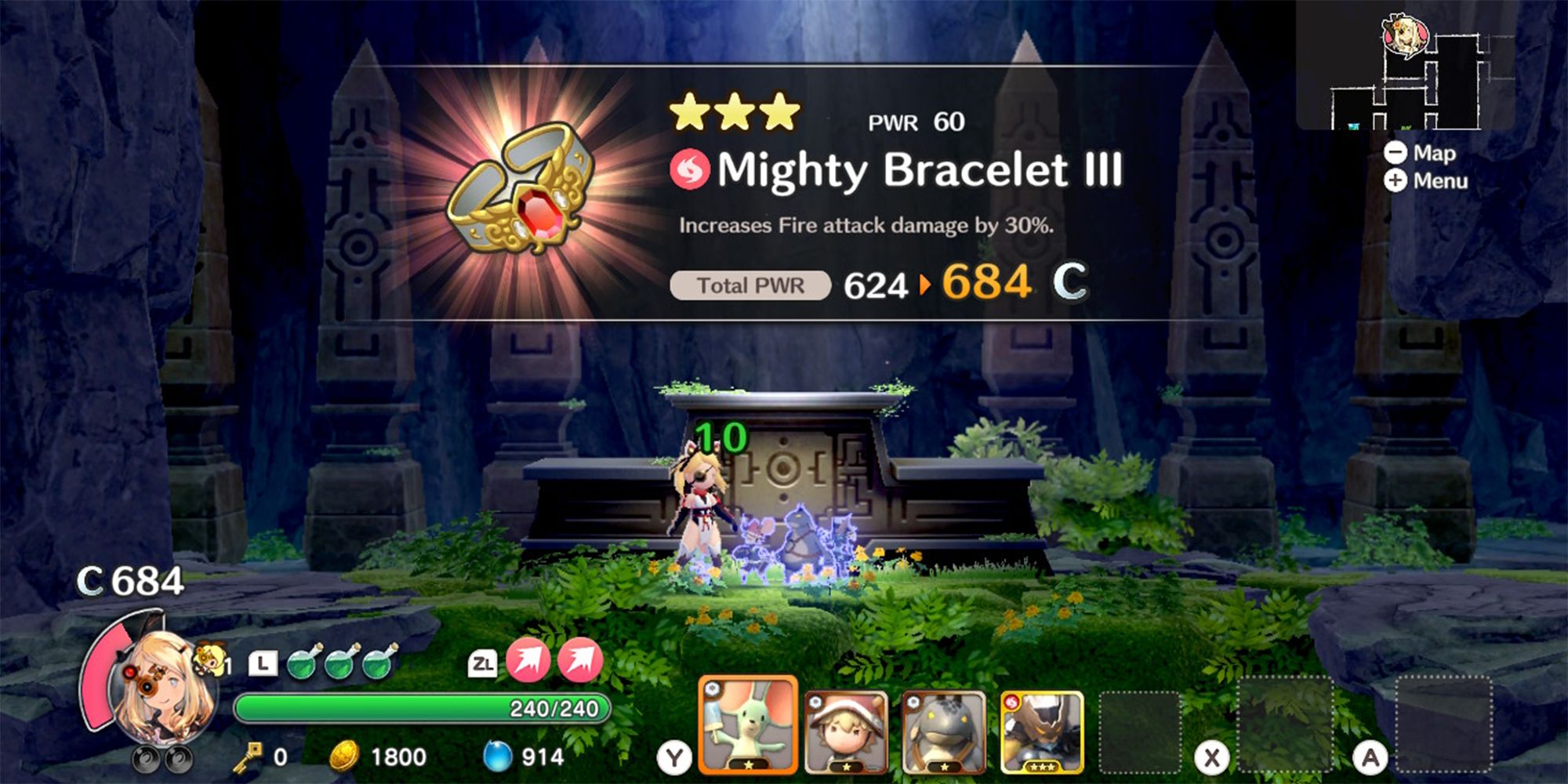 Similar to the Mighty Bracelets, these two Critical Bracelets will form the backbone of any critical hit-based Ice-type builds. Paired together, they will increase your critical rate by a total of 45 percent, allowing you to achieve more critical hits, increasing your Ice damage immensely. 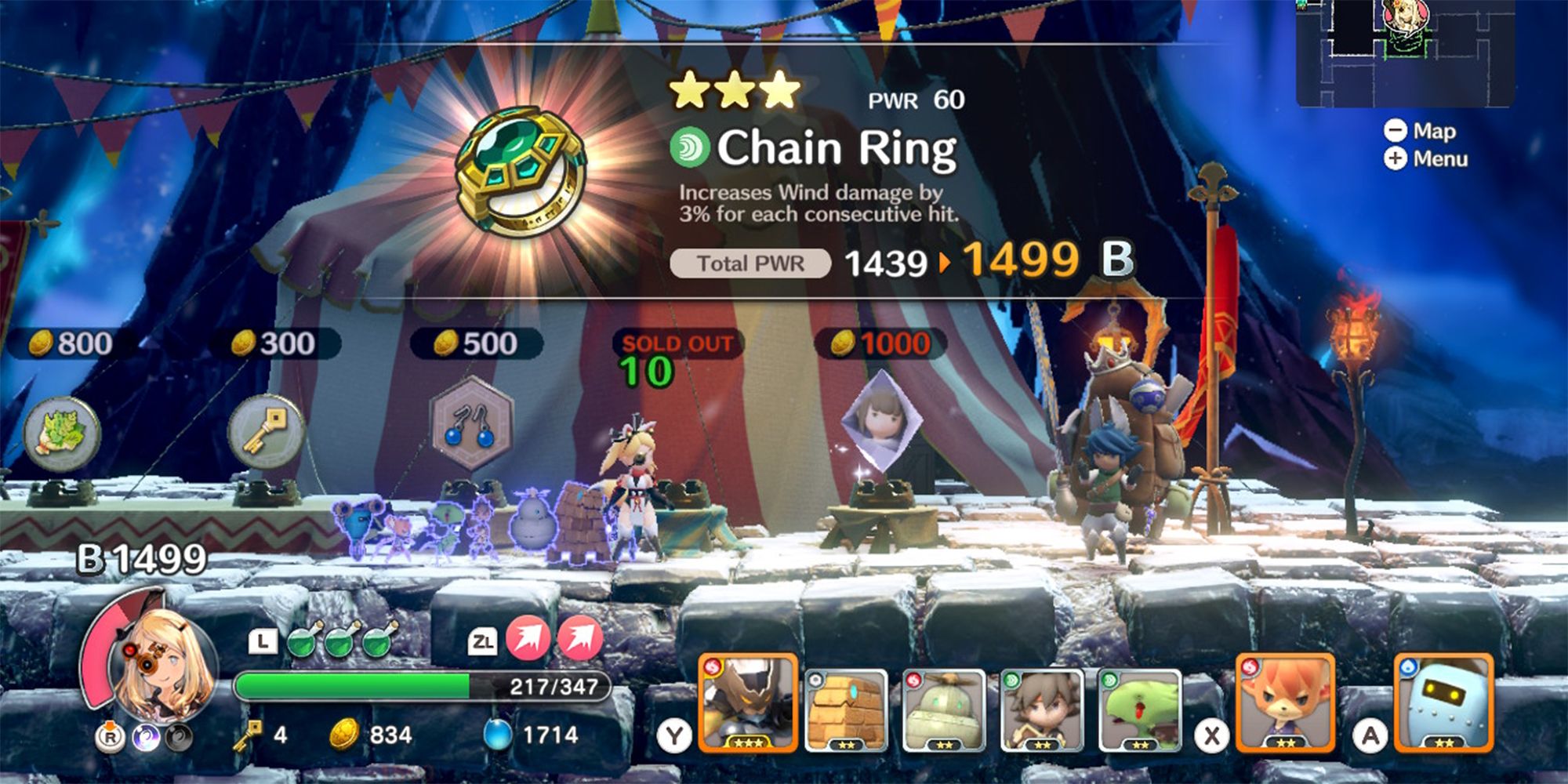 The Chain Ring is one of the best Accessories for multi-hit Wind-type builds. With it equipped, each time you attack consecutively, you will gain a stacking 3 percent Wind damage buff. With Wind-type Lilliputs with high hit counts like Jack and Angela, you can quickly and easily attain high damage buffs that only increase the longer you can maintain the combo.