You are here:
Home / Lewdle is the adults-only Wordle clone for naughty people: How to play the NSFW daily quiz

Lewdle is the adults-only Wordle clone for naughty people: How to play the NSFW daily quiz 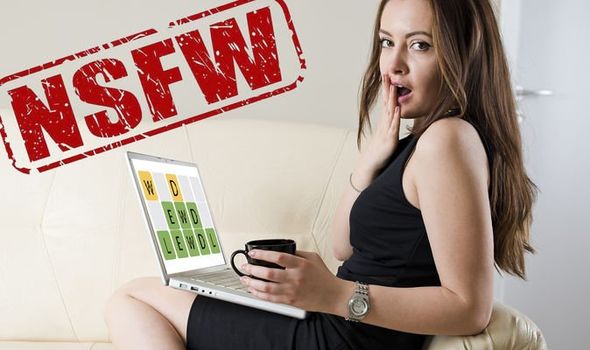 If you’re a fan of daily quiz game Wordle, then you should definitely check out this adult alternative.

Wordle is a puzzle game in which players must work out a five-letter word in up to six guesses.

Unfortunately, however, Wordle is a daily quiz game, meaning you only get one chance to play every 24 hours. This has left fans craving more.

If you’re looking for an additional Wordle fix, then you might want to head over to the Lewdle website.

Lewdle is an adults-only Wordle clone that’s definitely not safe for work.

It plays exactly the same as the original Wordle, only the answers are all rude words. (Think swear words, terms for passing gas and alternative names for human genitalia.)

“Lewdle is a game about rude words,” reads the official description. “If you’re likely to be offended by the use of profanity, vulgarity or obscenity, go play Wordle instead!”

While the words are much more specific, the general approach remains the same, with players advised to start each guess with five different letters and a couple of vowels.

If you haven’t found the time to try out Wordle, then the rules are very simple. Players are given six chances to guess a five-letter word, by process of elimination.

For each guess, the letter tiles will show up in one of three colours. If the turns grey, the letter does not appear in the word you are guessing.

The app keeps track of your statistics, showing the number of correct answers you’ve managed, and your winning streak.

With the popularity of the game soaring – thanks to its celebrity following and competitive element – hundreds of “Wordle apps” have appeared in iPhone and Android.

These apps are far from official, however, and some could actually be damaging to your phone.

Some of the Wordle clones feature paid subscriptions, while others contain invasive adverts.

Apple has since taken matters into its own hands, banning many of the Wordle clones from appearing on the App Store.

But with more and more Wordle apps appearing each day, iOS and Android users should be careful about what they download.

You should be particularly careful about handing over any money, especially now there’s a possibility Apple will remove the app.

If you’re unsure about the legitimacy of a Wordle app, it’s better to err on the side of caution, and stick to the official game on the website.