You are here:
Home / LEGO NES review: Is this the BEST new video game console of 2020?

LEGO NES review: Is this the BEST new video game console of 2020? 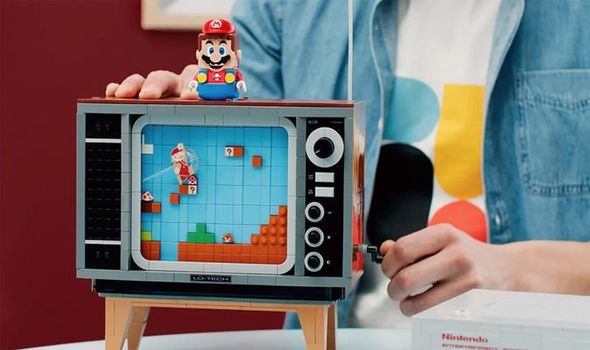 Spoiler alert: The Nintendo Entertainment System is the best LEGO video game crossover since the complete Star Wars saga came to Xbox 360 and PS3 back in 2007.

Of course, this isn’t a LEGO video game tie-in you can play, but rather a replica of the iconic NES console from the 1980s that you must build.

I’ve pieced together a few LEGO video game kits in the past few years, but as much as I like LEGO Overwatch and Minecraft, no single set has come close to matching the look, feel and sheer ingenuity of the LEGO Nintendo Entertainment System.

With 2,646 pieces and an 18+ recommended age rating, the LEGO NES kit is aimed at adults, while the £200+ price tag makes it one for the collectors.

There are two main components to this pack, starting with the Nintendo Entertainment console itself, complete with replica controller and Super Mario Bros. game cartridge.

At a glance, the LEGO Nintendo Entertainment System console, cartridge and controller could be mistaken for the real thing.

The cartridge slot feels as authentic as the console looks, pushing down and clicking into place like the NES of old.

Inserting your game and hearing it click is every bit as satisfying as it sounds, and might even inspire you to dust off your actual NES console and enjoy some old-school gaming. 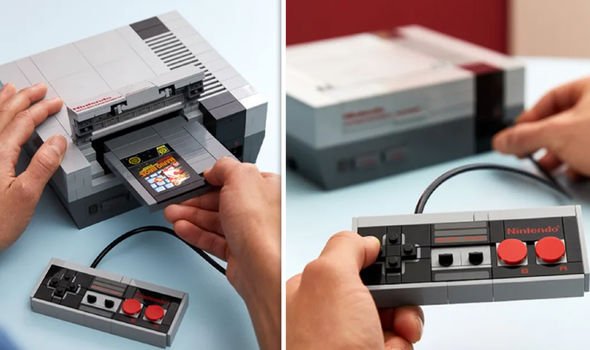 The LEGO NES console certainly looks the part, but building it is child’s play compared to the retro television set.

There’s so much to love about the TV set, from the aerial on top of the device, to the clickable channel dial to the side of the screen.

The most challenging part is building your very own 8-Bit Super Mario Bros. stage, complete with mushrooms, goombas and item bricks.

With so many stage tiles to insert, this part of the building process is the only bit that borders on the tedious, and the section where you’re most likely to make a mistake.

Fortunately, however, it’s most definitely worth it when you see the level quite literally come to life.

Indeed, when you finally finish the epic task of building this retro gaming masterpiece, there’s more to do than just admire your handiwork.

Spin the handle on the side of the TV set and the stage actually rotates to make it look like Mario is running through a classic level. Who comes up with this stuff?

It really is an impressive sight, and the perfect reward for a solid build that will take you a good few hours to fully complete.

If you’ve picked up any of the Super Mario LEGO sets that launched earlier this year, you can even pop your Mario figurine on top of the TV for added music and sound effects.

It really is a work of genius!

My only real issue with the LEGO Nintendo Entertainment System is the hefty price tag, which at £209.99 makes this one for collectors only.

If you do have the funds to pay the premium asking price, this is one of the finest LEGO kits yet, and the perfect way to kick off the Super Mario 35th Anniversary celebrations.