You are here:
Home / Legends Of Runeterra: Every Ionia Card In World Ender, Ranked

Legends Of Runeterra: Every Ionia Card In World Ender, Ranked

The Darkin Saga: World Ender is another expansion from Legends of Runeterra, featuring new Champions like Aatrox. The region of Ionia only got four cards, but that small pool contains some extremely interesting options. Some of them can slot easily into existing archetypes, while others have the potential to create new decks all on their own.

However, it can be difficult to tell which card falls into which category. While Legends of Runeterra is relatively generous with its resources when compared to other card games, you still can’t craft everything. As such, you'll need a way to differentiate between these unusual new cards. To help you out, here are all four of the cards Ionia received in The Darkin Saga: World Ender, ranked by how powerful they are. 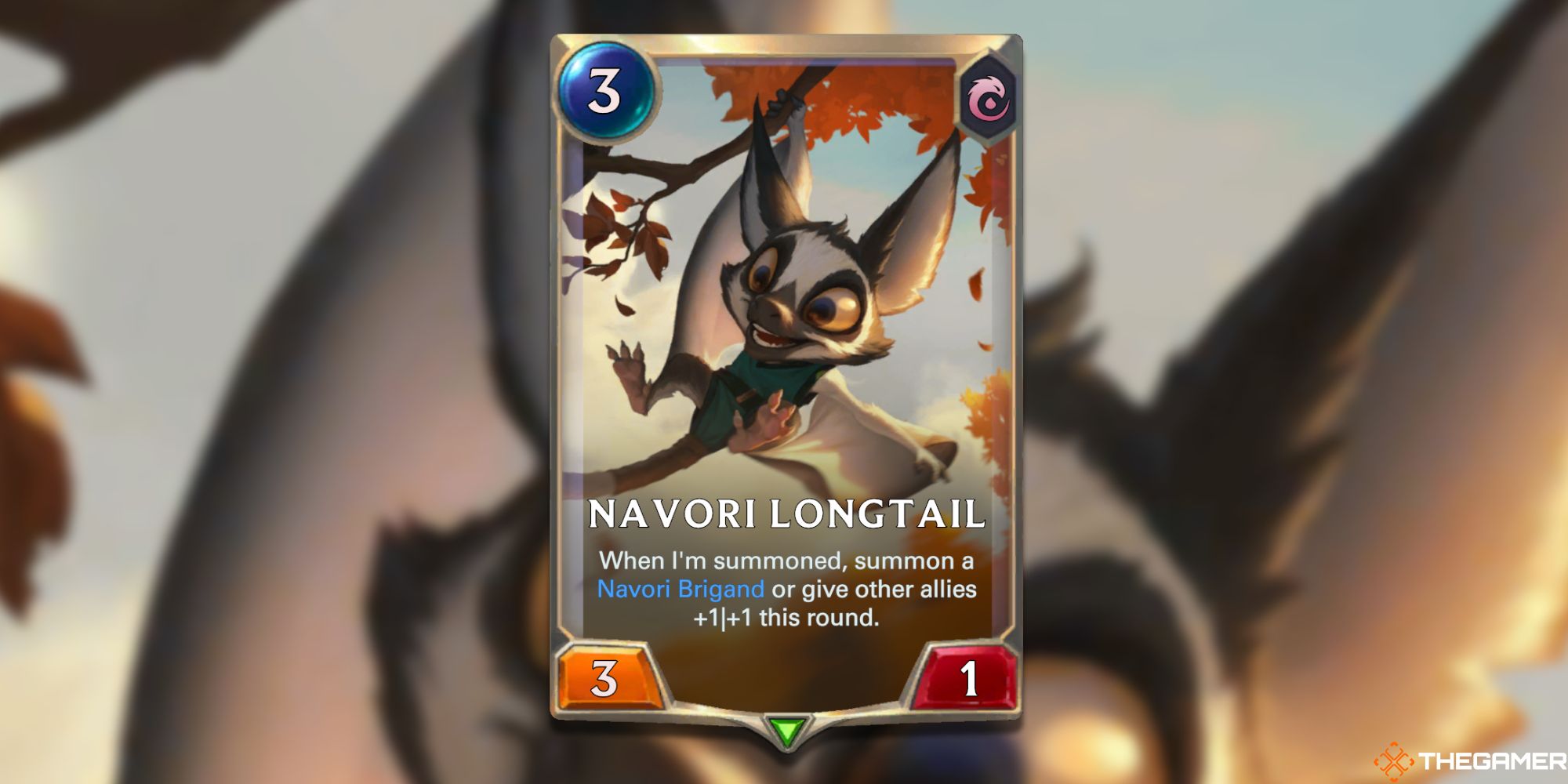 The Navori Longtail can be a versatile follower in a deck that attempts to swarm the board. It can do both of the things that sort of deck wants to do. In theory, the fact that its 4/3 in total stats are split between 3/1 and 1/2 bodies isn’t necessarily ideal, but if you have other cards that buff multiple allies, it becomes an advantage. And if you already have a decently sized board in play, the Navori Longtail can be used to buff your other allies instead.

All of that said, in order for the Navori Longtail to see play, you probably need an Ionia swarm deck to already exist. Versatility is great, but in general, you need cards with specific and powerful effects to create an archetype, and neither half of the Navori Longtail fits that description. The card just doesn't do enough to warrant building a brand-new type of deck solely to include it. 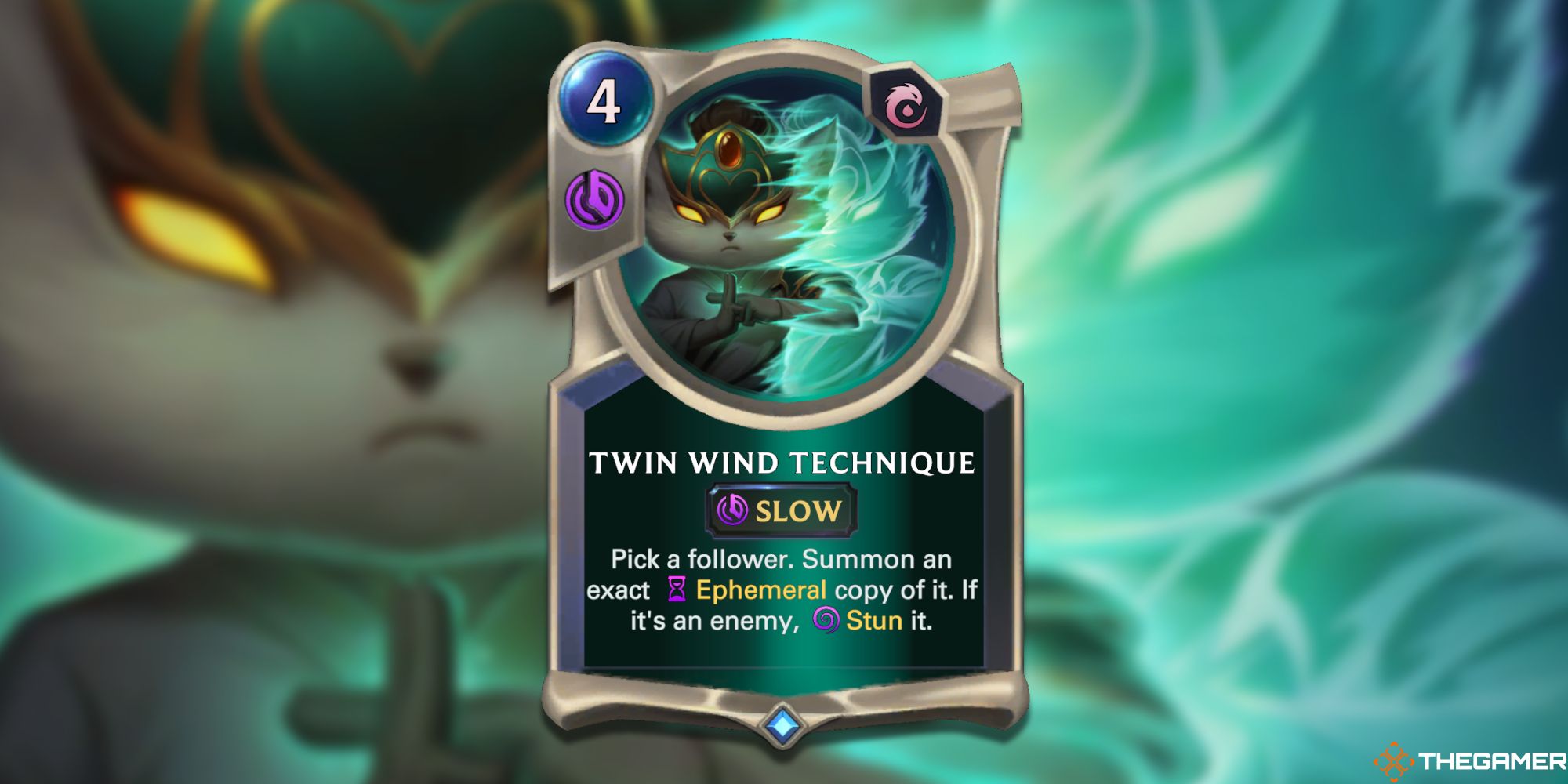 Twin Wind Technique is a card that could be powerful in the right situation. It can double the damage and attacking abilities of one of your allies, or stun an enemy and use their stats to swing at the opposing Nexus. Successfully manufacturing either of these scenarios will shift the game heavily in your favor.

However, the fact that you can only cast Twin Wind Technique at Slow speed does significantly limit its potential. It can’t be used to counter your opponent’s plays reactively, or to proactively set up lethal without giving your opponent an opportunity to respond. In order for Twin Wind Technique to find success, you need to maneuver the game into a perfect situation. You'll have to get your opponent to waste their mana so you can cast the spell unopposed. That said, the card can be game-winning when combined with some clever play. 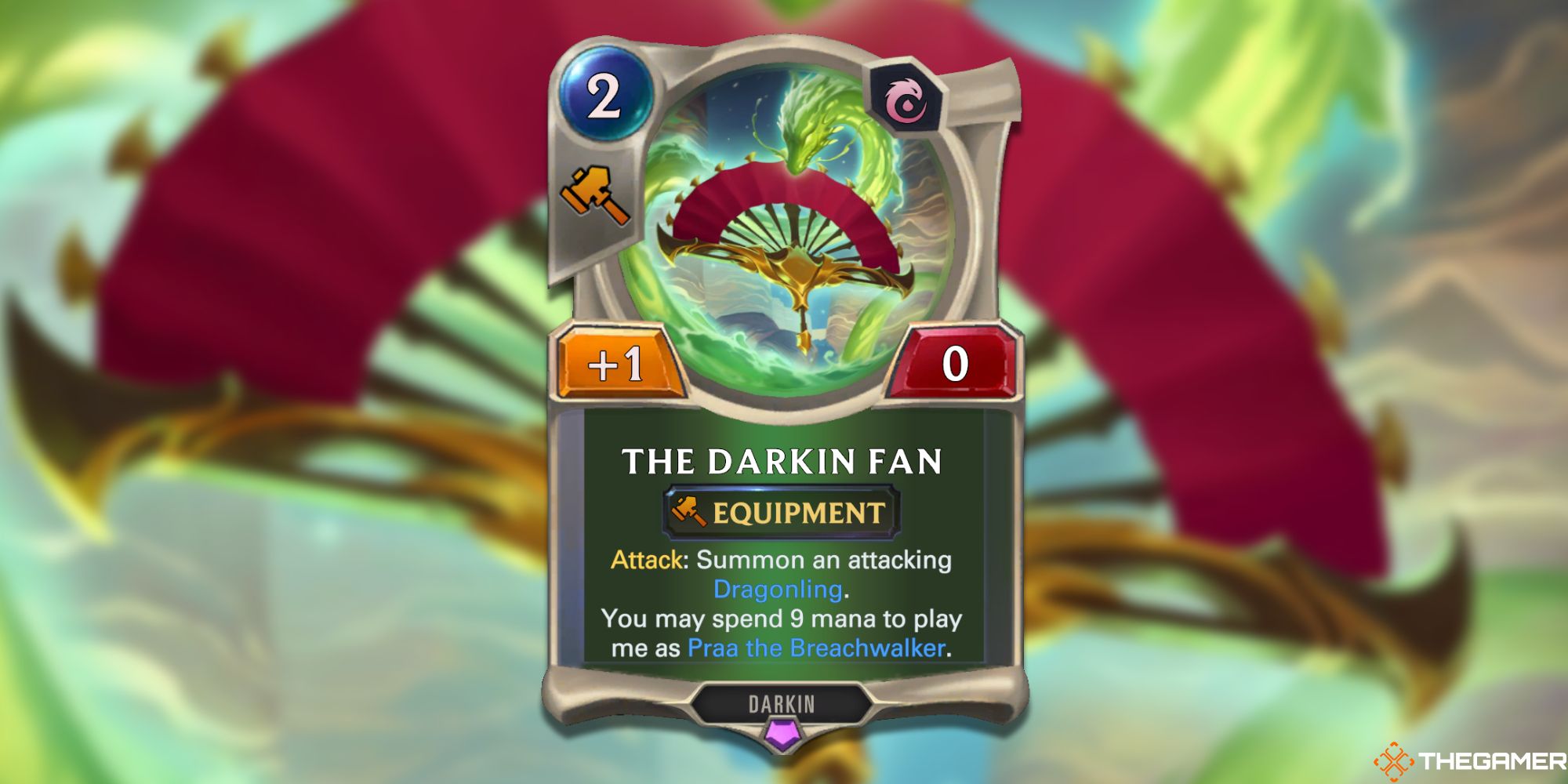 Anyone who has played Legends of Runeterra has seen plenty of Dragonlings, and knows full well how annoying those 2/1 Lifesteal critters can be. They are a nightmare to deal with for aggressive decks, but the Darkin Fan uses them offensively, giving the equipped ally a total of three Power and summoning additional bodies to constantly put pressure on your opponents. If that isn’t enough for you, for nine mana, the card can alternatively be played as Praa, the Breachwalker, a follower with far more immediate impact on the board than the Fan’s equipment form.

That nine mana gets you three 5/4 bodies; one with Challenger, one with Lifesteal, and a final body with Elusive. All three of those Keywords are powerful, and getting all of them at once on decently sized bodies allows you to target and kill an important enemy, heal your Nexus, and get a clear shot at the enemy Nexus at the same time. Only the Elusive body will stick around after the turn, since the other two have Ephemeral, but one attack can swing the board heavily in your favor. He’s expensive, but having the ability to pull Praa out when the situation calls for it is a significant advantage. 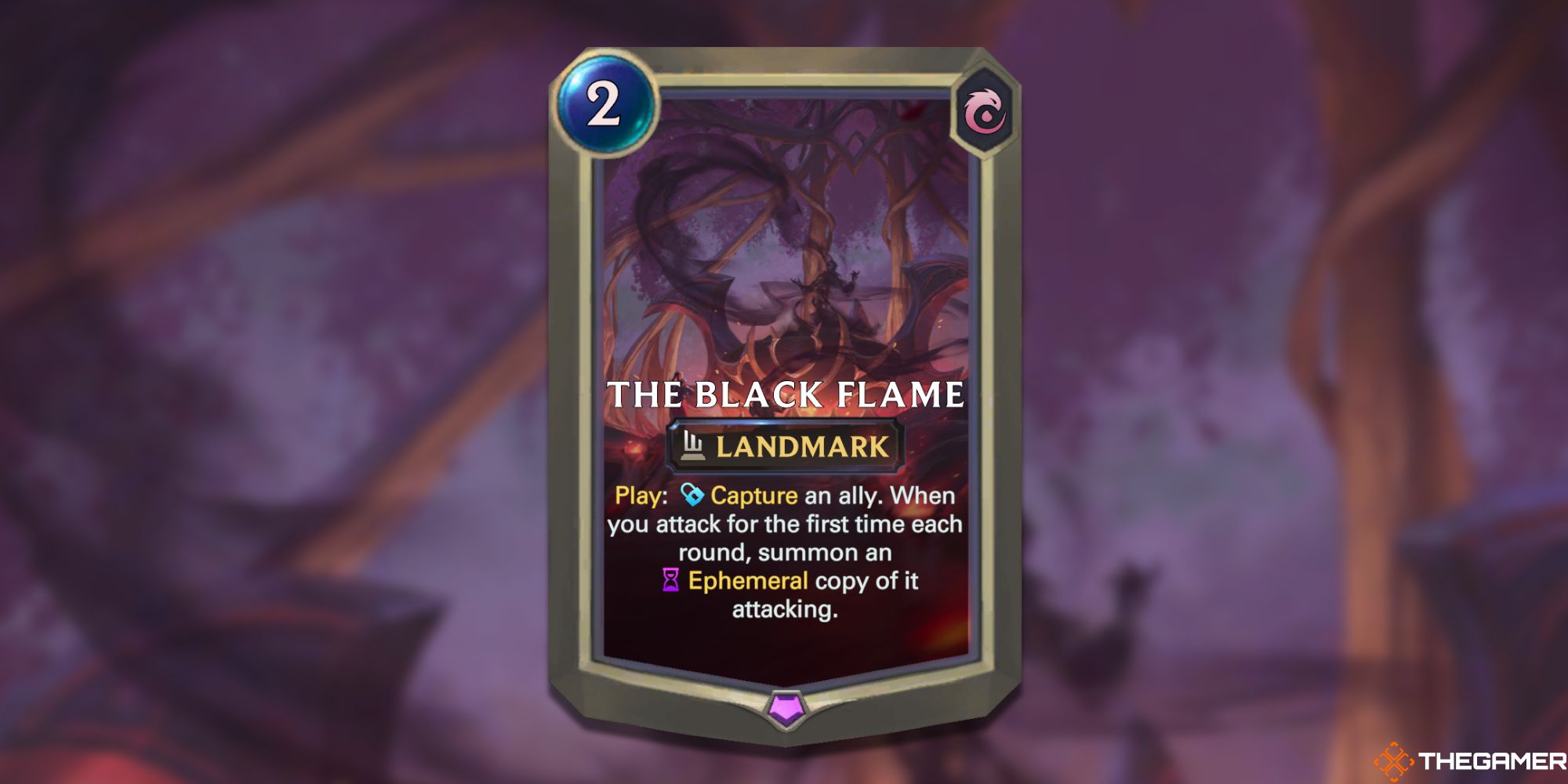 The Black Flame is an interesting Landmark with a lot of potential. It probably isn’t the sort of card you include in your deck without a plan, but it can create some truly degenerate scenarios if played correctly. You can Capture an ally with Hallowed to continuously trigger the attack bonus, or just use the Landmark on an Elusive unit to get an extra nearly-unblockable attacker each time you attack.

However, it’s probably best used to Capture a powerful Champion who has abilities that trigger when they attack, like Hecarim or Zed, and keep it safe inside The Black Flame where your opponent can’t interact with it. As a result, you can guarantee their attack abilities will go off. Your opponent might have a card that they can use to destroy your Landmarks, but those tools will be much rarer than cards that destroy Champions or Followers. And even then, your ally will pop back out, forcing your opponent to deal with it in some other way.