You are here:
Home / Kirby And The Forgotten Land: Where To Find The Two Secret Passages In Metro On Ice

Kirby And The Forgotten Land: Where To Find The Two Secret Passages In Metro On Ice

Finding the secret passages in Metro on Ice in Kirby and the Forgotten Land is only easy if you know where to look. They are secret after all, but once you find the first, you won’t have far to go for the second. Finding the hidden passages is required to free some of the extra Waddle Dees at the end of the stage, but there’s more to them than just ticking boxes.

Each passage also leads you to one of the stage’s hidden Waddle Dees, along with a few other handy items. Best of all, they’re almost right next to each other, so you can plunder them in no time and move on to the next challenge without even skipping a beat. 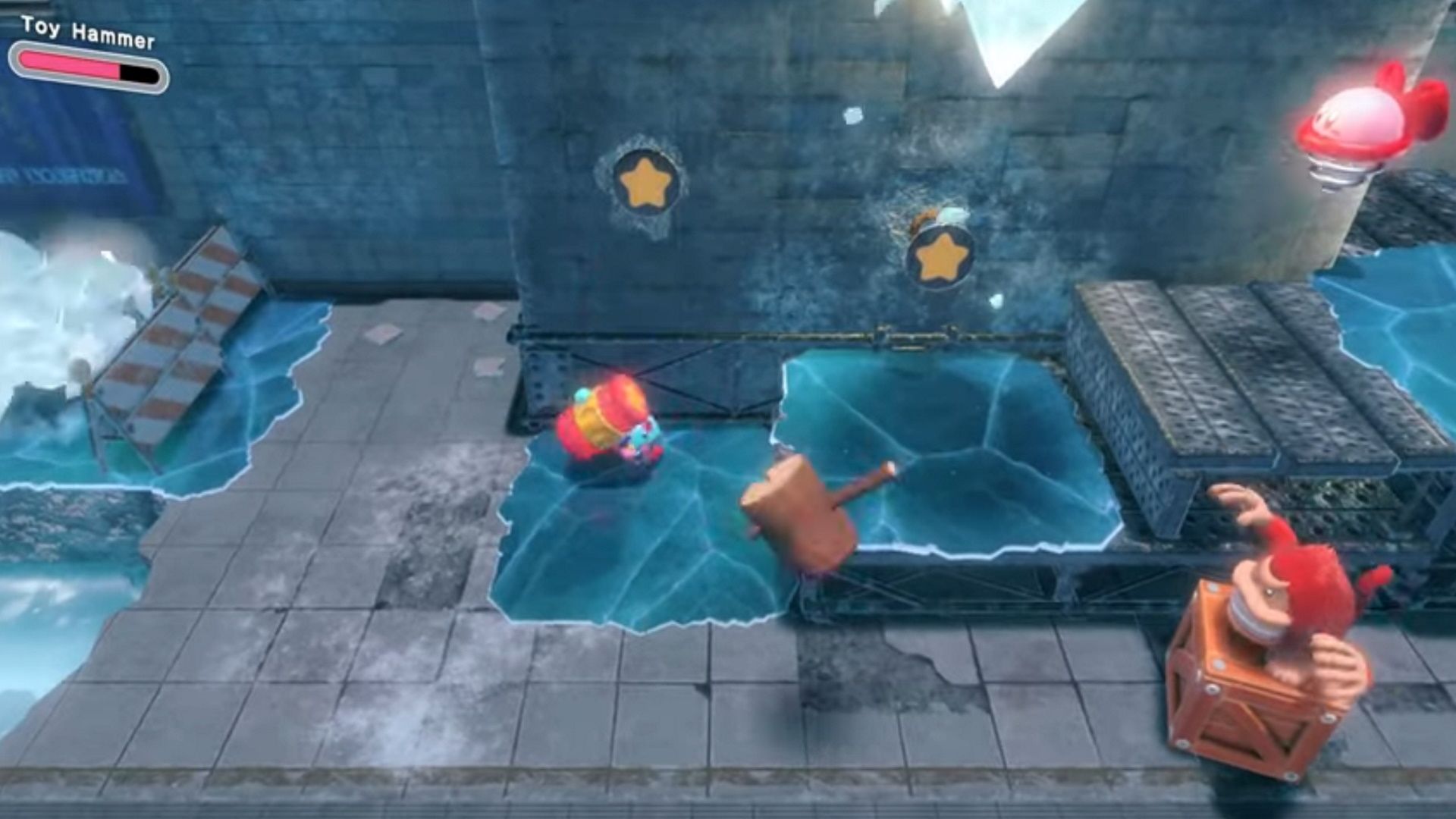 The first secret passage is roughly halfway through the level, just past the wall switches hiding a capsule and the falling icicle between two roadblocks. You’ll see a few raised platforms, a Bouncy, and a monkey with a hammer.

Inhale the monkey if you don’t already have the Toy Hammer ability, or if you do, just get rid of the monkey to make life easier.

Smack the two switches in the front, and then hit the third one on the right side of the wall. The wall will recede, revealing an escalator you can walk down to find a new area.

This area tasks you with collecting five green shards to free a hidden Waddle Dee. The first two are in plain sight. The third one appears when you hit the wooden switch near the right platform. Shard four is in a small area guarded by two Gordo enemies. Climb up above the Gordo area, and enter Mouthful Mode to suck up the dome lid. The final shard is inside, and it unlocks a hidden door, behind which is the Waddle Dee and two recovery items. 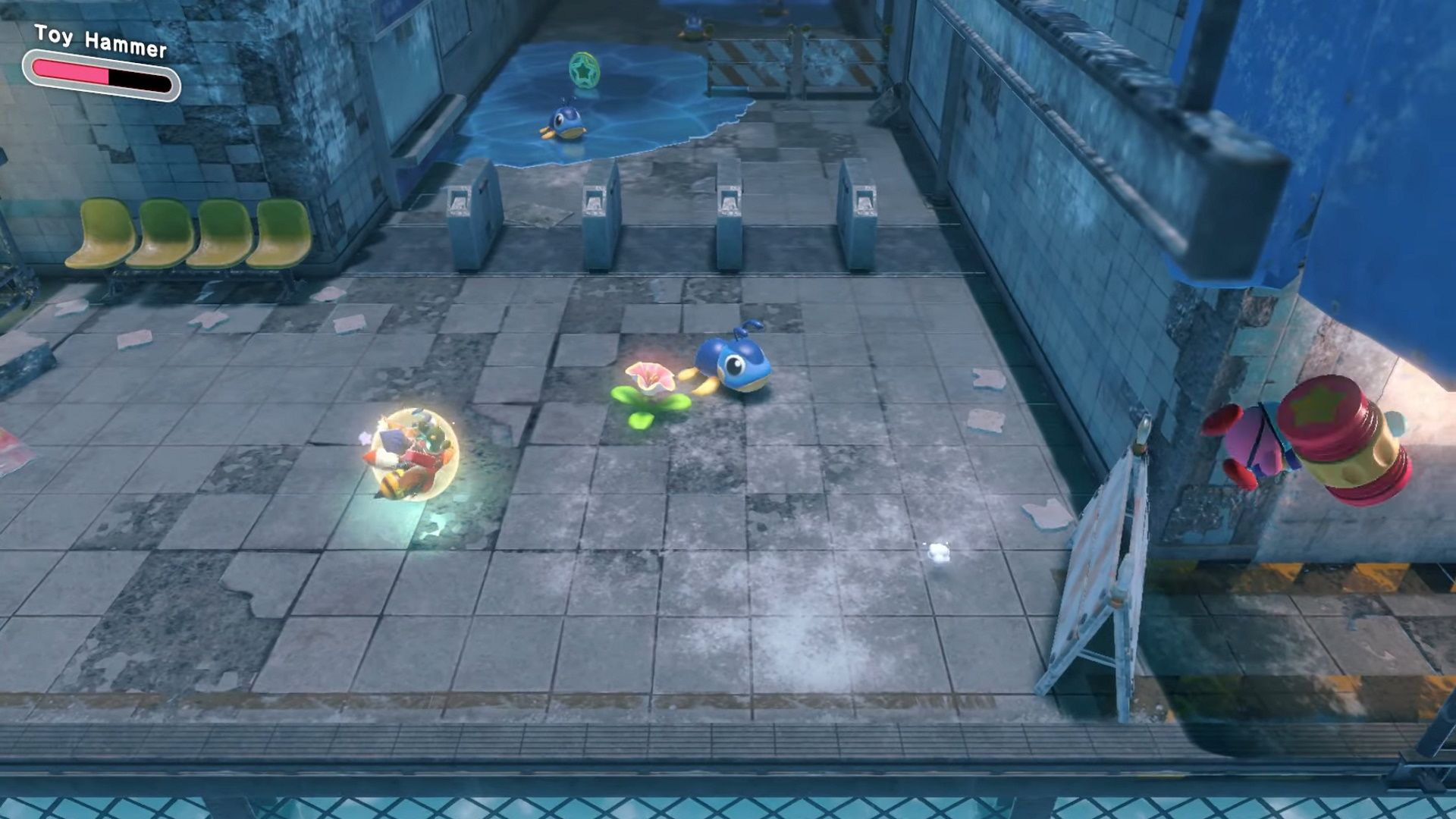 The second passage is just steps away from the first. Keep going right from the site of the first passage, and hop over the roadblock. This is technically the secret passage, but you can get another hidden Waddle Dee more easily if you continue on.

Smack the Noddy, and use Mouthful Mode to wiggle the barrier down. Grab the invincibility food, then rush back the way you came and continue on through the stage. Run into the enemies and giant seal to defeat them, and climb up the ladder to your left. Defeat the other giant seal, and open the treasure chest to find another hidden Waddle Dee.