You are here:
Home / Kirby And The Forgotten Land: How To Perk Up With 3 Cups Of Coffee In Burning, Churning Power Plant

Kirby And The Forgotten Land: How To Perk Up With 3 Cups Of Coffee In Burning, Churning Power Plant

Kirby And The Forgotten Land has several optional objectives in each of its colorful levels that you’ll need to engage with if you want to find all of the Waddle Dees and reach 100 percent completion.

In the level Burning, Churning Power Plant in the final zone of the game, Reddgar Forbidden Lands, players will need to ‘perk up’ by drinking three cups of coffee scattered throughout the power plant. These coffee cups are hidden in a variety of locations that are fairly easy to spot throughout the level. However, the fast pace of the power plant can also make them easy to miss. Follow our visual guide below to ensure Kirby is sufficiently caffeinated.

Where To Find The First Cup The first of the coffee cups in the power plant can be found shortly after the beginning of the level, after moving through the first hallway where the walls close inwards. If you're in a hurry, you may not notice this coffee cup stacked on top of these star blocks. When you stop to collect the coffee, you'll probably also notice a sleeping beast in front of it, so make sure to dispatch them before drinking the coffee.

Where To Find The Second Cup The second cup of coffee in the power plant can be found towards the end of this section where you'll need to run fast across escalators pushing you in the opposite direction.

Tucked away in the corner is another configuration of star blocks with a cup of coffee on top and another sleeping beast in front of it. Because of all the hazards in this room such as enemies, meteors, and the escalator pushing against you, you'll need to move quickly, attack the sleeping beast, and jump into the coffee cup in one smooth sequence of actions.

Where To Find The Third Cup 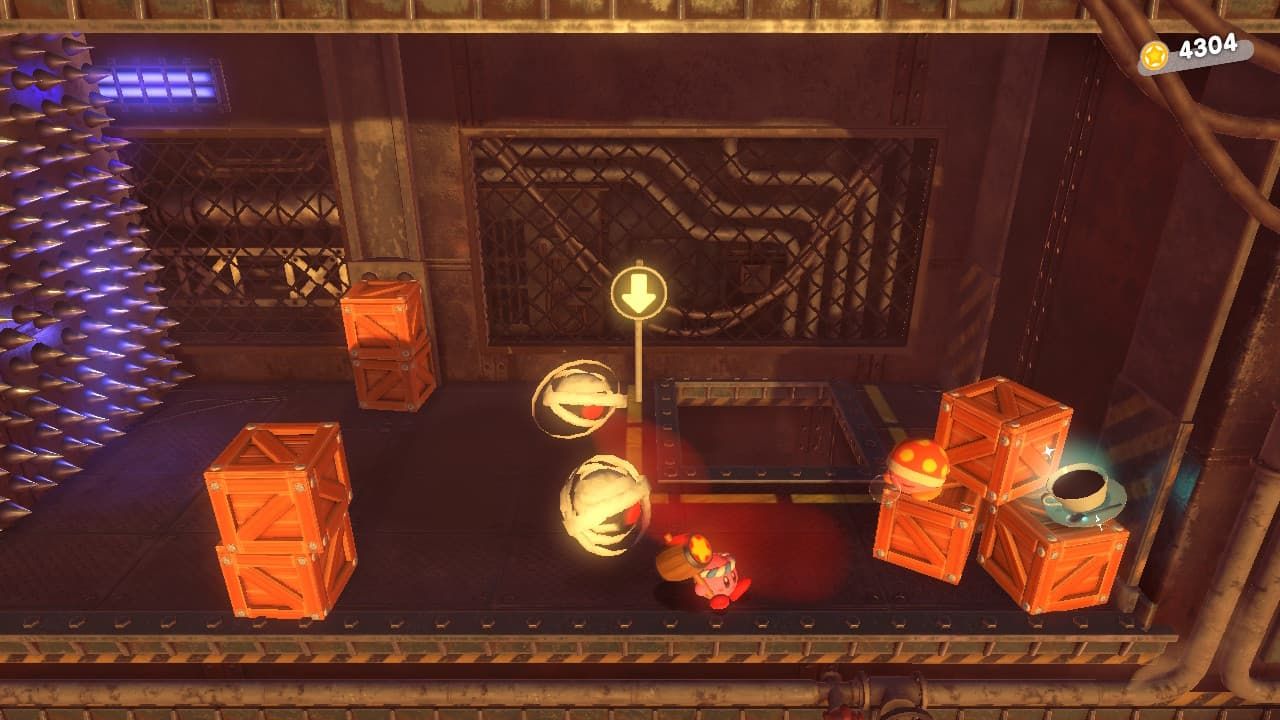 The third and final cup of coffee can be found towards the end of the stage, during the section with the fast-approaching spike walls chasing you down this hallway.

You'll find the third cup of coffee at the end of one of these spike wall hallways, on top of three wooden crates, just before the hatch that leads to the next section of the level. Make sure you don't miss this one before you move on, as it may be difficult to get back to this section without replaying the level. After jumping into the final coffee cup, you'll have drunk all three coffees in the level, ticking off the objective and granting you an additional Waddle Dee!