You are here:
Home / Kingdom Hearts: Who Is The Master Of Masters?

Kingdom Hearts: Who Is The Master Of Masters?

In 2002, Square Enix developed a game that was unlike any we’d ever seen. The studio found a magical recipe by combining the charming, loveable characters of Disney with the rugged, overly emotional characters of Final Fantasy. The result was the birth of Kingdom Hearts, a story about three friends seeking adventure and a fateful battle between light and darkness.

The Kingdom Hearts series contains 13 games that span multiple platforms. Fans of the series will be the first to tell you the plot is extremely convoluted, as many games occur at different points of the overarching timeline. But at the center of it all is a mysterious cloaked man who goes by the Master of Masters. The importance of this character can easily be lost in the chaos, so let’s dive into who exactly is this hooded figure. 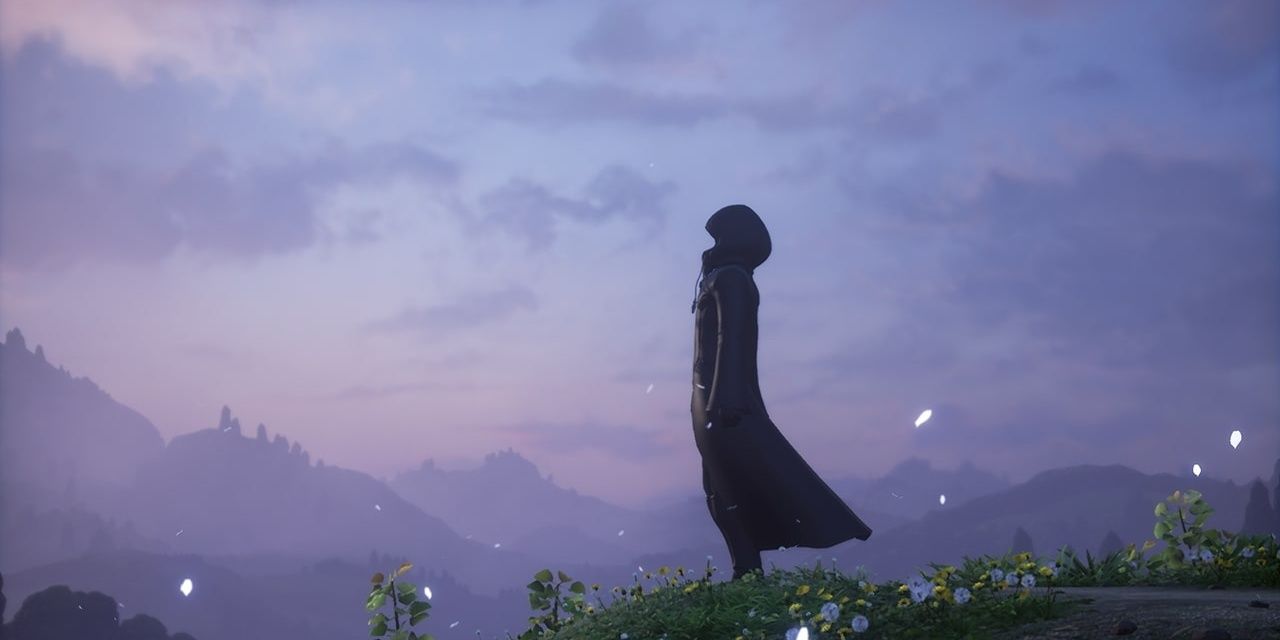 Before Sora dreamed of leaving the comforts of Destiny Islands, the Master of Masters also wished to seek other worlds. As a young boy, the Keyblade War ravaged his world and he lost many loved ones in the battles. He swore to defeat the Darkness and trained himself in becoming a Keyblade Master. When he grew older, the Master of Masters left his homeworld and arrived in Daybreak Town, where he began crafting his master plan.

First, the Master of Masters created a Keyblade from one of his eyes called the Gazing Eye. He used this Keyblade and his innate powers of foresight to create the Book of Prophecies. This book would depict specific events in the future, but not the complete future. However, the Gazing Eye allowed him to also see through the weapon, so by combining both the Keyblade and the Book of Prophecies, the Master of Masters could foresee the future. 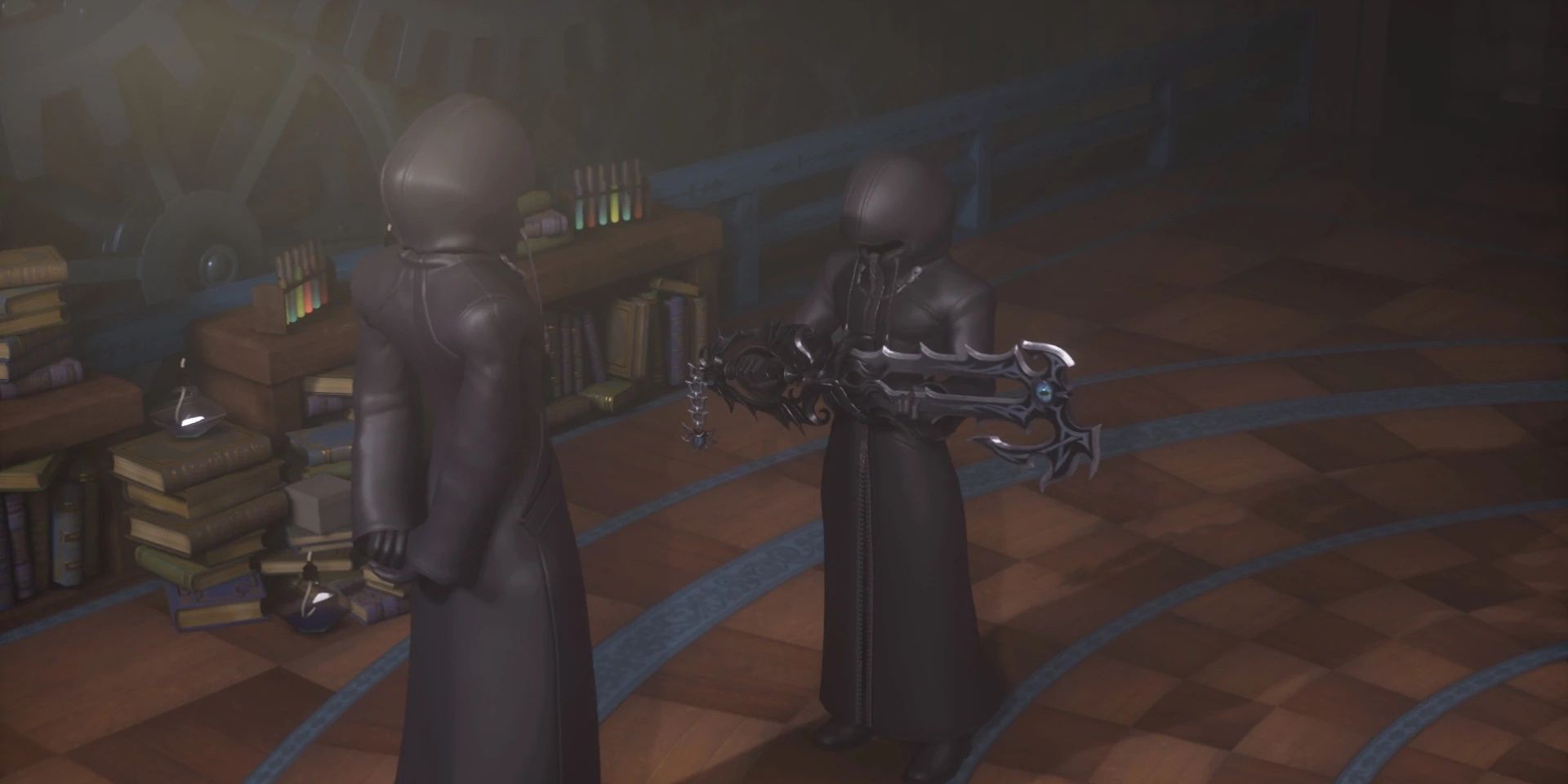 The Master of Masters continued studying the X-blade, and when he felt that his powers reached their limit, he decided to take in six apprentices: Luxu, Ira, Gula, Invi, Aced, and Ava. The Master created Keyblades from each of their hearts and began training them to become Keyblade Masters. In addition to gifting them their own Keyblades, the Master of Masters also bestowed a copy of the Book of Prophecies to each apprentice, except Luxu.

Excluding Luxu wasn’t by accident. In order for the Master’s plan of defeating Darkness to take shape, he had to first alienate Luxu from the rest of the Foretellers. The Master tells Luxu of his plan that there will be 13 forms of Darkness, to which seven of them shall be defeated by the Foretellers. The other forms of Darkness would be left up to the future generations of Light. Confused by the notion of using the others as pawns, Luxu reluctantly proceeds with the Master’s plan. But because of the Book of Prophecies and the Gazing Eye, the Master knew Luxu would have his doubts, and that’s why he was branded the Traitor.

Once the Foretellers had achieved the status of Keyblade Master, the Master of Masters set the final phase of his plan. He elected Ira to be the leader of the Foretellers and convinced Aced to be his right-hand man. Knowing that Aced would try to wrestle command from Ira at the first sight of complacency, Ira would be forced to take action against the Darkness. Ira’s actions would set the next Keyblade War into motion, which was paramount for the Master’s plan. Ultimately, the Master’s plan worked to perfection, as the Keyblade War occurred at the hands of Xehanort and Luxu, disguised as Xigbar. 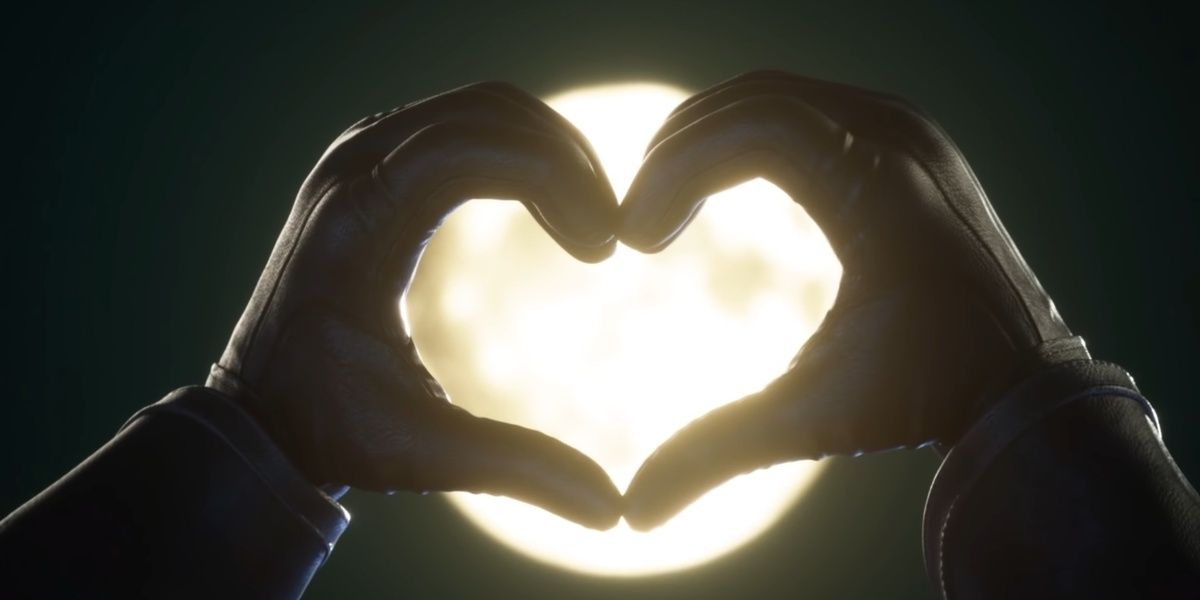