You are here:
Home / Kao The Kangaroo: Things To Do After You Beat The Game

Kao The Kangaroo: Things To Do After You Beat The Game

Coming back from a long hiatus, Kao The Kangaroo is here to offer you a delightful platforming experience, reminiscing not only from its previous installments but also from the 3D platformers of old. Here, you have quite a few areas to explore, with each of them having levels and bosses to get in your way. And, as is common with some games of the genre, you also have many collectibles to find.

Between the runes, crystals, wells, and others, there are quite a few things to do in case you're striving for 100 percent completion. Only the runes are necessary to reach the game's end, but what's so fun about leaving so many things behind? In case beating the final boss was not enough, there are a few things to do once the game is complete. 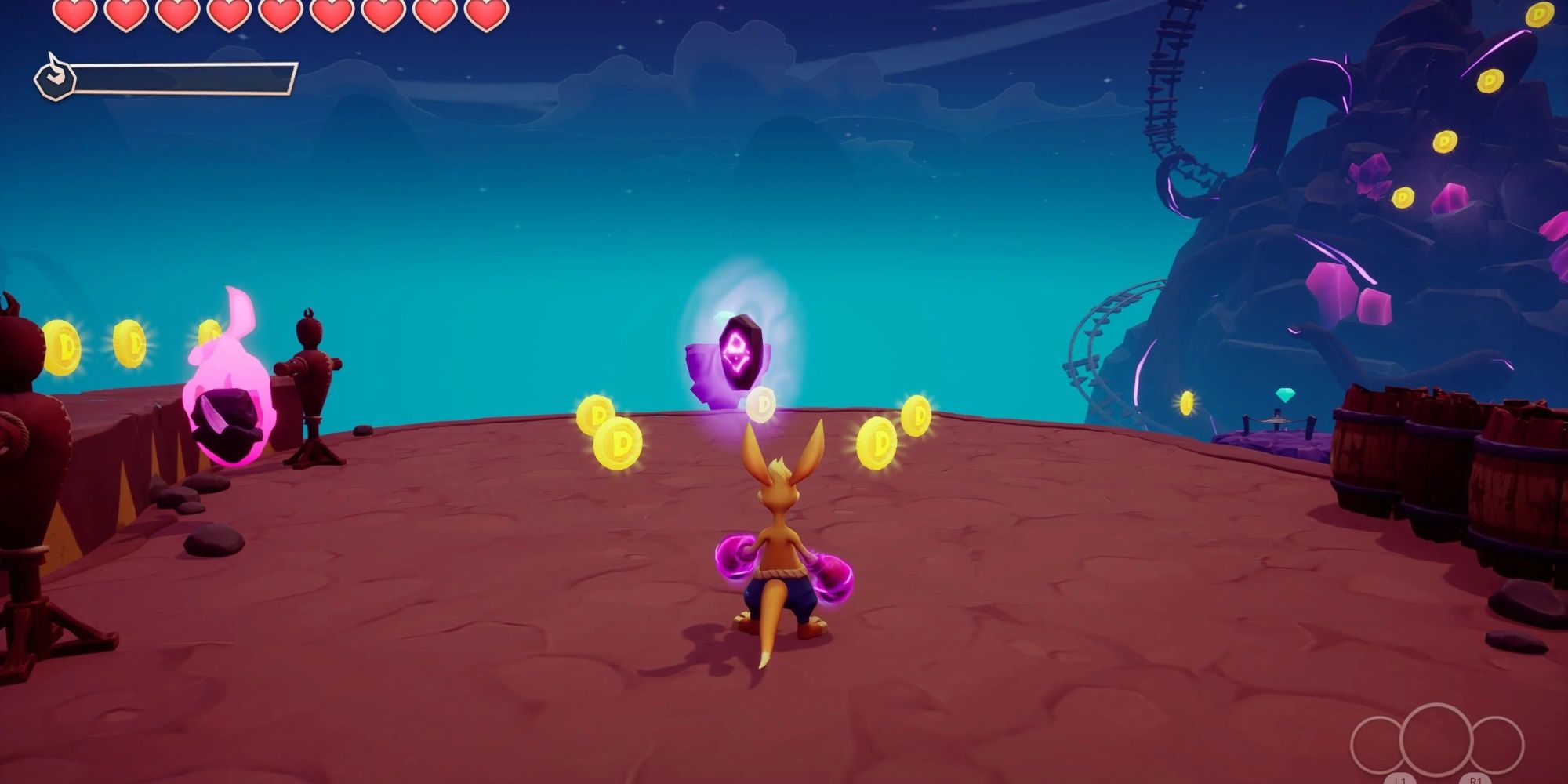 If you have already beaten the game, you either already got all the runes, or you're literally missing one or two of them. After all, you need 48 of them to fight the final boss and the total is 50. What are you waiting for, then? The job is almost done!

They're usually quite easy to find as well, making them perfect for newcomers in the genre, and you can see on the menu at what level they're missing. Besides, that will grant you a trophy, which is always nice. 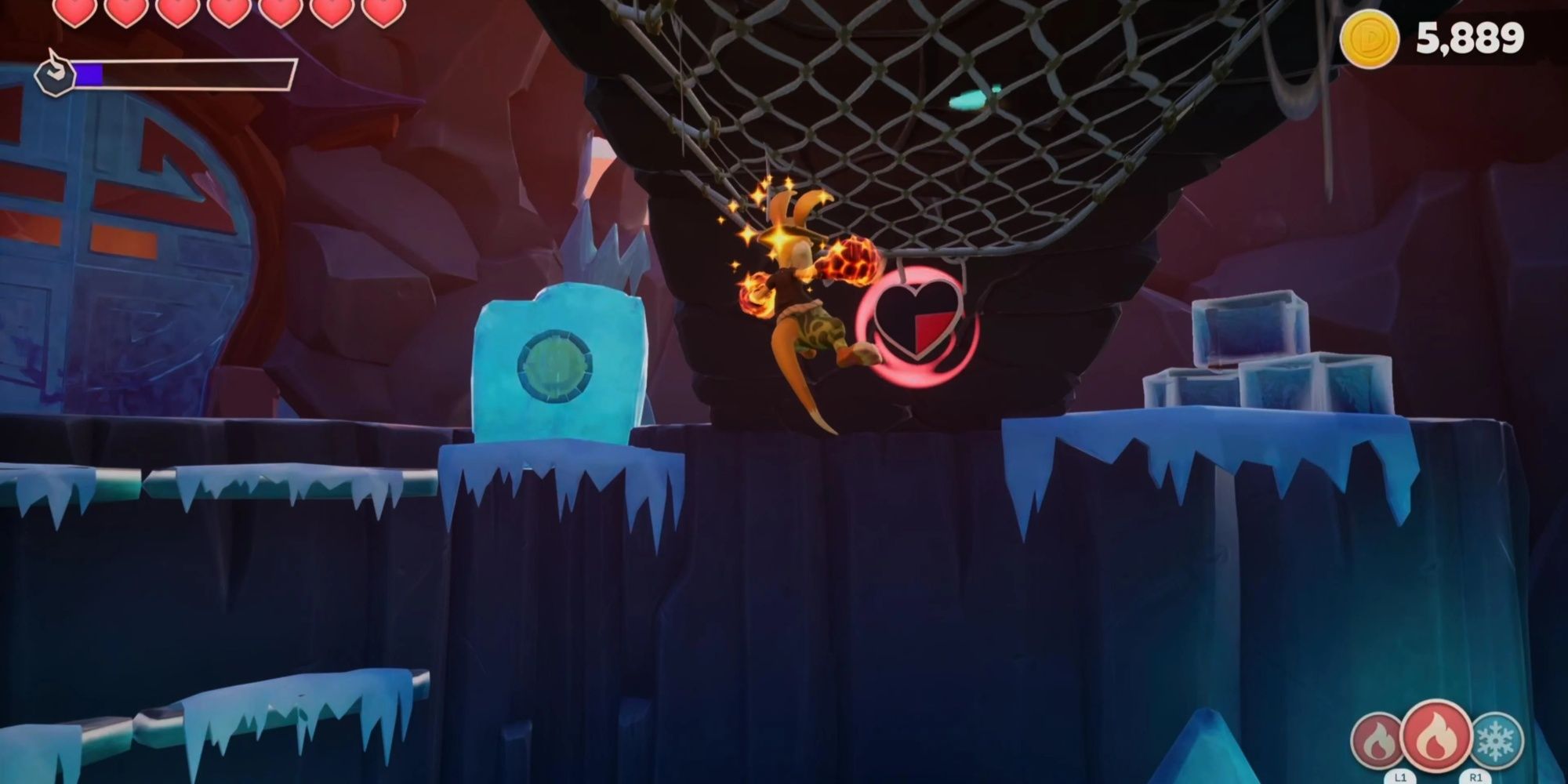 If you want to play through all the adventure again, might as well prepare yourself. One of the collectibles found out there are the heart pieces. Whenever you obtain four of them, your health is increased by one heart.

Not only is it a valuable collectible for increasing your overall health, but you can obtain a lot of them if you haven't spent too many coins, since many of them are obtained in the game's shop. Finding some throughout the levels is still necessary, however, and you'll get a trophy as well for completing this part.

5 Finding All The Crystals 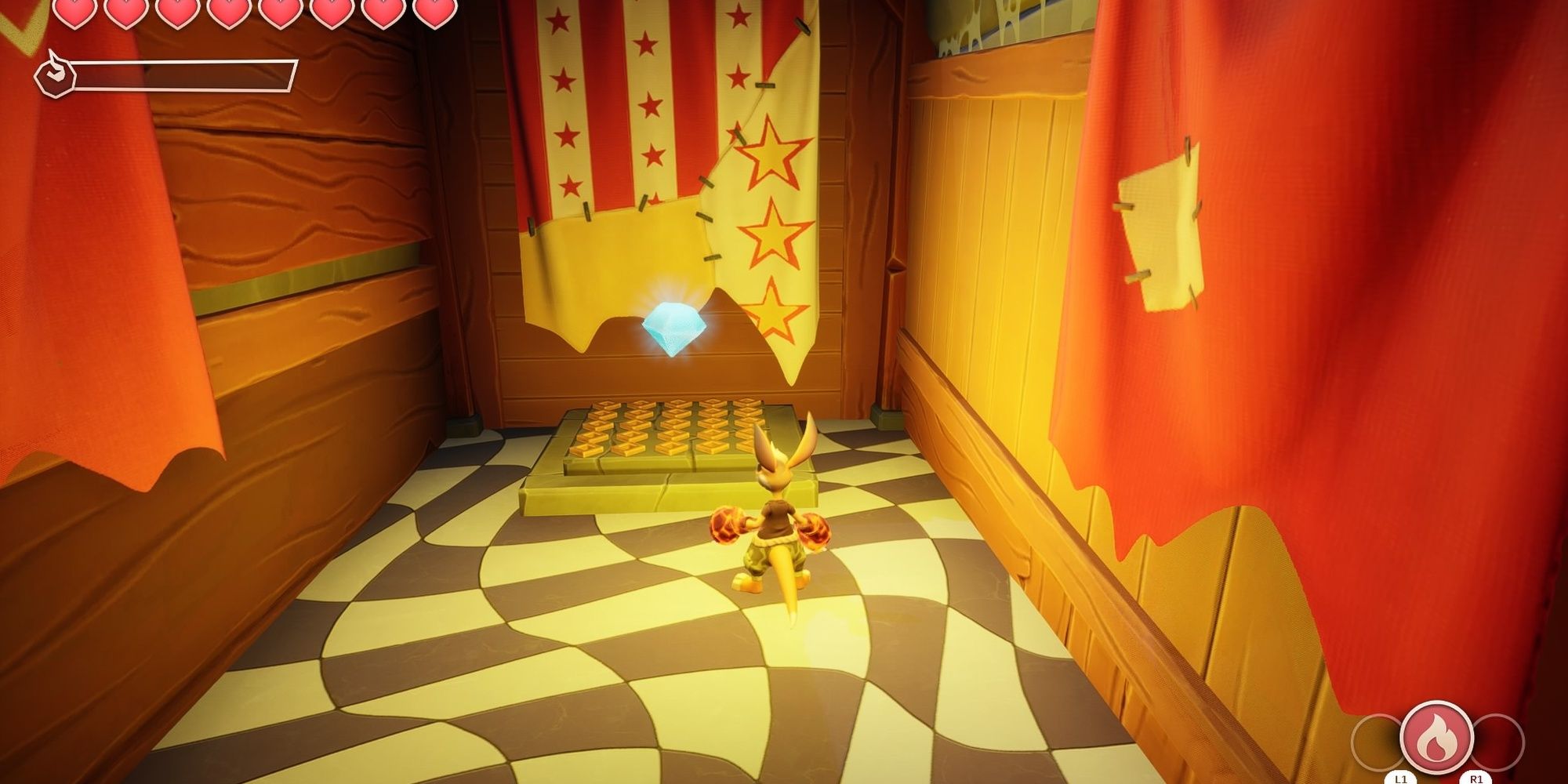 These are quite interesting when it comes to the reward factor. The crystals are nothing more than an extra collectible, and getting them will only amount to making you one step closer to 100 percent. However, they don't have an in-game reward or a trophy.

Still, they can be your personal achievement of getting everything the game has to offer, just like the games of old. There can be quite a few of them on a singular level, and most are better hidden compared to the runes, so it'll offer you a fun adventure. And, to get all of them, you might need to find something else… 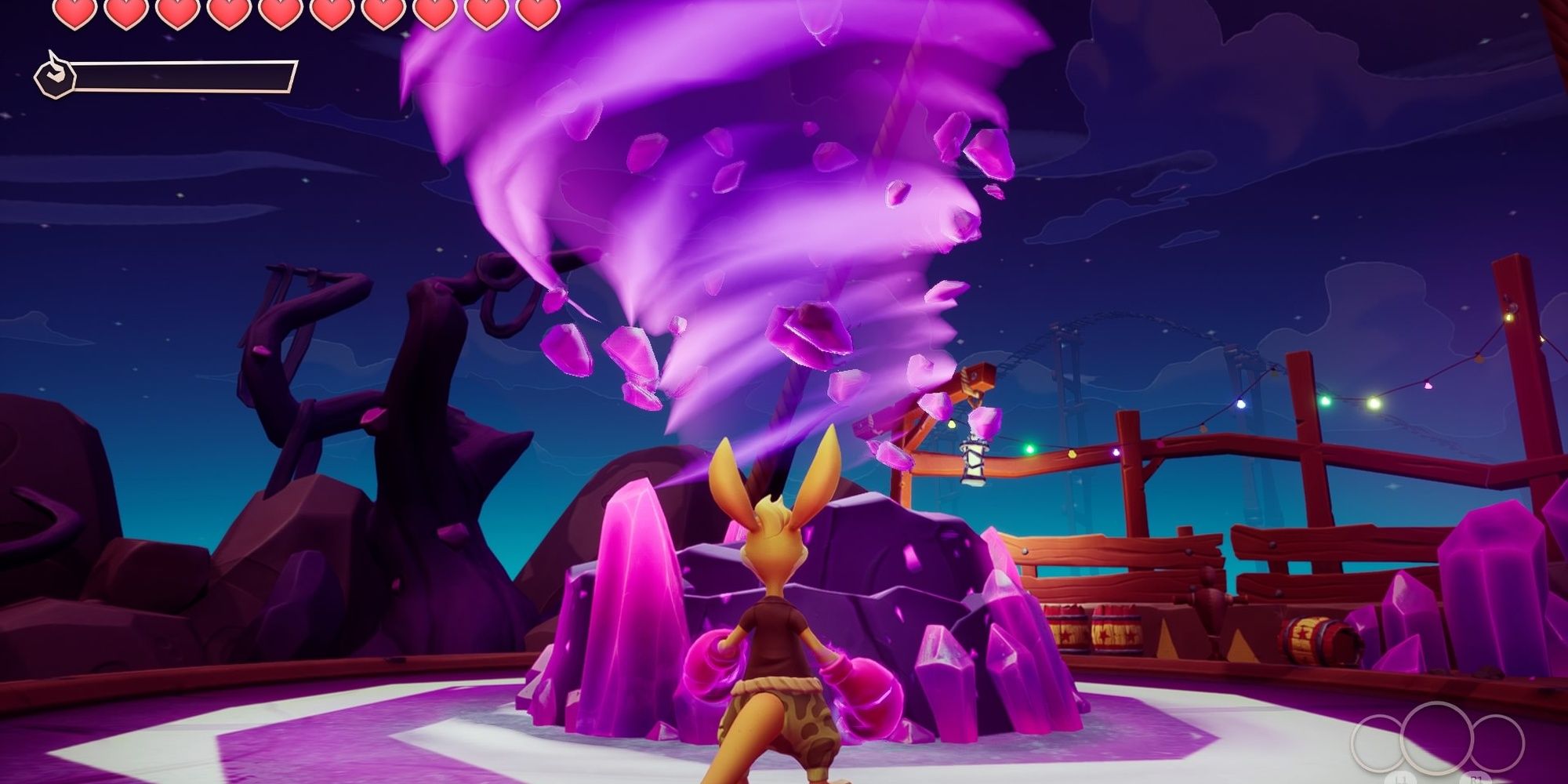 Well, well, well, what do we have here? Unfunny jokes aside, you can find hidden paths in the game that leads you to the amazing Eternal Wells. These guys teleport you to a different area, where you can face more complicated platforming sections or even battle arenas.

They offer a fun increase in challenge, but without exaggerating. They also give you a trophy for finding and completing all of them, and they all have the aforementioned crystals, so going after them will solve two types of collectibles at once.

3 Finding All The Scrolls 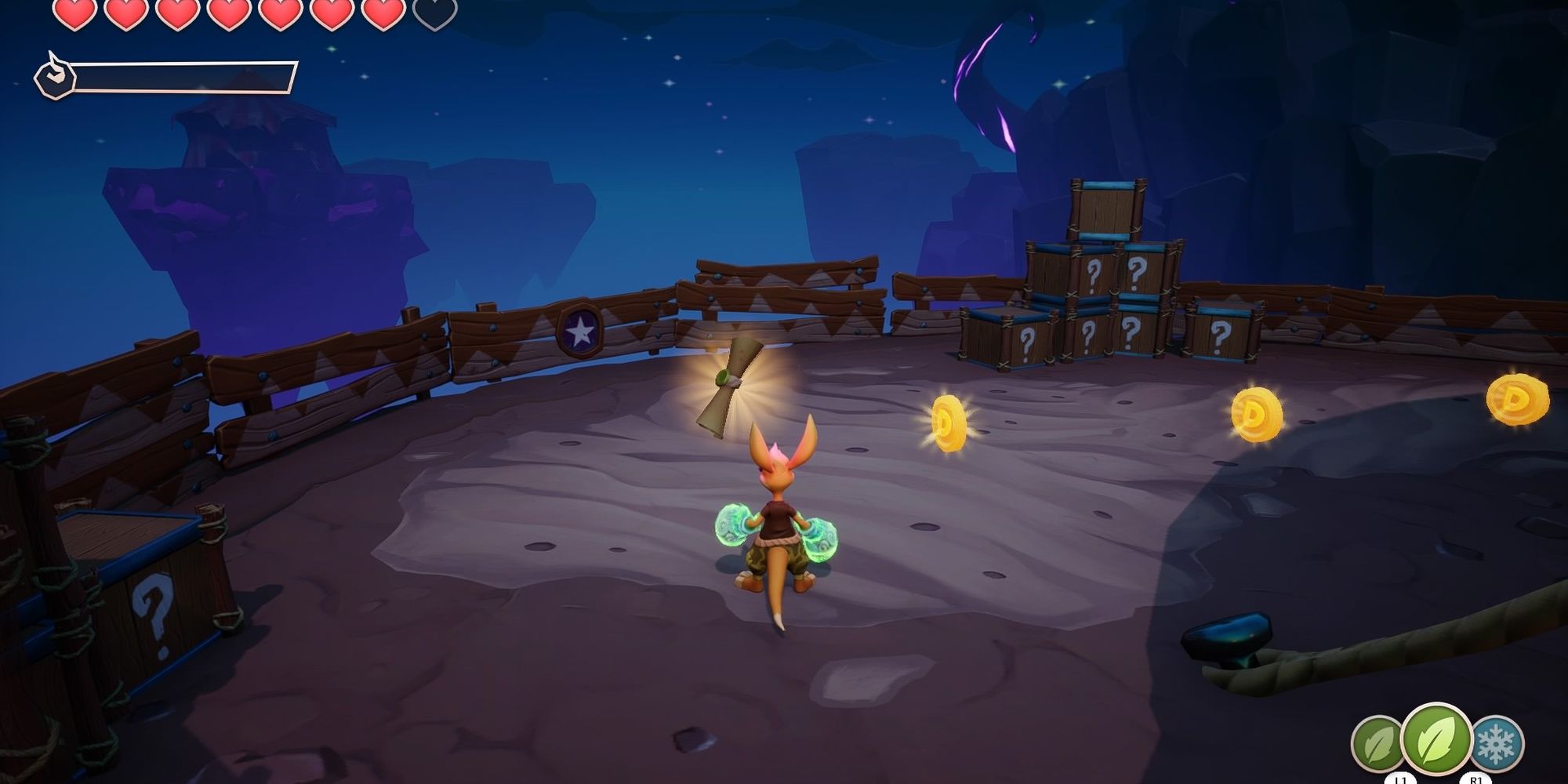 One of the most interesting collectibles in this game is the scrolls. They're usually found when fighting a new type of enemy for the first time, but they can also be found scattered throughout the game.

What makes them particularly interesting isn't how they're obtained, but what they give you. Each of them opens a new entry in the Kaopedia, which works as the game's database. Basically, they give you information about key characters. And you don't need all of them if you're going for trophies. Just the ones about your enemies will do fine.

2 Finding All The KAO Letters 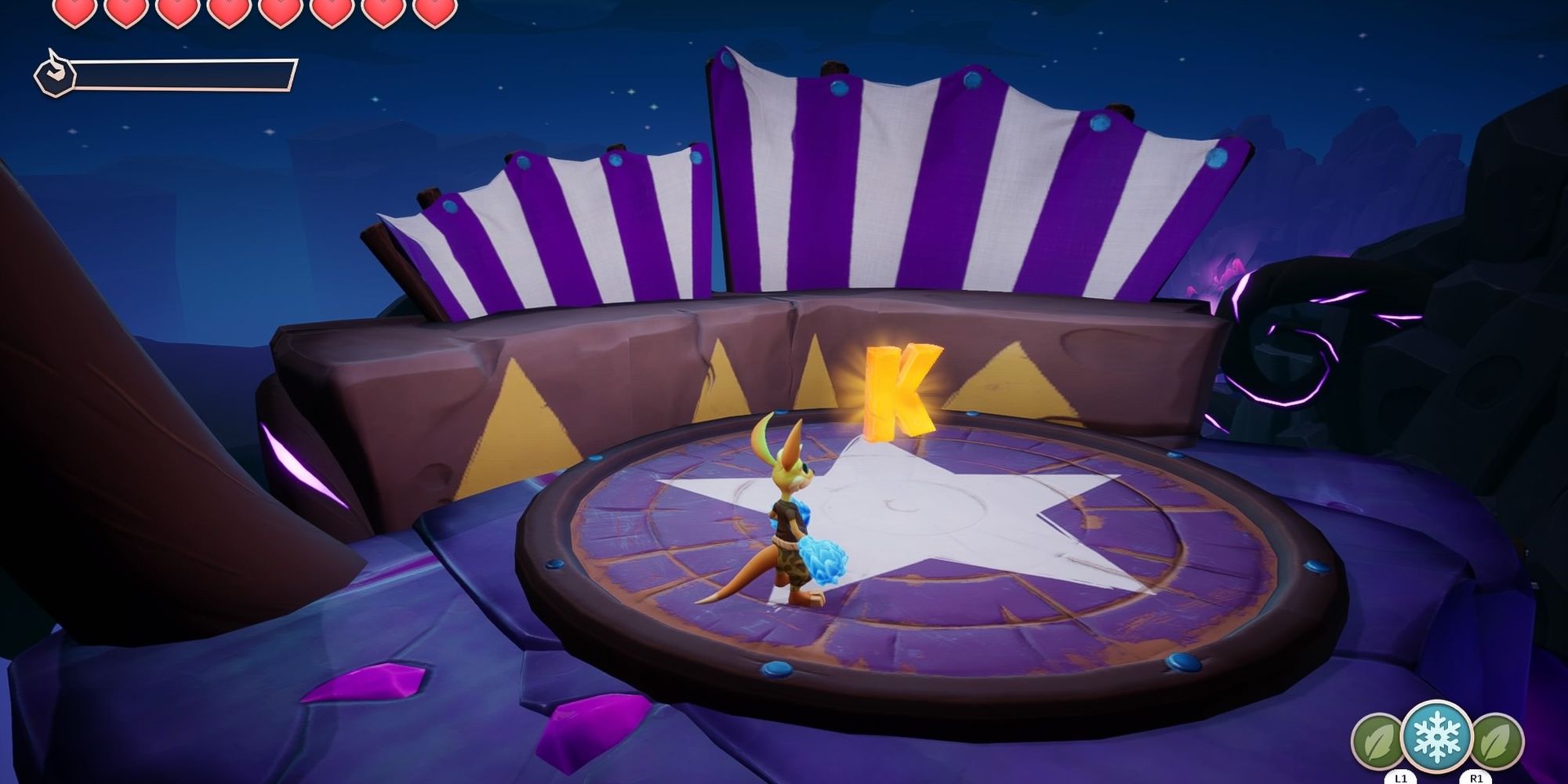 In good Donkey Kong fashion, every level features three letters: K, A, and O. Finding all of them will spell our protagonist's lovely name, as you can see. These guys are more well hidden compared to some of the other collectibles, and they're often in an alternate path as well.

It's highly recommended that you find out each path is the correct one, so you can proceed into the "wrong" path since they'll likely have one of the letters, or something else worth finding. They will also help you with the final "collectible" the game has to offer…

1 Get All The Skins! 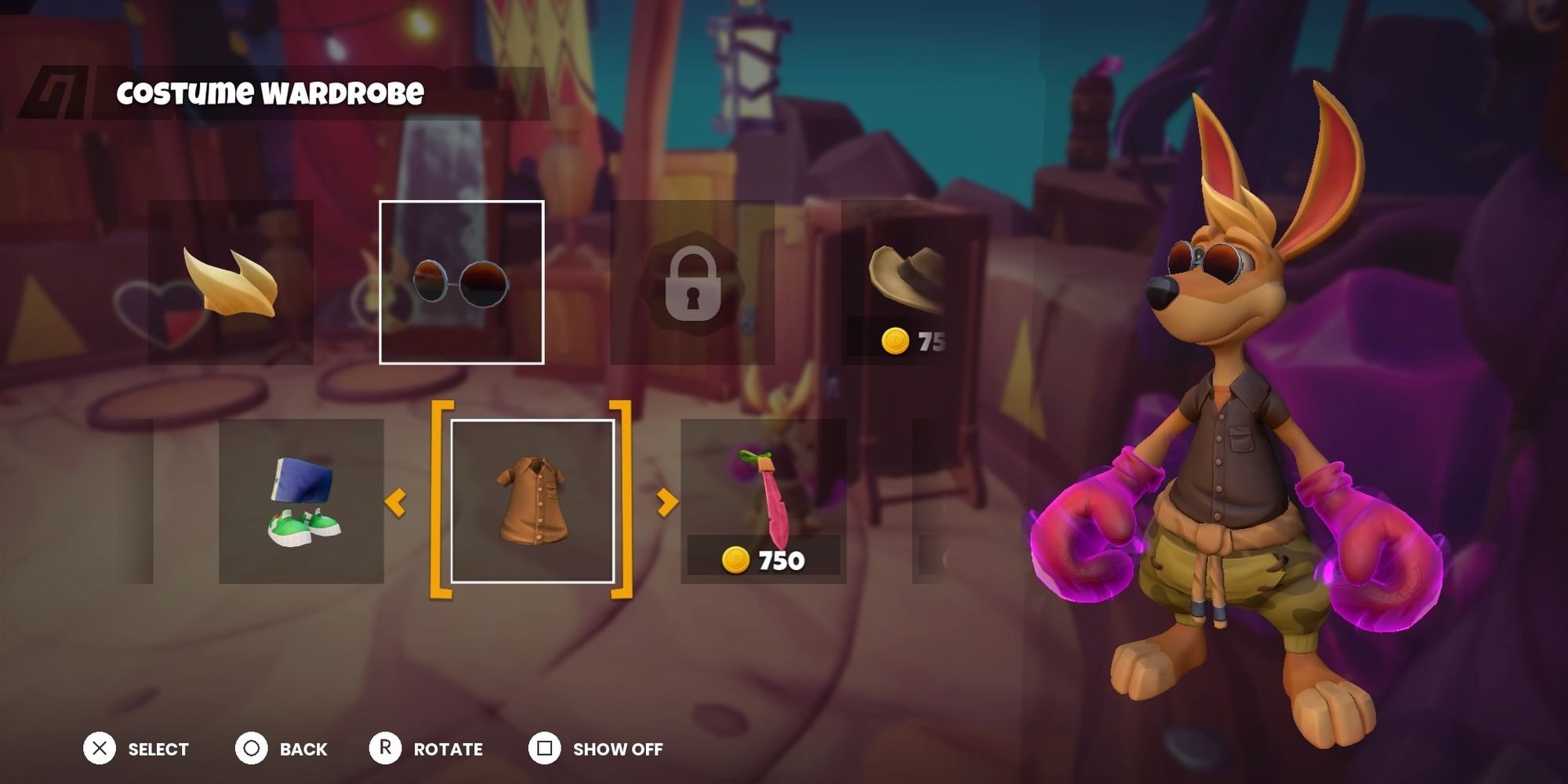 This one would be more of a personal objective as well since few skins will get you trophies, but customizing your character is always a fun thing to do. Skins are mainly bought with the coins found throughout the adventure, so you just need to save money to get most of them.

However, there are a few skins that require you to get all KAO letters from a specific area, so the previous collectible will be necessary in case you want to obtain all the possible looks the game has to offer you. It even has skins based on previous games, which is nostalgic.