We are well into May, and that means it's time for Xbox to update Game Pass with a bunch of new titles. This month we've got 10 new games to peruse, including five day-one releases.

Starting today, Xbox Game Pass adds Her Story, Jurassic World Evolution 2, Little Witch in the Woods, Skate, and Umurangi Generation Special Edition. The biggest of the bunch is easily Jurassic World Evolution 2, the game we gave a full five out of five stars as the sequel dinosaur fans had been waiting for. Full of new mechanics, dinosaurs, and not nearly enough Jeff Goldblum, it never gets old trying to keep life contained only for it to eventually "find a way" to burn your park to the ground.

Skate is another game worth mentioning is Skate, the 2007 original that rails into the cloud via EA Play. Skate 4 is currently in development, so now's the best time to see where it all began. 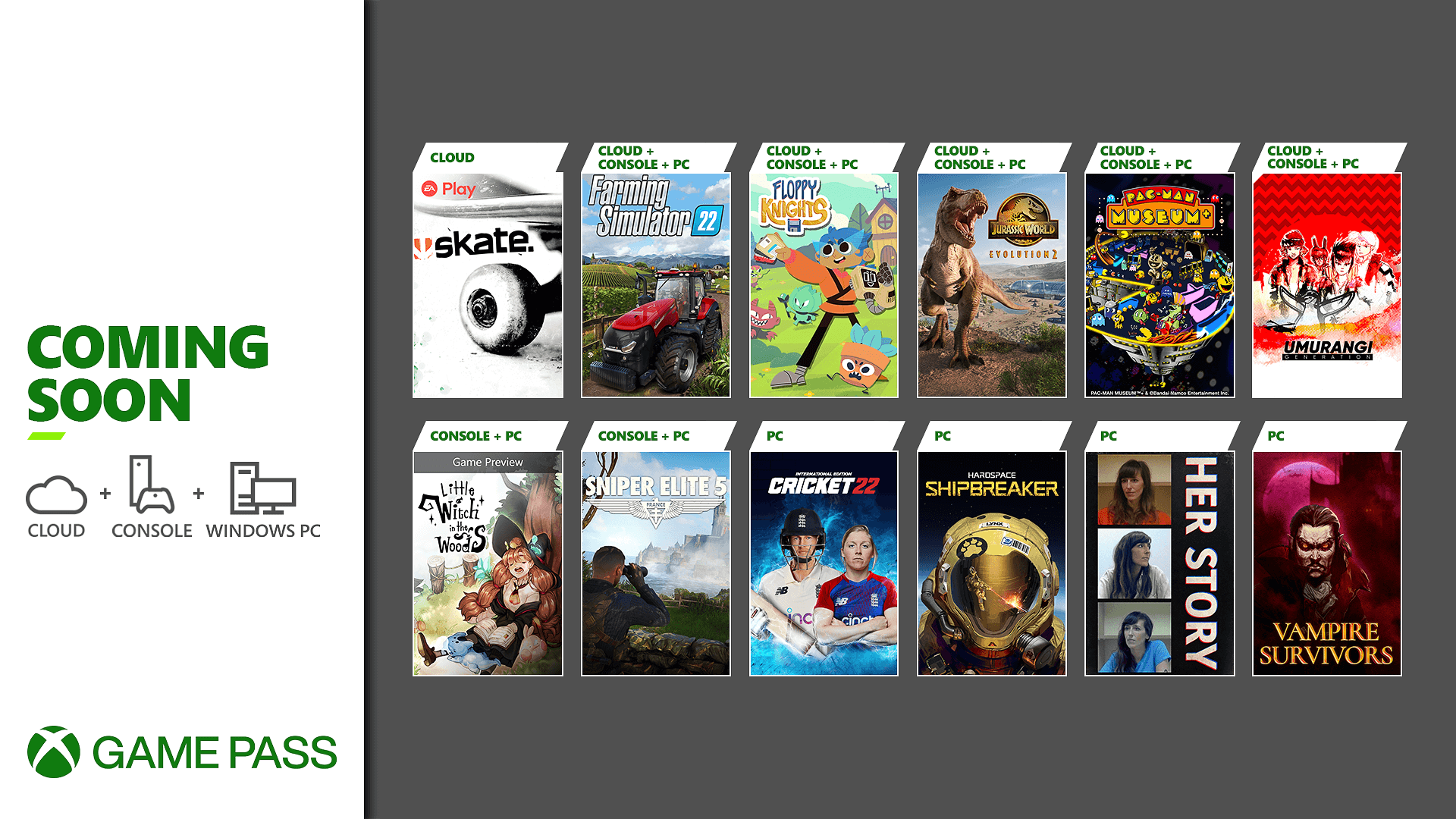 May 24 brings two day-one Game Pass releases in Floppy Knights and Hardspace: Shipbreaker. Floppy Knights is a card-based tactics game that tells the story of Phoebe and Carlton, a young inventor and her robot-arm artificial intelligence. Remake your deck and lead the Floppy Knights through turn-based battles over monsters, hooligans, and evil plants.

Hardspace: Shipbreaker, meanwhile, has been in early access development on PC for quite a while, but is finally getting its full release. This means Shipbreaker finally has a full and complete story to go along with a refined economy and upgrades that have been years in the making.

May 26 brings Sniper Elite 5 as another day-one Game Pass release, while Cricket 22 and Pac-Man Museum both arrive on May 27. Pac-Man Museum+ features 14 Pac-Man games, but not Ms. Pac-Man due to licensing issues.

Here’s the full May release schedule with each platform: