You are here:
Home / It’s Time For Capcom To Bring Back Cult Cel-Shaded Racer Auto Modellista

In the early 2000s, Capcom set its developers a challenge: develop three new games with a focus on online multiplayer—a relatively new concept on consoles at the time—and make one of them good enough to sell a million copies. Resident Evil Outbreak and Monster Hunter both resulted from this initiative, and sold over a million copies each. But the third game did not fare as well. Auto Modellista was a street racing game with a unique cel-shaded aesthetic that, despite its eye-catching art design, spectacularly failed to make an impact. I bought it, but not many people did, which ultimately sealed its fate as a curio rather than a smash hit. But that was then and this is now. It's time to bring Auto Modellista back.

I'm gonna come right out and say it: Auto Modellista is not a good driving game. It was by no means terrible, but compared to its contemporaries (Gran Turismo 3, Burnout, Midnight Club) and even previous gen racing games (Ridge Racer Type 4, Colin McRae Rally 2.0, Need For Speed 3: Hot Pursuit), the cars just aren't fun to drive. The handling model is stiff, lifeless, and clunky, which does a disservice to the impressive garage of real licensed cars it has to offer. Not even the retooled driving model in the 'US Tuned' release—which would make the cars accelerate more slowly and lose extra speed at turns—could save it. 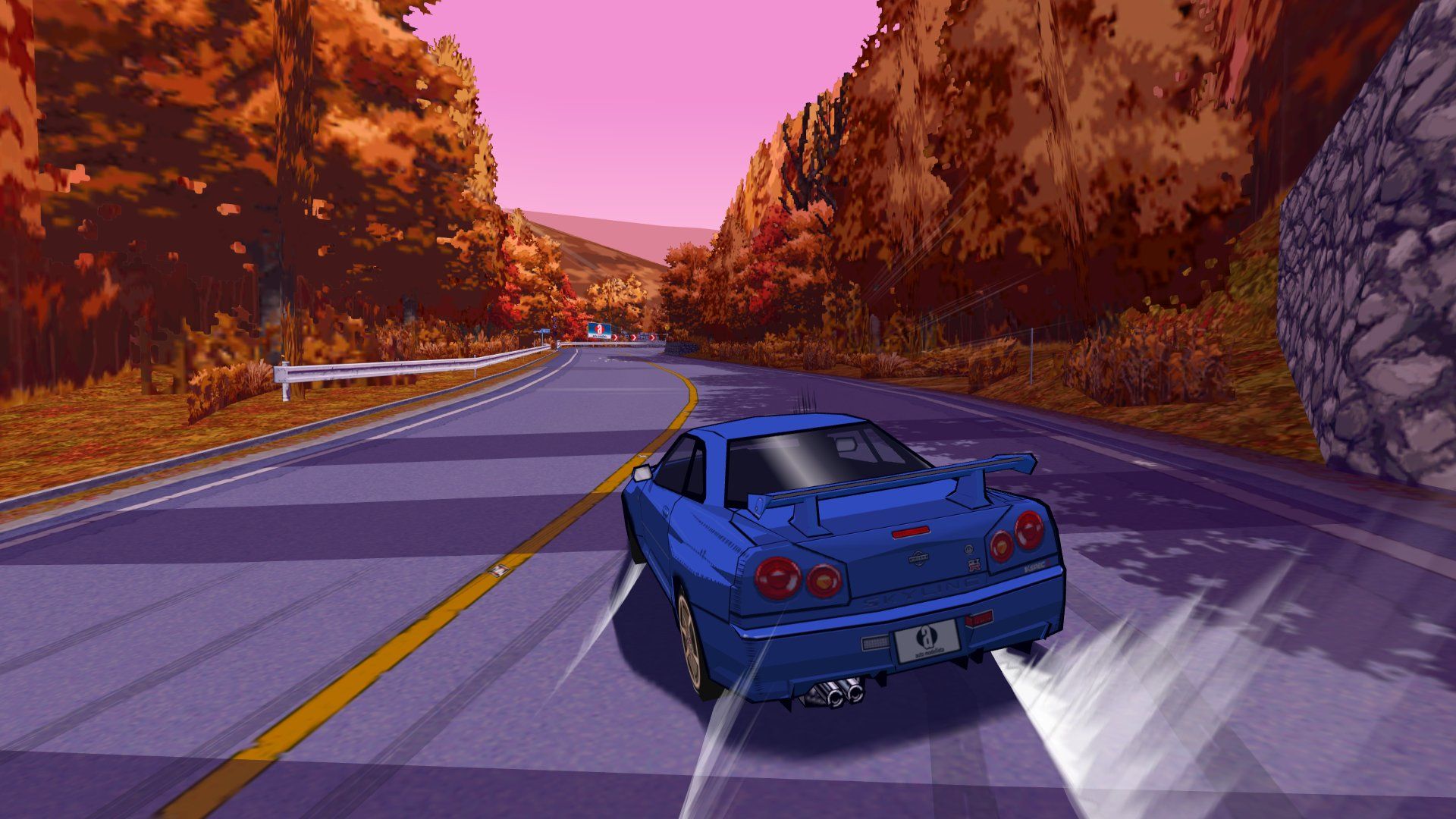 That's a lot of negativity for a game I'm A) claiming to love and B) want Capcom to bring back. But I thought I'd shove that elephant out of the room first and spend the rest of the article talking about what's great about Auto Modellista. First up, and most obviously, is the art. It rendered its cars—Mitsubishi Lancers, Nissan Skylines, Subaru Imprezas, Mazda RX-7s—in a bold, vibrant anime style that is still, to this day, absolutely stunning to look at. It's one of the most visually exciting driving games ever made, with stylised smoke trails exploding from your wheels and comic book speed lines giving a vivid sense of speed and momentum.

Auto Modellista has the spirit of an arcade racer, with echoes of Out Run and Ridge Racer, but the depth of a racing sim too. You can dive deep into the mechanics of your cars, tweaking their internals to alter their performance on the track. But, more importantly, you can significantly alter how they look as well. There was something hugely satisfying about taking those already beautiful looking cel-shaded cars and making them your own with custom paint jobs, spoilers, stickers, and wheels. The game's balance of simulation and arcade immediacy is one of its greatest strengths, but sadly it’s overshadowed by that crappy handling. 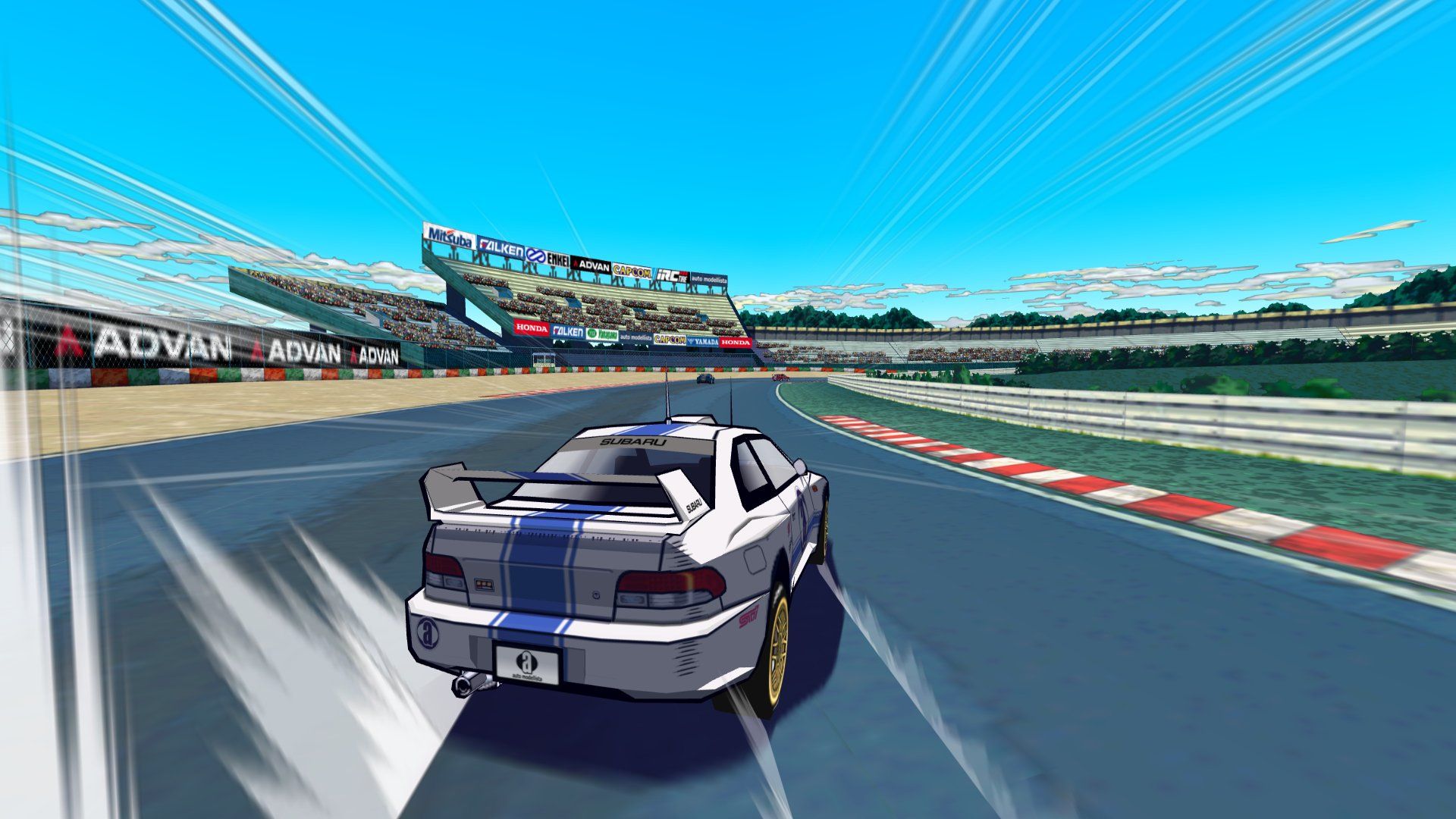 There's a killer jazz fusion soundtrack too, composed by Capcom veterans Tetsuya Shibata and Isao Abe, which perfectly complements the high energy racing. It's all screaming guitars, funky slap bass, and ridiculous organ solos. Driving game soundtracks don't get much better. Auto Modellista might not have it where it counts for a racer—that is, the actual racing—but it boldly makes up for it through sheer style and gusto. Playing it back in the day, I knew deep down it was a so-so driving game. But it was so cool, I didn't give a damn. I was too busy gleefully slinging my Honda Civic Type R around Osaka Highway.

Auto Modellista deserves another shot at the podium—but this time with more time spent on making the core driving experience as good as everything else. There's space in the market for an arcade/sim fusion racer, and that art style would look sensational at modern resolutions with a high frame rate. If you want proof, emulate the GameCube version of the original game and upscale it to 4K. You'll be amazed by how good it looks. Alas, I doubt Capcom would want to bring back a game it wrote off as a massive, costly failure 20 years ago—but it should. Even a basic remaster would do well, purely on the strength of its aesthetic.