You are here:
Home / It’s Time For A Star Wars Open-World RPG Set On Coruscant

One of Star Wars' greatest strengths is that it contains multitudes. A Star Wars story can be a Western set in an abandoned town on a desert planet, where the sheriff needs a mysterious stranger's help to protect the people from a giant worm. But Star Wars can also tell a prison break story set in a futuristic space Alcatraz with electrified floors. The universe is big, which means that everybody has a different idea of what Star Wars should be, and they're all (for the most part) kind of right.

But, what Star Wars hasn't gotten to be often enough is cyberpunk. That’s a shame, because it has the perfect setting for sci-fi noir stories. Introduced on the big screen in Star Wars: Episode 1 – The Phantom Menace, Coruscant is a planet whose entire surface area is covered by one gigantic, sprawling metropolis. It's the city that's a planet, the planet that's a city. Whereas Cyberpunk 2077's Night City is surrounded by wasteland, there is no outside of Coruscant. To escape the crowds, you need to leave the atmosphere.

That's extremely cool, and for a few generations of kids, Coruscant has functioned as Baby’s First Cyberpunk; it certainly was that for me back in 1999. But, the setting became especially compelling in 2002's Attack of the Clones, when George Lucas showed off more of the planet's criminal underbelly, as Obi-Wan and Anakin chased after Padme's would-be assassin, Zam Wesell, through a city of skyscrapers, neon, sleazy bars, and flying cars. Despite playing a fair amount of Star Wars games, I’ve rarely seen it recreated in video games. Playing through the prequels in Lego Star Wars: The Skywalker Saga, Coruscant pops as an open setting. It would rule as the setting for a full-on open-world. 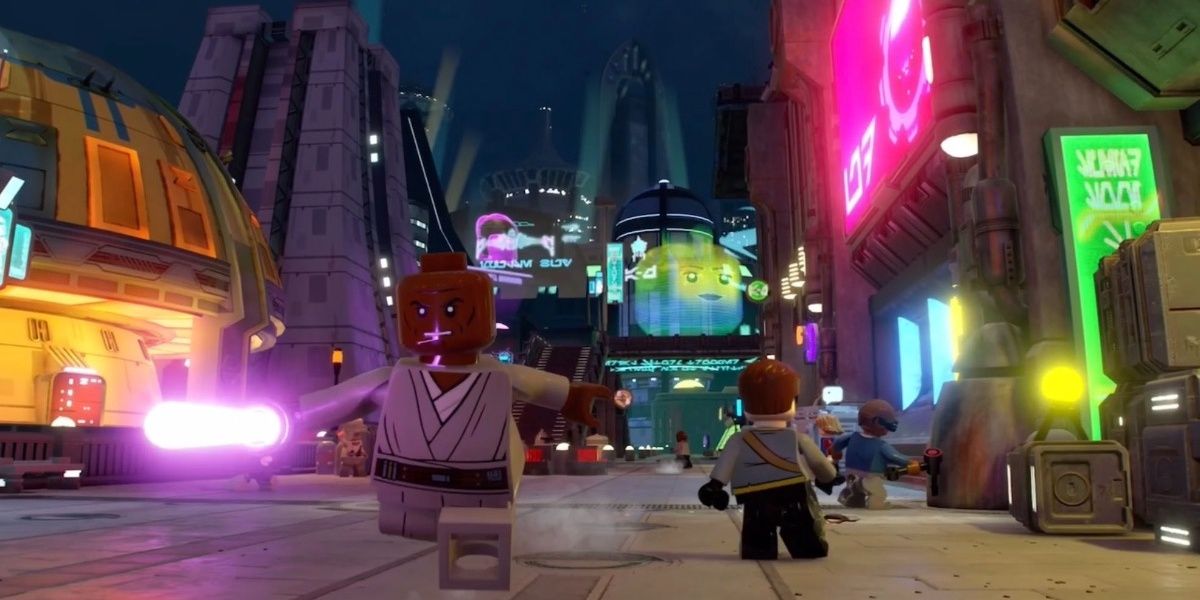 Now that Disney is reportedly aiming to release a new Star Wars game every six months, there's little I would love more than an open-world RPG set on Coruscant. I’ve worried in the past that triple-A developers and publishers might shy away from the cyberpunk genre in the wake of 2077’s rocky launch. But, CD Projekt Red’s RPG has enjoyed a redemption arc — we can debate how well-deserved — thanks to patches taking it to a stable place and the Studio Trigger anime, Cyberpunk: Edgerunners. And, the calculus changes slightly if Disney is the force behind this kind of project, and if they’re committed to releasing multiple Star Wars games per year. That kind of money and that kind of throw-a-bunch-of-stuff-at-the-wall-and-see-what-sticks approach means that we’ll almost certainly get games set in areas of the Star Wars universe that have, until now, been under explored.

And man, it would rule if Coruscant is one of them. I’m on the record as wanting more Star Wars stories that don’t feel like Star Wars. That is, I want Star Wars stories that don’t feel the need to incorporate Darth Vader, or Luke Skywalker, or the Jedi. A game set on Coruscant could include the Jedi — after all, that’s where their temple is located during the prequel trilogy — but it would be cool if their role was to be one faction among many. It would rule if the Force was just one ability you could spec into. Give me a game where I can visit the Jedi temple in the morning, the Galactic Senate in the afternoon, and the scuzzy apartment of Elan Sleazebaggano, death stick salesman extraordinaire, in the evening.

Obviously, creating a game the size of a planet is a big task. But, even a Coruscant RPG that borrowed the approach of Vampire: The Masquerade Bloodlines would be cool as hell. In that game, L.A. is broken up into four regions: Santa Monica, Downtown L.A., Hollywood, and Chinatown. Each feels distinct and has its own quests and cast of characters. Though Coruscant would be best as an open-world, I would settle for one city block.