You are here:
Home / It’s Only A Matter Of Time Before Catalyst Is Running The ALGS

The Apex Legends competitive meta is a fickle beast. Valkyrie has reigned supreme since her release, but do you remember Gibraltar’s fall from grace? The once imperious wall of a man used to be in every esports team bar none, and now he’s lucky to even make an appearance in the ALGS. It could happen to anyone.

Wattson has seen a resurgence, and Newcastle has also found a niche place alongside her. Fuse and Mad Maggie often take their bickering into ALGS lobbies these days, and even Rampart sees some play at the highest level. Predicting who will be next to rise to the top, to rival the Valkyries and Horizons, is a near-impossible task, not only reliant on understanding the meta, but also forecasting future patches to the live service game.

One person who would be great at reading the signs is Catalyst. She’d draw from her tarot deck and stare at a stylised portrait of herself. Or nine swords or something, I don’t claim to be a tarot expert. The reason I’m so confident is that there’s one other way to predict the Apex Legends meta: watch whatever TSM is doing. 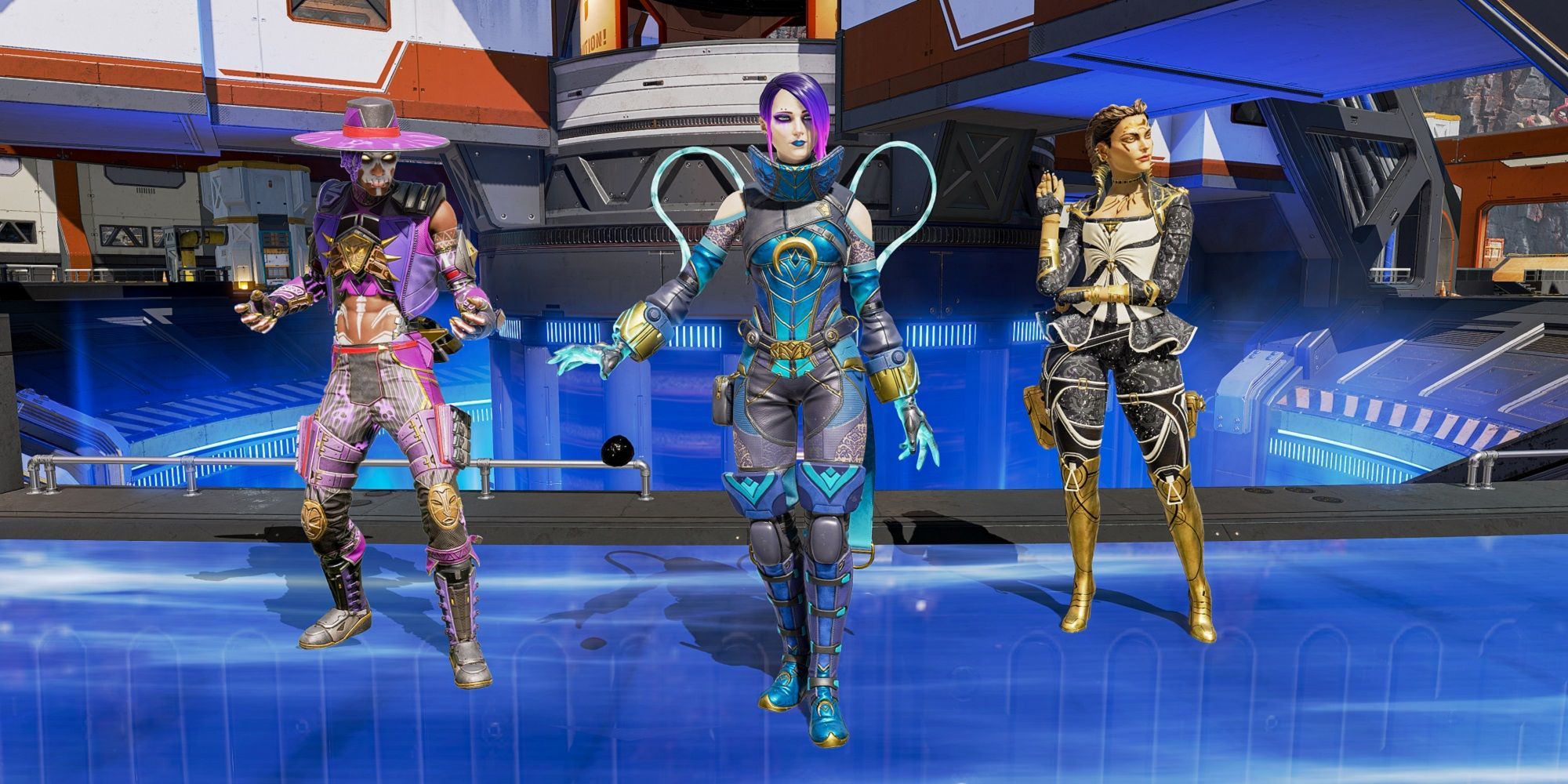 While it’s been proven that teams don’t copy TSM, the veterans of Apex esports are often one step ahead of the meta, at least in the NA region. The addition of coach Raven to their roster for Year 3 has cemented that, and the man who brought Fuse into favour has turned his area denial tactics to a new protege, Ms. Smith.

We chatted with Raven ahead of the ALGS Championship in the summer, when he was coaching EMEA side GMT, before the roster was acquired by Kansas City Pioneers. His advice helped GMT to place fifth at the Championship, the best result of any team in the region. Now, Raven’s TSM are dominating NA after a frustrating period of poor results. And they’re dominating with Catalyst.

Time for a few caveats. Firstly, they were dominating before they started using Catalyst. Secondly, they were not the first team to use her, just the most notable. Thirdly, Catalyst’s abilities still don’t work as intended at the moment. We can analyse the first two points not to take away that TSM is good because of Catalyst, but that they see potential in her. As for the final point, if she’s good now, what will she be like once her Dark Veil starts blocking scans as intended? 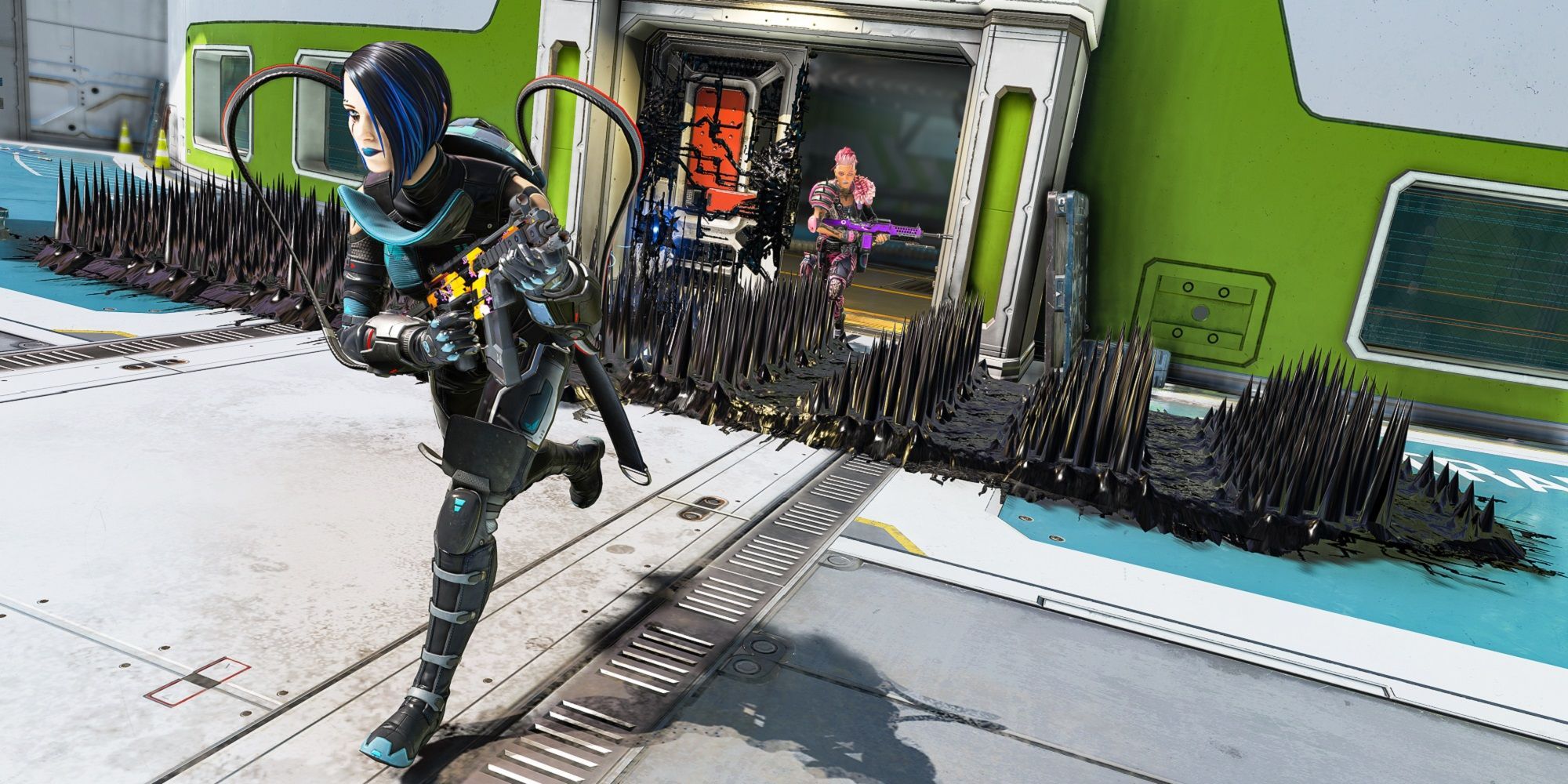 Catalyst’s abilities are all about denial. Denial of space, denial of knowledge, and even denial of abilities. Denying space is simple enough to comprehend; opposing teams have to play around her giant wall Ultimate ability. They can go through it, but they’ll be slowed and have their vision impaired – it’s a death sentence when appearing in front of the Catalyst team waiting on the other side.

However, Catalyst can simultaneously defend the space behind a team. She can barricade the doors of a building like Caustic or Wattson, and her Tactical, Piercing Spikes, can block choke points or discourage teams from approaching from those angles. Even without her Dark Veil blocking scans as it should, these spikes act as a counter to Bloodhound teams, which often run a Bangalore so they can see through her smoke but opponents cannot. Firing spikes into this smoke not only identifies enemies if you hit them – by the damage numbers appearing over their heads – but discourages them from pushing in blindly.

Catalyst has her counters, but if an opponent wants to overexpose themself by Horizon Q-ing above the inky wall, then they’re welcome to do so. Just check out how TSM utilised a Catalyst/Horizon combination in this Series E endgame below, carefully placing the latter’s Ult to pull their opponents through the slowing ink and into zone. The final result was a comfortable win, and proof that Catalyst’s utility exists far beyond the basics that most of us have thought of.

Predicting the Apex meta is an impossible and unenviable task, and coaches like Raven – and others – put in countless hours of work and research to figure out which Legends might be a good fit for their teams, players, and specific tournaments. They sometimes have to go out on a limb or run counter-meta compositions, but mostly teams stick to the tried and tested. Being one step ahead of everyone else can give you a crucial advantage, and as we head towards the first LAN of Year 3, even the smallest advantage could be the difference between winning and losing.

Personally I think we’ll see safe plays come 2023, but if I had to put my money on one Legend shaking things up? I think it would be safe on Catalyst.