You are here:
Home / It’s Been 8 Years And No Horror Game Has Even Come Close To Alien: Isolation

It’s Been 8 Years And No Horror Game Has Even Come Close To Alien: Isolation

Alien: Isolation is the scariest horror game ever made, and it both surprises and baffles me how, since it launched way back in 2014, nothing has come close. Creative Assembly set a new standard for the genre, but it seems it was too high a standard. No developer, no matter how talented, has managed to match it in terms of pure, nerve-shredding terror—and I don't think anyone ever will. Isolation increasingly feels like a true one-off. A singular, special moment in video games that will never truly be replicated. But why does it work so well?

The art direction and sound design are, of course, a big part of it. By obsessively, painstakingly back-engineering the grimy industrial production design of Ridley Scott's 1979 movie, Creative Assembly's artists built a setting—the decrepit space station Sevastopol—that feeds directly into the horror. Every small space, low ceiling, snaking air vent, and labyrinthine network of narrow corridors has been specifically designed to make you feel oppressed, cramped, and claustrophobic. There's no worse space to share with an alien killing machine. 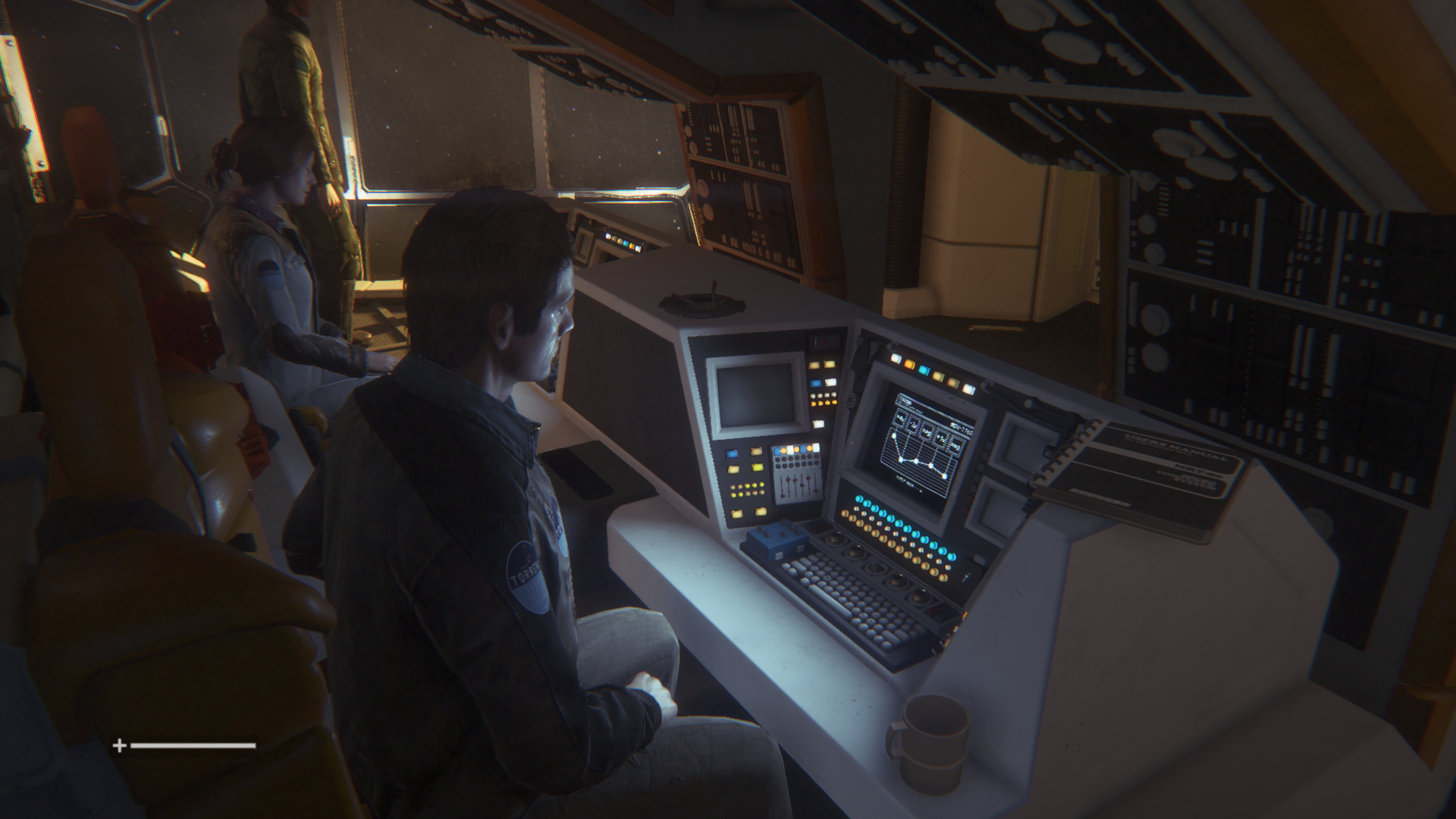 While overseeing the design of the Nostromo bridge set, Scott famously asked the carpenters to drop the ceiling, which instantly gave this important location a feeling of tension and isolation. This artistic choice, made over 40 years ago, informs a lot of the game's environment design. While there are a few large, open areas like the Spaceflight Terminal and the Solomons Galleria, most of the station's concealed backroom architecture is tight, warren-like, and confined—to the point where you feel like you could bump your head if you stood fully upright.

Like the movie, Sevastopol is alive with sound too. In every corner of the station you hear computers chirping, boilers hissing, reel-to-reel tapes whirring, and other ambient sounds that combine to create a disorientating, quietly overwhelming sonic landscape. There's no silence to help you listen out for the distant footsteps of the xenomorph or a malfunctioning android. Occasionally an alarm will sound or jets of steam will spew violently from overhead pipes, adding to the confusion. Everything in Isolation, even the station itself, conspires against you. 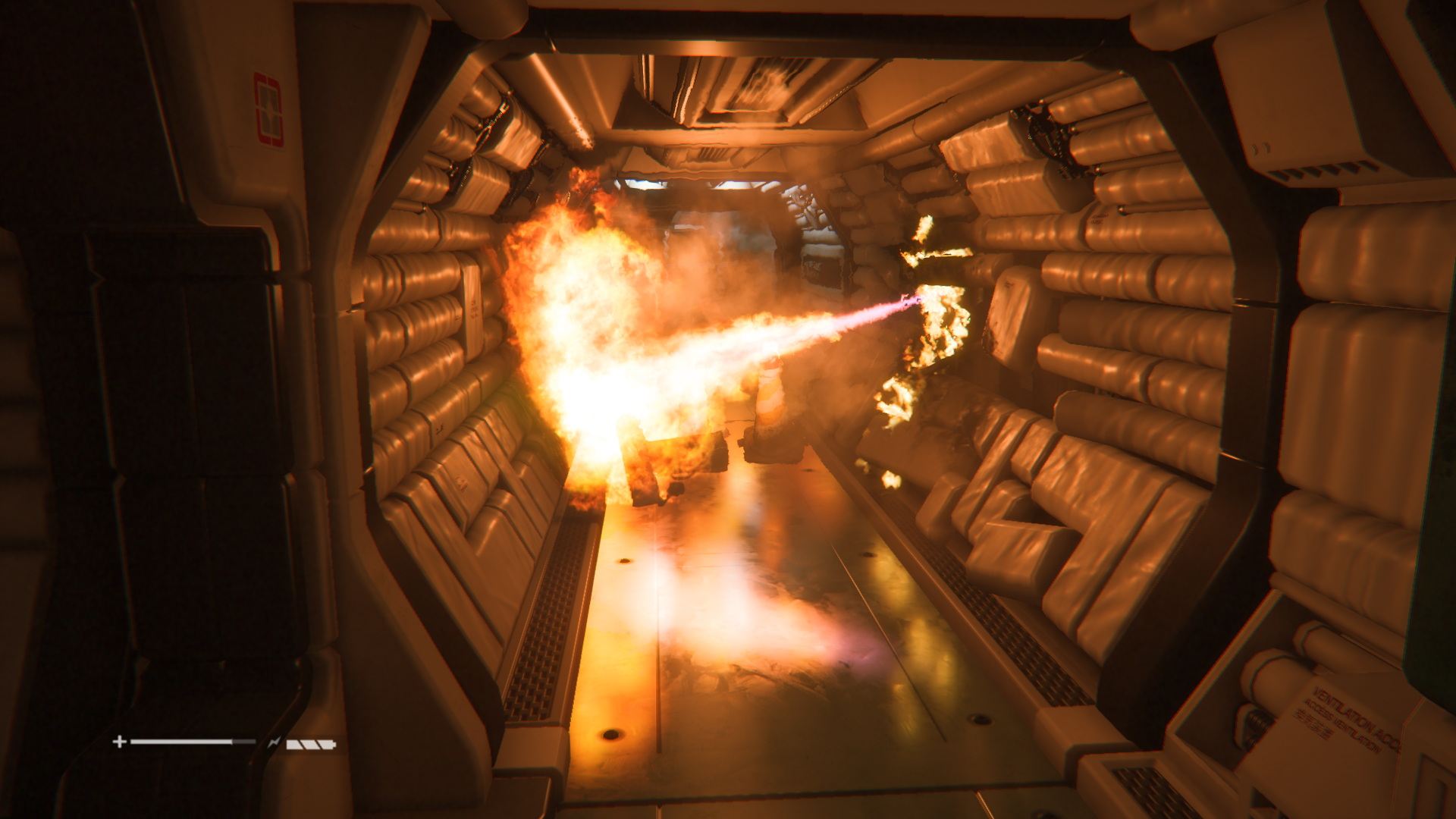 Then there's the fact that traditional weapons—usually a source of comfort in horror games—are essentially useless. A revolver or shotgun might feel reassuring to hold in front of you as you creep through a dark corridor, but bullets won't even scratch the alien. You can scare it away with a flamethrower, but it won't be gone for long. Firearms will do some damage to Working Joes and are effective against human enemies, but they make such a racket, alerting the alien to your presence, that using them is generally ill-advised. Guns will not save you.

The Working Joes, incidentally, are amazingly scary too. At first you suspect they're merely a weaker secondary enemy, there to fill in the gaps between alien encounters, but that's not the case. That role belongs to the humans, who pose no significant threat. These rubbery androids, meanwhile, with their piercing eyes, calm mechanical voices, and superhuman strength are not to be trifled with. They never run, walking patiently towards you with a cold, inhuman determination, which is subtly one of the most terrifying things about them. 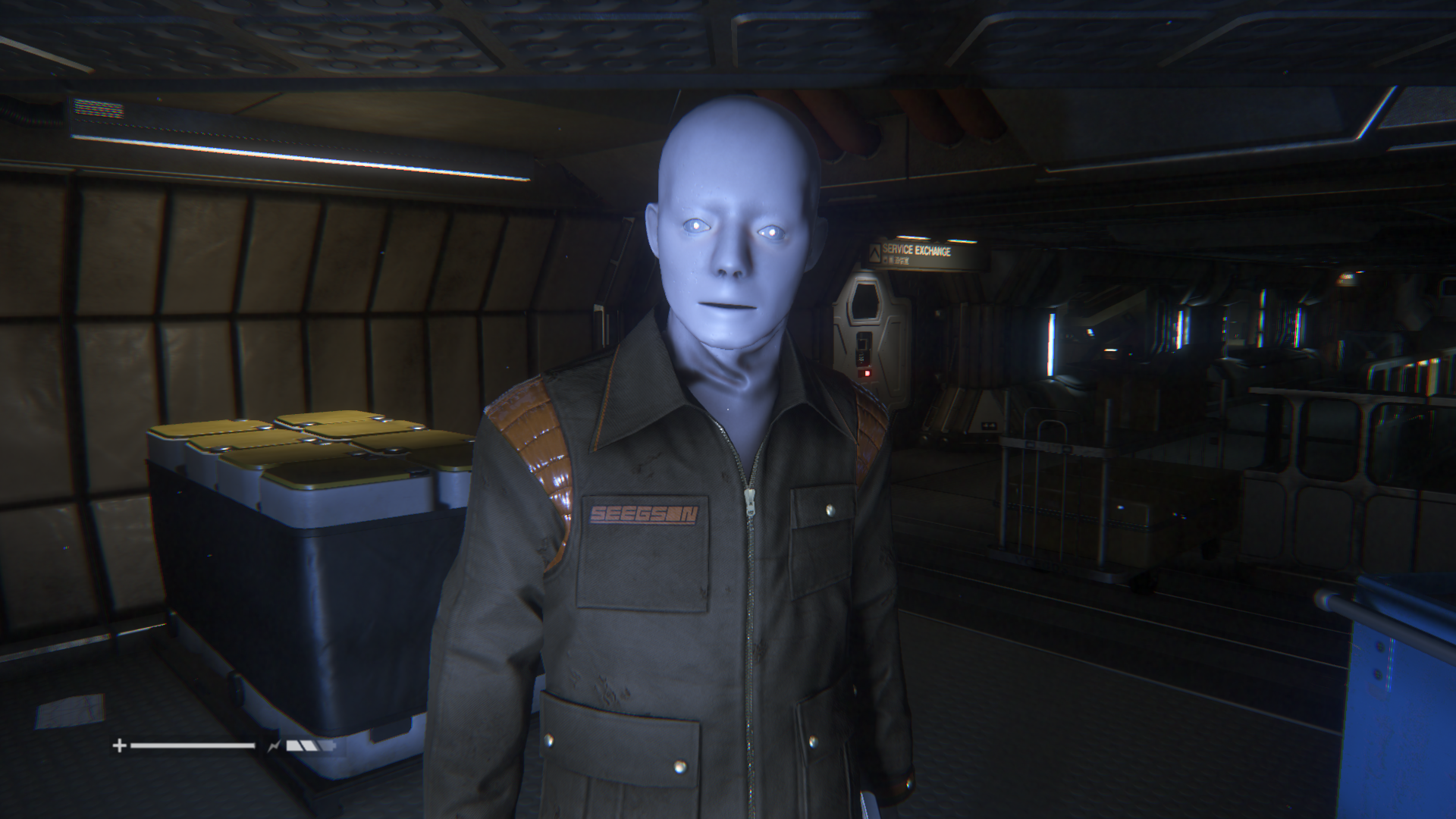 But all of this would be nothing without the alien itself, the real star of the game. Alien: Isolation is the only horror game I've played where the malevolent force sent to kill you seems like it's thinking. A lot of clever stuff goes on behind the scenes, including an AI 'director' that measures how pressured the player is and responds accordingly. But none of that matters, because in the heat of the moment you don't feel like you're trying to outsmart a machine, but an intelligent, reactive, and horrifyingly driven creature with a devilish mind of its own.

This is the main thing that sets Alien: Isolation apart from other horror games. Monsters are rarely interesting in this genre. They'll usually follow a prescribed route through the world, springing to life if you make a sound or cross their line of sight. But Creative Assembly's xenomorph is not so predictable, even going so far as to learn from your habits and change its behaviour in response. It's an animal—a predator—not a code-brained automaton. This, and all of the above, is what makes Isolation, still, the undisputed master of its genre.