You are here:
Home / Is It Bad That I’m Really Excited For Dead Island 2?

Is It Bad That I’m Really Excited For Dead Island 2?

I am probably one of six people who were really bummed about the Dead Island 2 delay. It was going to be my first big game of the new year, shambling up to my PS5 with bloodied limbs and a tenacious undead growl as I prepared to crane it round the head with a baseball bat. Now I have to wait a few extra months, but hopefully the patience is worth it.

Developed by Dambuster Studios, who you might know from the stellar Homefront: The Revolution, Dead Island 2 has been in development hell for the better part of a console generation. Unveiled at E3 2014, it received sporadic updates for almost a decade until it was re-revealed earlier this year at Gamescom Opening Night Live. It’s a whole new game now, having only a passing resemblance to its original form. Even with all of this tumultuous history, the end product still looks pretty good. Better yet, it might be a lot of fun.

Ever since the Saints Row reboot crashed and burned, my hunt for a no-holds-barred open world that isn’t harbouring an overly serious narrative pinning it down continues. Far Cry 6 was decent fun despite its total lack of politics, but its repetitive gameplay and rather boring mission design meant I had no desire to explore it beyond the main campaign, while Horizon Forbidden West wasn’t the evolution me nor many others were hoping for. The ground hasn’t been thin when it comes to such games, but there still isn’t one I really want to play.

While it does smell of potential mediocrity, there’s a nostalgic appeal to Dead Island 2 that has me curiously excited for everything it aims to accomplish. You play as some dude who is the key to curing an infection that has ravaged the planet, so you must shoot, slam, and slice through endless hordes of undead with a gore system that appears suitably over the top. So long as there’s enough variety to the violence and tongue-in-cheek narrative, it might be the game I wanted Dying Light 2 to be. You know, one without god awful writing and a tone so dour it made literal war dramas seem lighthearted. Time will tell, but my hopes are high.

It doesn’t even take place on an island anymore, with the entire game hurling us into an exaggerated version of Los Angeles that has long fallen victim to the undead. Dialogue and characters we’ve seen so far are ridiculous and hokey, saturated environments awash with sunshine, blood, and the wreckage of vehicles left behind in the wake of devastation. Dead Island was a mess because it tried to be serious in its storytelling even with terrible writing and stereotypical characters, obsessed with being overly bleak and not basking in the clear ridiculousness of its concept. 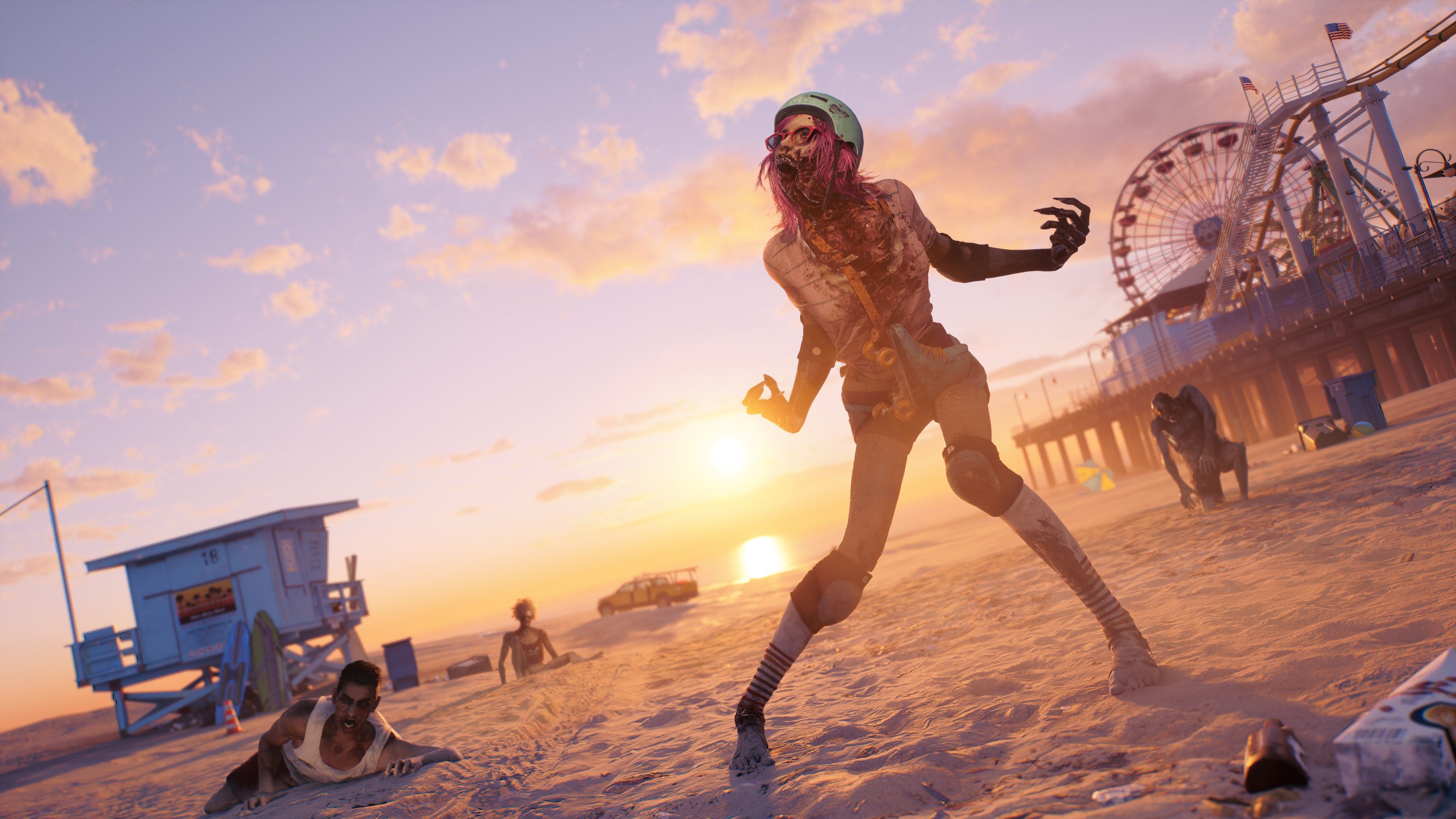 It was more Zombieland than 28 Days Later, but never knew what to settle for. The sequel is far more on the money, and so long as it sticks to its guns I can see it shining. Nobody thinks or even expects it to break new ground, and after eight long years anything decent will do it for fans who have kept their pre-orders all this time. Developer insight thus far talks about a big focus on weight melee combat and a variety of different enemy types, alongside a focus on weapon and player customisation that will allow us to make the open world our own.

This approach once again depends on variety to be a success, alongside quest design that won’t have us doing the same tired tasks over and over again. These are easy pitfalls that many games of this ilk fall into, and given the talent behind it, Dead Island 2 may follow in their footsteps. But even if it does, I’ve been waiting for a gory open world epic where I can turn my brain off and have a good time. Here’s hoping the wait will have finally been worth it.