Have you ever wondered what might happen if Superman turned rogue, if he was pushed so far to the edge that his whole sense of justice gets twisted and unrecognizable? That question was answered in Injustice: Gods Among Us, when the Joker murdered Lois Lane and broke the Man of Steel.

Two factions formed with heroes and villains, siding with either Superman’s Regime or Batman’s Insurgence. The sequel, Injustice 2, picked up with Batman nearing victory against Superman. However, a new supervillain group has formed, as well as another significant villain lurking in the shadows. There’s a lot to unpack in this DC fighting game, so let’s take a look at some important tips to know for beginners to succeed in Injustice 2. 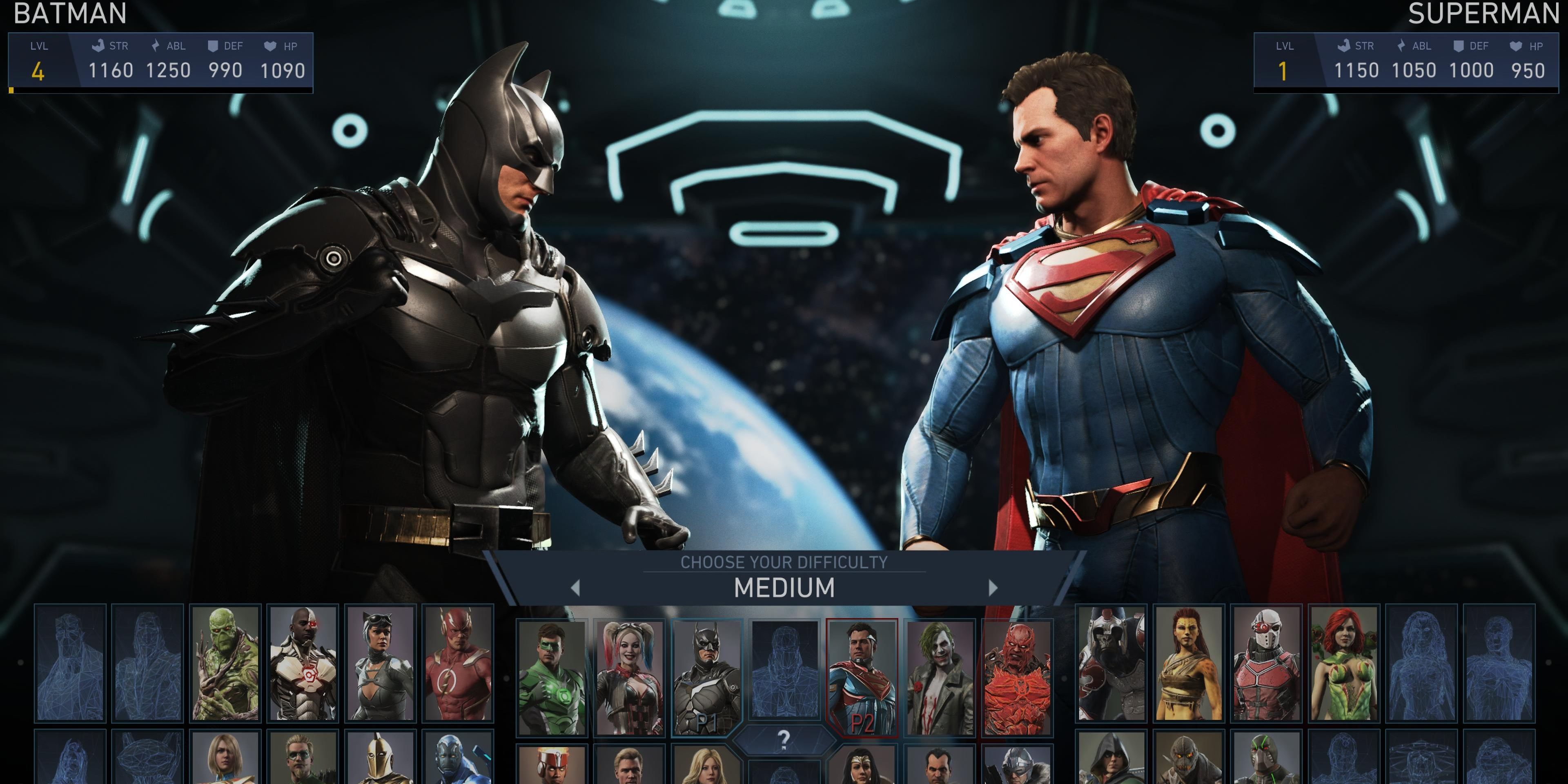 Testing out various characters to find your preferred fighting style is key to succeeding in Injustice 2. Unless you’re playing the campaign, you’ll want to know a good amount of different characters to match up well with your opponent. On top of different fighting styles, each character has a different Character Power. These powers can either provide new attacks or enhance existing moves in a battle. 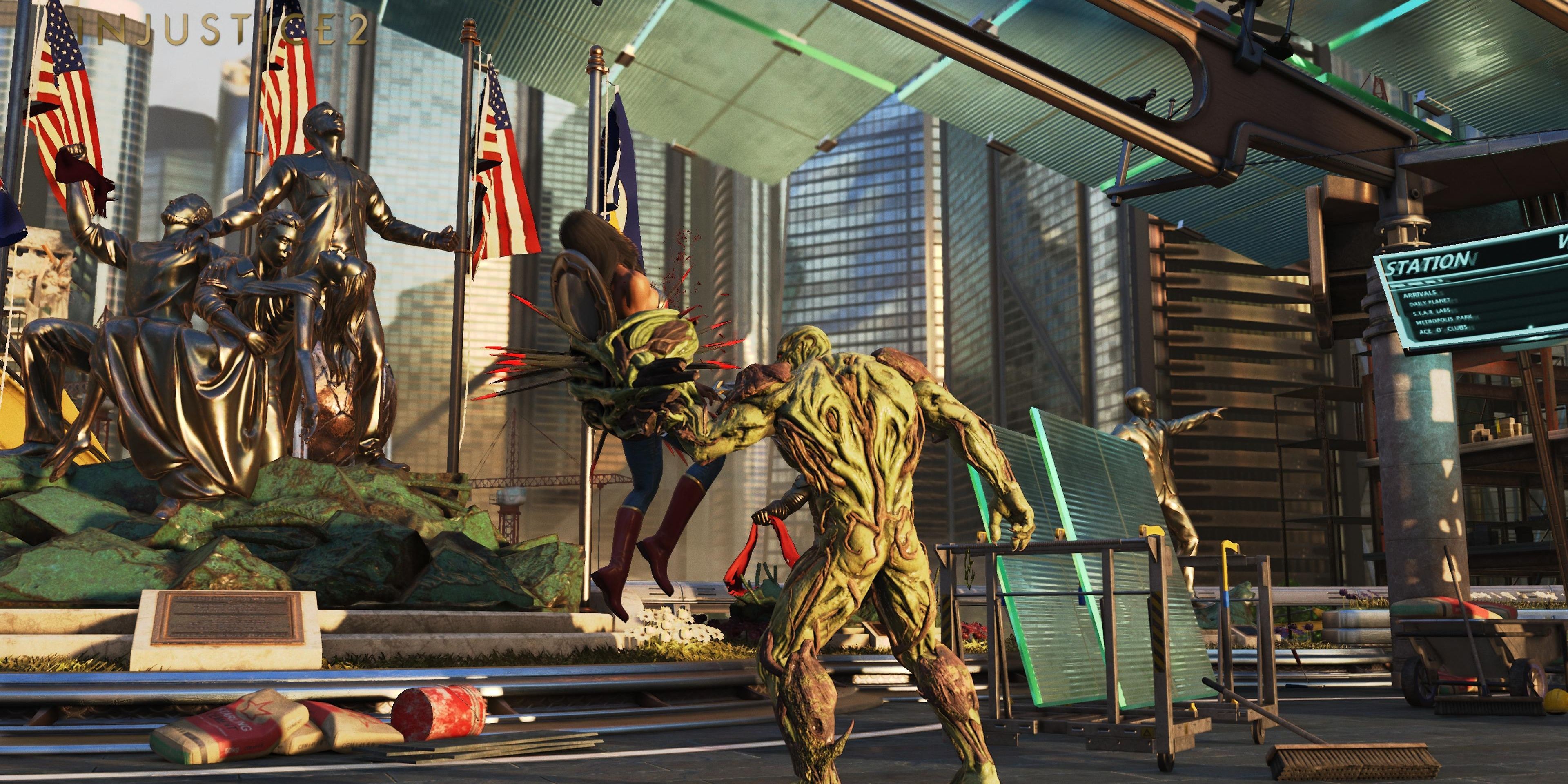 The main game modes in Injustice 2 are separated into Single Player, Multiplayer, and Online. In the Single Player section, you can access the story mode, fight against the AI, practice and complete tutorials, and save the Multiverse. The campaign can be completed in roughly six hours, and there is a total of 76 fights in the game. Continuing the story from the first game, Batman and his team overpower Superman but a new group of villains threatens to disrupt the momentary peace.

Playing through the campaign is a great way to learn the fundamentals of Injustice 2. You’ll switch between multiple characters throughout the campaign to give you a variety of different fighting styles. Before you hop into the campaign, you can also check out the in-depth tutorials. These are broken down into Basic Movies, Advanced Mechanics, Combat Strategy, and General Practice. 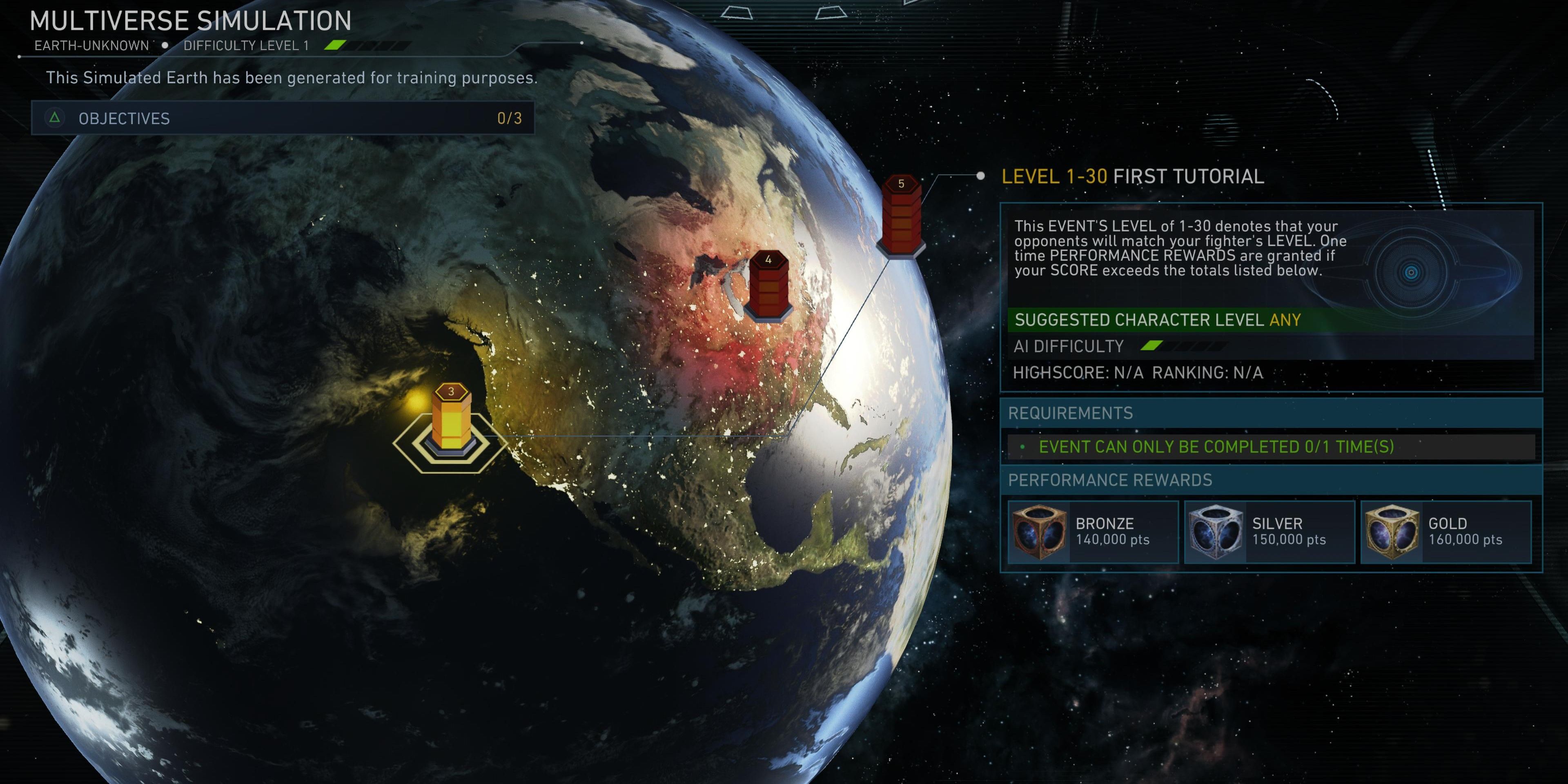 Another solo experience in Injustice 2 besides the standard campaign is The Multiverse. By using the Brother Eye, Batman can scour the Multiverse to detect potential threats and send a team to neutralize evildoers. Each Multiverse will contain situations called Events, which are a series of battles marked by the number on each stack. The Event’s difficulty is represented by its level and the minimum Character Level suggested to complete the Event.

There is a tutorial for this mode called The Multiverse Simulation, which has been generated for training purposes only. You must complete the simulation before you’re able to advance to the real Multiverse Events. You’ll receive Mother Boxes for rewards based on your performance throughout the Events. 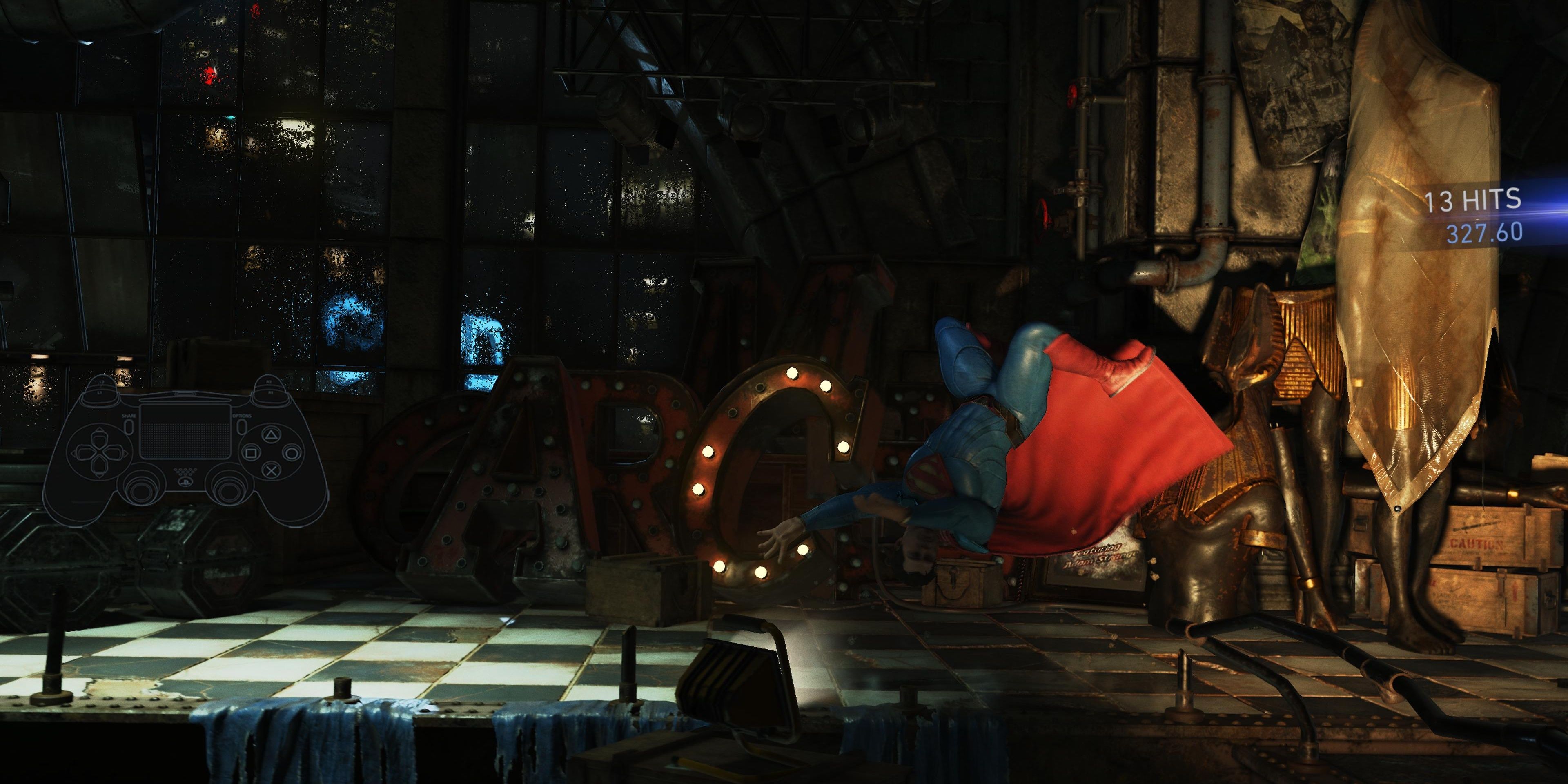 Every arena in the game will feature some sort of Environmental Interaction that can assist you in combat. On either side of the stage, you can run along the walls or jump off an object to avoid incoming attacks. You can also find throwable objects around the level that can be launched at an opponent.

Each map also has arena transitions, which means by performing a certain attack the fight can be moved to a different area. You can throw the character through the background of the level and watch as they endure a series of brutal hits. 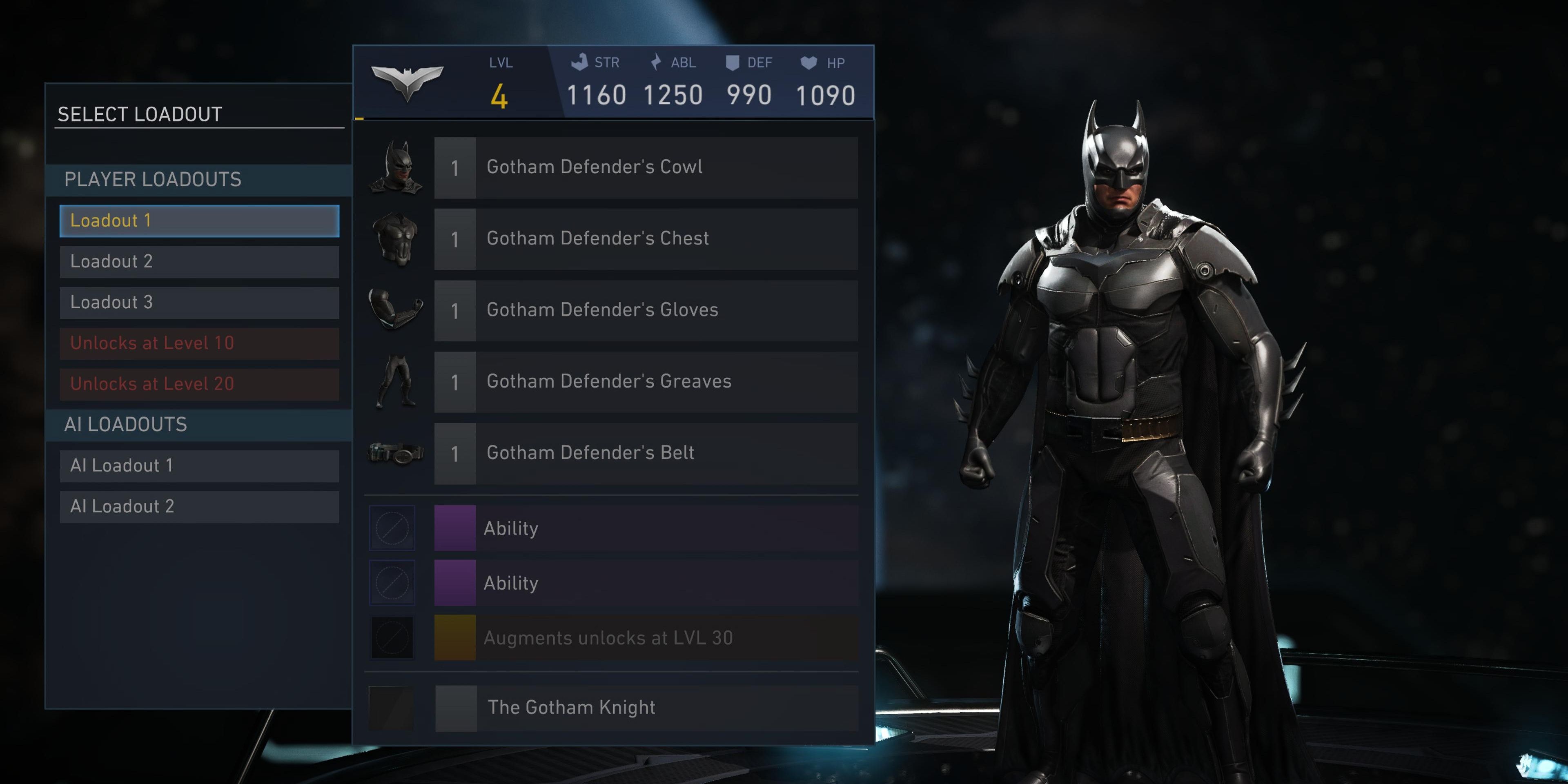 One of the biggest features in Injustice 2 is the Gear System. Throughout the game, you’ll receive experience points, Mother Boxes, and various forms of in-game currency to upgrade the characters on the roster. Experience points will be applied to your overall Hero Card and the character you’re playing. Upgrading characters is vital because it directly impacts what type of gear you can equip to boost their stats. 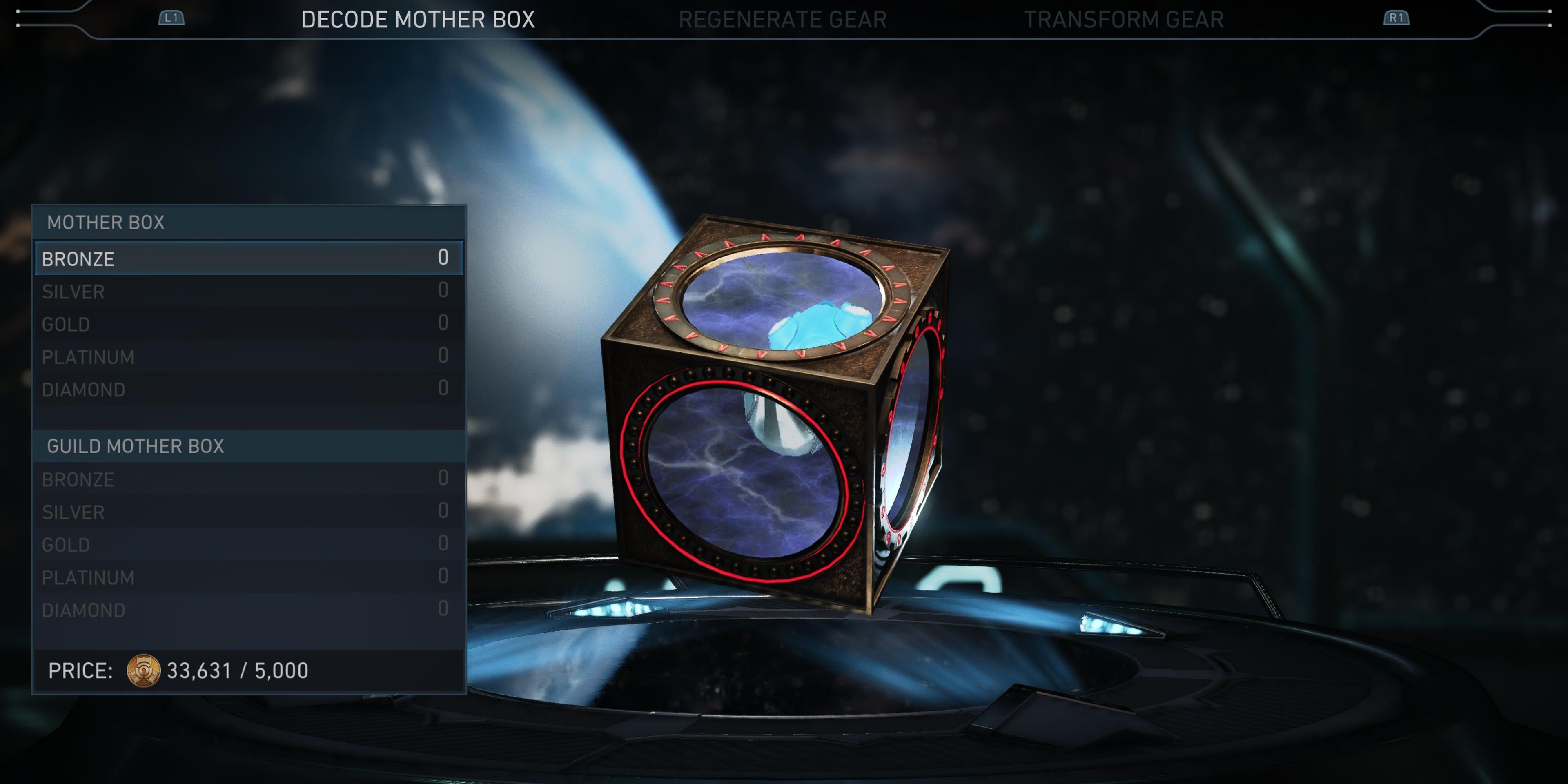 Mother Boxes are a type of reward throughout Injustice 2. These items are valued across five tiers, each providing a piece of gear for a random character. In the Brother Eye Vault, you decode Mother Boxes to reveal which piece of gear you’ve received and you’re able to equip it right then and there. You can purchase more Mother Boxes by using credits, which are obtained through the challenges located in the Progression Rewards section of the Hero Card menu.

You’re also able to regenerate gear and transform gear by using Regen tokens and Source Crystals. Gear can be damaged in battles but can be restored to its original shine. Source Crystals can only be purchased with real money and they’re only meant for Premiere Skins, shaders, and transformations. Joining guilds can open up additional avenues for rewards, but there are level requirements that must be met.