You are here:
Home / Immortality Looks Like A New Kind Of Cinematic Game

Immortality Looks Like A New Kind Of Cinematic Game

Immortality looks like it may challenge the way "cinematic" is used in discussions about video games. Typically, if someone says that a game is cinematic they mean that its story is primarily told through cut scenes – typically cut scenes in which a lot of time, attention, and money has been paid to making the characters and the environments they inhabit look as realistic as possible.

Naughty Dog, developers of The Last of Us and the Uncharted series, is the most influential creator of this kind of game, but the stories of most triple-A games tend to be built around cutscenes. Though Red Dead Redemption 2, Call of Duty: Vanguard, and Final Fantasy VII Remake are fundamentally different experiences, in many ways, all three rely heavily on the same technique to tell their stories. Gameplay stops, a cutscene conveying crucial story information plays, then gameplay begins again.

There isn't anything inherently wrong with this approach. Naughty Dog is one of my favorite developers, and both Red Dead Redemption 2 and Final Fantasy VII Remake are two of my favorite games. But, when our definition of "cinematic" extends only as far as the shallow understanding that movies are things you passively watch, and that games are most cinematic only when they are removing control from the player, it impoverishes our understanding of both mediums. 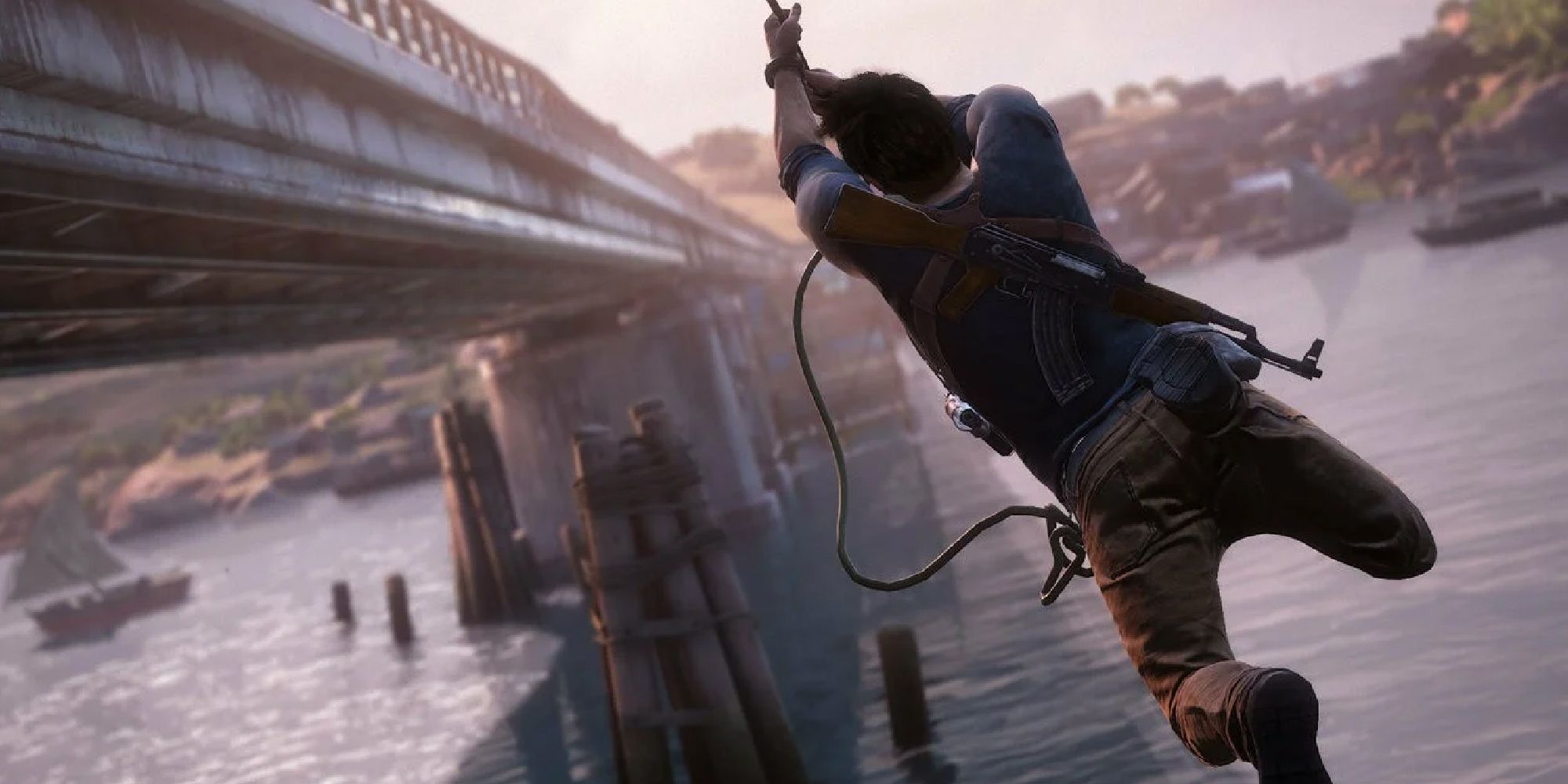 Which is why I'm so, so excited to get my hands on Immortality next month. The new game from Her Story and Telling Lies creator Sam Barlow and Half Mermaid, Immortality — like its excellent predecessors — is an FMV game in which the player trawls through hours of footage in order to solve a mystery. Unlike Her Story and Telling Lies, which both used search bars and key words to sort through the recordings, Immortality is aiming to use the language of cinema itself. Because instead of words, Immortality has you move from image to image using the match cut.

If you aren't super well-versed in the language of movies, you may not be familiar with the term "match cut," but you would recognize one if you saw it. When Raiders of the Lost Ark begins, and the mountainous Paramount logo fades away to be replaced by an actual mountain peak towering over the jungle, that's a match cut. Or, for an example from a franchise that currently has a movie in theaters, take this match cut from The Lost World: Jurassic Park in which a distressed mother finds her child mauled by a pack of dinosaurs and screams… only for the scene to transition to a similar shot of Jeff Goldblum's Ian Malcolm yawning as he waits for the subway.

Essentially, a match cut occurs anytime a filmmaker arranges two shots with similar compositions, one right after the other. The context for Shot A and Shot B may be radically different, but the general shape of the image being depicted is the same. In the juxtaposition of the two images, the filmmaker may be communicating something to the audience about the themes of the story or the emotional states of the characters. For example, The Lost World's match cut might communicate that the worst day of one person's life could be just another yawn-inducing moment in someone else’s. Additionally, the scream lingering for a beat as Goldblum's scene begins suggests that, though he has not met this woman, he is somehow connected to her plight. 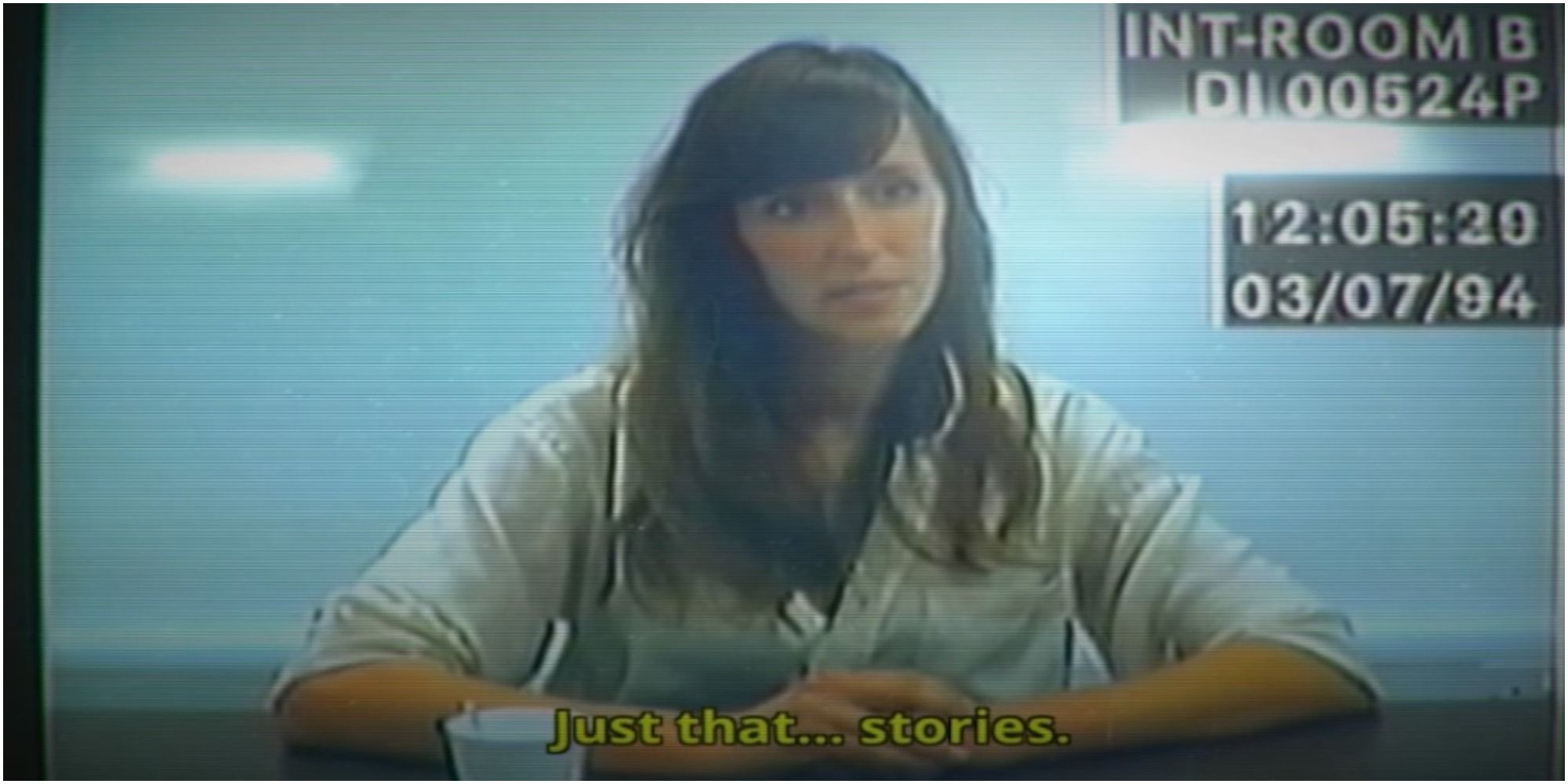 We can infer this meaning simply from the way one shot rolls into the next. Paying attention to these details can teach us about how the hundreds of thousands of frames that make up a movie are arranged together to create meaning. Immortality, then, aims to be a cinematic game in the truest sense because it draws our attention to the building blocks of film and, through gameplay, helps us to understand how those building blocks are put together.

In Immortality, players are attempting to discover what happened to Marissa Marcel, an actress who made three movies that were never released, then disappeared. Immortality asks us to analyze the footage in those movies, Ambrosio, Minsky, and Two of Everything, to discover the truth of her disappearance. How will we uncover what happened to the woman behind the roles by studying the movies she acted in? No idea. But, in the game's most recent trailer from this year's PC Gaming Show, we see the search process in action. A priest holds a crucifix over a mirror and the player can hover their cursor over the crucifix to select it. This causes the game to transition to a different shot showing nine polaroids taped to a wall in the shape of a cross. Then, the player zooms in on the face of a woman in the scene, prompting a transition to a different scene where her face is shown from the same angle.

Where Her Story and Telling Lies asked us to understand their mysteries through language, Immortality asks us to parse its story through image. It is a fundamentally cinematic game because it is primarily focused on the pictures cinematic stories are composed of and how they are put together to tell a story. Though "educational" may seem like a pejorative term when applied to a game aiming to thrill and intrigue, I don't think it's incorrect. By zeroing in on one of the fundamentals of moviemaking, Immortality may teach players as much about film as a semester of film school. And through images, not words.