You are here:
Home / I Miss Galar’s Stadiums

Some of my favourite Pokemon memories are battles in playgrounds. Whether slamming my Dark Celebi card down on the lunch table with more gusto than sense, or stretching a Link Cable between benches to unleash my Jolteon’s Thunderbolts through the ether, battling was always a good time. Reenacting my childhood in Scarlet & Violet should have been a nice dose of nostalgia – a currency that Pokemon banks on more than ever in Generation 9 – but I can’t help feeling underwhelmed.

I’m not talking about the story battles here. They occur wherever you challenge your opponent – in a field, on a mountain, or wherever. They look fine, or at least on the same level as the rest of the game, which as we know isn’t great. The final climactic battle has a really cool setting, although it’s again let down by the game’s dire graphics and performance. I’m talking about online battles, when you’re climbing the ranked ladder. These all take place in the Academy’s school grounds, which is incredibly disappointing.

Sword & Shield’s battles took place in giant stadiums filled with adoring fans. This was in part due to the battle gimmick, Dynamax, enlarging your monsters to Kaiju levels, and partially a play on the Galar region’s British roots with football culture, hooligans, and the full works. Iberia has its own football culture, but I understand why Pokemon hasn’t made two football games in a row. I can’t help but miss it, though. 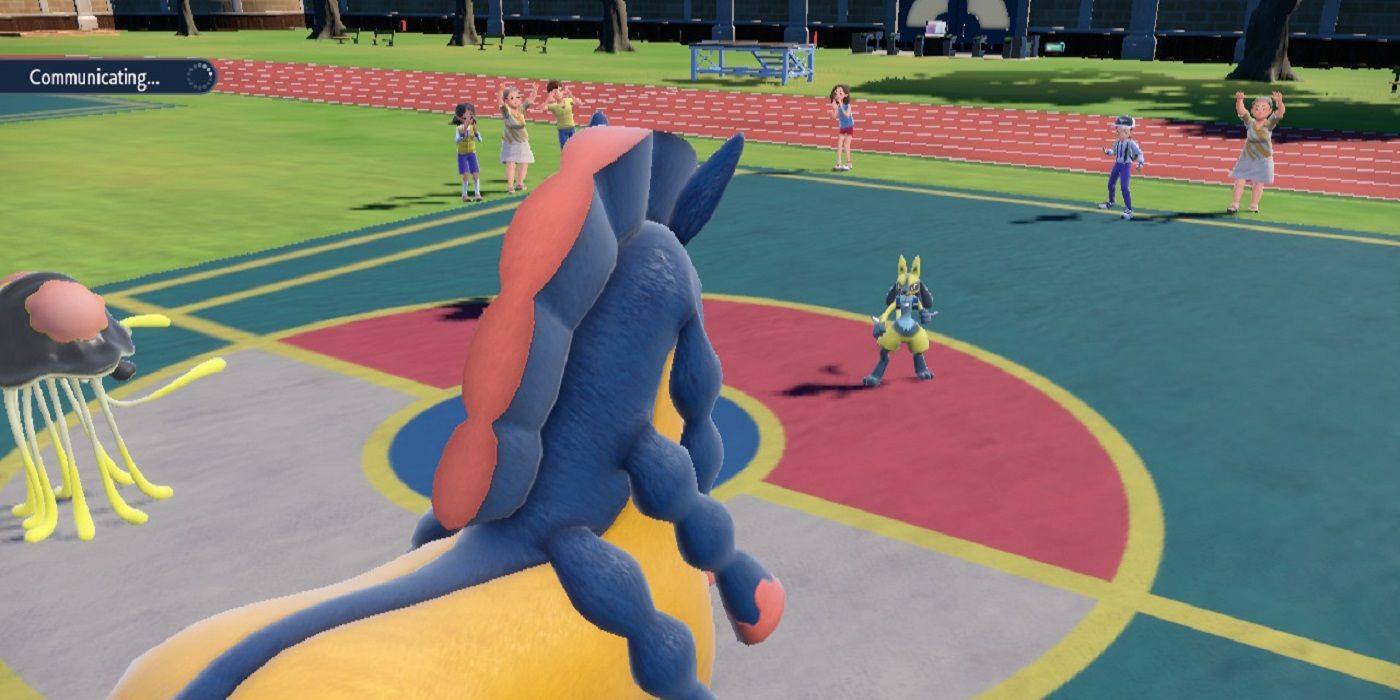 Battles had a spectacle to them in Sword & Shield. You felt like every match was important, even when you were just starting out in Poke Ball tier. The Rotom camera that spun through wide pans and cut to overhead shots as you carefully chose your moves made it feel like an editor was carefully broadcasting your match to millions at home. Music pumped out of the stadium’s sound system, immediately getting your adrenaline going and the crowd frenzied. And the crowd was the best bit of it all.

While some of the characters in the stands were rightfully memed for their humorous expressions of support, the crowds played a huge part in the Galarian battle experience. They cheered when you hit a big move on an opposing monster, went wild for a big KO, and collectively winced with an, “ahhh” if you landed a crit. You could almost feel their teeth gritting into an awkward grimace at those times, and it made the battles so much more exciting. Now, we just get a few schoolchildren fistpumping, and it’s not the same. 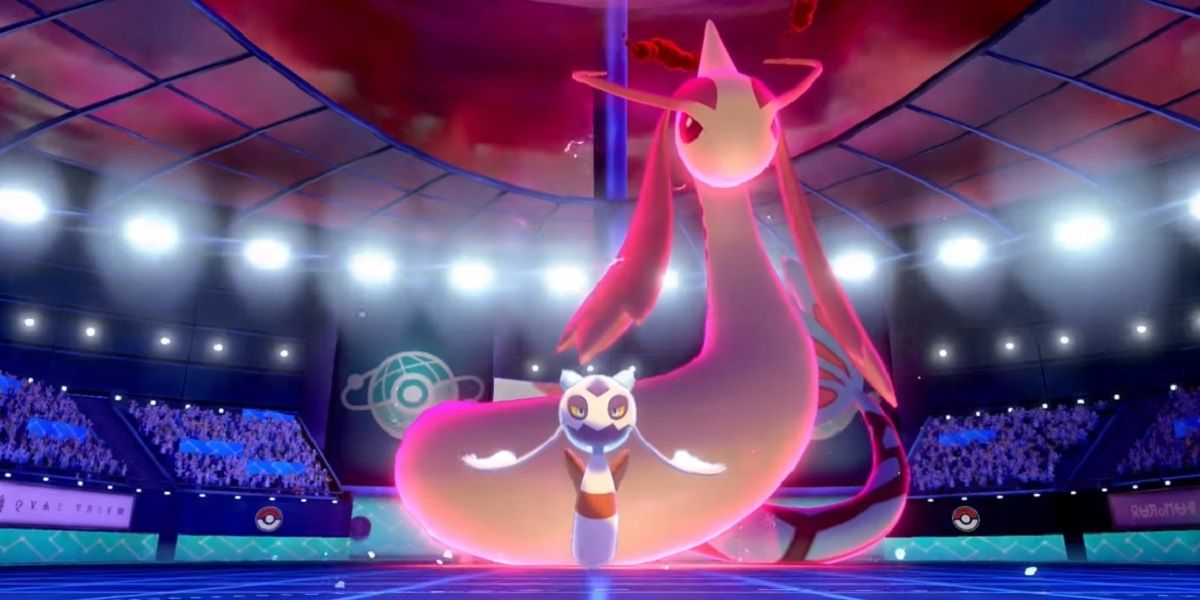 I understand that Pokemon has to move on, and needs to iterate on its central premise with each new game – and especially with new generations – but has it not iterated enough? With Paldea’s open world, the Titan boss battles, and the true ‘go anywhere’ approach, could we not have just kept the battles spectacular? The small pitches that Gym Leaders have rarely cut the mustard, and the playground setting for PvP is even worse. Could we at least battle our friends on Ryme’s stage?

Pokemon esports understands the need for stadiums and convention centres as impressive locations for its battles, so why don’t the games? It’s a shame that we only got one World Championship on Sword & Shield, and it feels doubly unfortunate because of the inevitable disconnect between crowd-filled rooms where players will compete and the limp, poorly-supported playground fights being projected onto the big screens. At least real crowds will take after Galarians and provide some of those exciting reactions that Paldeans don’t seem to bother with.