You are here:
Home / I Made Deck Of Pretty Ladies In Marvel Snap And Now They’re My Best Friends

I’ve been playing a lot of Marvel Snap lately. I’m not sure it’s all that great, but it’s one of the most snacktacular games I’ve ever played. After finishing Bayonetta 3 I’ve been bouncing between Overwatch 2 and FIFA 23, too paralysed by choice to start anything else as I wait for the tidal wave of launches November and December will bring. Marvel Snap has not only joined that group, but overtaken it to become my go-to time filler – mostly because of my Girlies deck.

Card games have always been on the periphery for me. I collected lots of Pokemon and sports cards as a kid, but without any real knowledge of how the games themselves worked. However, I did love Top Trumps, and into adulthood regularly play real cards (the kind with the Queen of Diamonds and the other 51), so there’s something there. But Snap is the first game to land for me. Even FIFA Ultimate Team, which uses the aesthetics of a card game, holds no appeal. Snap has short games and simple rules, but I’d be lying if I said part of it wasn’t just that these are characters I know and love. After a few rounds of just playing whatever, I started experimenting with deck building.

Marvel Snap lets you make a deck of 12, and have six different card values, so my first three decks were two of each value (two one cost cards, two two costs, and so on). The very first deck was just the starter one, and my second deck was used to build my ‘favourite’ pack with combinations like Moon Girl powering up Devil Dinosaur and Lady Sif powering up Apocalypse. It’s a good deck. Deck three came after I’d unlocked a few more cards and found myself reluctant to give up deck two – I kept my winning hand but made an entirely fresh one to try out the likes of Heimdall and Cosmo. Deck four, though, was when I started having fun. 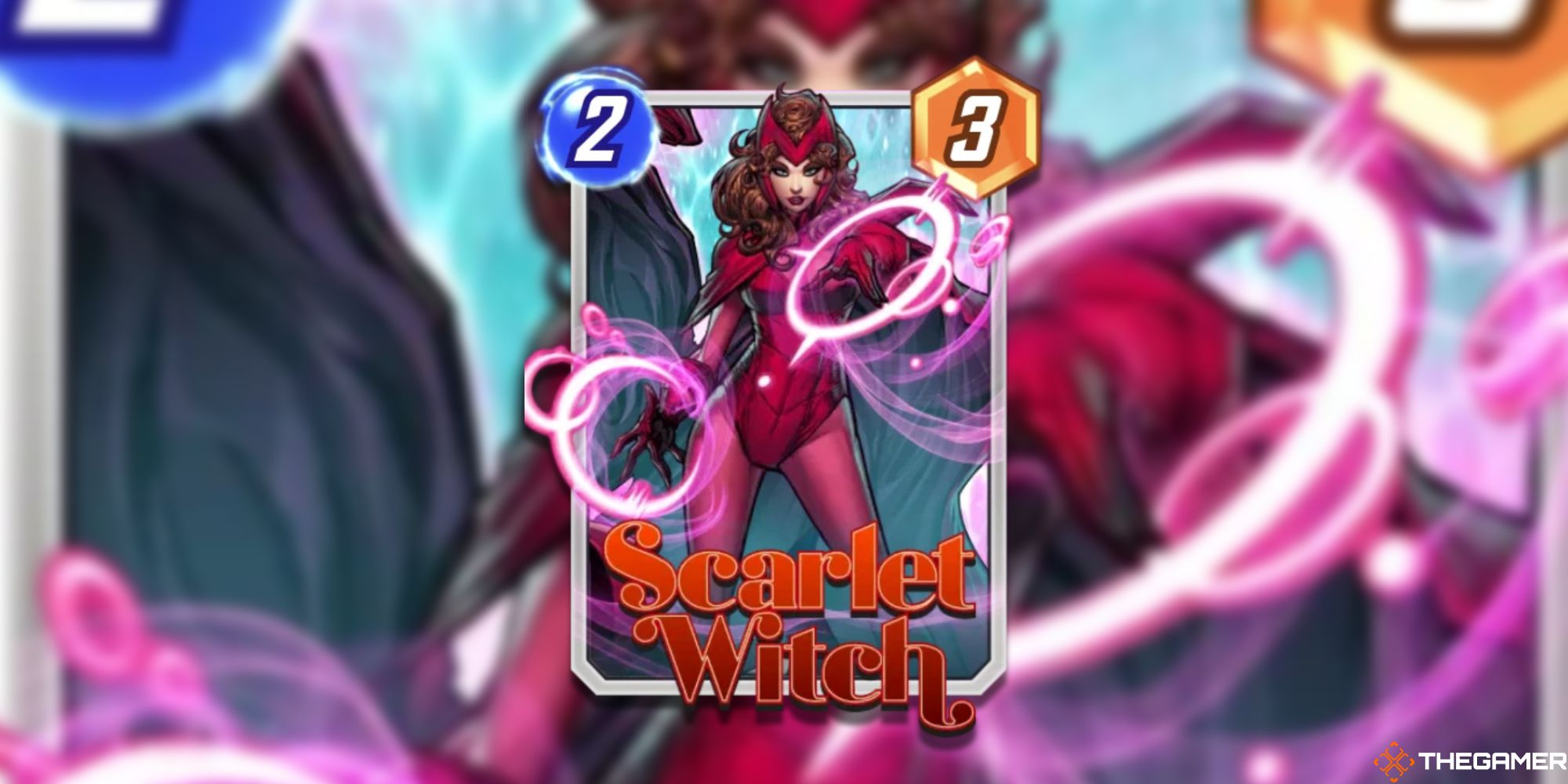 My first three decks are creatively named Deck One, Deck Two, and Deck Three. Deck four, however, was my first experiment with a theme, and thus is the Girlies Deck. As you might expect from the name, it’s full of girls. It’s not just any female card though, it’s specifically 12 characters I think would be my friend. I am their glamorous Jesus, and they are my sexy apostles. I’m Taylor Swift, and they’re Selena Gomez and the rest of the Squad, you know the ones I mean. Because it’s not just women, but specifically my gang for nights out, the likes of Squirrel Girl (too wholesome), Iron Heart (a child) and Moon Girl (too wholesome and a child) get cut.

Some tactical choices come into play too – Lady Sif would make an excellent Girlie, but her power is a hindrance here. White Queen is gorgeous too, but once I unlocked Spider-Woman I had to admit White Queen didn’t really bring that much to the table. Freshly unlocked Domino is currently sidelined as well, but only because I can’t bring myself to break up with one of the current 12 to get her in. Oh yeah, we’re dating too. 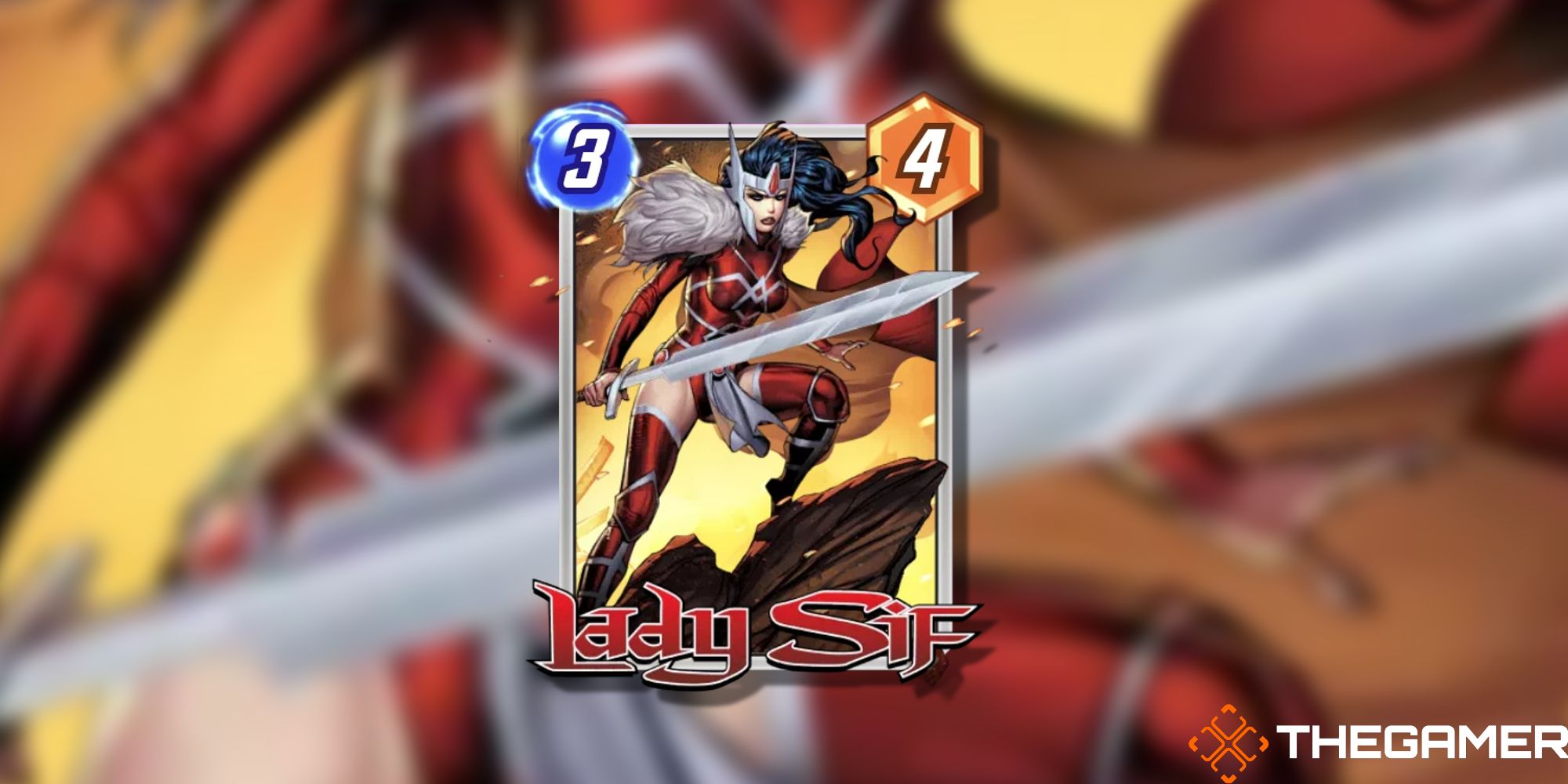 Let’s meet the team, shall we? For a long time, Elektra was my only one cost card as I threw out my usual balance for the sake of pretty ladies. However, she’s now joined by Mantis, who ultimately cost White Tiger her place in the pack. Two costs are still out of whack though, with a trio of Scarlet Witch, Angela, and Medusa. Medusa is good for the middle column, Angela is vastly underrated if you’re sticking to a two-location strategy, and Scarlet Witch is extremely pretty. There’s probably some advantage to her powers, too.

Making up for the abundance of two costs is the lone three cost in Wolfsbane, the angry punk of the group. She’s excellent if you can delay her, or on locations where you get extra energy, and aesthetically she offers an important balance. At four cost, Jessica Jones is one of the most reliable cards in the game and Enchantress, once again, is very pretty. Additionally I rely on On Reveal cards more than Ongoing, so Enchantress is a nice counter to those playing the long game. 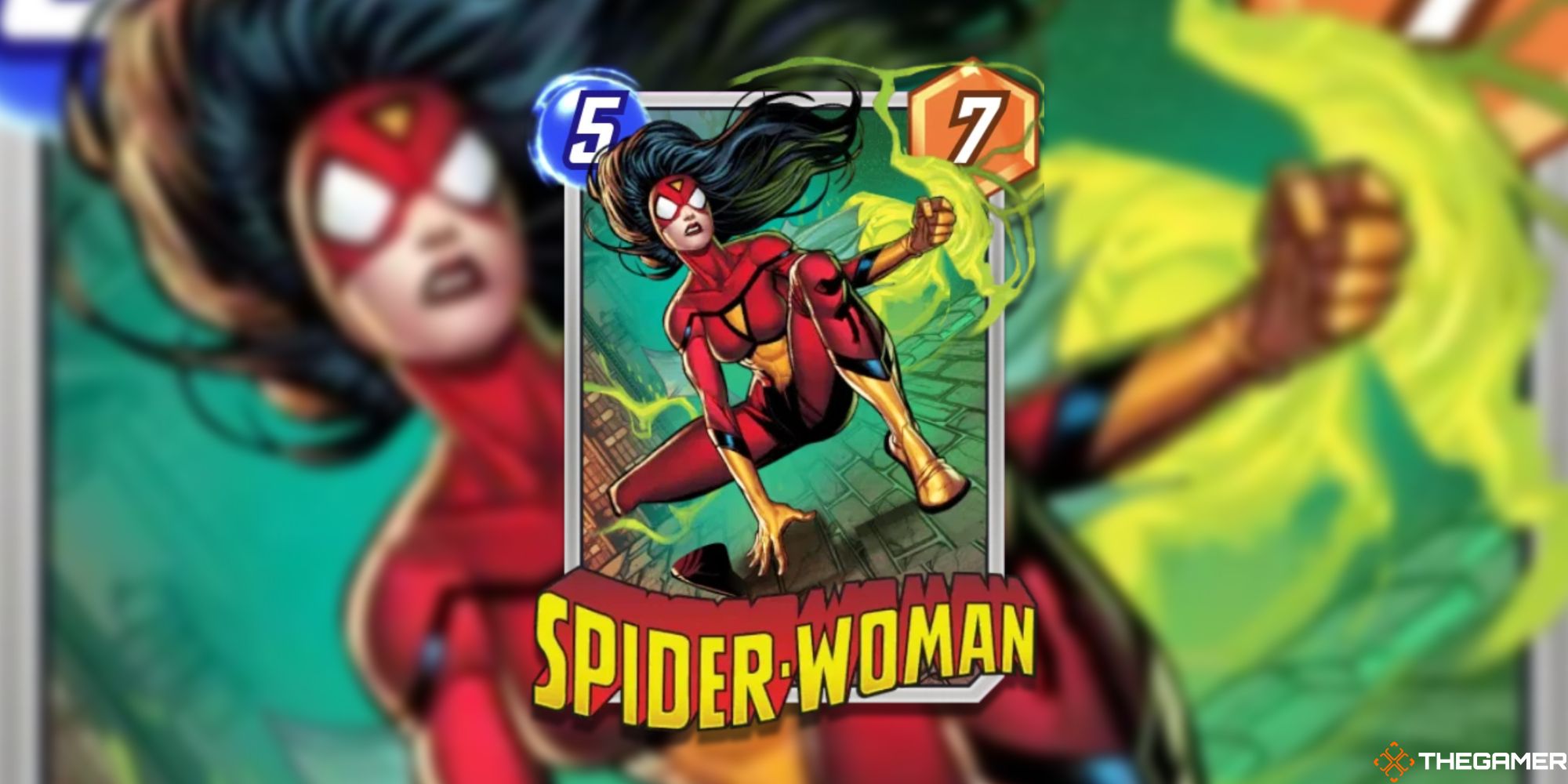 At five cost, there’s big-power hitters Gamora and Spider-Woman. The former is great for an empty location to lure your opponent into playing a card that gets you extra power, while the latter weakens areas already full. At six cost, we have Spectrum and America Chavez. Nine times out of ten, I play Chavez. She appears on turn six and this doesn’t count as an ability for locations that offer a boost to the abilitiless. Spectrum boosts Ongoing cards, which I don’t use, but offers a good insurance policy against Yondu destroying your deck. Even as I write this I’m considering ditching Spectrum to go back to White Queen, or cutting her to try Domino if I really want to load up on two costs. Sorry, Specky. Let’s keep in touch.

I’ve got everyone I could want from Pool One right now, but Pools Two and Three will mean some tough decisions. Mystique won’t be in my life for a long while, but as my all-time favourite, she’s a day one Girlie. A Girlie In Waiting. The Girlie-Elect. I’m on the brink of Pool Two, its relatively small roster means I can probably keep my current Girlies and just rotate from time to time, possibly depending on what that day’s boosted location is. Agent 13, Jubilee, and Storm are the only ones in contention. It’s possible I’ll give up before Pool Three (likely) or get bored of the Girlies (extremely unlikely), but when it eventually arrives it might need a Girlies deck of its own. 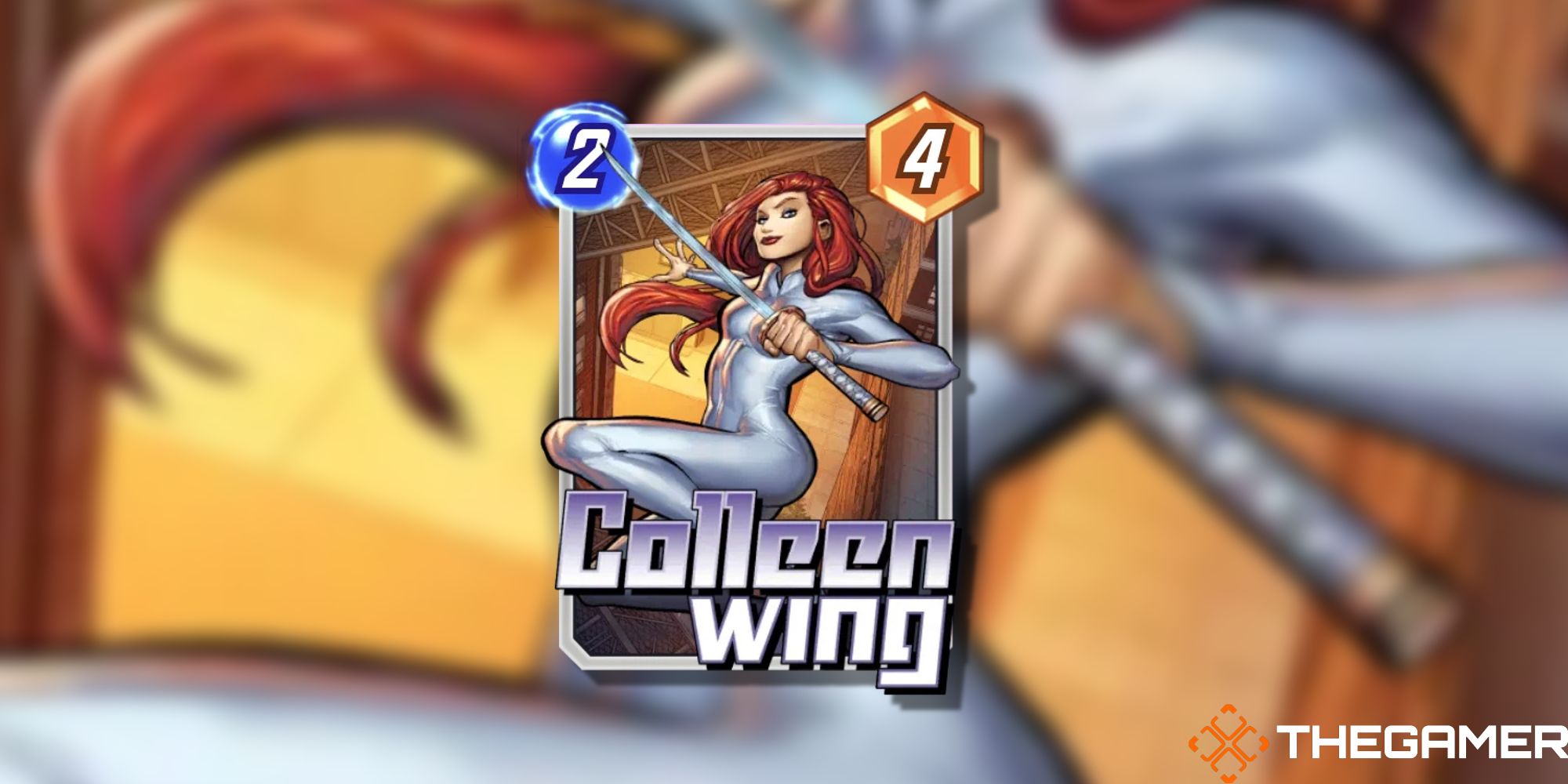 Aero, Black Cat, Black Widow, Captain Marvel, Colleen Wing, Hela, Invisible Woman, Magik, Mystique, Polaris, Psylocke, Rogue, Sera, Viper, Wasp, and Wave are potential Girlies in Pool Three. Do they make a good deck? No idea. Do I want to be friends with them and we go out for bottomless cocktails then we also kiss and stuff? Absolutely. This is the essence of what keeps me coming back to Marvel Snap. I win more than I lose, I’m slowly leveling up steadily, and I’ve figured out a way to make my current Girlies deck viable, but ultimately I don’t care. Sure, I lost, but now my Enchantress has a shiny logo – who’s the real winner here, eh?