Usually when I write about sims, I have to assume the game in question accurately replicates the experience of whatever it's claiming to simulate. Euro Truck Simulator 2 is one of my favourite video games of all time—we're talking top 10 here—but I've never been behind the wheel of a heavy goods vehicle. Or even a car. But I am well equipped to write about Train Sim World 3, because I have, somehow, driven a train. A real train, on a track, with passengers on it. It was Dovetail Games, developer of the Train Sim World series, that gave me the opportunity—to illustrate just how authentic its game really is. And having tried it for real, I can confirm: it's pretty damn authentic.

Driving a train, I discovered, is largely about remembering things. Getting the thing rolling involves activating a series of switches, levers, and buttons in a very specific order. I drove that train for almost 2 hours, up and down a track somewhere in the Kent countryside, but I've already forgotten the sequence. Hell, I forgot it a few times while I was doing it. Luckily I had a patient instructor in the cabin with me to help when my mind suddenly went blank. Every time I forgot something I felt like I'd failed him, but he didn't seem to care. He told me he's done this hundreds, maybe even thousands, of times, and nothing surprises him anymore. That made me chill out a bit. 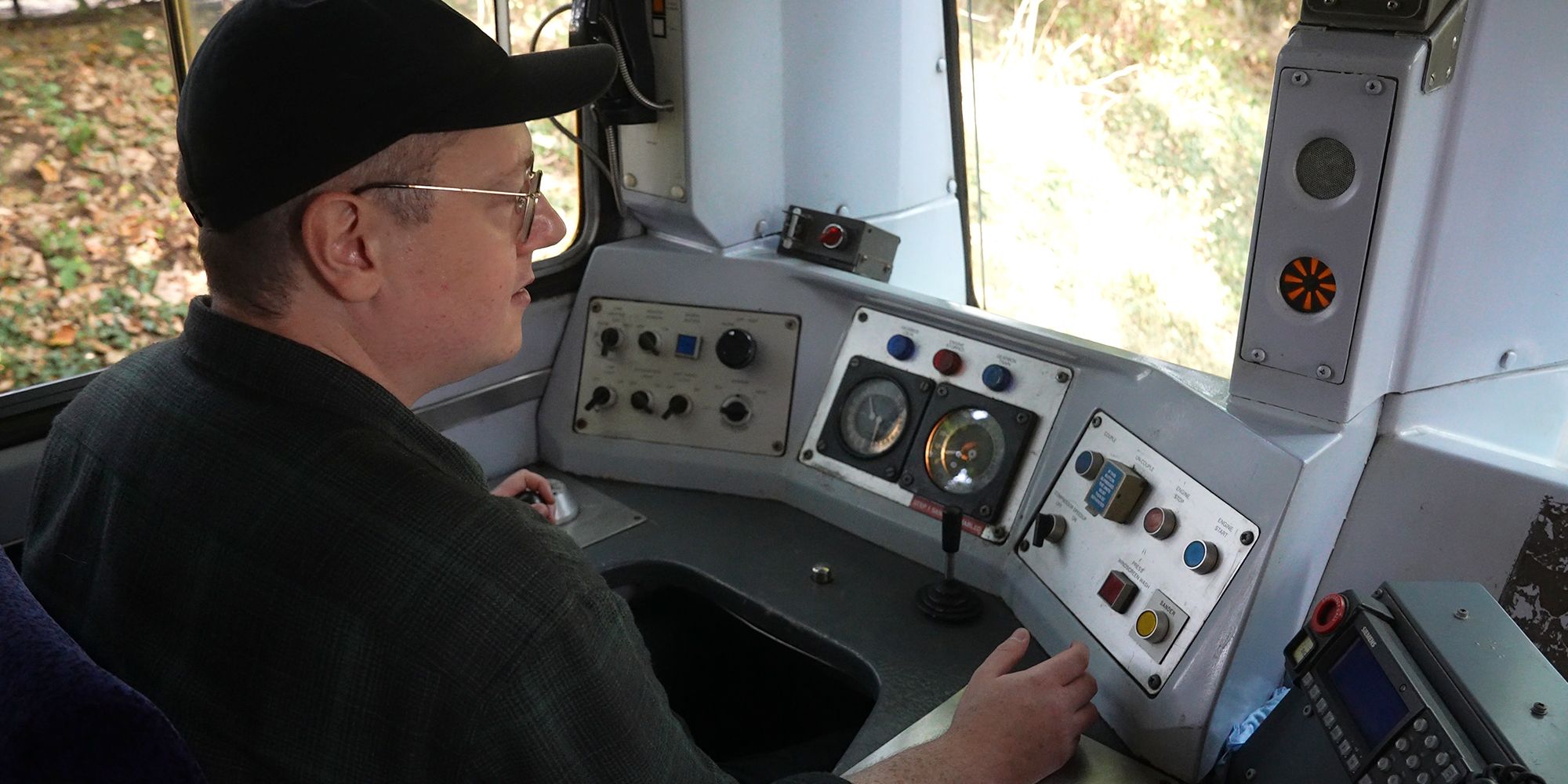 Train Sim World 3 is an attempt by Dovetail Games to make train simulators more approachable. Once upon a time these games were largely exclusive to PC, making use of every key on the keyboard. But you can comfortably play this one on the sofa, on an Xbox or a PlayStation, thanks to an intuitive controller-driven UI. Starting one of the game's trains involves just as many steps as it did for me in real life, but in the game the HUD tells you what to press and in which order. There are a bunch of new rookie-friendly tutorials as well, in which the guy who played Vesemir in The Witcher 3 explains the ins and outs of making these big, complicated feats of engineering go.

Once the train was moving, my priority as the driver shifted to carefully monitoring my speed. I had a strict limit of 15 miles per hour, and whenever I started to creep over it I had to nudge the brakes to slow down. It was a strangely relaxing experience trundling along, watching the scenery go by, listening to the clatter of the wheels on the track, and periodically squeezing the brake to keep my speed legal. Occasionally I'd have to slow down for a level crossing, or to pull in at a platform, which meant knowing exactly when to slow down to get the train to stop precisely where I wanted it. It was thrilling being in full control of an actual train, even at this comically slow pace.

Playing Train Sim World 3, it's the same deal—just much, much faster. I was driving a Pacer, a small British train that has developed something of a cult following among rail-heads since it was taken out of service in 2021. But in the game I drove Germany's blisteringly fast ICE-1, which blasts along the track at 173 mph. I've been on one of these in real life, travelling to Köln for Gamescom, and the sim perfectly captures the breakneck pace of the thing. But even at these high speeds, the principle of driving the train was the same: sticking rigidly to a speed limit, slowing down when instructed, and anticipating the best time to brake to pull into a station without under or overshooting it. 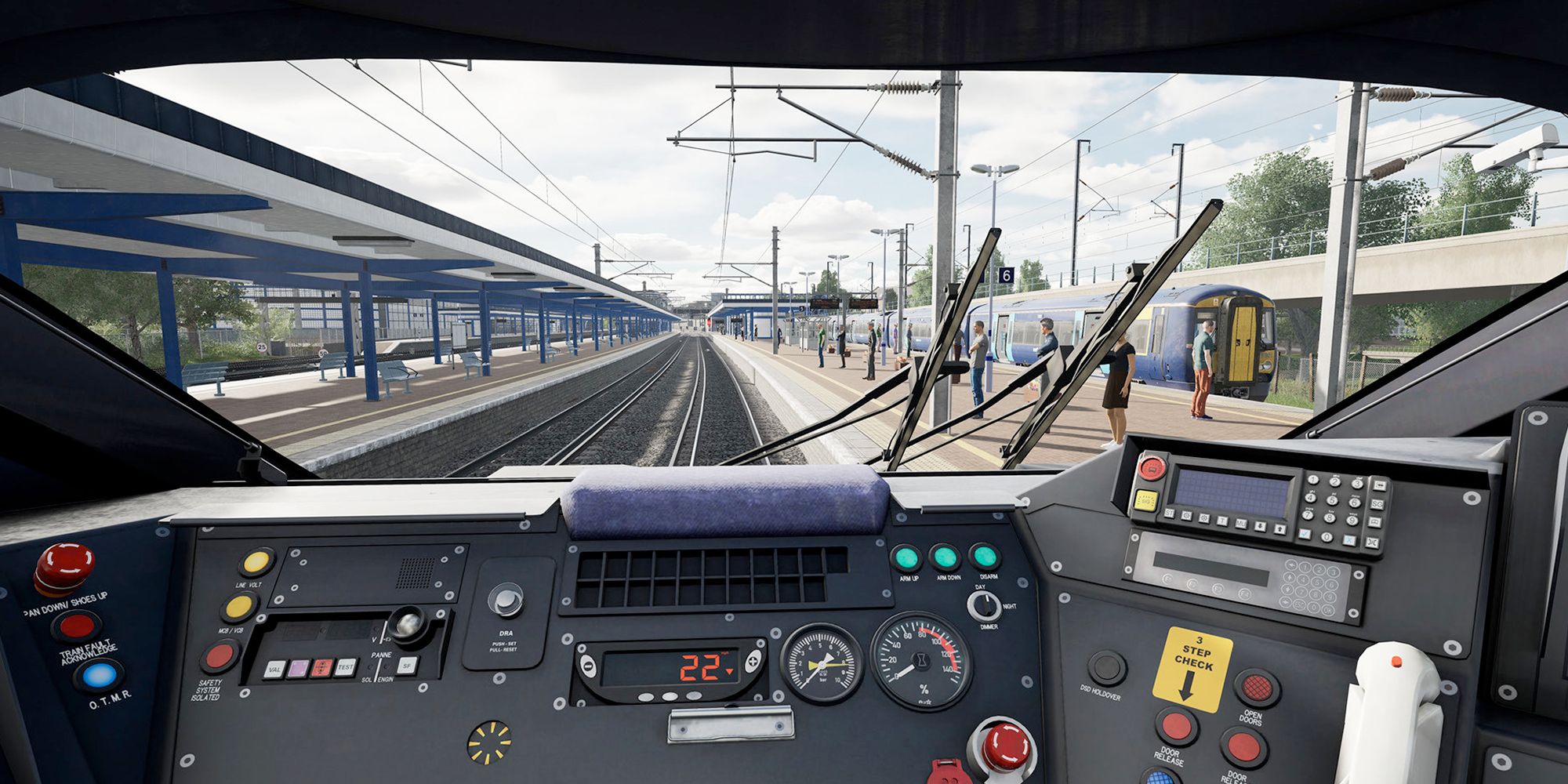 I'm not saying I could climb into the driver's seat of a real, operating train and confidently sling passengers up and down the country. But I did get a pretty good hands-on feel for it—to the point where I'm comfortable saying that this game really does nail the feeling of driving one of these vehicles. I know that's what Dovetail Games wanted me to say when they set this thing up, but it's true. However, my tame, laid back little trip up and down the East Kent Railway, closely watched by an instructor, was nothing compared to the experience of driving a super fast train in a real-world scenario. Thankfully, Train Sim World 3 lets me do this without risking the life of everyone on-board.

There's a brand new weather system, with wind that can rock your carriages and rain-slicked tracks, making braking more difficult. The lighting system has also been overhauled, to impressively realistic effect, and there are fluffy volumetric clouds floating in the sky now. It's basically the ultimate train set. You can even paint your own liveries. I'm a casual sim player, and not really into trains if I'm being honest, but there's something bizarrely compelling about this game and other such simulators. I find them immensely peaceful and atmospheric, like a screensaver for your brain. Train Sim World 3 is out now on PC, PlayStation, and Xbox if you want to hit the rails yourself.