You are here:
Home / Humankind review – creating a better Civilization 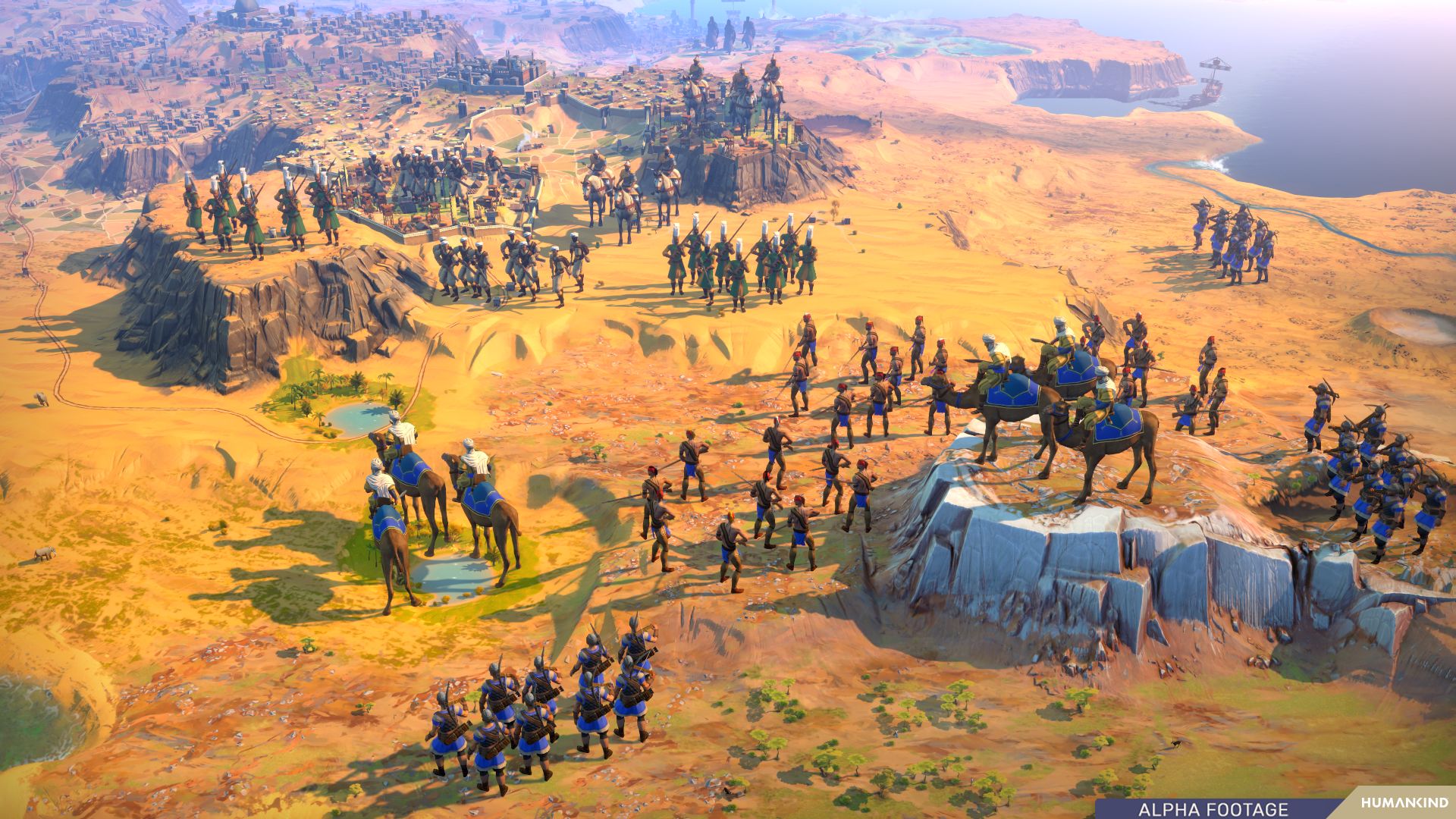 Civilization gets its first real competition in 30 years, but can this new pretender really beat the king of 4X strategy?

Sometimes things are exactly what they seem to be. The second you see a screenshot or video of Humankind it’s obvious it’s very similar to Civilization, the grandaddy of 4X strategy games. Given how similar the two games look you would imagine there was some significant new twist or technical feature to explain why Humankind would risk comparisons to such a famous franchise. That’s not really the case though and so the question is simply whether this is a better Civilization than Civilization itself.

French developer Amplitude Studios is no newcomer to the strategy genre but although Endless Space and its follow-ups are well regarded, they’ve never enjoyed the same level of success as Civilization. But then you could say that of almost any strategy game.

This is not Amplitude’s first rodeo when it comes to making complex strategy titles but what’s always been surprising about Humankind, since it’s very first reveal, is the lack of obvious new ideas. Endless Space and Endless Legend are nothing if not unique and yet beyond some relatively minor details Humankind’s only real innovation is the fluid representation of different civilisations. That work well enough, but not so much that it’s going to give Sid Meier any sleepless nights.

For those unfamiliar with the Civilization series the basics are surprisingly straightforward. Taking place on a procedurally generated world – think of it as an alternate universe version of Earth – you start off in control of a small group of hunter-gatherers and can only see a few squares (well, hexes) of the otherwise blanked out map around you. As you explore, you uncover more and more of the terrain and in the process new resources to exploit and, sooner or later, rival civilisations to trade and war with.

The game, including the combat, is turn-based but it’s deceptively fast paced and while things do get much more complicated once you’ve expanded out into a fair-sized empire, the amount of micromanagement you get involved with is largely up to you.

Most people will have started far more games of Civilization than they’ve finished, for the simple fact that exploring and filling in an empty map is intrinsically a lot more enjoyable than endless diplomatic negotiations with half a dozen rival empires. Humankind clearly recognises this, as the hunter-gather era lasts a lot longer than Civilization – to the point where you begin to wonder if it wouldn’t have been better making that the whole game, as it’s not only distinctly different but consistently entertaining.

Easily the least interesting aspect is managing multiple cities at once, which Humankind addresses not only by trying to limit the overall number of cities but also getting you to focus on, not happiness, but the properties of influence and stability.

The amount of influence you can flex is key to the game’s diplomacy system – one of Civilization’s weaker elements – in that by ensuring your society is admired abroad it’s easier to paint yourself as the injured party even if you end up declaring war first, which is one of the many aspects of the game that feels amusingly/worryingly realistic.

Influence can include religion, although for obvious reasons its representation is very non-specific (except for atheism) and overall a far smaller factor than it is in the real world. That’s understandable but it is part of an overall trend where huge societal differences, such as trying to keep an absolute monarchy going forever, boil down to little more than a small stat bonus or detriment.

Although you start off Humankind in the Stone Age you don’t just pick Gandhi as your leader and take the same immutable society from pre-history to the space age. In Humankind your society evolves over time, influenced at six major milestones by one of several real world civilisations.

In theory that’s a more realistic way of handling things, although the implementation in the game is disappointingly simplistic. You basically just pick a new base culture for each era, gaining exclusive units and technologies that would otherwise be unavailable. However, these cultural choices aren’t related to anything that’s going on in the rest of the game; you’re literally picking options from a list of era appropriate cultures, which isn’t really much different to choosing a leader at the start of Civilization – you just get to do it more than once.

At these junctures you can also change your focus from a militaristic society to one concentrating on the arts or sciences. This is made less jarring than it might be because you can win simply by how much ‘fame’ you’ve accrued over your civilisation’s lifetime, no matter what it actually did.

The battle system is more involved than Civilization, but ultimately disappointing. It uses a zoomed in tactical view that factors in terrain, but it’s all rather fiddly and abstract and you’ll quickly be reaching for the auto resolve button. It’s still arguably better than Civilization, but the artificial intelligence is mediocre at best and consistently misses obvious opportunities to steamroller you. On a strategic level, the computer also proves to be surprisingly pacifist, almost never declaring war on anything but the highest difficulty settings.

Humankind has many of the positives of Civilization but also most of the same faults. The diplomacy is definitely better in Humankind, and the evolution of your culture is interesting if contrived, but most of the game’s other advantages are the sort of gameplay tweaks you’d expect from a Civilization sequel, not a completely different game trying to forge its own name.

We suspect there will be a lot of changes and revisions post-launch (not just in terms of bugs and performance issues but things like the underwhelming attempt to make climate change the final boss). At the moment though, Civilization 6 is still the better game, especially if you include its expansions. Humankind isn’t that far behind though, and that’s an impressive achievement given this is its first outing and Civilization has 30 years of expertise behind it.

However, rather than exposing Civilization as being outdated or uninspired Humankind just ends up doing a few specific things slightly better. Two Civilization style franchises are better than one but as David versus Goliath stories go this never feels as exciting as it should do, in theory or practice.

In Short: A highly competent alternative to Civilization but the list of unequivocal improvements is disappointingly short, with an unfortunate lack of real innovation.

Pros: A hugely involved strategy game that is both surprisingly accessible and deceptively fast-paced. Beats Civilization in terms of diplomacy and how it handles cities and micromanagement. Hunter-gather phase is a lot of fun.

Cons: The cultural choices are almost as contrived as Civilization and the combat system isn’t as fun as it thinks it is. Too few genuinely new ideas and too many grand concepts that are represented simply as minor stat gains. Unremarkable AI and pretty buggy at launch.