You are here:
Home / How to pick the best gaming headsets, keyboards, and mice for your console & PC

How to pick the best gaming headsets, keyboards, and mice for your console & PC 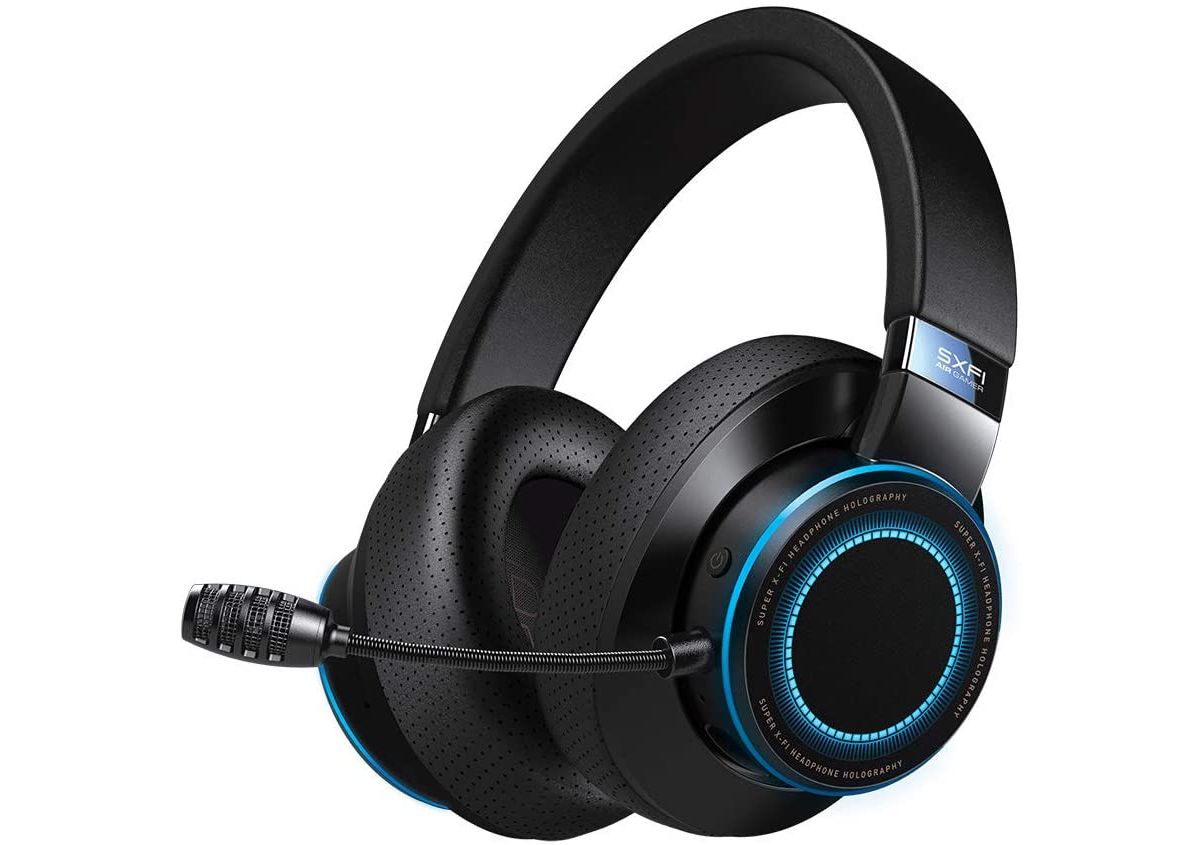 GameCentral offers some recommendation for the best gaming headsets, keyboards, and mice – in terms of both quality and value for money.

Buying a new console or upgrading a gaming PC is always the most expensive hardware purchase gamers have to worry about, but a new peripheral can make almost as much difference. Having a state-of-the-art console is no good if your headphones are a pair of tin cans, so we’ve come up with a list of some of the best gaming headsets around, as well as gaming keyboards and mice.

Experiencing immersive surround sound can make a huge difference to enjoying high-intensity games, where split second decision-making is vitally important. Hearing Lady Dimitrescu around the corner before you even see her gives you a head start that could be the difference between life and death.

Quality gaming keyboards and mice should assist fluidity of movement and pack an arsenal of formidable macro tools, while ensuring that every keystroke registers. Some peripherals are more just for show, with many nowadays lighting up like a Christmas tree, but you’d be surprised just how much difference even the cheaper ones make.

There are four essential categories to assess, to make the right choice for your gaming peripherals: customisation, support, special features, and aesthetics. So we’ve endeavoured to take all of these into account when assessing the amount of gaming edge you get for your hard-earned cash.

Razer Power Up bundle
Short on time and want a one stop shop that’s great value for money and super easy to set up? Razer Power Up Bundle includes a Cynosa Lite gaming keyboard, a Viper optical gaming mouse, and a Kraken X Lite gaming headset – which is perfect for gamers not too worried about polling rates and keyboard switch sensitivity. The mouse is very lightweight and it’s ambidextrous, so good for those who are left-handed. The keyboard has a slim design and a soft, comfortable feel, and the headset is super comfy with a responsive mic and clear sound. RRP £78.99

Roccat Elo 7.1 Air wireless headset
Want a satisfying boom without shocking distortion? The Roccat Elo 7.1 Air Wireless Gaming Headset delivers even at high volumes. The ear pads are built from roomy memory foam, so it’s great for glasses-wearing gamers and the AIMO RGB lighting is suitably flashy. Plus, set-up through the Swarm software allows personalised profile tweaks. There’s great 7.1 surround sound with fidelity and depth, and no noticeable lag – which you sometimes get from wireless headsets. Long lasting battery makes these a top choice for a still reasonable price. RRP £69.99

Logitech G733 Lightspeed wireless headset
A true thoroughbred of the gaming headset world, the Logitech G733 Lightspeed oozes quality and comfort. The stunning and sleek design comes in a range of suitably subtle hues that make it a must for the fashion-conscious gamer. The 7.1 surround really sounds like there are speakers all around you with clear sound and good bass, you are definitely getting what you pay slightly more for. RRP £129.99

Corsair HS70 Wired gaming headset with Bluetooth
Not stunning but very sturdy, the Corsair HS70 has Bluetooth for simultaneous chat and game audio, so you never have to worry about pausing your game whilst taking a work call again! Truly immersive sound in fighting games meant we could almost predict where the next punch was coming from. Cross platform consistency makes this headset good value for money and a detachable mic is always appreciated, so you can wear them on the bus as well. RRP £99.99

Creative SXFI AIR GAMER wireless headset
The Creative SXFI AIR GAMER looks and feels like a true next gen headset, especially if you take the time to set yourself up a custom profile using the Super-Fi app. The clarity of the sounds during a Destiny game almost makes you feel like you’re cheating. The headset is able to distinguish human speech from background noise, which means even when the action gets most intense your team-mates won’t miss a call to arms. Build quality is excellent and reflected in the price, and USB-C support is the icing on the cake. RRP £129.99

SteelSeries ARCTIS 1 All-Platform wired headset
The SteelSeries Arctis 1 is a great, versatile headset with a good boom microphone – although it’s not as comfy as you might like. It may feel a little insubstantial out the box, and aren’t customisable, but they perform well cross-platform. They’re also very lightweight, with audio and microphone support on pretty much all gaming platforms. RRP £49.99

Razer Kaira Xbox headset
Super comfy and a must if you’ve just bought one of the new next gen Xbox consoles. Custom-built for the Xbox, it’s easy to sync with Xbox Series X and has a truly amazing battery life. They’re not so great when listening to music or movies though, so they’re a bit of a one trick pony. RRP £99.99

Roccat Vulcan TKL Pro keyboard
Tenkeyless keyboards (that don’t have a number pad) are all the rage at the moment, as manufactures have only just worked out that you don’t need a keypad when gaming unless you’re a part time accountant. Gamers still want tactile keyboards, just smaller in size and with faster keys. TKL keyboards feel lighter and you can actually feel the responsiveness in this; the new optical switch keystrokes are fast and smooth even during the most hectic games. Setting up gaming profiles and macros with the Roccat Swarm app can be fiddly but it’s worth the effort. RRP £149.99

Razer BlackWidow V3 mechanical keyboard
The legendary Razer BlackWidow V3 is another mechanical keyboard you’ll want to take everywhere with you and now it’s lightweight enough that you can. Giving Logitech designers a run for their money, this keyboard is also now available in Quartz (pink). Opt for green (bump) or yellow (no bump) switches depending on how much you want to feel your keystrokes during gameplay. RRP £139.99

Razer Huntsman Elite analogue gaming keyboard
In a year when gaming keyboards have all started to shrink, Razer’s top of the range analogue keyboard is still a beast and sports the latest and most advanced analogue switches. This means you can adjust the actuation points for every key, setting specific keys to need a firmer press if you need it. Perfect for racing games, Razer optical switches work like a super sensitive accelerator pedal in a Formula 1 car. This keyboard may have a Bugatti price point but its performance delivers. RRP £249.99

Roccat Burst Pro wired gaming mouse
The Roccat Burst Pro is great, with its translucent honeycomb shell, which keeps it light as a feather. Lightweight mice like this are are super sensitive and perfect for precision aiming in shooters. The Burst Pro has a great symmetrical, ergonomic shape and a PhantomFlex cable that’s never going to get tangled, no matter what you do. RRP £49.99

Logitech G305 wireless gaming mouse
The Logitech G305 is another great mouse for first person shooters because of its small stature and great battery life. It has an impressively low click latency for a wireless mouse and was comfortable even in long gaming sessions. All of its six buttons are programmable, and its sensor performance is excellent, making it a good starter wireless mouse. RRP £51.99

Endgame Gear XM1 RGB wired gaming mouse
The Endgame Gear XM1 is a great gaming mouse as it’s very light and you can feel a suitable click from its unique switches. It also looks great, with 14 programable RGB LEDs changing colour and brightness. It feels extremely well built and it also has an impressively light and flexible cable. RRP £59.99

Razer Viper 8K wired gaming mouse
The Razer Viper 8KHz is excellent for first person shooters, with its super-fast aiming. It’s surprisingly light for a mouse without the aid of a honeycomb design and it looks sleek and feels well built. Its ambidextrous body has a low profile that’s great for a fingertip grip. RRP £79.99

Corsair Sabre PRO CHAMPION wired optical gaming mouse
Consider yourself a professional gamer? Well Corsairs Sabre might help you achieve gaming greatness with a 18,000 DPI super sensitive sensor. That’s definitely overkill for most of us, but wannabe pros will appreciate the ramped up specs that make this mouse excellent for competitive play. You also get a comfortable, responsive mouse that gives you great bang for your buck and is easily one of the best wired gaming mice we’ve ever used. RRP £49.99