You are here:
Home / How To Gain Awards And Renown In Fire Emblem Warriors: Three Hopes

How To Gain Awards And Renown In Fire Emblem Warriors: Three Hopes

Most mercenaries in the Fire Emblem franchise are too concerned with where their next meal is coming from to care for such intangible commodities as awards and renown. The only good thing to come from such matters is that recognition leads to further contracts, a sentiment that protagonist Shez shares early on in Fire Emblem Warriors: Three Hopes.

Shez, of course, is a video game character. They're blissfully unaware of just how tangible awards and renown truly are in Three Hopes, because it's the players who grab all those lovely stat-boosting items and special materials, maximizing their army's strength while the game's dialogue treats it all with far less mechanical crunch.

This has all been a roundabout way of saying that grinding for awards and renown in Fire Emblem Warriors: Three Hopes will lead you to many fine treasures and powerful pieces. Our guide will go over what each of these words actually mean within the context of Three Hopes, as well as good practices for stockpiling them both.

Three Hopes Awards and How to Get Them 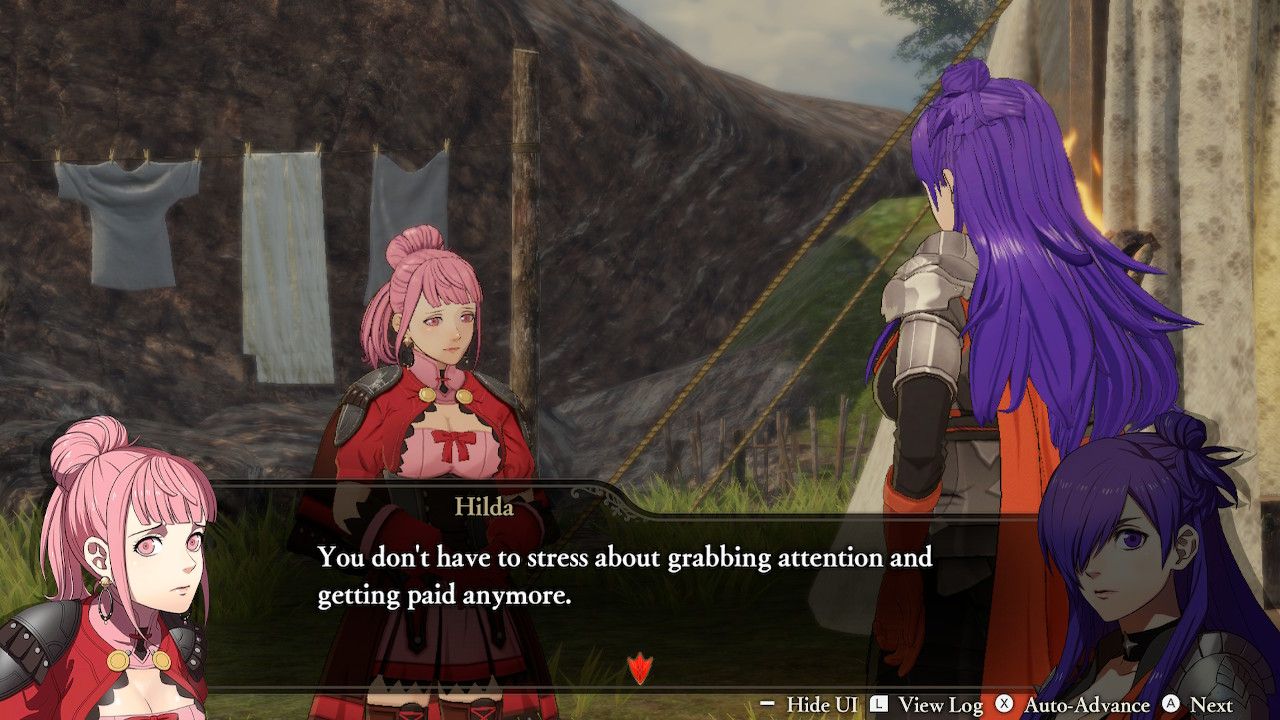 At the center of your war camp, near the Strategist, Record Keeper, and Facility Master, there stands a woman who will dole out sweet rewards to you on a routine basis. Every tenth award you earn from Three Hopes translates to one hot new treasure to fetch.

Early gains are nothing to write home about. Your first gift is an Intermediate Seal, something you'll be swimming in from the beginning. But stat-boosting items, large bullions, rare resources, all-powerful battalions, and more await your continued accomplishments.

How do you actually earn awards in Fire Emblem Warriors: Three Hopes, though? It's not hard. Unless it is. You earn awards from just about everything you can conceivably do in the game. Many of these activities also involve set intervals, so you'll earn consecutive awards over the time for the same actions.

We cannot overemphasize just how easy it is to earn awards. Winning battles, offering presents, repairing weapons, improving facilities, gaining support ranks, acquiring lots of gold — if you can think of it, there's a fair chance something will pop up on your screen at some point informing you that you've done it enough times to deserve a treat for your endeavors.

Simply put, just play Fire Emblem Warriors: Three Hopes as you normally would and swing by to see the reward NPC every time the game notifies you that a new one is available.

Related:Fire Emblem Heroes: How To Get Hero Feathers

Three Hopes Renown and How to Gain It 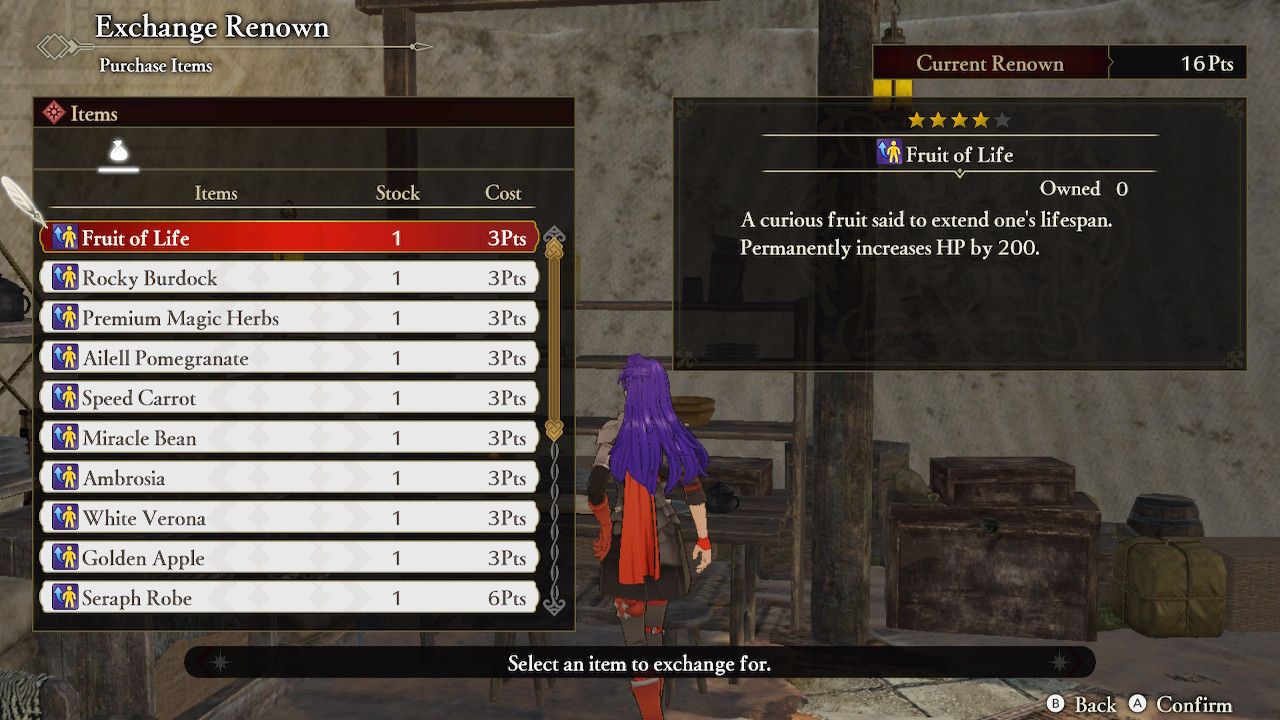 Renown, on the other hand, is not so universally rewarded. It might seem like Three Hopes wishes to acknowledge your deeds through the awards system every time Shez so much as sneezes, but renown is harder to come by.

A primary source of renown can be found at your war camp on a regular basis. Spending your chapterly allotment of Activity Points helping the Chore Master will earn you small amounts of renown every time. (It's also a great way to build support bonds.) The available list of chores doesn't influence how much renown is gained per session; rather, the friendliness between your chosen units will enhance the outcome leading to an increase in renown.

Renown can also be earned through certain deeds on the war map, like investigating strange caves and liberating besieged citizens. Most of this plays out in dialogue format, though you can safely expect some events to transform into genuine warfare.

Although renown is somewhat harder to come by, you have direct control over how to spend it. Visiting your personal quarters and interacting with Shez's desk will open up their journal, at which point you can purchase exclusive rewards, depending on the point in the game you're in and whether it's your first playthrough or something subsequent.

Early on, definitely focus on those stat hike concoctions to empower your units well beyond their peers. In fact, you won't have much choice on the matter, since that's pretty much exclusively what will be sold to you.

However, and considering how superb they all are, this is a sizable however: there are three secret characters who can only be unlocked on New Game Plus: Sothis, Rhea, and Arvel. They each cost a premium 60 Renown, but surely that's chump change next to the chance to expand your roster with highly specialized, mystical fan favorites. Do note that, due to the potentially gargantuan narrative that Three Hopes supplies, changes in your roster won't necessarily be reflected.

If there are further ways to spend renown, we have yet to find them. But we'll continue digging into Fire Emblem Warriors: Three Hopes for possibilities, updating our guide should the need arise.