You are here:
Home / How To Beat Every Boss On Kasane’s Route In Scarlet Nexus

The brilliance of Scarlet Nexus stems in large part from the game's ability to keep players invested in two separate story paths each featuring its own protagonist. Even more so than older JRPGs such as Tales of Xillia, Scarlet Nexus manages to segment the plot between hero and heroine, Yuito and Kasane. Fans have argued over which of the two paths is harder, as their key divergences prompt several wholly unique encounters.

Regardless of where you fall on that heated topic, it's difficult to deny a few handy tips for every major foe who stands in Kasane's path. Scarlet Nexus' leading gal has some tough ones ahead of her, and more than once the game swerves something challenging enough to warrant the usage of guides. Guides like ours, in fact. So keep our tips in mind as you save the world one urban mystery at a time.

Strategies for Every Boss on Kasane's Route 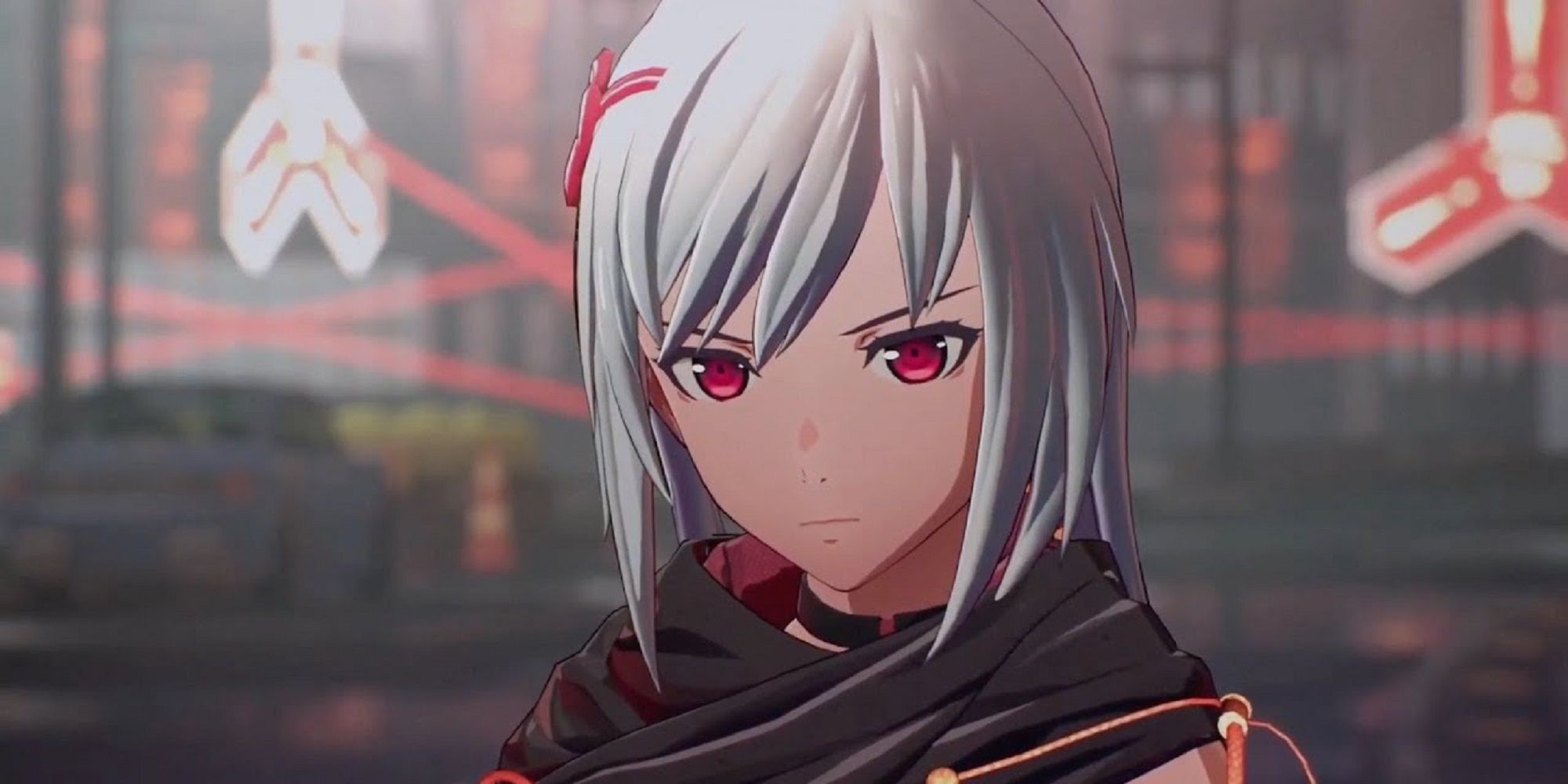 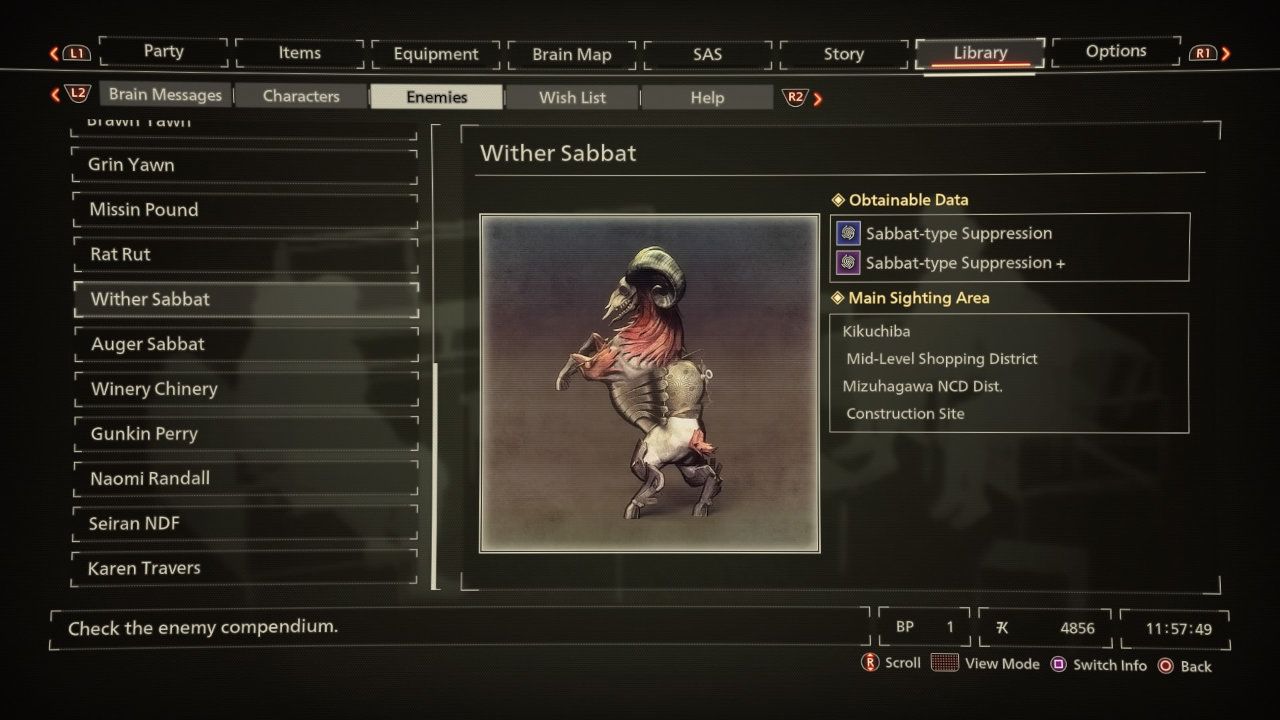 Kasane shares her first boss fight with Yuito, as befits the standardized and all-purpose start to Scarlet Nexus. In fact, you'll fight alongside the game's co-protagonist in this bout, making things easier and relieving you of some rigors of the game's latter conflicts.

By this point, you will have encountered and dealt with a debuff or two. Dispen Perry's favorite debuff is Wet, which slows the target's movement speed. In a game like Scarlet Nexus, that's pretty irritating.

The beam that Brawn Yawn fires is no joke. It's probably at least a little more powerful than one might expect so early into the game, so do your best to get out of Dodge, as the saying goes, with well-timed dodges whenever it's en route. 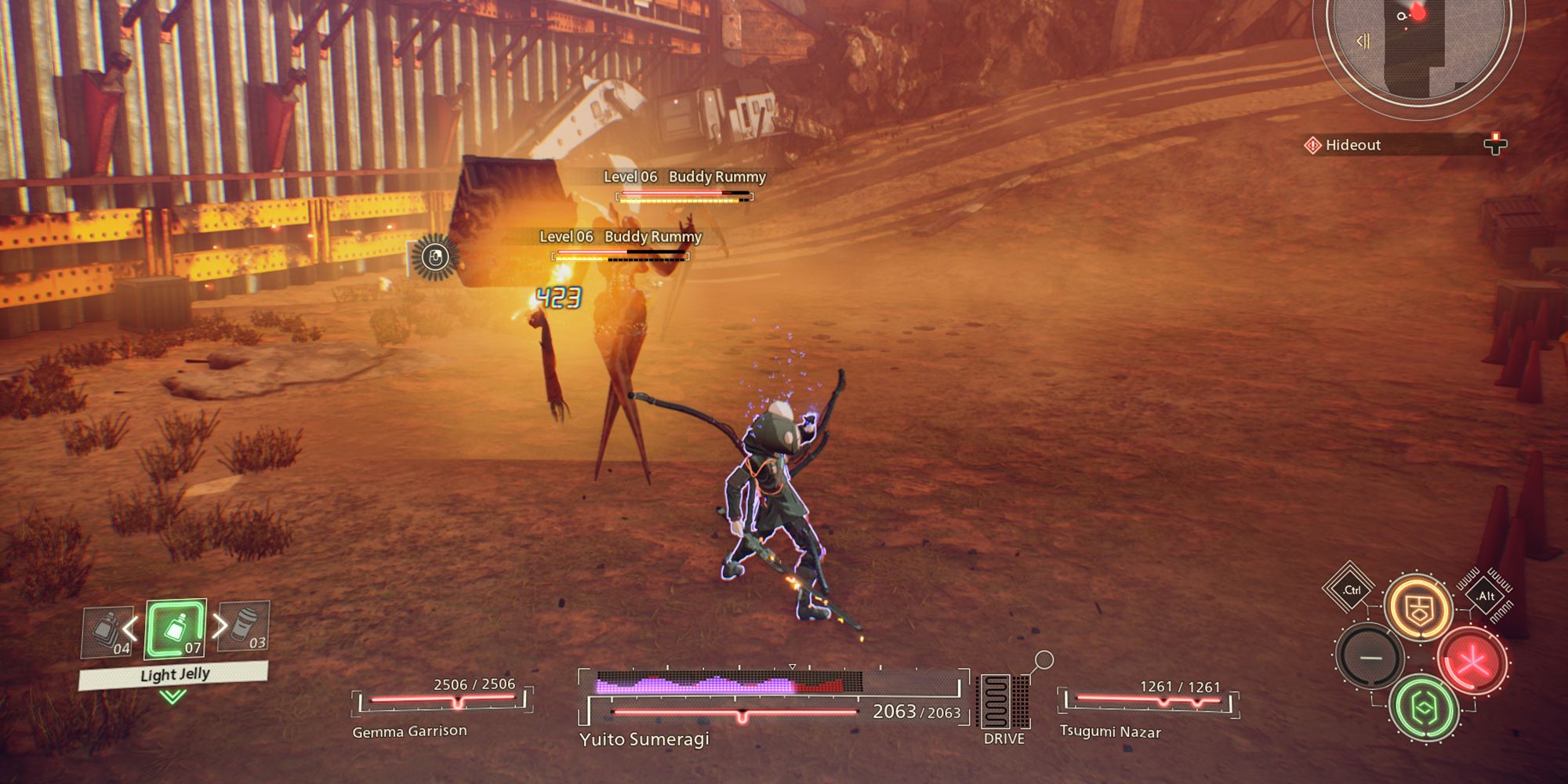 It's time for Kasane to go all-out against a fellow humanoid. A humanoid with a propensity to deliver relentless sword strikes, at that. 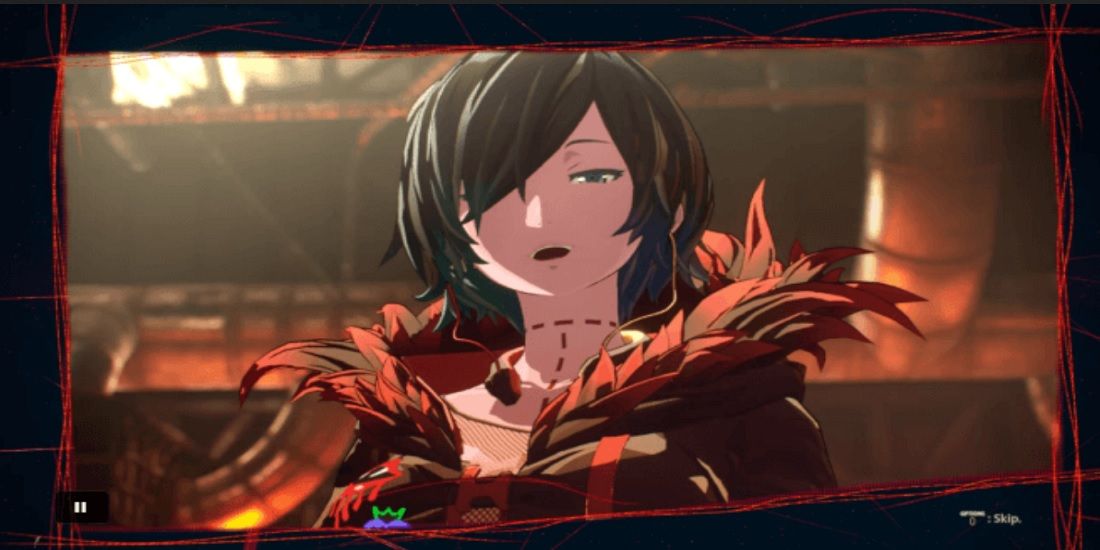 Like Yuito, Kodama's got a real thing for slashing her sword around. These attacks have high priority, so don't try to tango with them. Stay out of their way whenever possible.

The nice thing about Shiden is that his flashy baton antics make evasion a (relative) piece of cake. Sure, he'll try to close the gap with Kasane, but so long as you're light enough on your feet, he'll never get you. 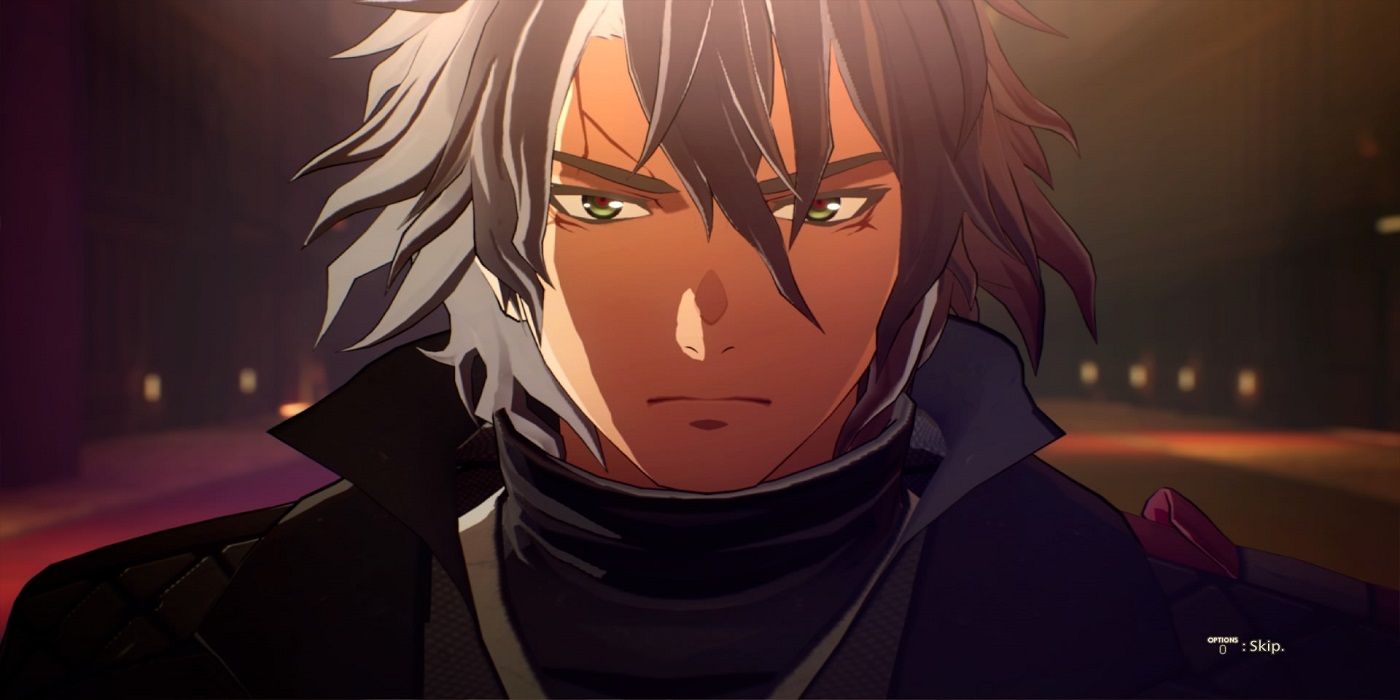 Veteran JRPG fans will know that there are some fights you're just not supposed to win. Think of Karen in this fashion and save yourself some hassle. For drama's sake, you can pummel away as best you can, but as soon as he unleashes his Brain Field, the fight concludes regardless.

With Yuito by her side, Kasane's odds are improved considerably. Rather than Winery Chinery itself, your best bet is to focus on Yuito instead. You'll still want to avoid the boss' attacks, but here's what we mean. 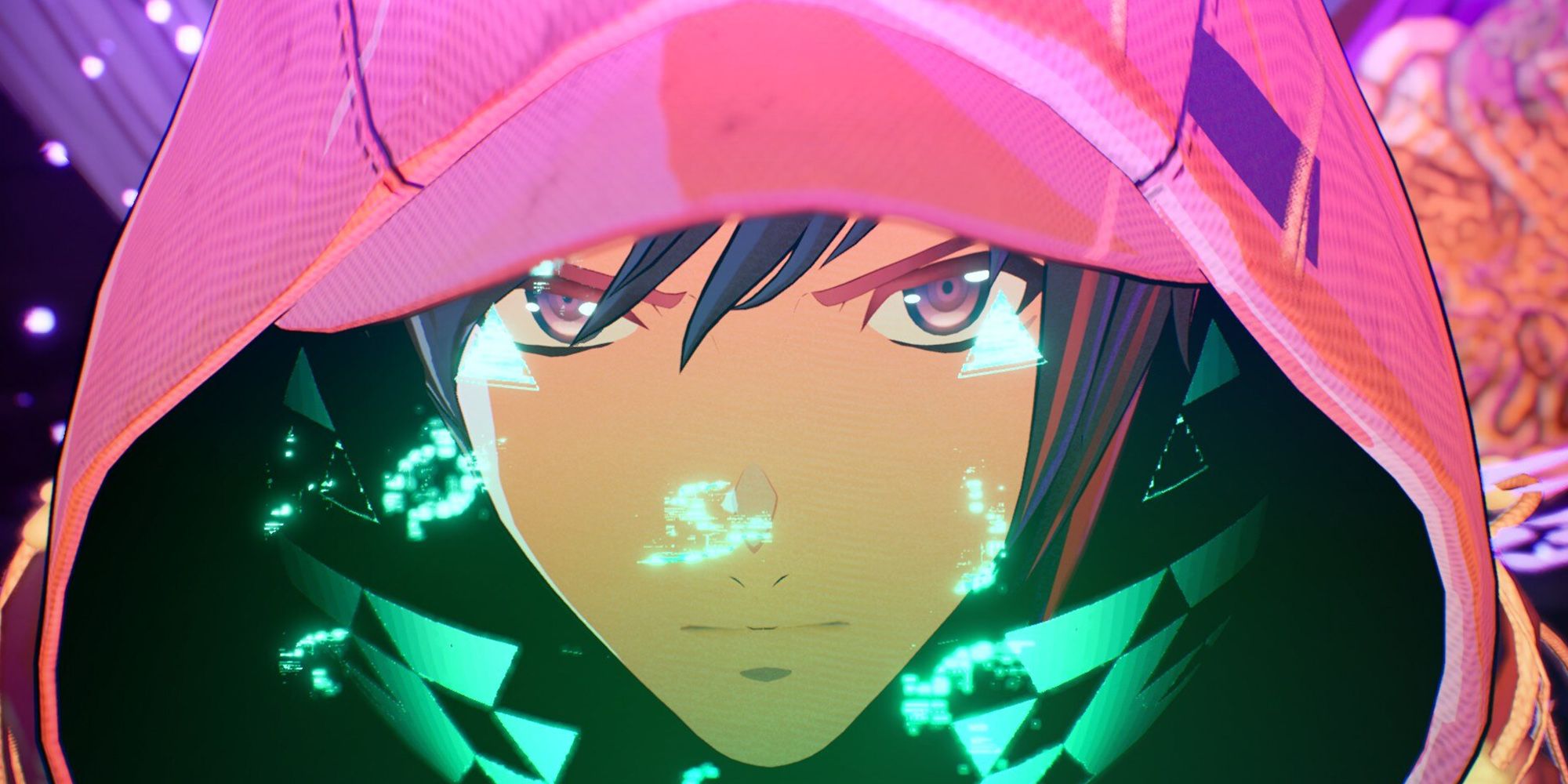 It's a rematch against Yuito, and this time, it's a battle of attrition. You win by keeping Kasane alive until a certain point, upon which the story kicks in, and the plot treats things as something of a draw. The main thing to bear in mind now is that Yuito's sword flurry will last longer, so you'll want to stay way that much longer by proxy. In fact, perhaps it's best to just keep your distance the entire time until the cutscene triggers. 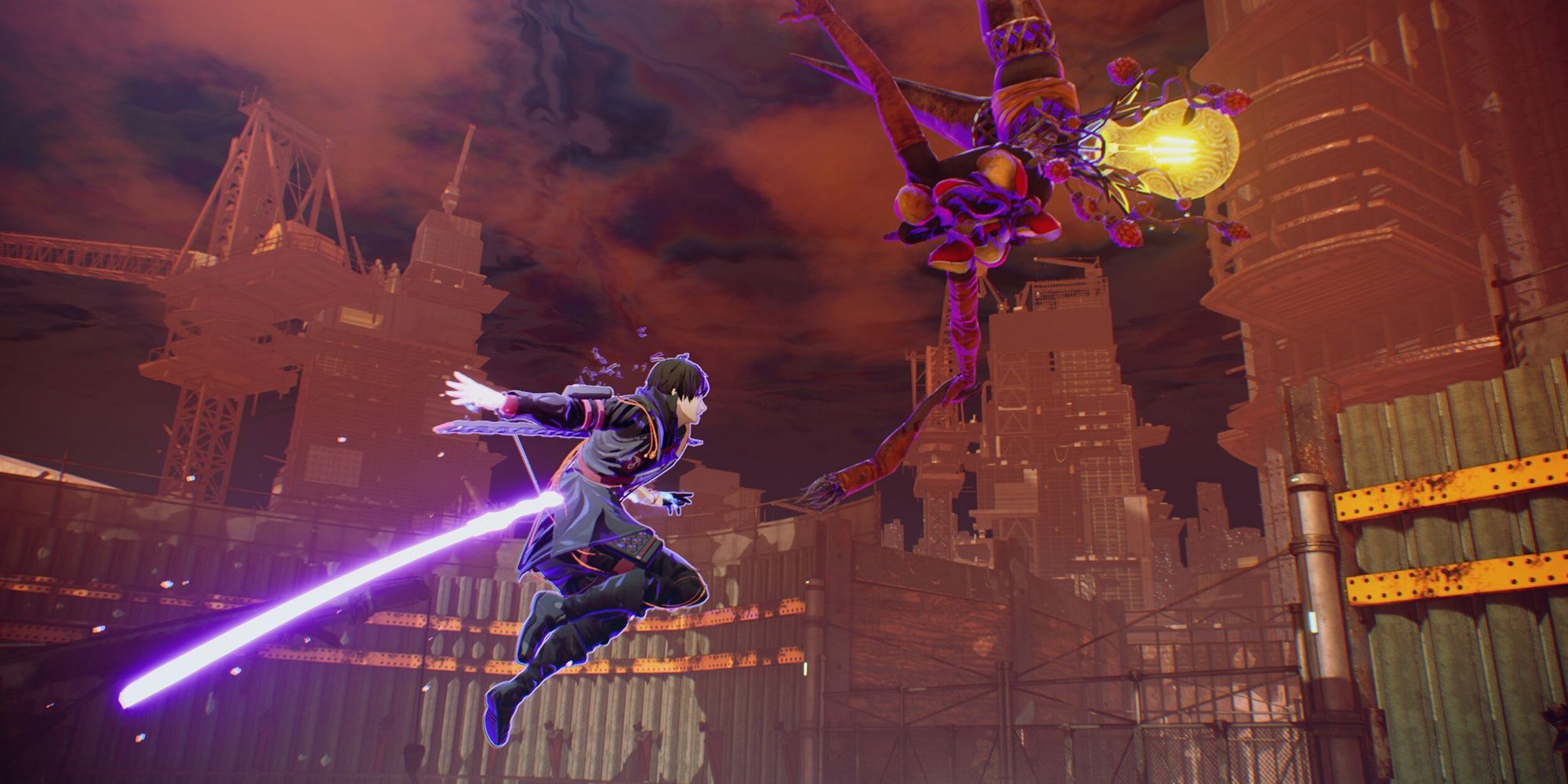 Things are on the rebound now, which is awfully fitting considering our best advice is to make sure Kasane knows the Rebound ability. Let's talk about why.

Scarlet Nexus sure does love its silly names, doesn't it? But don't take Rotunda Pagoda too lightly. Whenever this giant boss opens itself up, Kasane can get stunned as well as soak up a ton of damage if she's too close.

Yuito with Tsugumi and Luka 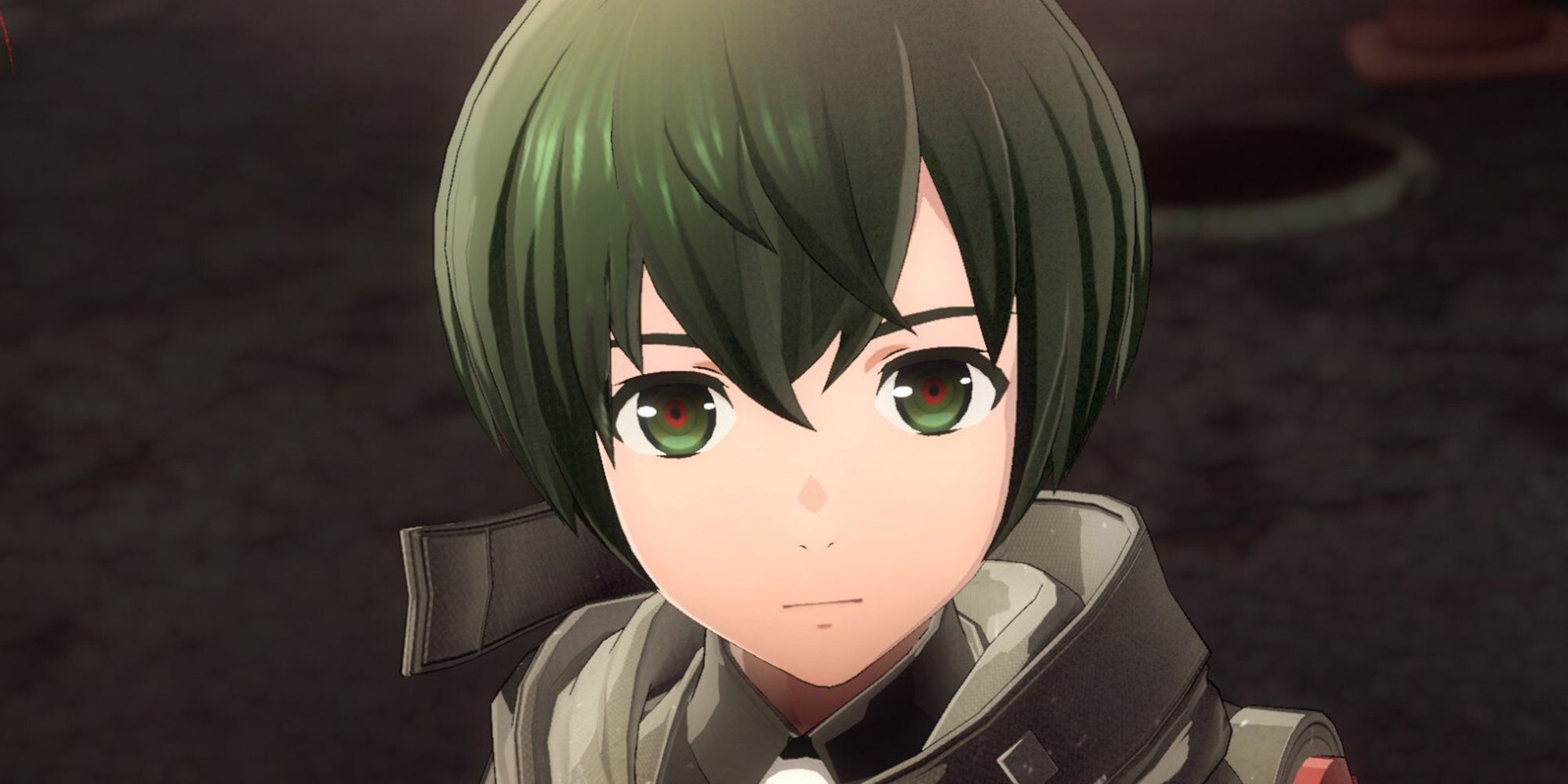 This guy just can't seem to take a hint, can he? It's almost like Yuito is possessed of a protagonist's grit.

Getting toppled is no fun, so keep your distance from Kodama's wide-range slash combos.

Yuito with Gemma and Hanabi 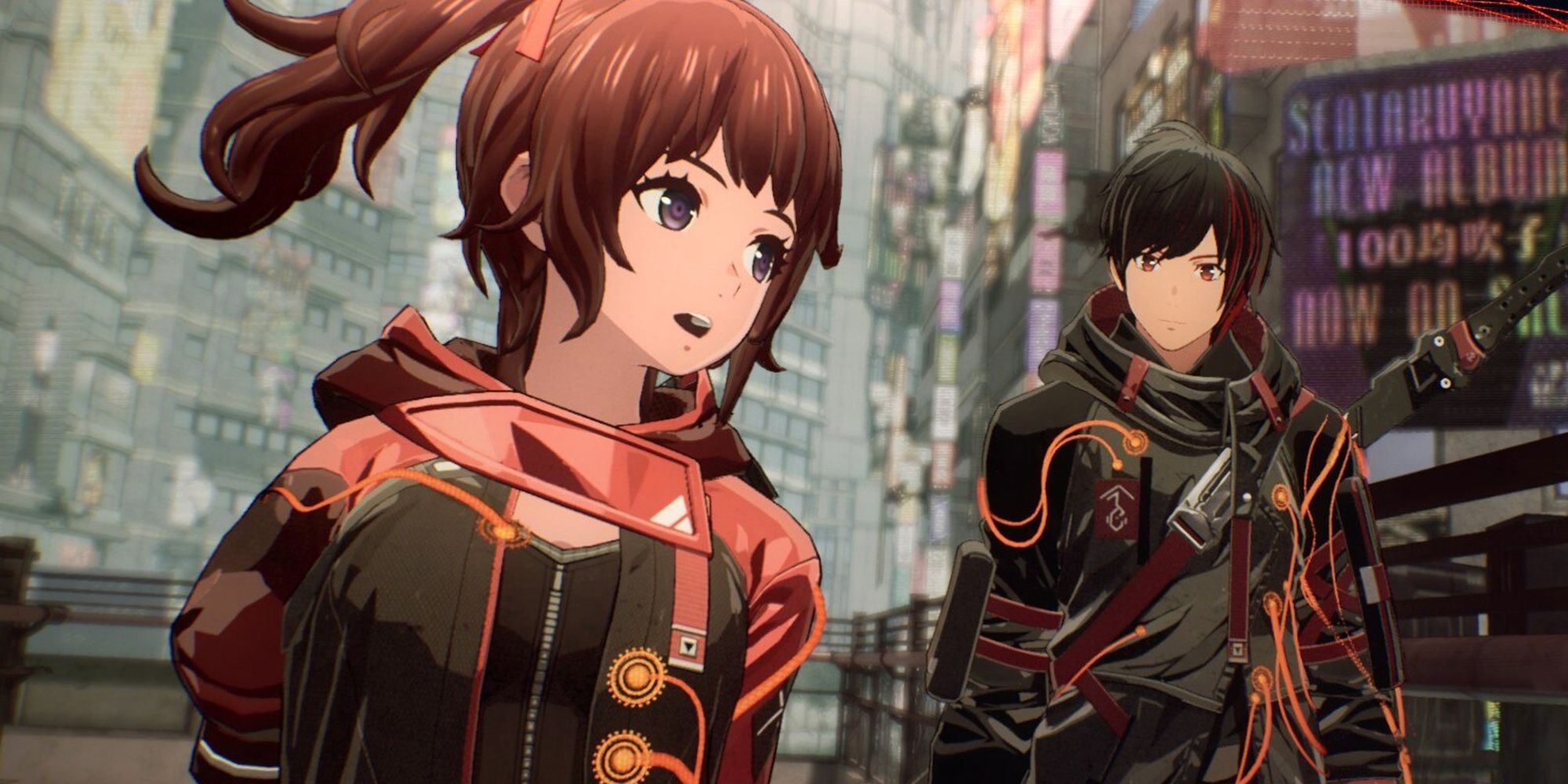 By now, you must be thinking, "Yuito, good grief." And if you've played Yuito's route already, then you'll know the feeling's mutual. As in, you were telling Kasane good grief not so terribly long ago. Anyway, that's just the kind of game Scarlet Nexus is, so let's figure out how to finish things off with the guy once and for all.

Brawny Yawn used to burrow underground and emerge in a predictable pattern. Coil Moil burrows and emerges unpredictably. To counter this, rely on Clairvoyance to tell you where the beast is headed.

Hypervelocity to the rescue once again! Kyoka's crossbow isn't just stylish. Its spread is wide and its range is downright ridiculous. This is coupled with the fact that tapping into Brain Drive grants Kyoka boosts in both regards, turning her into a full-time dodge fight without Hypervelocity. 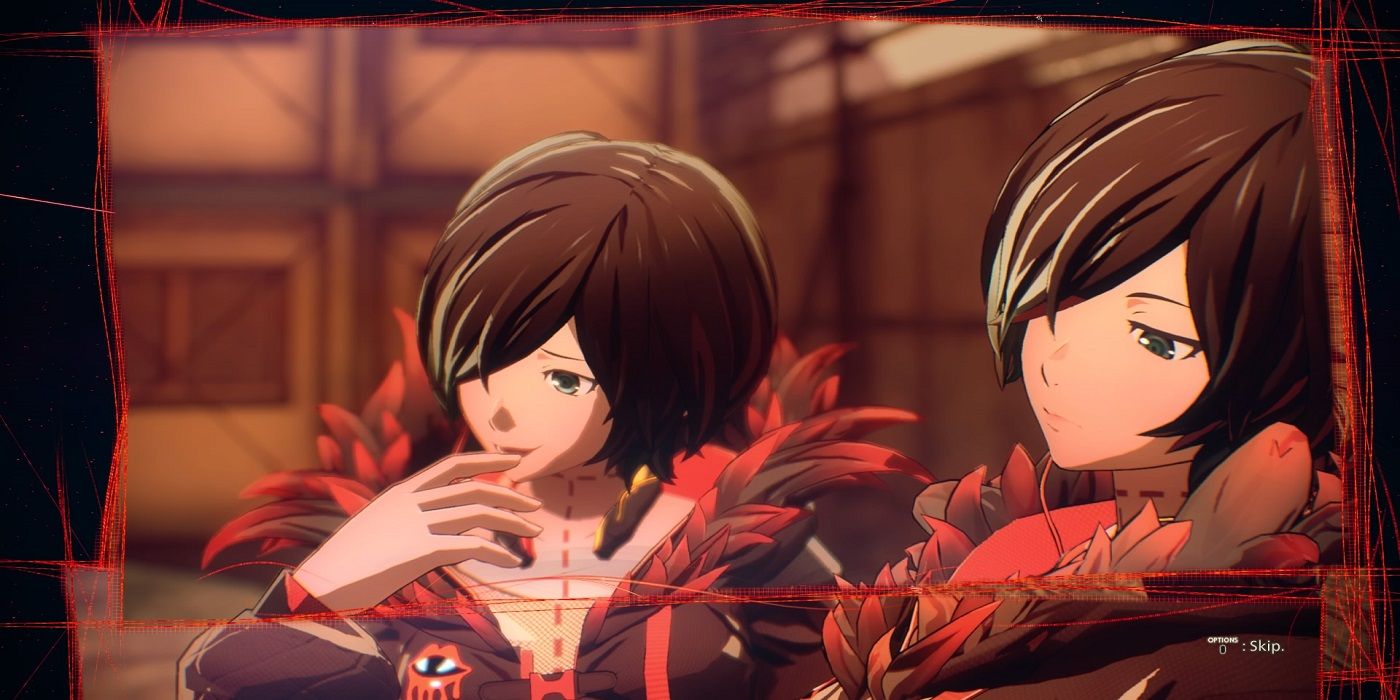 Kodama and Yuta team up for double the trouble on all counts. Bubble Slash inflicts the Confusion debuff, which as we've been over already can really put a damper on your battle strategy while it's active. The pair will also prance across the battlefield with their slash combos, essentially causing a scissor-like attack.

After all Kasane's been through, there's not much Dispen Fisher will do to rattle prepared players.

You're going to want Clairvoyance and Hypervelocity shored up for Dominus. The bug-like boss drills ahead at you with its screw-like forward weaponry, and it does so in a fashion that sometimes even Perfect Dodge won't be enough to deflect. 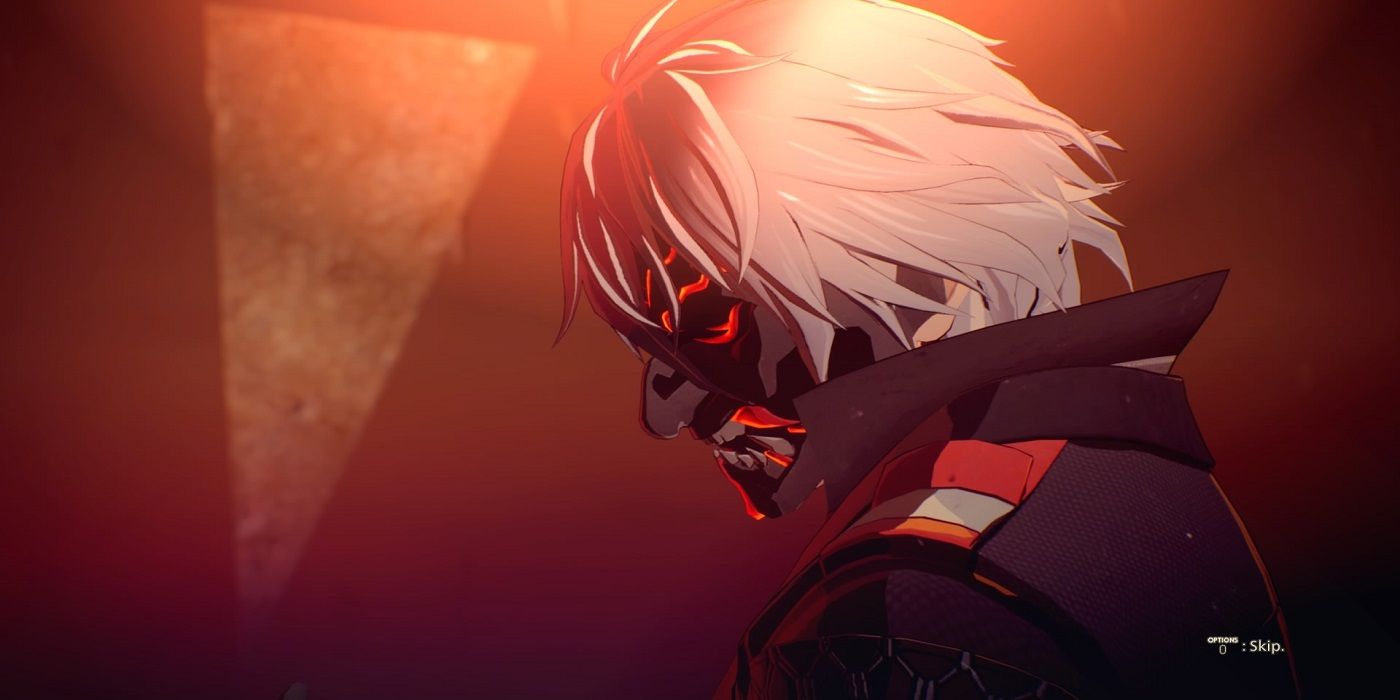 Karen, as befits a final boss, comes in not one but two stages. Your best bet is to tackle these separately, with the following techniques at the ready, respectively: