You are here:
Home / How Nerdle went from Wordle with numbers to a million players in just a month 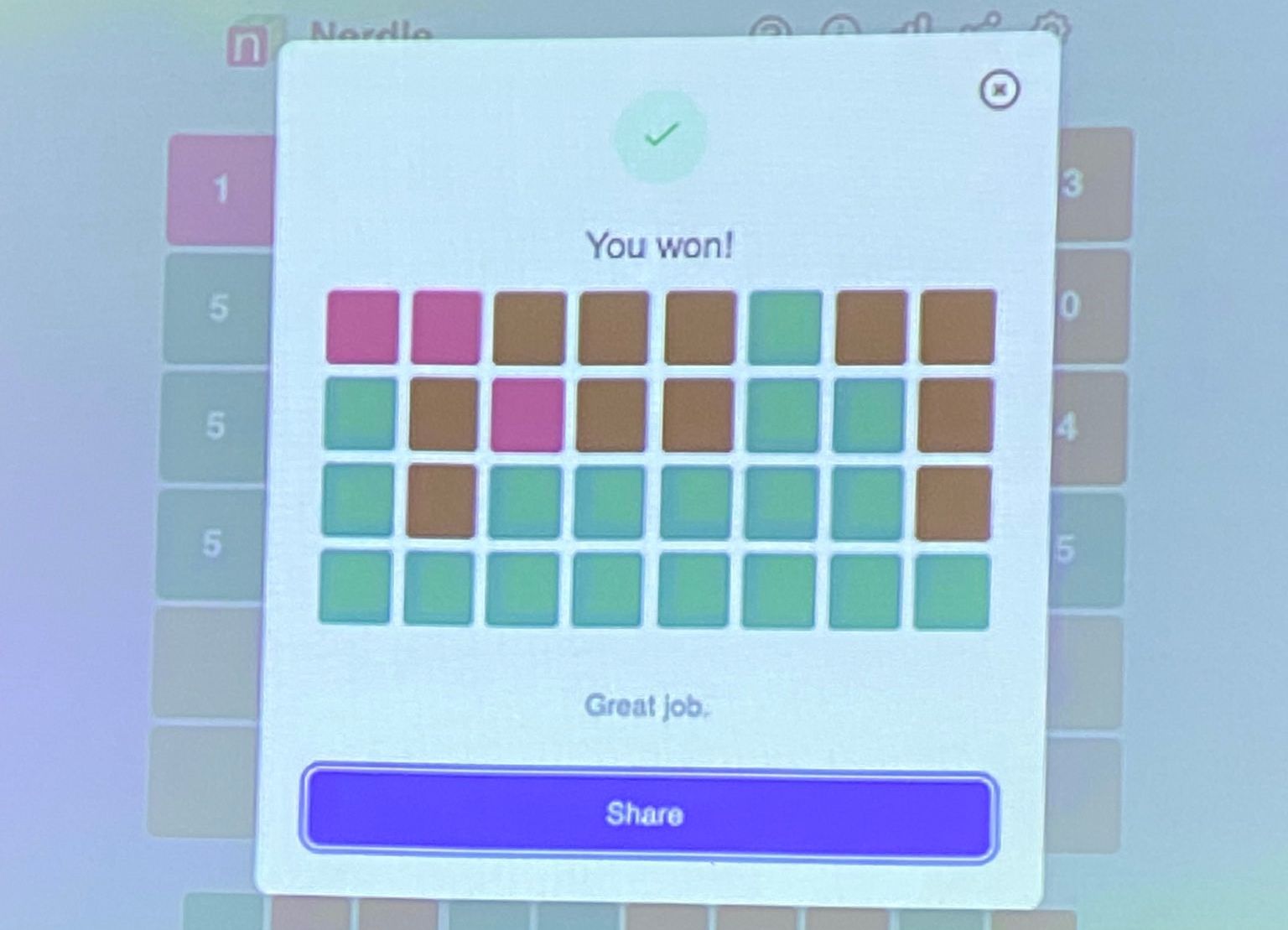 Metro.co.uk talks to the creator of Nerdle and discovers how the entire game was designed and created within just a couple of days.

The second Wordle became a hit the rush was on for the less principled corners of the internet to copy it, especially once it was announced that it was being sold to The New York Times for a seven-figure sum.

Not all of the clones are quite so mercenary though and the best of the Wordle wannabes doesn’t currently make any money at all. Nerdle – which you can play for free here – is essentially Wordle with numbers and even though it’s only been running for a few weeks it’s already got more than a million players in over 210 countries.

That means over a thousand people a minute are playing a game that creator Richard Mann and his two teenage children invented in just a few hours.

‘I was driving my daughter home from a hockey match’, Mann told Metro.co.uk. ‘We’d been Wordling and we were chatting about how there must be an equivalent for people that really enjoy maths. We were stuck in traffic on the North Circular and we came up with this idea that why not do an equation?’

Using a very similar interface to Wordle, the idea in Nerdle is that you have to guess an equation in six tries. There are eight squares and one of them has to be an equals sign, and everything to the right of that has to be just a number – not another equation.

You then have to guess what the equation is by typing in numbers and the symbols for add, subtract, multiply, and divide. Just like Wordle, the game will tell you if you’ve got the right number or symbol and if it’s in the right place. It sounds very difficult, but the puzzles are actually easier than they first seem, even if they’re generally a bit harder than the average Wordle.

‘If you feel like some self-punishment, Sunday’s one was horrible’, admits Mann. (Unlike Wordle you can go back and play any previous Nerdle puzzle you’ve missed, as explained by the FAQ.) ‘I did it at midnight and I thought, ‘Oh dear, I think this is gonna be too hard for everybody’ but actually everybody loved it, which is amazing.’

‘I think it’s just that everyone secretly likes doing maths and they never tell anyone that they do’.

Once Mann got out of his traffic jam, he then recruited his elder son, who is also a maths fan, to work out how many possible valid answers there are with eight digits. The answer turned out to be 17,723 – which means that Nerdle can last for 49 years if, like Wordle, only one new puzzle is released every day.

‘It’s all right having an idea, but I then needed someone to actually turn it into something real’, says Mann. ‘So I told a friend of mine, who I’ve known since I was less than one, and within a day he built it and that turned it from a piece of paper and an idea into something that people could play.’

The secret of Wordle’s appeal is that you can share your results with other people on social media, an option it didn’t have at the start but which Nerdle has had from day one. Nerdle is also only one puzzle a day, to avoid addiction, although Mann has also created a mini version with less digits – even if he admits ‘it isn’t always easier’.

Given Nerdle’s early success the thought of being bought out has naturally occurred to Mann, but as the CEO of a technology start-up he’s already committed to giving at least half the money he makes from any such deal to charity. Although at the moment Nerdle isn’t monetised at all, so nobody’s making a profit from it.

‘Schools have been in touch with us and it’s been really lovely to see teachers send us photographs of their schools playing Nerdle’, says Mann. ‘These kinds of games, they just make maths a little bit less scary. And when people roll up their sleeves, they’re genuinely surprised that they can solve some of these puzzles. And I think that’s what teachers are finding in the schools.’

‘So we’ve had schools asking for easier versions, for younger kids, and we’ve had the more ambitious players asking for difficult versions, and we’ve got some ideas in the pipeline for that’, he adds. This was only intended to be a hobby, but if we can do something positive with it that would be great.’

At the moment Nerdle is completely free to play but Mann isn’t sure how things will pan out in the long-term.

‘We are looking at ideas about asking people if they’re happy to receive ads or make donations, and if we can do something where some of that money goes towards some initiatives that would support numeracy in countries where people don’t have the privilege of education that we all do, then that would be a good thing to do.’

‘We have no business plan’, admits Mann. ‘We don’t really know where it’s going. So we’ll trying to ride the wave, have a bit of fun, and see if we can do some good on the way.’