You are here:
Home / How I cleared my video game backlog in 2021 – Reader’s Feature 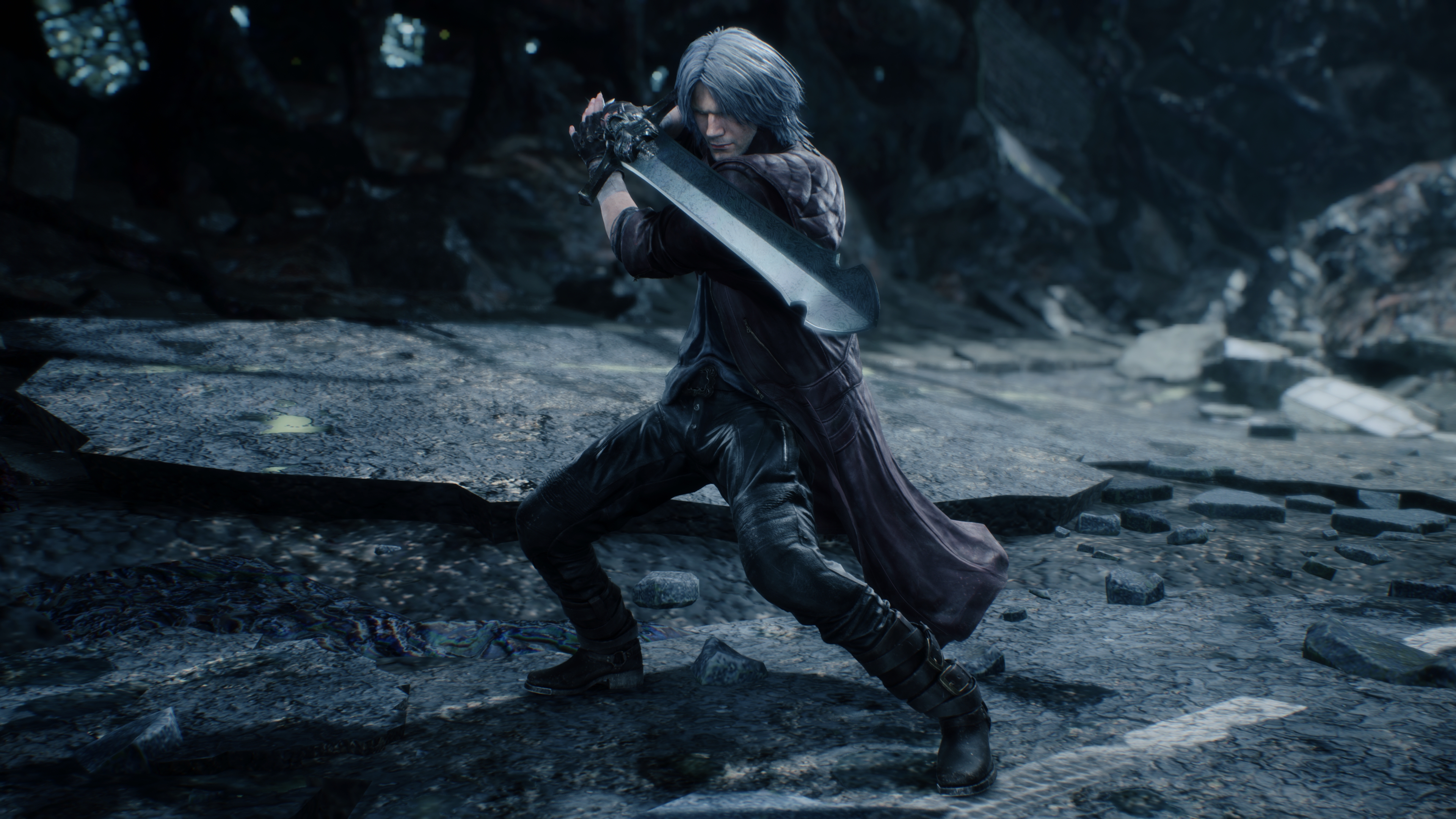 Last Year I set myself a challenge of completing a game or DLC a month, after barely finishing any games in 2019. This year I have continued this challenge. Here’s how I’ve gone on so far. The game doesn’t have to be 100% completed, just until the closing credits or end of the main quest.

I started off slow by completing DiRT 5 on PlayStation 5. Well, the career mode at least. Nothing else this particular month. DiRT 5 looks great, especially the dynamic weather system which is impressive and can alter the course of the race. However, whilst at first it seems the races and tracks are varied it soon becomes quite repetitive. It’s not a bad game though and considering arcade style racers are not that common it’s worth a punt if they are your thing. I’m sure it’s fairly cheap these days.

Busy month this one. The first game I finished, or at least until after the main boss fight, was Bowser’s Fury. I really enjoyed the game and exploring all the connecting islands that form the game’s map. I also enjoyed giant-sized Mario taking on big Bowser….at first. In the end this mechanism started to ruin the fun. My aim was to collect all the further shrines but even though I achieved the first ending, Bowser keeps coming back. Now I know that’s the point but whilst it might happen every 10 minutes before, it is now almost a constant occurrence, to the point that obtaining any further shrines is virtually impossible.

After I moved onto Super Mario 3D World. Having never played the Wii U version it was a new experience for myself. Even though it probably wasn’t quite on the same level as Super Mario Odyssey or Super Mario Galaxy it was still a worthy Mario game and one I might visit again at some point.

The next game I finished was Control. I had actually played a little before on either Game Pass or PlayStation Now, I’m not sure which. The game was free on PS Plus, which was great, as not only was it the Ultimate Edition but also the PlayStation 5 version. The ray-tracing looked incredible. Gameplay-wise it was a lot of fun. The telekinetic abilities the main character has access to, such as being able to launch items and debris at enemies or as a shield, really made combat engaging. It’s also worth checking out some of the side quests, as some abilities can only be accessed this way. Also, whilst not a horror game, it did feel at times slightly unnerving with the paranormal aspects and the way it builds tension.

My only slight issue with the game is that I feel the ending had pacing problems. If I recall correctly there is a large-scale battle with multiple enemies followed almost immediately by another. Personally, I think just one would have been sufficient. I do recall feeling deflated having taken a number of attempts to do one and then having to do it all over again.

Overall though a great game, I shall make time to complete the DLC at some point.

This month I finished God Of War and The Legend Of Zelda: Link’s Awakening.

I’d never played Link’s Awakening to completion before. I enjoyed the dungeons and puzzle solving elements, as well as all the gadgets at Link’s disposal such as the grappling hook. Discovering previously inaccessible areas after finding a new item felt rewarding. The game also looks great and is a perfect example of how to update a classic and stay true to the original.

However, I also found the constant backtracking and having to go back and forth across the map did become grating. Sometimes I felt all I did was walk back and forth all the time without achieving anything.

God Of War on the other hand was a game I had played before. The game still looks incredible and combat is a lot of fun. However, I do think the game is a bit too long. I didn’t seek to notice on my first playthrough but this time around it did seem to drag a bit at the end, and I did have to take a bit of a break for a week or so after a mini-boss fight made me frustrated. This time around though I did dip into some of the side quests, which I might go back to sometime nearer the release of the upcoming sequel.

A bit of a quieter month this. I finished Super Mario Odyssey and a season on FIFA 21.

After playing through Super Mario 3D World and Bowsers Fury not long ago I was inspired to replay Odyssey.

It’s still a great game but I found it less so this time around. Part of the charm and magic of the game is wondering what level will be next or what happens if you use Cappy to inhabit a certain object or enemy. I feel then that knowing what will happen next lessens the experience somewhat. That being said, I still had a lot of fun and hope it isn’t long before we get another Mario 3D game, whether a direct sequel to Super Mario Odyssey or something else entirely.

FIFA 21 wouldn’t have been a game I got this year had it not been for the new consoles. However, there’s barely any noticeable differences from the last generation versions. It used to be one of the highlights of the year for me but now I’m less interested. Partly this is because I’ve widened my horizons and play more varied games but partly because it needs to freshen things up, especially for players like myself that focus on career mode. I’ll probably wait for a price drop in the new year, for the next instalment, or perhaps see what PES is like instead.

Another successful month this one, finishing Sackboy: A Big Adventure, Resident Evil 7, and Shadow Of The Colossus.

Sackboy might not be as good a 3D platformer as Mario but it was still a lot of fun and well worth a go. The main quest of the game was challenging enough not to feel too easy, without being frustrating. Some of the side content, such as the time challenges are more difficult, however, and I might go back to this at some point.

I was less enthused with Shadow Of The Colossus. The game looked great in terms of its unique style and the premise of the game. However, I found the execution less impressive. The moments between the Colossus battles felt tedious. I felt in general, controlling the main character was tricky but getting the horse to move which way you wanted at times felt like a near impossible task. I know I’m probably in the minority but can’t understand why there are so many complaints aimed towards the controls in The Last Guardian yet I hear little in regards to, in my mind, the far more awkward controls of Shadow Of The Colossus. Personally, of the two games I much preferred The Last Guardian.

Having said all that I love the bird colossus (Avion, I believe). That was a standout moment and did feel truly epic. Along with this and the climbing sections in The Last Guardian it does seem that Team Ico are masters at giving the player a real sense of scale. Other games have the player scale great heights, but I don’t think many capture quite how it feels to be in the shoes of the character you control.

Resident Evil 7 was the last game I finished this month. I’ve tried the game a few times but being a massive chicken I never got past the first hour or so. I really would like to try Resident Evil Village though, so decided I couldn’t really justify spending money on it until I faced my fears and played its predecessor. I actually really enjoyed it. It does lose its way somewhat towards the later stages but overall the game is really good, so much so that I bought the DLC after finishing.

Even though the first part of the game is kinda scary, and the whole experience feels tense at times, the out and out scares seem to stop after leaving the main house. I might have to try replaying the game in VR now I know what to expect.

Last month I completed Devil May Cry 5. I’ll be damned if I know what the story was about, it didn’t make a jot of sense to me, but I did enjoy how wonderfully cheesy it was. I fully agree with yourselves, that by far my favourite character was V. He was the first character I was able to achieve a SSS rating with. By the end though I managed this with all the other characters.

As someone who tends to play games in short bursts of one or two hours Devil May Cry 5 was perfect, as each chapter tended to be between 30 mins to an hour. So usually I could play two or three chapters a night before going to bed. The only slight issue I have is that towards the beginning of the game the environments seem more interesting and varied.

Red Grave City is clearly inspired by landmarks in London and for me these areas make for a more inspiring backdrop than some of the more generic demon infested ‘underworld’ settings of the later stages.

Overall though a great game, I might have to give it a whirl on a higher difficulty setting or play as Vergil.

Horizon Zero Dawn is a game I was inspired to try after the latest trailer for its sequel dropped. Also, being free didn’t hurt either. I’m about halfway through and should finish it soonish. I’ve also started playing Tearaway Unfolded and am about a quarter through.

Red Dead Redemption 2 is a game I picked up for cheap. I got as far as Chapter 3 but haven’t played it since March or April. I’ve tried the game a few times. I enjoy the game to start but soon find the repetitive nature of the quests, coupled with the constant travelling on horseback, becomes a bit grating. I said to myself I’d finish the game this time, but I’m not convinced I will. I might dip in and out of it.

Godfall is the only game I’ve actively given up on. Frankly, I thought it was a knockoff God Of War. It has similar combat but with less nuance. The characters and enemies are also devoid of any personality and are completely forgettable. The narrative feels like it was scribbled hastily on a napkin at the last minute.

I’ve also bought Astral Chain, Oxenfree, and Ori And The Will Of The Wisps for my Switch but haven’t played enough yet to comment, as I’m saving these for my upcoming holiday.