You are here:
Home / House Of The Dragon Thrives By Narrowing The Scope Of High Fantasy

I’ve watched the entirety of House of the Dragon over the course of a week. I don’t binge watch, so this has surprised nobody more than me. I was trying to work out exactly what made House of the Dragon so compelling and stumbled across a surprising answer. The scope of the show is significantly narrower than most fantasy series, and having fewer characters elevates it further.

What do I mean by scope? Take Game of Thrones for instance. We followed groups of main characters from no fewer than seven houses of Westeros – even more in later seasons. Those characters split up, creating threads of storylines to weave the web of the tale that the show was telling. It worked initially, but pulling all of those threads together to weave the final tapestry was a step too far, and we as a society have collectively forgotten the final series, with good reason.

The Rings of Power attempts a similar task, telling the stories of five different races – six if you count the Orcs. While that’s not as complicated a task as Game of Thrones attempted, compare it to House of the Dragon’s three main houses. That’s a generous three, if we’re counting the Velaryons. However, all three houses in House of the Dragon are a part of one story. Not one disparate story that will come together in five seasons’ time, one story where they all interact with one another regularly and vie for the Iron Throne for the entire ten episode run. 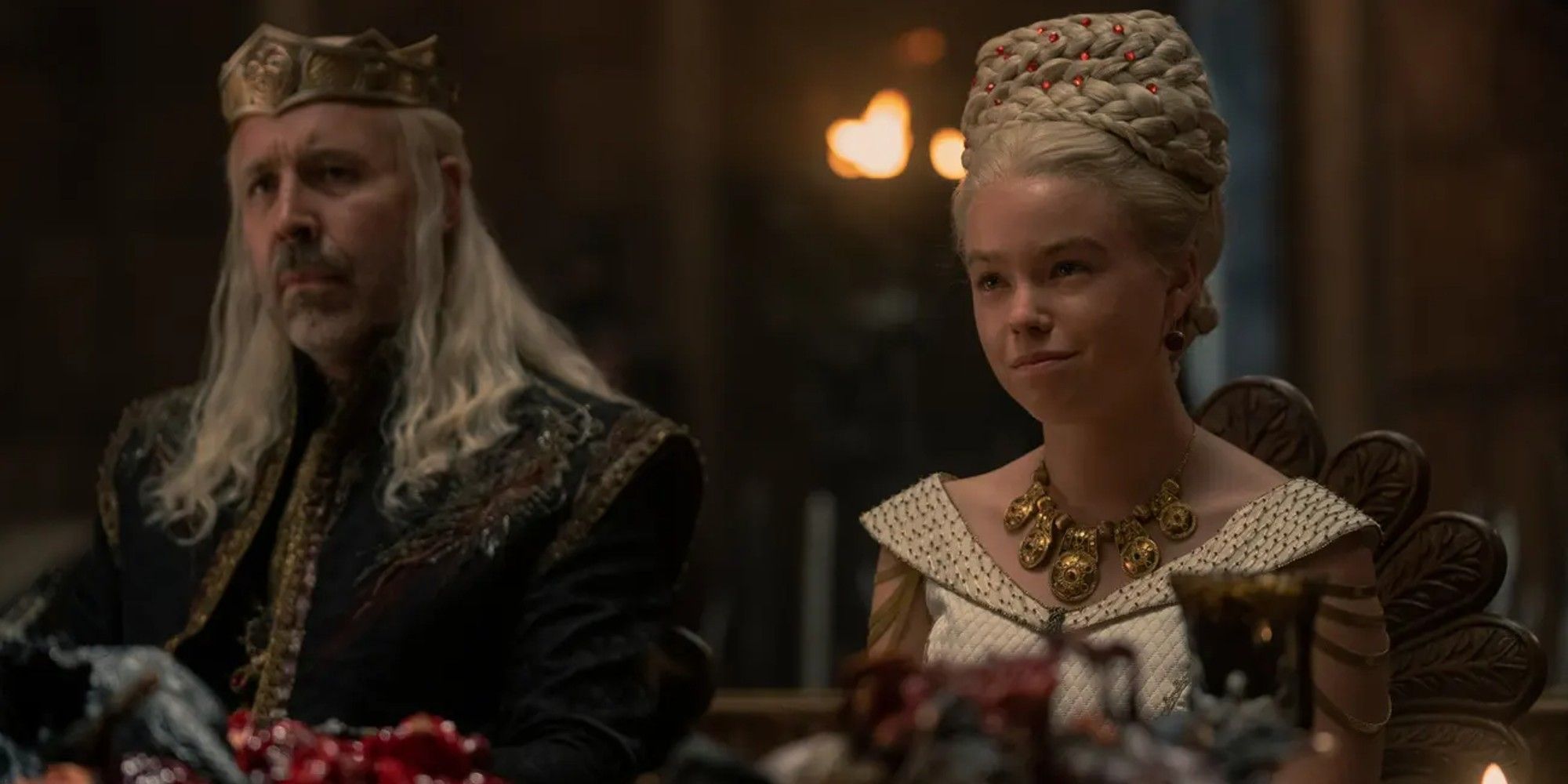 The Rings of Power jumped between storylines quickly, moving from Harfoots to Dwarves to Númenorians after the briefest conversations, which often left you wanting more from your favourites (or, in my case, less from the Harfoots). Even though Rhaenyra Targaryen relocates her family to Dragonstone halfway through the series, some time is spent at both Driftveil and in the wars in the Narrow Sea, the action revolves around King’s Landing. That’s where King Viserys rules from, that’s where the Hightowers plan their coup, and that’s where Rhaenyra has her sights set.

Focusing on just three houses allows us to spend more time with fewer characters, and endears them to us, despite their numerous and heinous faults. I’m sure it’s a part of the reason there is such a stan culture surrounding House of the Dragon’s characters. You shouldn’t be Team Black or Team Green, but it’s easy to see why people care so much. Great performances from the likes of Paddy Considine, Emma D’Arcy, and Olivia Cooke certainly help, too, but the fact the show doesn’t spread itself too thin gives characters time to grow. Could Game of Thrones afford to spend so long focusing on Lucerys’ doubts surrounding his ascension to Lord of Driftveil? Probably not. 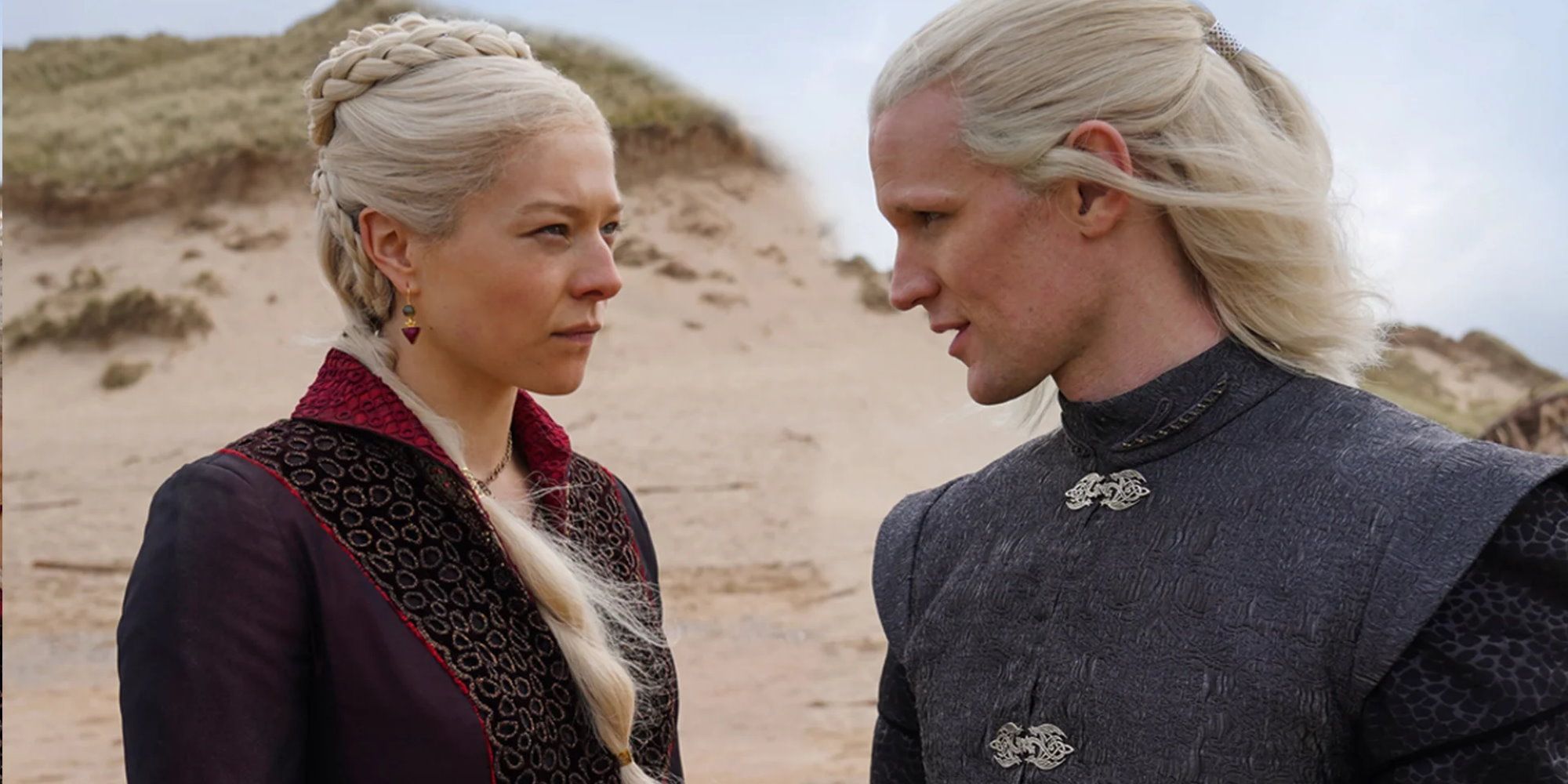 However, the stakes are lower, too. I will always prefer a small story set in a larger universe to a save-the-entire-world adventure (that’s why I prefer Andor to The Mandalorian and Black Panther to Infinity War), but House of the Dragon nails the balance. The stakes are high for the characters themselves – ruling Westeros from the Iron Throne is a big deal – but there’s no looming threat of the White Walkers or Sauron destroying everything good in the world. Rhaenyra and Alicent are more focused on their personal battles than raising an army to conquer the undead, and the show is better for it.

House of the Dragon is driven by its characters, and the great performances that the actors give are what get you invested in the story. But these performances are given the time and space to shine thanks to the show’s premise, the smaller stakes, and the narrower scope. High fantasy doesn’t often look at the little picture, but House of the Dragon shows that it should.