You are here:
Home / Hitman: 10 Best Assassinations In Hitman, Hitman 2, And Hitman 3

Hitman's modern World of Assassination trilogy is widely regarded as a masterpiece, with all three of the games featuring some of the best writing and level design in recent gaming history. There's no shortage of ways to eliminate your targets, and the game offers you some truly outlandish kills at times.

Whether it's through mission stories, equipment or NPCs lurking within levels, Hitman 1, 2, and 3 are truly packed with fantastically entertaining assassination opportunities. From re-purposing industrial winemaking machinery to killing one target with the other, here are the best kills in the World of Assassination trilogy.

10 Shooting Down Caruso's Plane As He Escapes In Sapienza 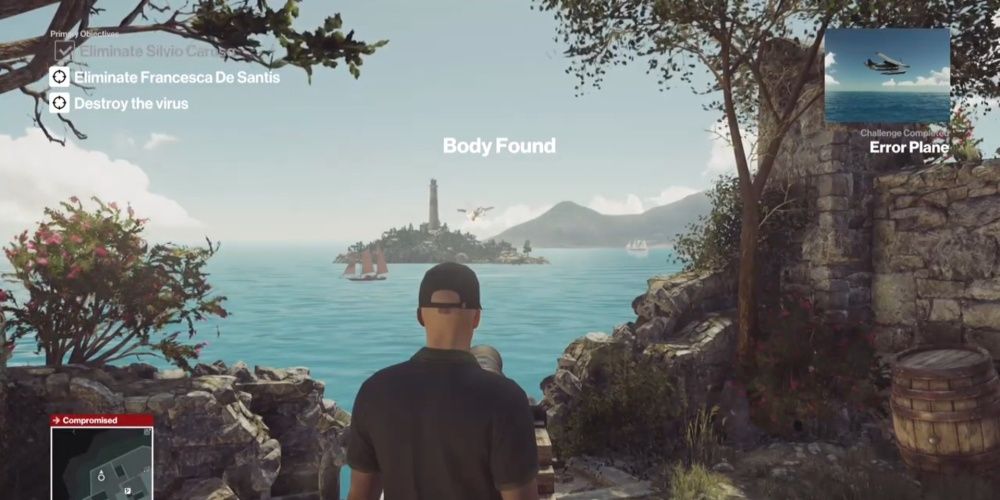 In Sapienza's World of Tomorrow mission, you're tasked with (among other objectives) killing the biochemist Silvio Caruso. He's a notorious recluse, so you have to break into his house to get to him. If you're caught during this, an alarm will be raised that can cause Caruso to flee. When this happens, he'll make his way down to the basement laboratory, where a seaplane waits in the cave.

Sapienza is a historical town, and has old battlements all over the place, many of which contain still-functional cannons. Find some gunpowder and a cannonball, trigger the evacuation, get into position, time the shot just right, and you'll obliterate the plane, foiling Caruso's escape.

9 Throwing Out The New Heart For Director Soders In Hokkaido 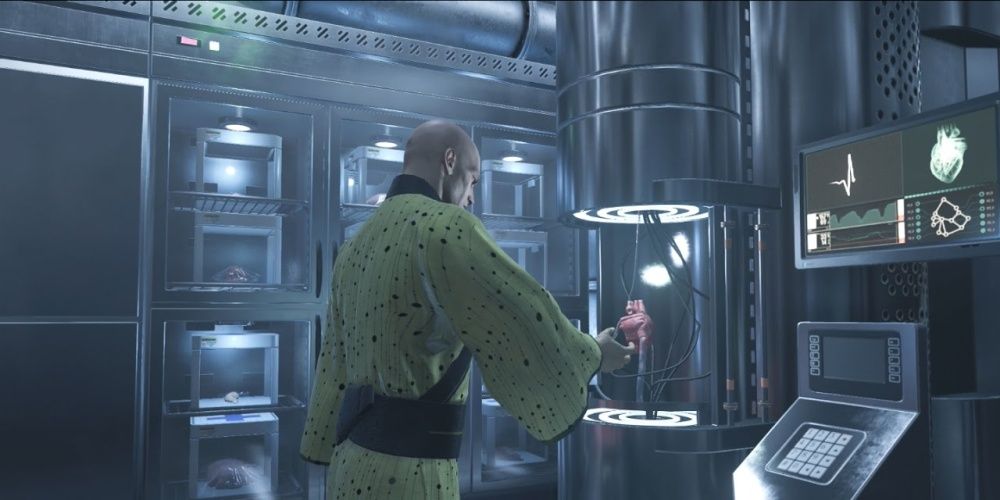 In Hitman 1's finale, you have to eliminate the former ICA official Erich Soders, who is on the operating table undergoing preparations for a heart transplant. He has a unique medical condition that means suitable donor hearts are rare, so the mission takes place in a remote, luxurious private hospital.

There are numerous gruesome ways to kill Soders with the hospital equipment and machinery, but one of the most satisfying involves going into the morgue to find the donor heart awaiting transplant and simply throwing it in the bin. There'll be no time to source another heart, so while you haven't killed Soders directly, you've sealed his fate in an ingenious way.

8 Feeding Rico Delgado To His Pet Hippo In Santa Fortuna 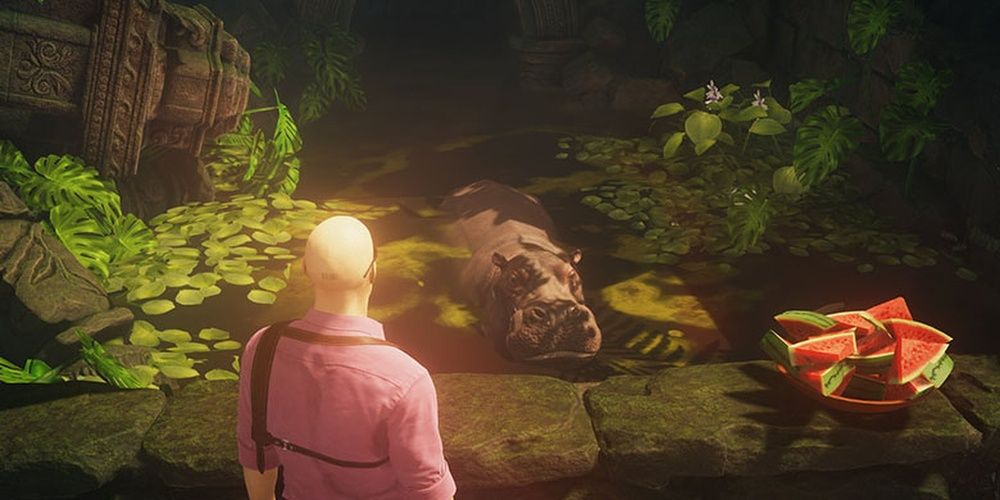 If you spend enough time in drug lord Rico Delgado's mansion, and listen to enough of the people around him, you'll notice an awful lot of references to his pet hippo, El Mijo. Do a bit of exploration, and you'll learn that El Mijo actually lives in a pool on the map.

With a bit of the usual tinkering and manipulation, you can lure Delgado over to the pool, where he hangs over the side, alone. Sneak up and push him in, and El Mijo will have the biggest meal of his life…

7 Poisoning All Three Targets At Once On Haven Island

Getting the chance to take out multiple targets at once is always satisfying, but the opportunity for a three-in-one is very rare indeed. If you follow the "Canary in a Server Farm" challenge on Haven Island, however, that's exactly what you'll get.

It requires a lot of setup, but ultimately nailing that triple assassination is such a rewarding moment that it's more than worth the effort. Add in the fact that Haven Island is one of the most gorgeous backdrops in the entire Hitman series, and you have a memorable assassination for sure. 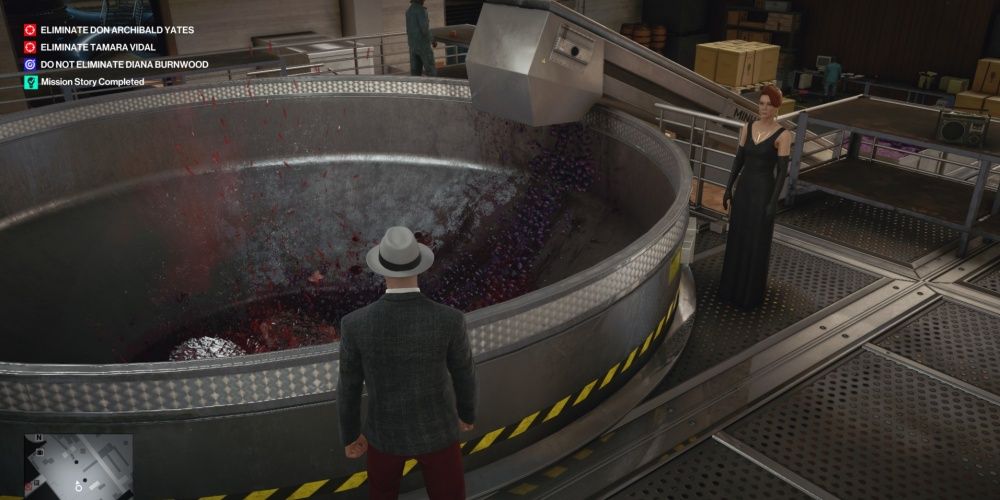 Hitman is known for its absolutely fantastic levels, and although Mendoza is only the penultimate entry in Hitman 3, it very much serves as a swansong for the trilogy. It's a vast playground brimming with over-the-top ways to take out your targets.

If you take Tamara Vidal on the wine tour, you'll encounter numerous ways to get rid of her, all of which are equally entertaining. You can push her into a grape crusher, flatten her with a wine press, or chill her in a freezer. Truly a celebration of the outlandish kills that define the series. 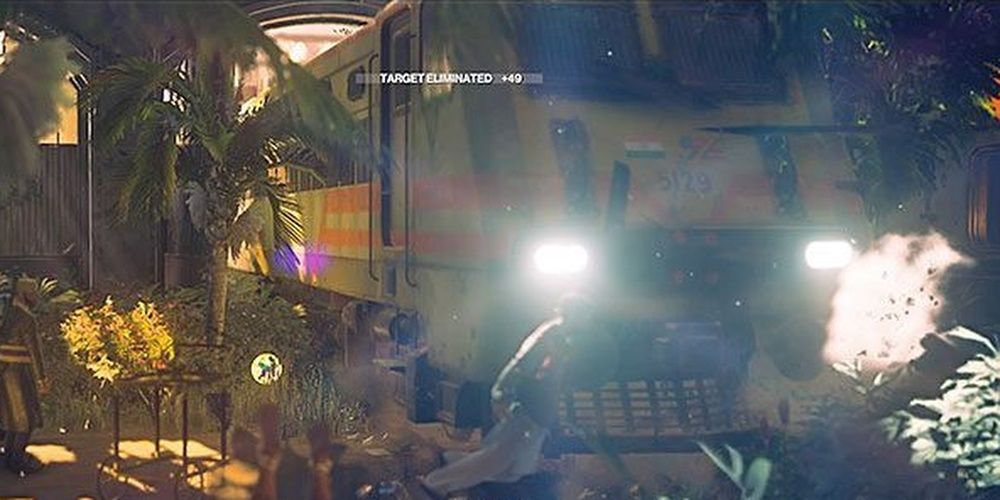 Another multi-kill opportunity, the means used in this one are what make it so memorable. If you jump through some hoops in Hitman 2's expansive Mumbai level, you can lure slum queen Vanya Shah and the elusive terrorist leader the Maelstrom to a converted train depot.

Pay attention, however, and you'll notice the tracks still run through this depot – right through the meeting spot, in fact. Locate a lever so you can operate the points, and switch the track right as the train approaches to send it barreling through the meeting, annihilating everything in its path. 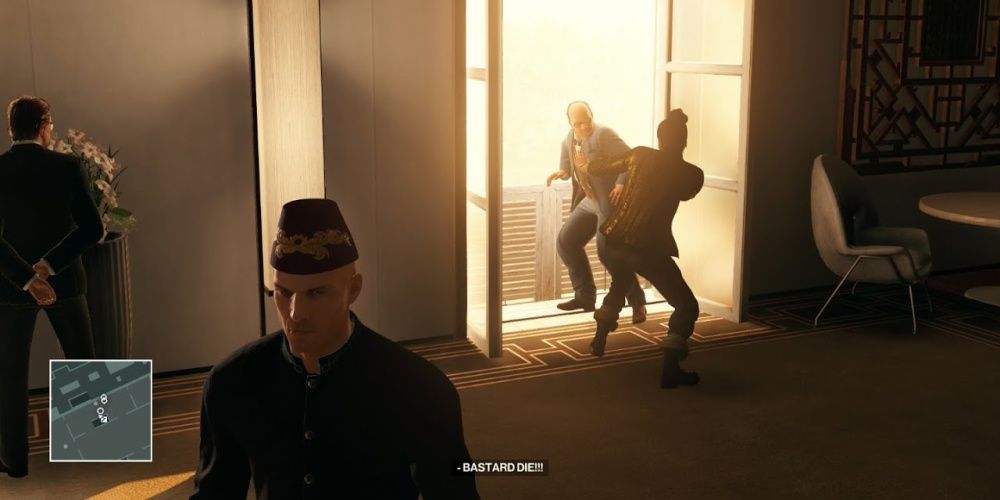 In Bangkok's luxurious Himmapan Hotel, indie rock frontman Jordan Cross is celebrating his 27th birthday. You've been assigned to send him to join the 27 club, but he's not your only target. The corporate fixer often used by Cross' rich father, Ken Morgan, is at the hotel too, and Cross does not like Morgan.

If you can have the two cross paths, they'll head up to Cross' penthouse to argue, and after things grow heated, Cross will push Morgan out of the window in rage. Hitman has many kills where you can have someone else do your dirty work, but this is the only time the World of Assassination trilogy lets you make one target outright kill the other. 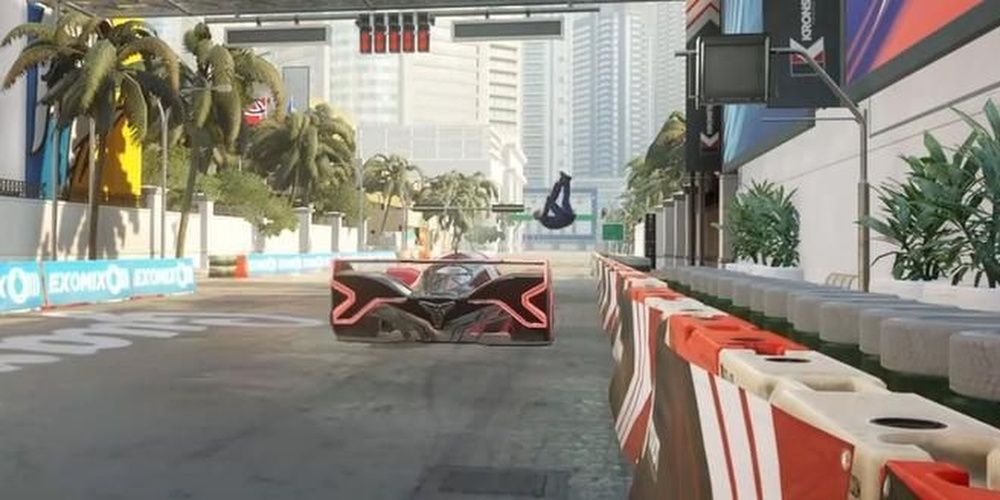 This one takes multi-target kills to the next level, as not only are you killing two targets at once, you're using one to kill the other. In the mission The Finish Line, Sierra Knox is doing laps of a racetrack while her father Robert roams his company's building above the track.

By tampering with a satellite dish, Robert can be lured out onto a ledge right above the track. When he sees Sierra's car approaching, he'll comment on the sight. Push him right and he'll fall onto the car, causing Sierra to crash in the process and netting you a two-for-one.

2 The Shootout With The ICA Assassins In Berlin 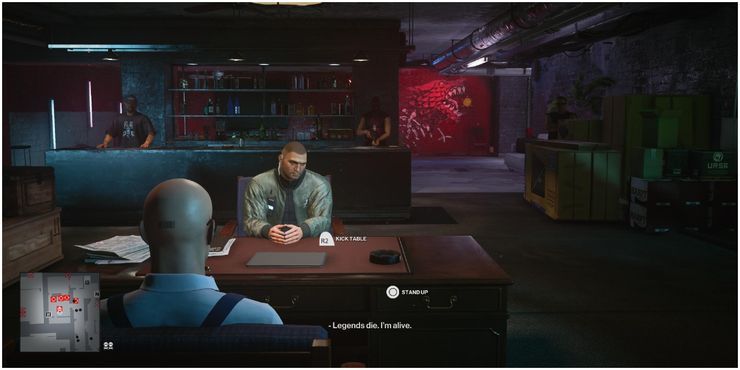 The tables are turned in Berlin as 47 is being hunted in a nightclub by members of his former agency. To escape, you have to take out at least five of them around the club, but the challenge "There Was A Fire Fight" lets you kill all five at once.

After attempting to lure the team leader to the club owner's office, 47 is confronted by a team of the hitmen, who saw through his ruse. A shootout ensues, and it's a rare moment of all-out carnage. The thrilling event is made all the better by how much of a departure from Hitman's norm it is, and it's an excellent way to complete your mission in Berlin for sure. 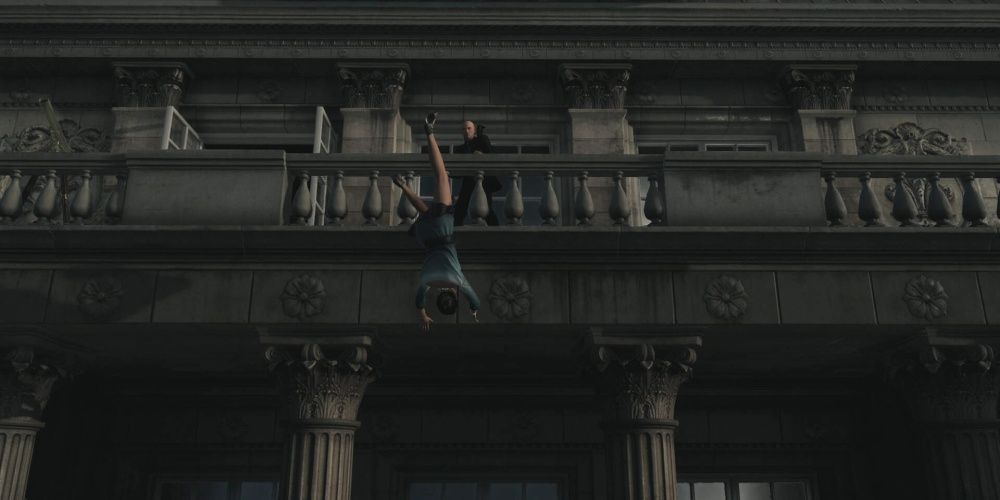 Paris was the World of Assassination trilogy's first (proper) map, and it came out swinging, setting the tone for the extravagant methods of assassination that would become a staple of the trilogy. Doing what you can do with the Knoxes years prior, you can trigger a fireworks display to lure both targets outside.

Push Margolis from her balcony and she'll fall on top of Novikov, killing them both. This is a moment ingrained in the memory of anyone who's played Hitman, and to top it off, since it's an accident kill, you can even get away scot-free!