You are here:
Home / Heralds Of Hope Coming to Star Wars: X-Wing In October

Heralds Of Hope Coming to Star Wars: X-Wing In October

Looking for something to tide yourself over until Star Wars: Squadrons releases? Fantasy Flight Games come to rescue with new Resistance forces for Star Wars: X-Wing.

Star Wars: X-Wing is a tabletop space combat simulation game that allows players to relive the epic battles from the silver screen. Now in its second edition, X-Wing focuses on the smaller scale ships that are typically fighter class, although there are some larger ships available such as the Millennium Falcon and Tantive IV. The game is quick and simple to learn and the cost of entry, when compared with other wargames, is small. The starter box includes everything you need to start playing – yay for no expensive army books! Any new or additional rules, pilots, and upgrades are included with new ships.

The Heralds of Hope is a squadron pack that features three uniquely pre-painted resistance ships that led the charge against The First Order in the final battle above Exegol in Star Wars: The Rise of Skywalker. The three ships are not only ideal at close range against other fighters but also for taking out gun placements and other such defenses. These ships are not only piloted by heroes of the Resistance, but they represent freedom and are a shining beacon against the darkness of The First Order. They are the galaxies’ last line of defense and its only hope. 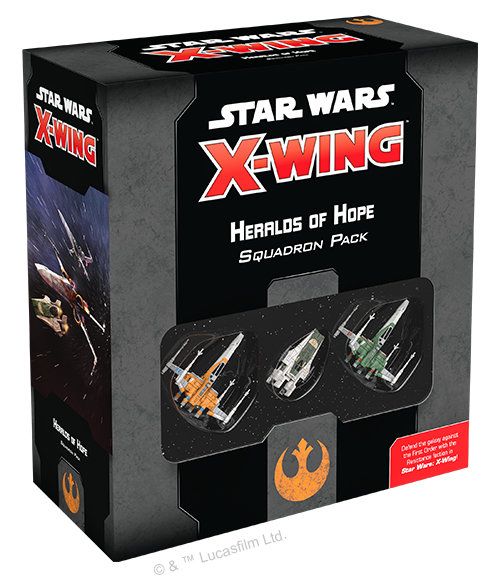 Included in the box are two X-Wings and one A-Wing, enough for new gamers to start playing and to help veterans looking to add to and augment their flotilla. You will also find six ship cards for the A-Wing and ten for the X-Wings, bringing a host of new pilots to the fight. Resistance Commander Poe Dameron leads the fray and is no longer the trigger happy fly-boy that he once was. And let’s not forget the ship upgrades! There are 25 upgrade cards included that can be used by not only the included fighters but other ships in your flotilla as well. The inclusion of faction-specific droids is a welcome bonus and fans will be pleased to see R2-D2 make a triumphant return. Fans will also recognize the Underslung Blaster Cannon upgrade as seen on Poe Dameron’s X-Wing in the Force Awakens. 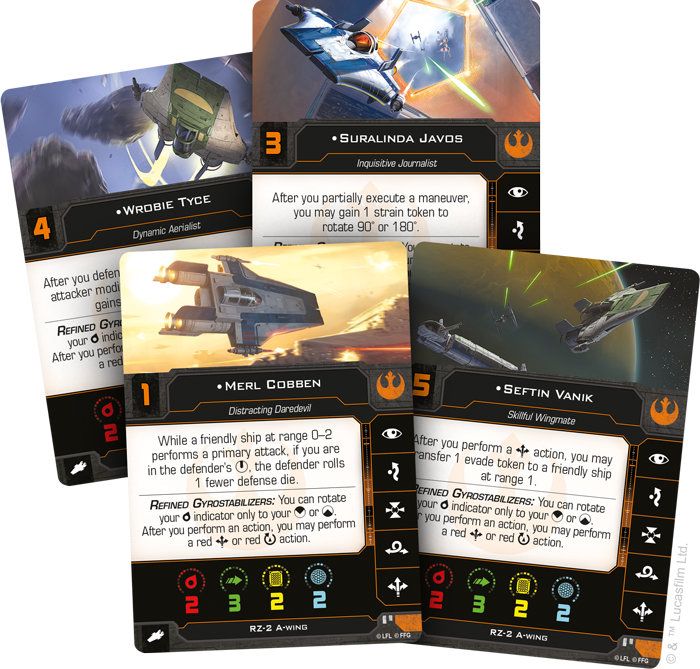 The Heralds of Hope expansion is set for release on October 30th and can be pre-ordered at the Fantasy Flight Games website or through your local independent game store.