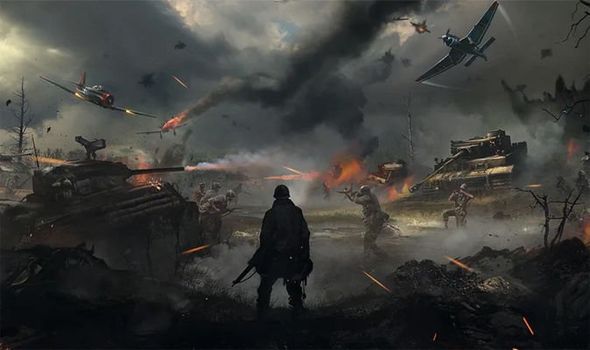 The multiplayer shooter has an October 5 release date on PlayStation 5 and Xbox Series X/S, although PS5 users can play a little earlier.

Exclusive to PS5, the Hell Let Loose beta runs from September 16 until September 20. This gives fans plenty of time to jump in and enjoy the action.

You can start playing the Hell Let Loose beta from 11am BST UK time, and you don’t need to pre-order the game.

Hell Let Loose has some big competition on the beta front, launching on the same day as the Call of Duty Vanguard beta.

With neither game requiring a pre-order, fans can try both and decide which game they prefer.

“Fight in the most iconic battles of the Western Front, including Carentan, Omaha Beach and Foy and more.

“This is combat at a whole new scale…. with lumbering tanks dominating the battlefield, crucial supply chains fuelling the frontlines, you are a cog in the machine of colossal, combined arms warfare.

“Hell Let Loose puts you in the chaos of war, complete with deep player-controlled vehicles, a dynamically evolving front line, and crucial unit-focused gameplay that commands the tide of battle.”

Interestingly, the game’s nine maps are based on images captured by satellite data and real-world research.

Once a team captures a sector, armies are rewarded with a precious resource.

“Featuring more than 9 sweeping maps modelled on real reconnaissance images and satellite data, the entire battlefield is divided up into large capture sectors – allowing for emergent and constantly unique gameplay that pits two forces of fifty players in a fight to the death across fields, bridges, forests, and towns on an ever-evolving front line.

“When a sector is captured, it will generate one of three resources for your team, creating a complex meta-game that will influence your team’s march to victory.”