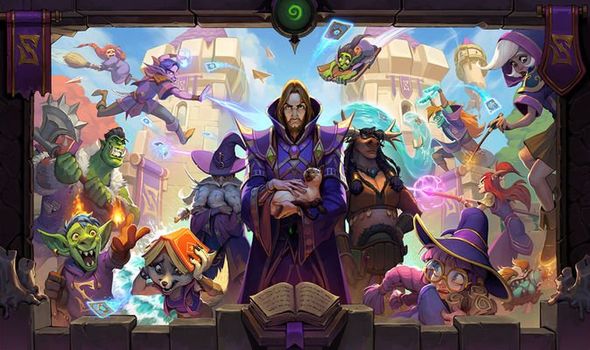 Hearthstone Scholomance Academy is the next big card expansion for the popular mobile game in 2020, coming hot off the heels of Ashes of Outland. Players can look forward to a ton of new cards being released this week and a big part of it will be the new Dual-Class Card system. There will be a total of 135 new cards brimming with spellbinding synergies, 40 of which will be Dual-Class cards. These new Dual-Class Cards are usable by two classes and every Hearthstone class is paired with two others, offering a total of 10 combinations.

An example given by Blizzard is that Hunter and Druid classes both have an affinity for beasts and will learn of new ways to harness their wild power, and “embody this cross-pollination of learnings by mashing up unique mechanics inspired by both classes’ strengths, unlocking a whole new spectrum of gameplay possibilities​.”

Included in the new cards packs will be 10 signature Legendary professor minions, one for each of the unique class pairings.

As confirmed by Blizzard, the Hearthstone Scholomance release date has been set for Thursday, August 6, 2020.

While this has been set as the official day for most gamers, it should be noted that launch times may differ depending on where you live in the world, meaning it might not be available to download until August 7 for some.

Based on previous Hearthstone events in 2020, Blizzard is likely to launch its next expansion early in the United States.

The Hearthstone Scholomance release time looks set to start across platforms at around 10am PT, on August 6, 2020.

For gamers in the UK, this would mean the new Hearthstone card update arriving at around 6pm GMT.

This is when the first Scholomance Academy Quests are set to go live and should provide a decent guide on when to expect the new update to arrive.

As always, it will be worth keeping track of the official Hearthstone social media pages for the latest news.

Other changes have also been confirmed for Hearthstone this week, including the following:

Scholomance Academy introduces a new keyword: Spellburst, a one-time-only effect when you cast a spell. With a Spellburst minion or weapon in play, casting a Spell will activate its Spellburst effect, providing new ways to combo.

Hearthstone Battlegrounds is also getting some changes on August 6, including the launch of a new Hero. This will only be available to players who have early access, with the new Mr Bigglesworth hero set to launch for everyone on August 13.