You are here:
Home / Hearthstone: 10 Best Neutral Cards In March Of The Lich King

Hearthstone: 10 Best Neutral Cards In March Of The Lich King

Hearthstone's latest expansion, March Of The Lich King, introduces a variety of new neutral cards into the fray. From unique Legendaries to neutral cards that compliment the new hero, the Death Knight, there are some fantastic standouts that will definitely see play.

This list covers 10 of the best neutral cards to be released, including some of the new Undead cards, a couple of Legendary cards, and cards that are synergy-specific and may change in rating depending on the evolving meta over the next few months. In no particular order, here are some of the best Neutral cards in the Wrath of the Lich King expansion. 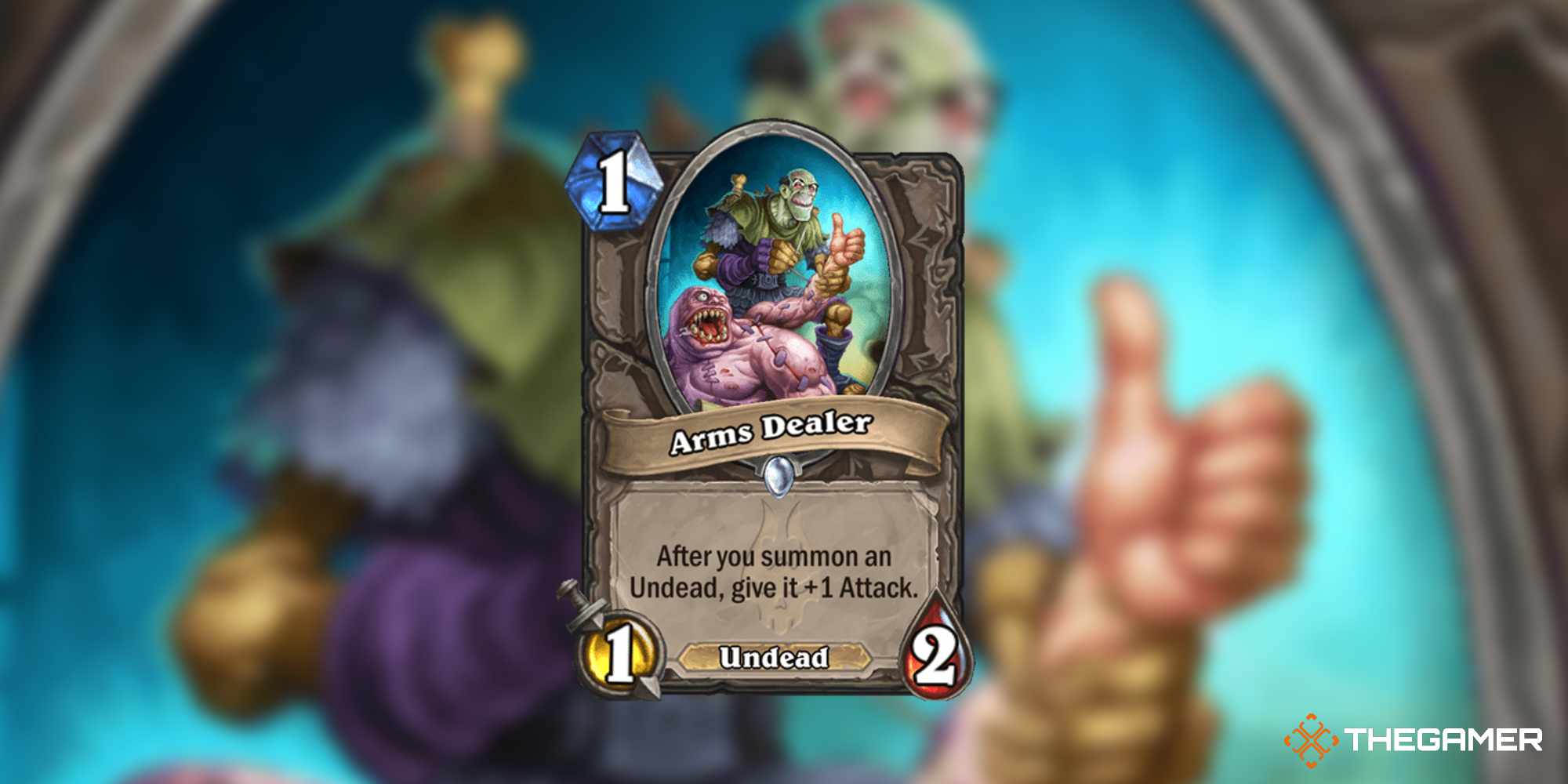 This one-cost card is a new Undead minion, and it works, in theory, brilliantly in a fast-paced Death Knight deck. While trying out Death Knight, you will likely be playing a lot of other Undead minion synergies, including a lot in the early-game.

We can definitely see this card seeing play in an aggressive DK deck. There are some other great options at one cost, such as Bonebreaker and Heart Strike, so you may see this card dropped in favor of them. 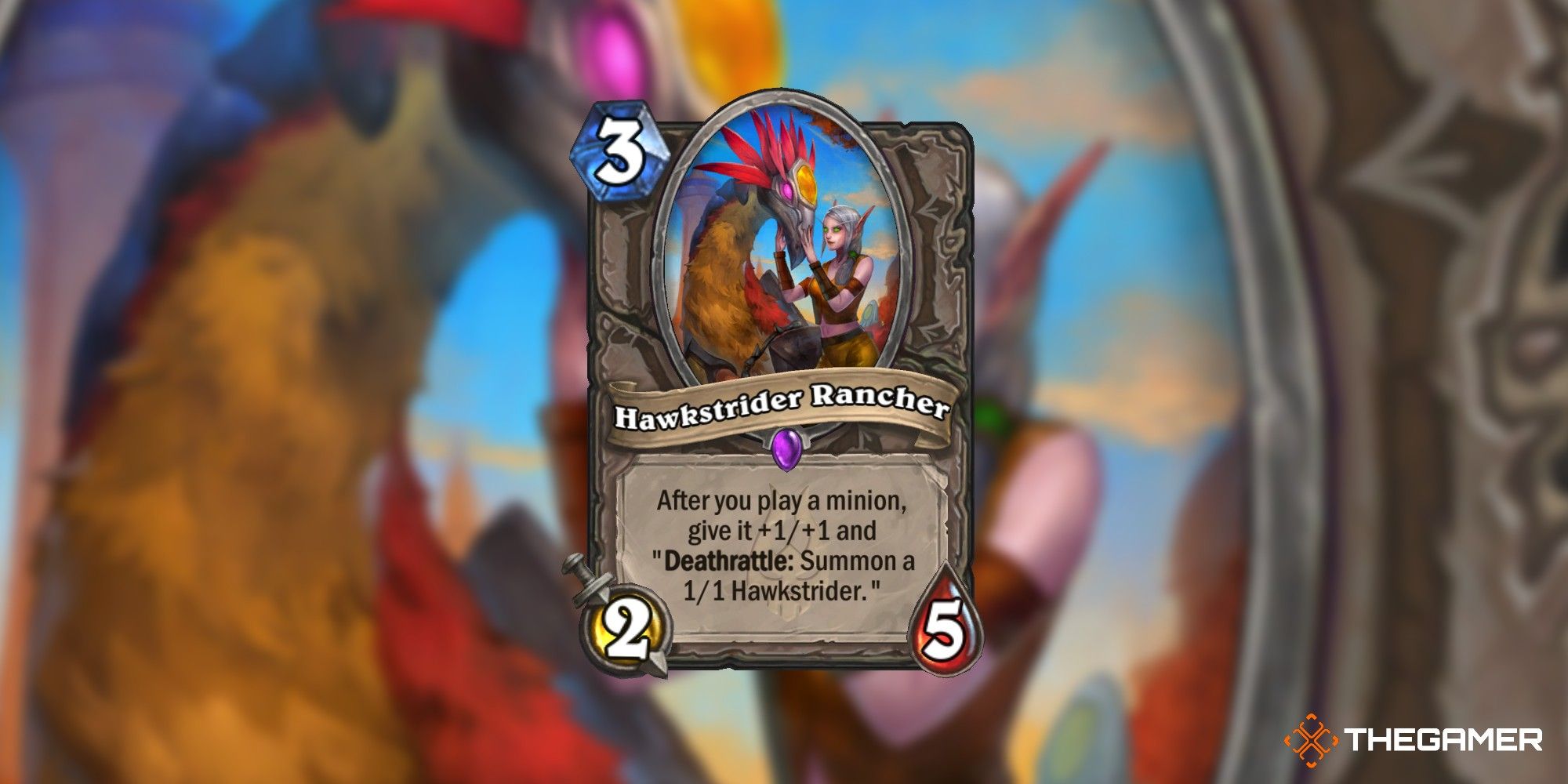 Taking a more general angle, Hawkstrider Rancher is a fantastic tempo card that has to be destroyed by the opponent, which could force favorable trades on your end.

If you're playing a fast-paced deck that plays a lot of minions, having the Hawkstrider around for even one or two turns could be enough to see the game out, early doors. That's how strong this card is. It's five health stat also doesn't make it the easiest card to kill. 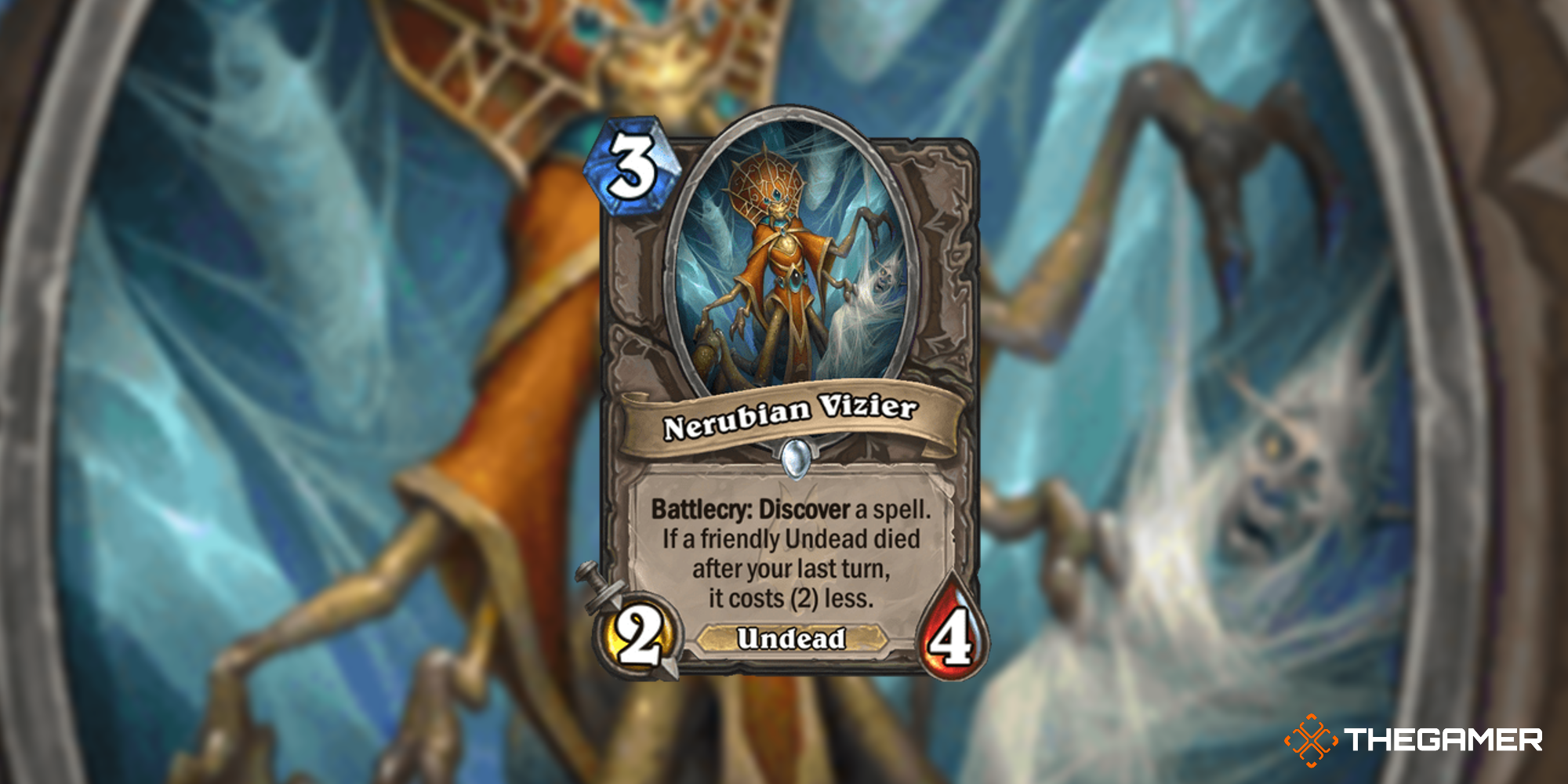 This is another card that compliments the new Death Knight hero, as the class will have plenty of Undead minions dying pretty much every turn. This means you can play Nerubian Vizier, almost, faultlessly when you draw it.

This card will likely feature in a lot of Death Knight decks across all variants, whether that be aggressive or control decks. Aggressive decks are designed around playing a lot of cards quickly, whereas control decks are designed around restricting your opponent's board wherever possible. It may also feature in any other new Undead decks (or the existing Undead Rogue deck, which isn't that popular but may become better with this expansion), although that is yet to be seen. 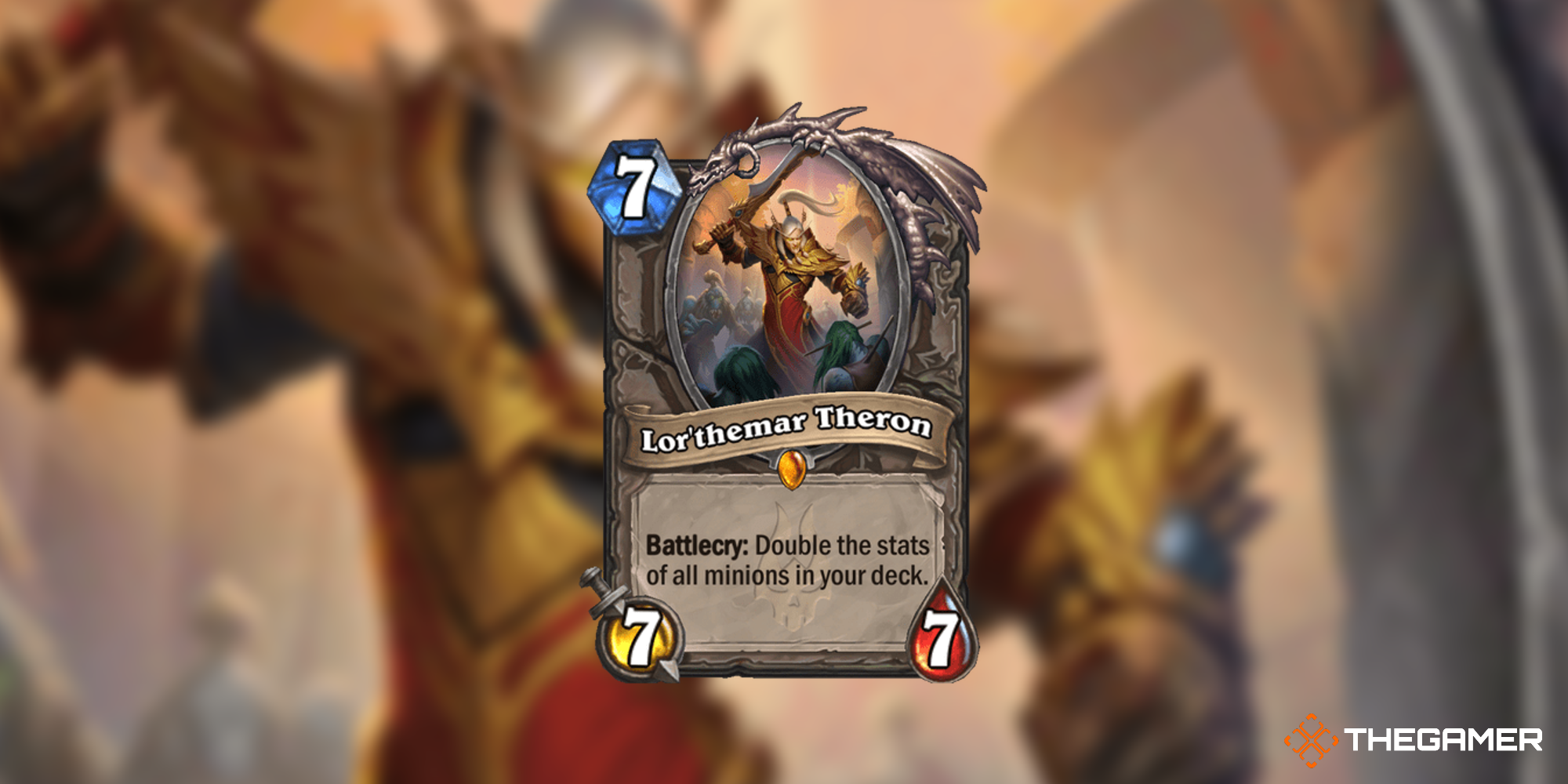 Yes, this Neutral Legendary is a bit of a meme. It's incredibly slow and probably quite difficult to activate properly, but some of the combo potential with this card is enough to get us excited, if there's a reliable way to get this card out quickly. We're thinking that the Ramp druid deck might give this a go, which is the deck designed to maximize mana over a short period of time.

At seven mana cost, it's not great. At three mana cost, however…well, you can start to see how this card might get out of hand. We will have to wait and see what sort of combos evolve from Lor'Themar, and then maybe, just maybe, we'll remove it from this list. 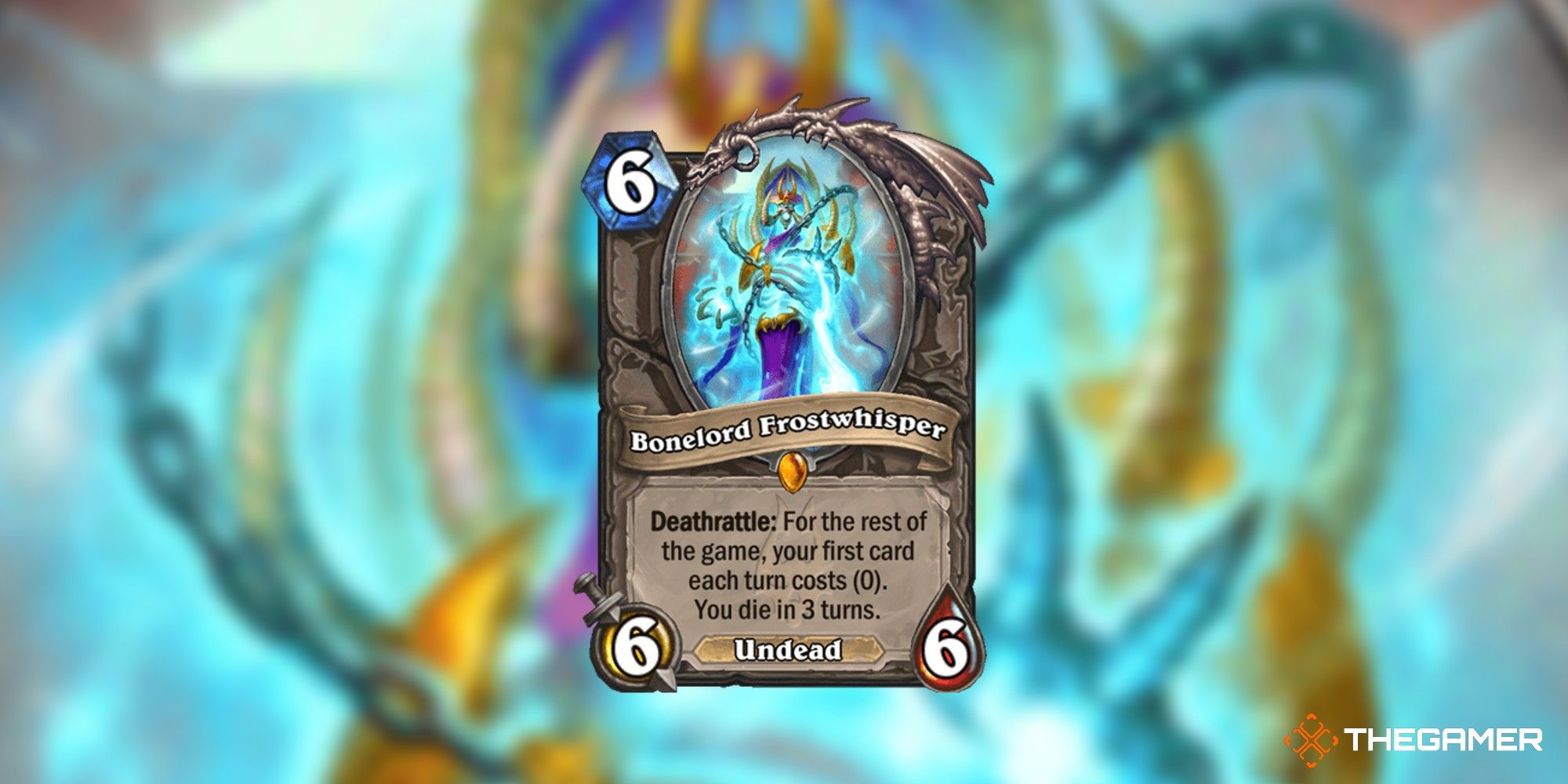 Bonelord Frostwhisper is a hilarious card on the face of it – a very slow card that means you guarantee your own demise in three turns. However, this is exactly the sort of card that we can see becoming crucial to some sort of Denathrius combo, or something else much more wild.

You can never underestimate the combo potential in Hearthstone, and while it may not be consistent (Deathrattle is hard to activate for certain classes), we're bound to see some wild stuff happen with the Bonelord, and that warrants it a place on our list. 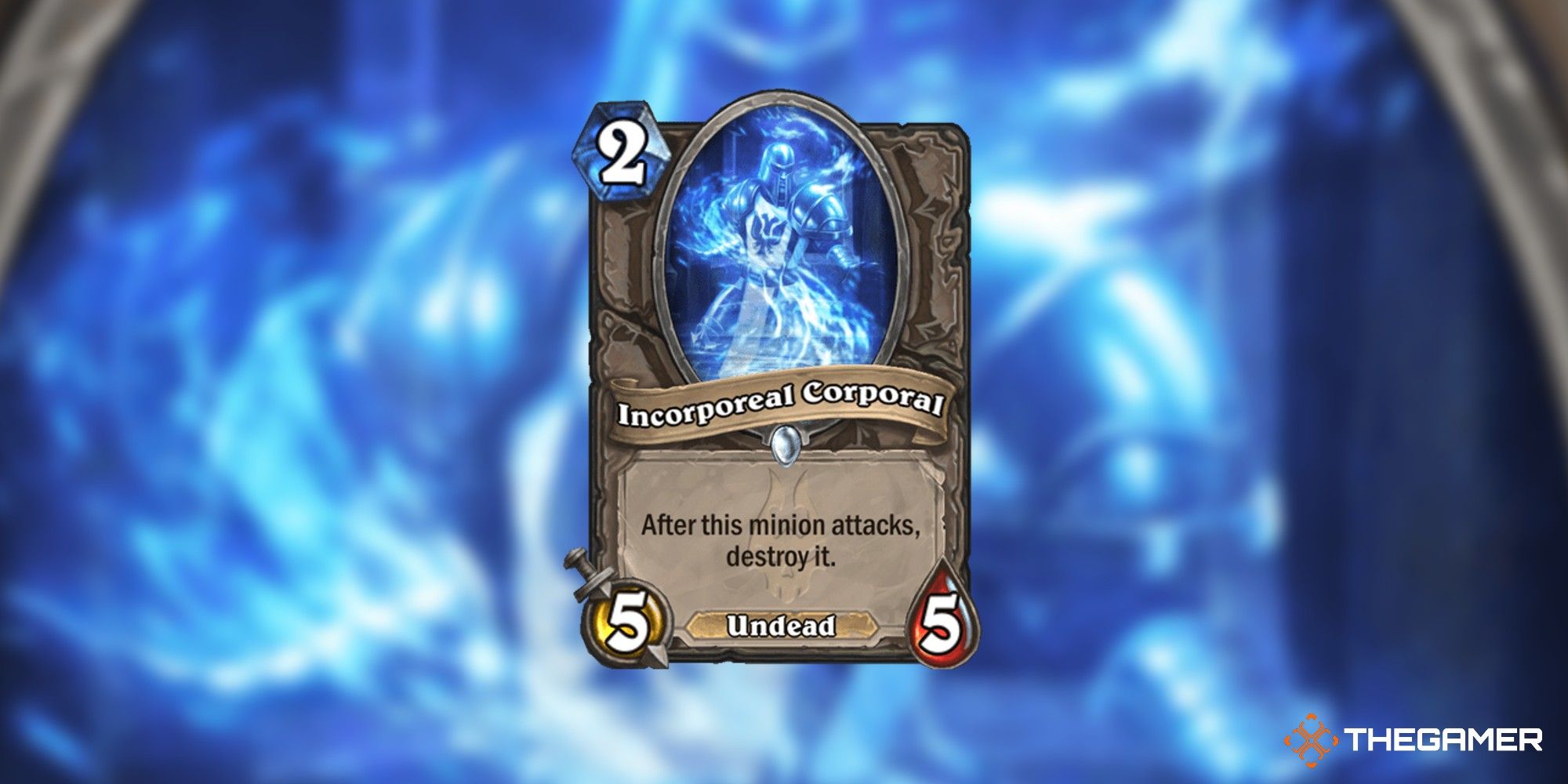 This is a fascinating card that has a lot of potential to be a bit of a sleeper hit in this new expansion. Not only can you use it for a quick clear and tempo play early on, but you can also play around with some of the Taunt mechanics (look specifically at the new legendary Invincible that will give this card Taunt, although that is a pretty hard combo to line up.) You could also silence the card.

Overall, we think this card is pretty strong. You can hit the enemy in the face, which is nice, get a favorable trade early on, or force your opponent's hand into an unfavorable trade because of the threat the card carries. All round useful. 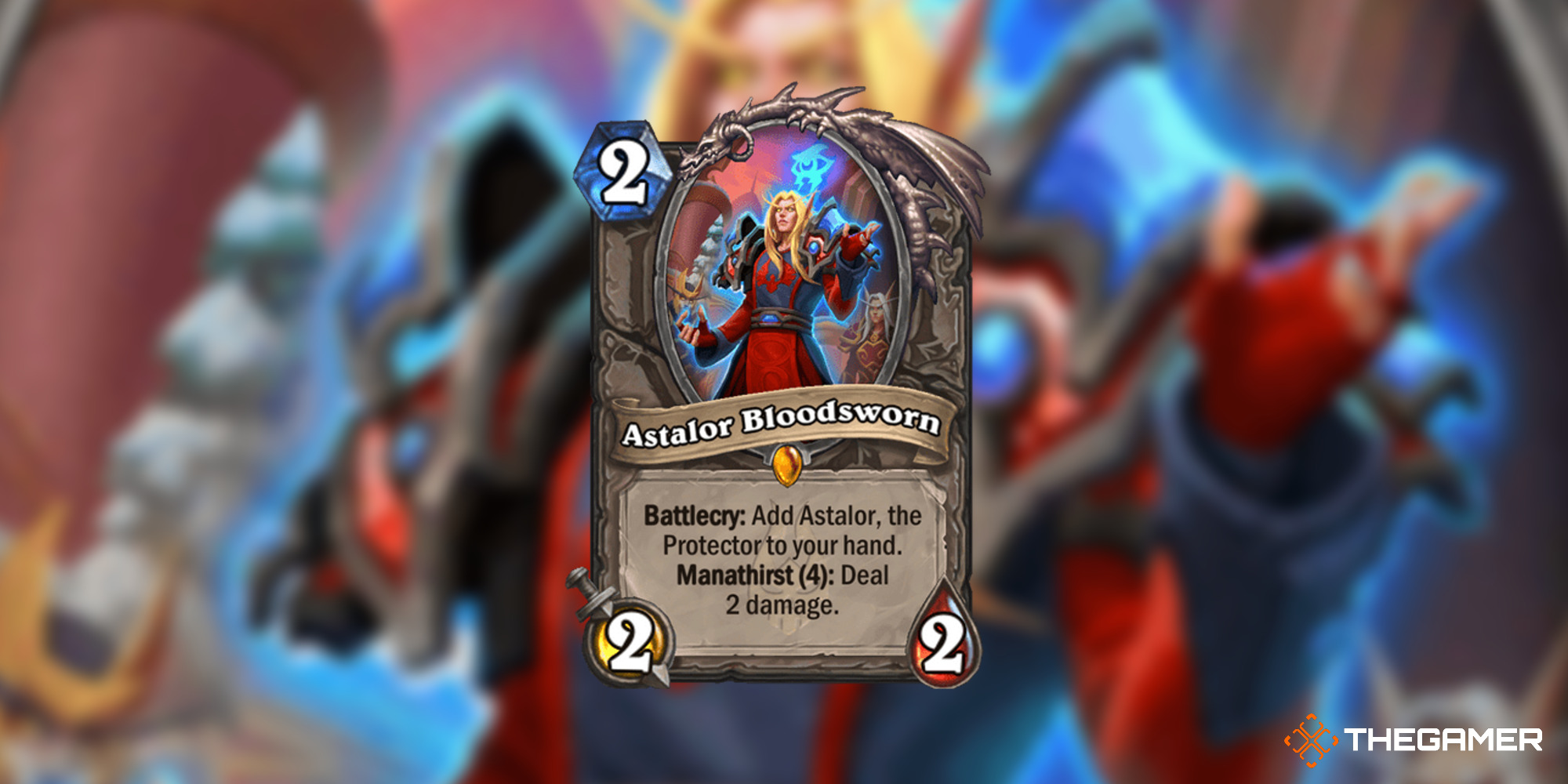 Astalor Bloodsworn is a new Neutral Legendary added in the Lich King expansion. It's likely to find its way into a bunch of decks, both old and new. There is massive endgame damage potential here, lots of chances for aggressive play, and a mana cost that isn't prohibitive. It also features Manathirst, the new mechanic introduced with the Lich King expansion that provides an extra benefit if the player has reached a certain number of mana.

The card develops over time, providing Astalor the Protector and Astalor the Flamebringer in your hand which is excellent for tempo decks, as well as other more complex combo decks. Brann Bronzebeard also applies here as you will get two Astalor The Protectors or Flamebringers. Neat. 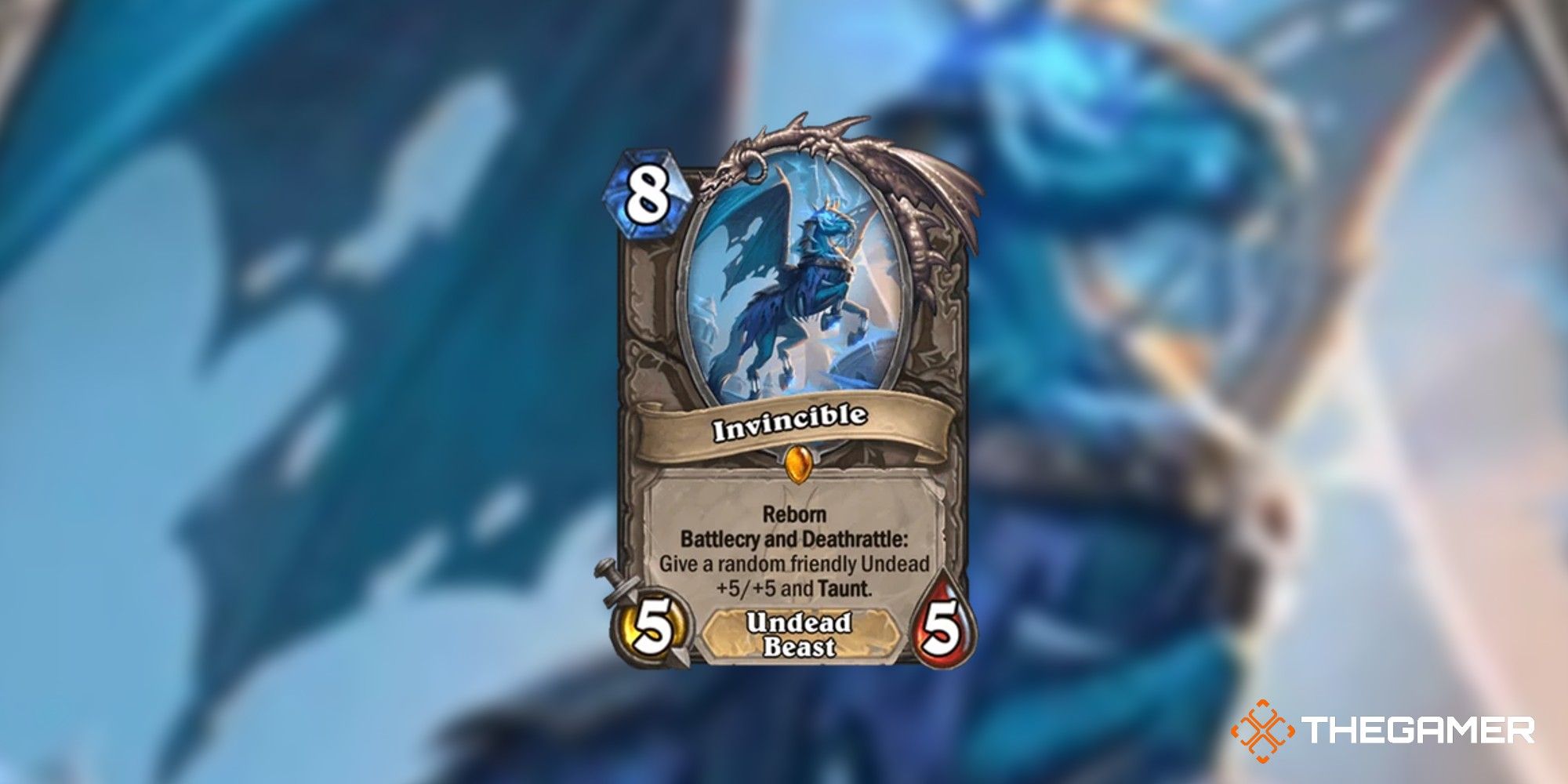 Another new Neutral Legendary card, Invincible might be giving you flashbacks to Bonemare which was such a powerful card it had to be nerfed. Invincible is certainly strong but is not as powerful as Bonemare, as this can only buff an Undead minion rather than anything on your battlefield.

Despite this Undead drawback, we still think this is a very powerful card for any Undead deck. Death Knight is obviously the top choice here – the sheer number of stats you get out of this card is fantastic if you have board control.