The Atlas is a medium-sized industrial ship in Hardspace: Shipbreaker. These ships will start appearing for selection after reaching Rank Three, and will be a little trickier to salvage than Mackerels. The most notable difference between the Atlas and Mackerel Class ships is their size, with the Atlas often having large areas below the cockpit for storing cargo.

Atlas class ships come in three variants: the Nomad Cargo Hauler, Scout Patrol Craft, and Roustabout Tug. While these three variants have many differences about them, they all have large fuel lines that support powerful quasar thrusters, which can be tricky to salvage safely. Let's take a look at how to completely salvage Atlas class ships, and some tips for doing so. 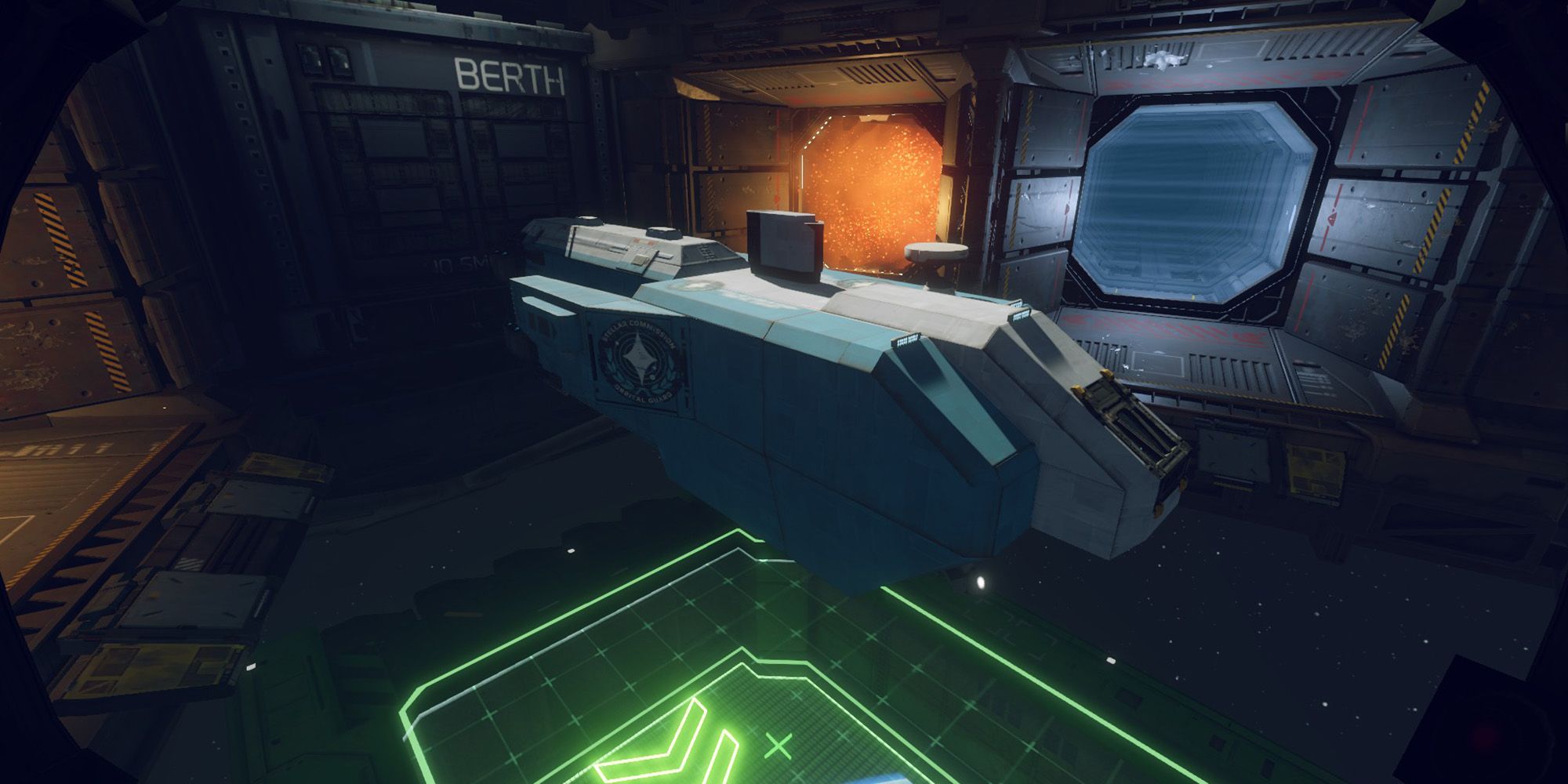 As mentioned above, there are three variants of Atlas class ship. Listed below are the key features of each.

To begin salvaging an Atlas class ship, you'll want to start by removing any exterior bits from the outside of the ship. Communication arrays and antennas should be the first to go into the barge.

First, locate the access panels on the top and bottom of the thruster housing panels. Remove these and send them into the processor to reveal a cut point and one or two coolant canisters. Leave the canister for now, then carefully cut the cut point to detach the thruster nozzle from the ship. Send this to the barge to expose the interior housing of the thruster. 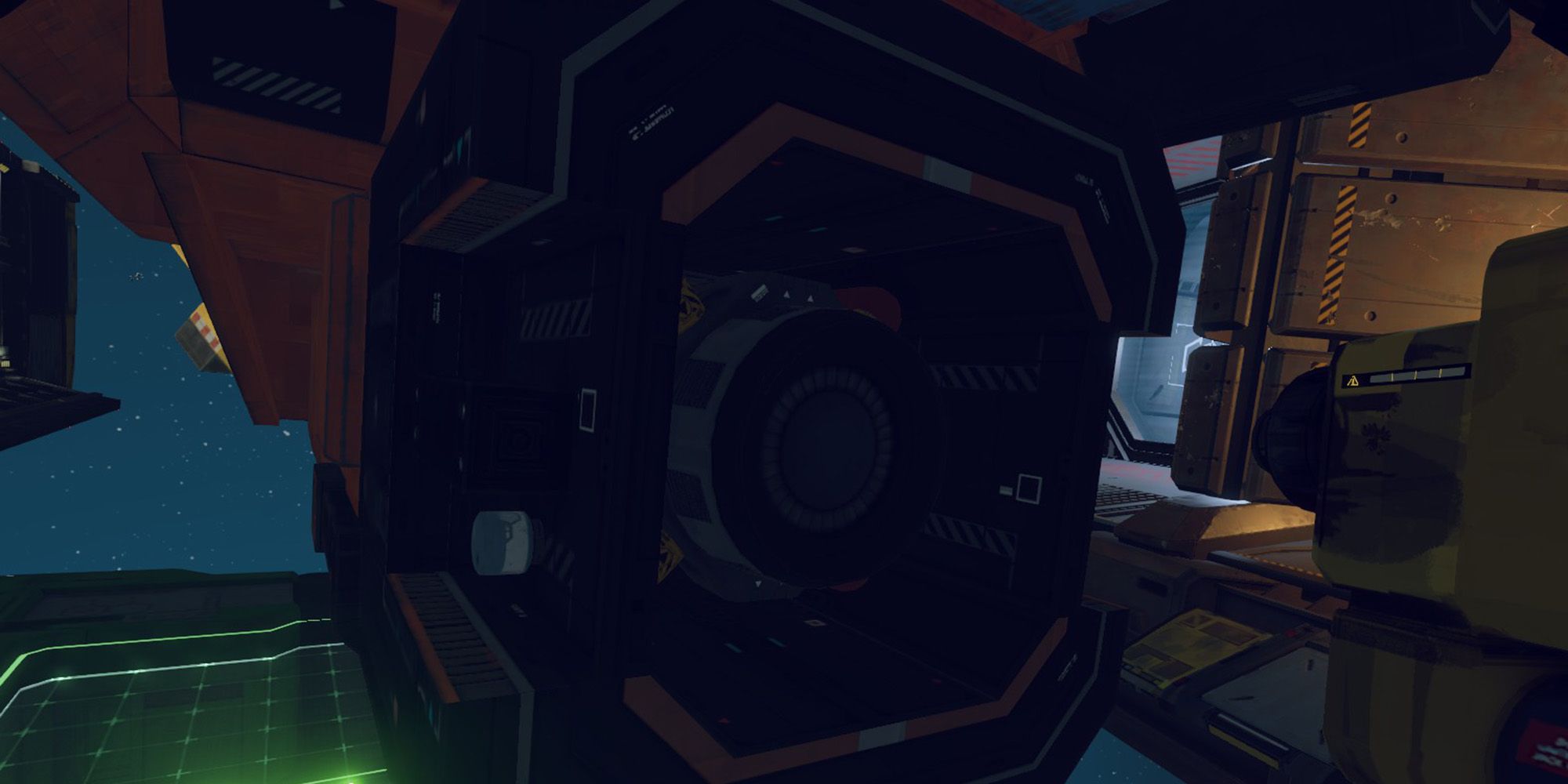 Here you'll see the quasar thruster attached to four fuel lines, which are active with fuel. Cutting the cut point now will ignite the lines, causing fire to spread down the fuel pipes damaging components and causing explosions. To prevent this, you'll need to freeze the pipes with the coolant canister.

Grapple on to the coolant canister, and, without letting go, lightly smack it against a panel to engage the coolant spray. If it's not activating, try grappling the canister from further away before swinging it to increase its acceleration. 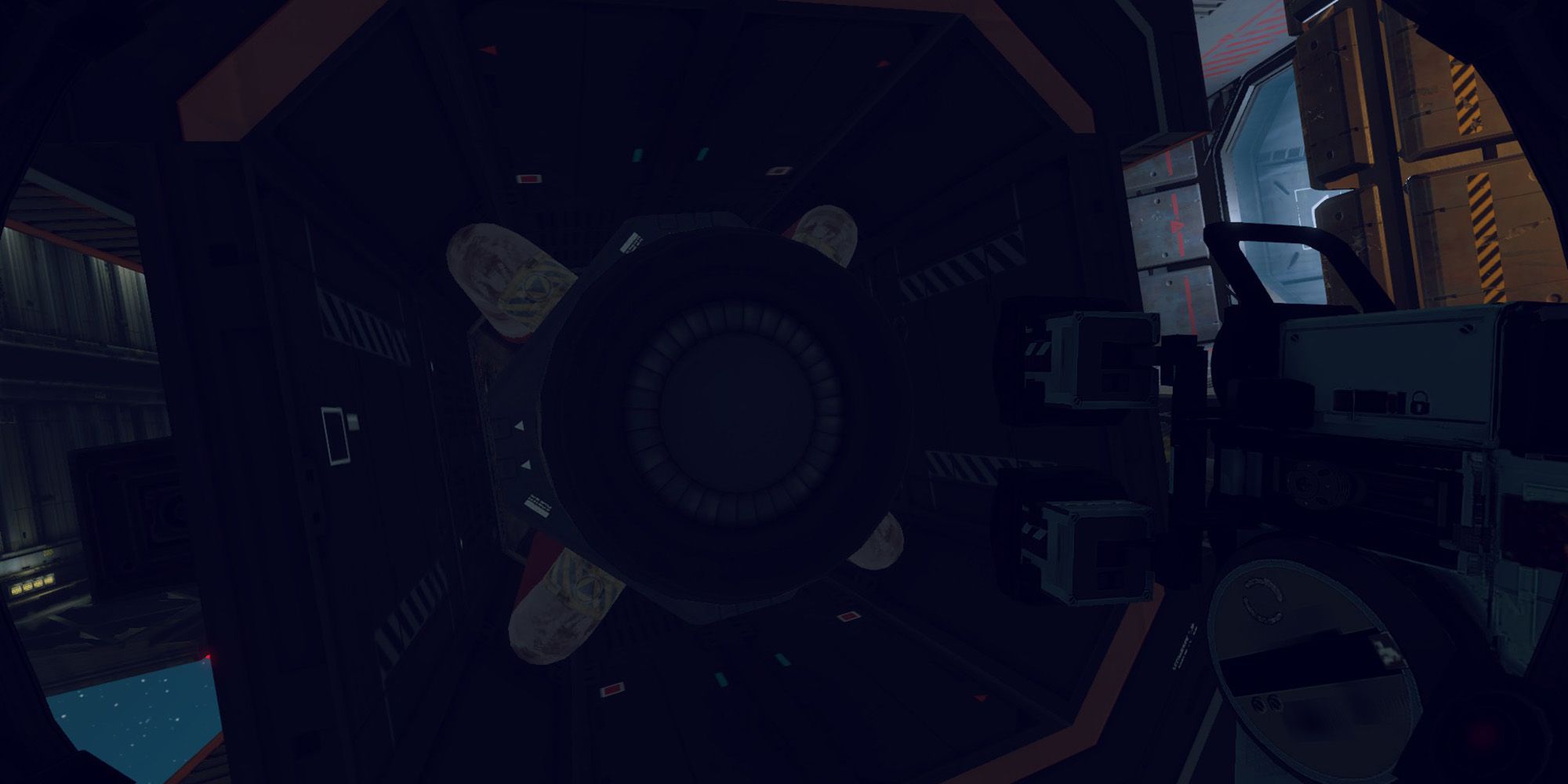 Once the canister is spraying coolant, carefully bring it towards the four pipes to freeze them, making sure to remain a safe distance away to prevent you from freezing. Upgrading your work suit to increase its cryo resistance will help you remain warm. After the pipes are all frozen, you can toss the coolant canister into the furnace.

Before you cut the points attaching the fuel pipes to the thruster, keep in mind that as soon as you finish cutting the first point, the fuel will become unstable, giving you a short window to stabilize it. Quickly cut all four points, send the thruster to the barge, then fly to the end of the thruster housing. Here, you will find a fuel flush valve, which you can activate to flush the fuel from the pipes into a fuel tank. This will also split the thruster housing panels in half, allowing you to tether both of these to the processor.

Repeat this process for the remaining quasar thrusters, and you'll have the bulk of the work on the ship out of the way. 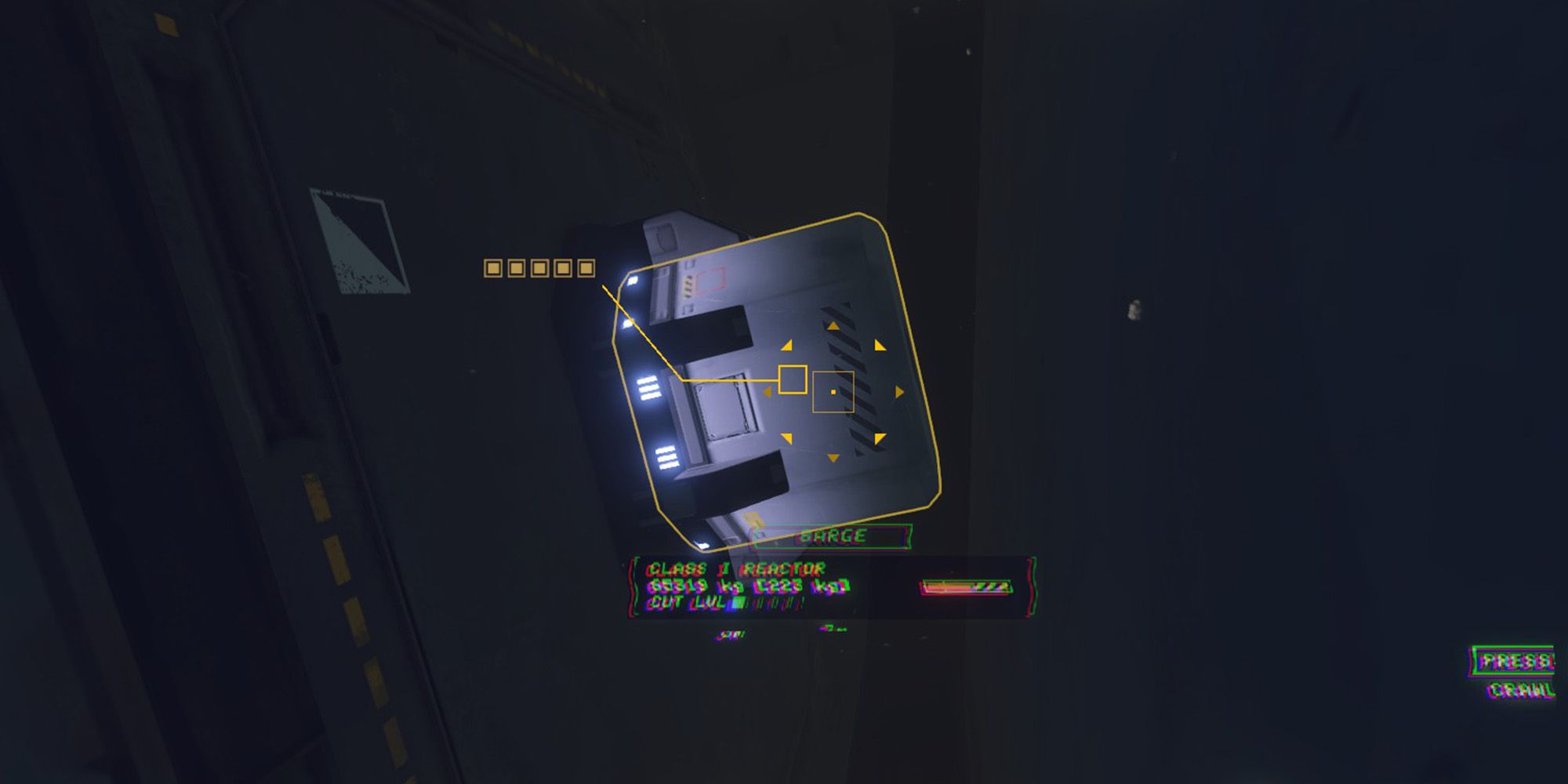 Salvaging the remainder of the ship will be Shipbreaking as usual. After depressurizing the cabin, target the reactor first, making sure to clear a path between it and the barge to safely and quickly deliver it before it melts down. Then, detach and salvage the ship's fuel tanks, which can be found near the fuel flush valve in the thruster housing.

With these dangerous salvage items out of the way, the rest of the ship can be salvaged at your leisure. We recommend dealing with flammable objects first, like removing light and heavy cargo that may be floating inside the ship, and detaching fuel pipes that line inner panels.

Remember to look for lights, doors, and airlock panels before moving salvage into the processor, and carefully remove electrical components. At higher hazard ships, you may need to remove the power generator, which can be safely done by first detaching the three nearby fuses from the breakers.

After all components have been removed from the interior and exterior of the ship, cut parts of the frame into smaller pieces and send them into the furnace. Make sure to do a final sweep of the shipyard for any loose pieces, and your salvage of an Atlas ship will be complete.