Want to know the best open-world Catalyst build for your Elementalist in Guild Wars 2? You've come to the right place. Let us show you how to annihilate your enemies with all your elemental fury in the open world.

The Catalyst is a very fast-paced elite specialization, and the ability to use different elemental attunements requires a fairly active and responsive playstyle. The advantages of this are that (in the open world at least) the Catalyst is very adaptable, and the different elements give them access to boons and utilities — such as water for healing, earth for protection, and more. 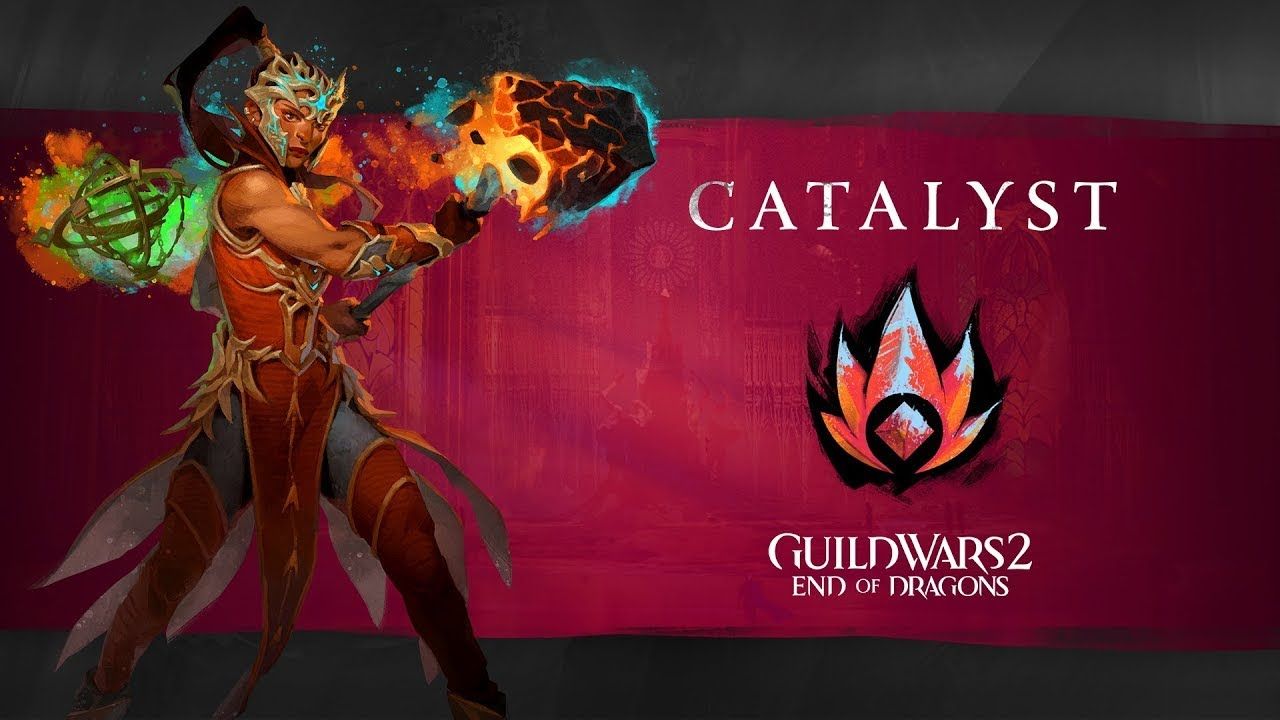 The Catalyst gains access to several new goodies — the hammer weapon, which is designed chiefly for mid-range/close-range combat in the hands of an Elementalist. You also get a new skill type, known as Augments, and a new profession mechanic, a shiny new thing called a Jade Sphere.

The Jade Sphere interacts with whatever elemental you're currently attuned to — when in fire you get might, water grants you resolution, earth grants protection, and air grants quickness. The Jade Sphere can only be summoned if you have enough energy, indicated by a small energy bar above the skill icon. You fill this energy bar when striking foes.

Cycling through your elemental attunements (F1 to F4) and using your wheel weapon skills (hammer skill 3) is an excellent way to fill the Jade Sphere energy bar. The Jade Sphere can have a maximum of 30 energy, so use that sphere as often as possible for some lovely boons. 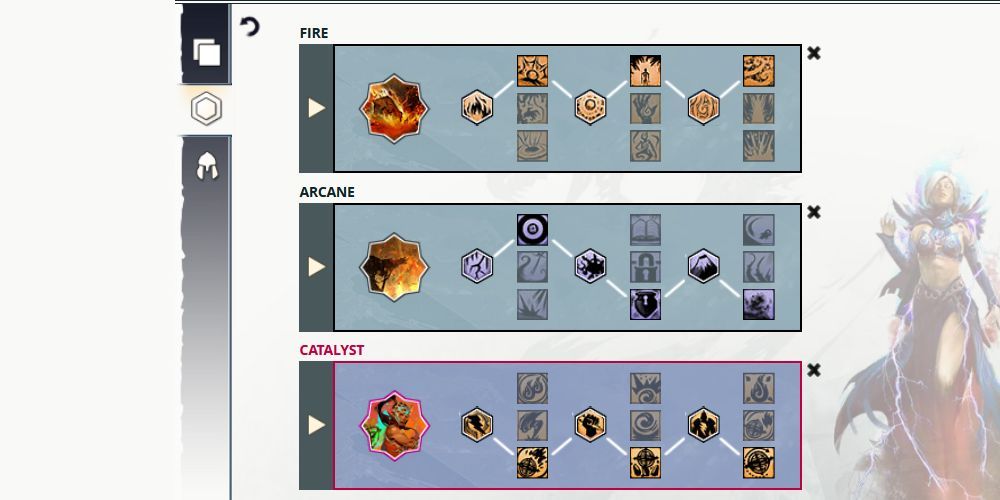 The picture above is the best overall trait picks for an open-world catalyst build. We'll cover in detail what these trait choices are and how they synergize below. The trait lines that we'll be choosing are Fire, Arcane, and Catalyst. Now, let's look into what makes the build tick.

Arcane focuses on whatever elemental attunement you have active. It also enhances the benefits of a specific element, has some survivability bonuses, and generally works to improve boons. Catalysts will often be switching between elemental attunements, and therefore will be applying boons in some manner. We'll be selecting the following Major Traits: Arcane Precision, Final Shielding, and Bountiful Power.

The catalyst trait line is the backbone of the build, it gives us access to the weapon we'll be using — the hammer — and also gives us access to Attunement utility skills, and access to the Jade Sphere profession mechanic. The traits focus on building up extra energy for your Jade Sphere, granting you access to Auras when performing combos and allowing you to apply even more boons with your Jade Sphere. We'll be picking the following traits: Energized Elements, Spectacular Sphere, and Sphere Specialist. 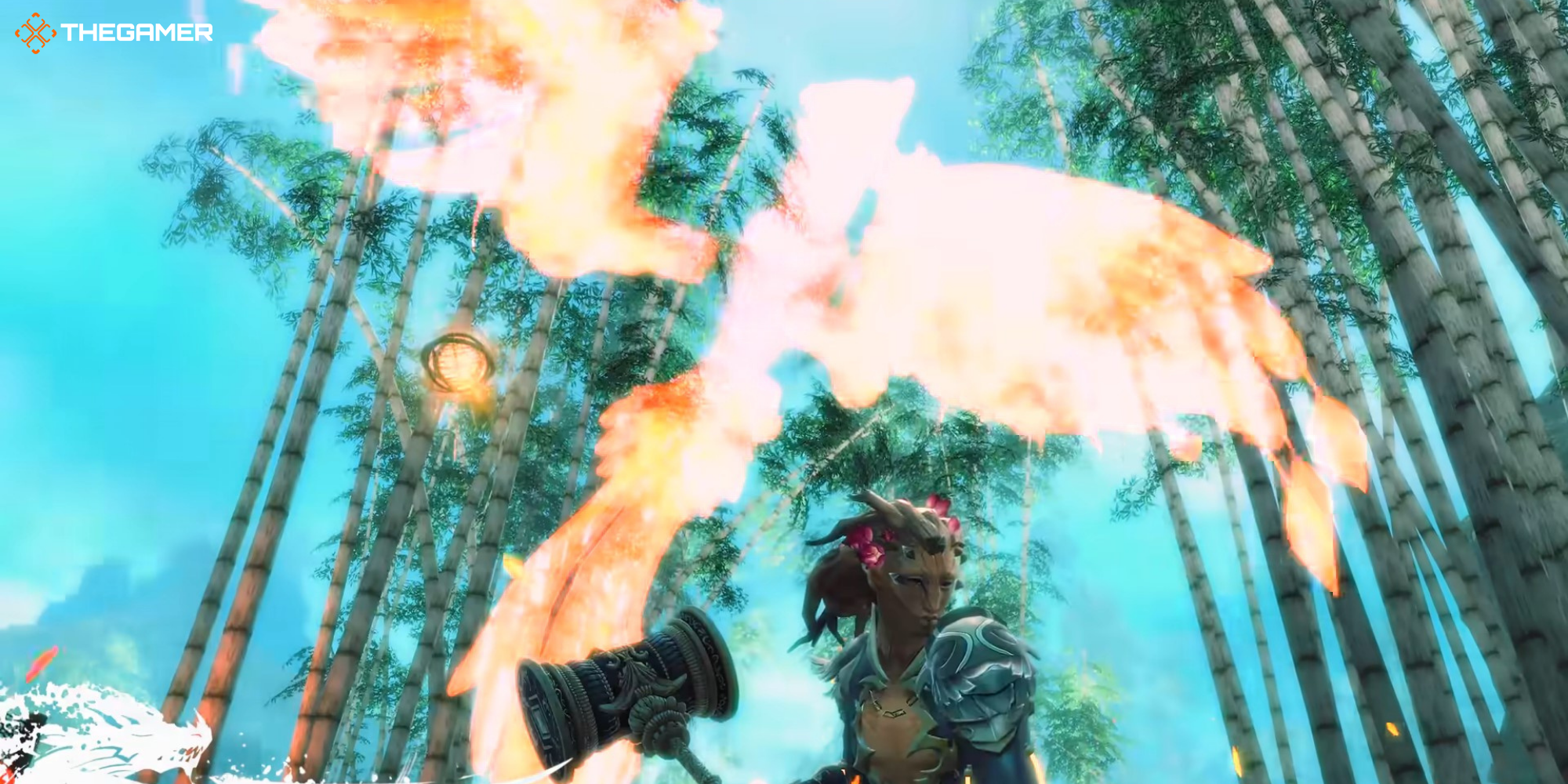 Gear stat choice for the open-world Catalyst is very simple. You want celestial in every gear slot — armor, weapons, jewelry, trinkets, etc. You're running full celestial because the Catalyst lends itself well to a hybrid build. The hammer can apply lots of burns and bleeds and the skills also scale relatively well with power.

Your weapon of choice is the hammer — it grooves incredibly well with all the Catalyst traits, and it also looks very cool being a master of the elements while also smashing everything to bits with a hammer.

For any newer players reading this guide, you might be wondering what is meant by the term "conditions". These are debuffs — negative effects that weaken a target — or status effects that inflict damage over time, which include: burning, poison, confusion, bleeding, and torment.