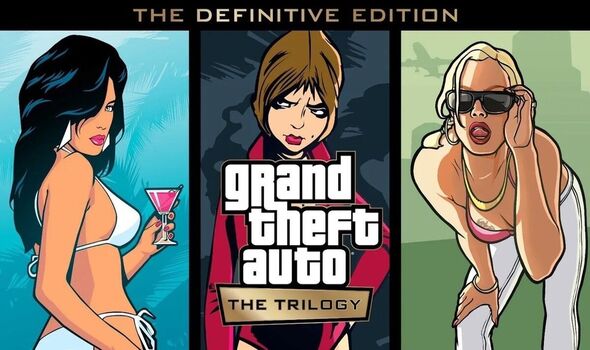 If the leaks are anything to go by, GTA Trilogy Definitive Edition could be about to launch on even more platforms. The remastered versions of Grand Theft Auto 3, GTA Vice City and Grand Theft Auto San Andreas originally launched on PlayStation, Xbox, Switch and PC via the Rockstar Games Launcher. However, if recent leaks are anything to go by, the trio of classic games are soon to be released on Steam and Epic Games Store.

Indeed, if the rumours are true, Grand Theft Auto Trilogy Definitive Edition will have a January 19 release date on Steam and Epic.

Based on a tweet by industry insider BillbilKun (a reliable leaker with a good track record), the games will be available from the Epic Store at 4pm GMT.

Better yet, the Grand Theft Auto games will launch with a 50% discount. This means you should be able to pick them up for around £25.

“Grand Theft Auto: The Trilogy – The Definitive Edition will be released on Epic Games Store on January 19th at 4PM UTC,” reads a BillbilKun tweet. “It will be on sale too with 50% off discount during the first week.”

While BillbilKun doesn’t specifically mention a Steam release, a previous leak suggests the games will also be available on Valve’s platform.

Fans discovered SteamID numbers for each game in the trilogy, as well as an official description in the Steam files.

The classic Grand Theft Auto games have been given all kinds of improvements, which brings them in line with modern releases.