You are here:
Home / GTA Trilogy Definitive Edition graphics revealed as… not that great?

GTA Trilogy Definitive Edition graphics revealed as… not that great? 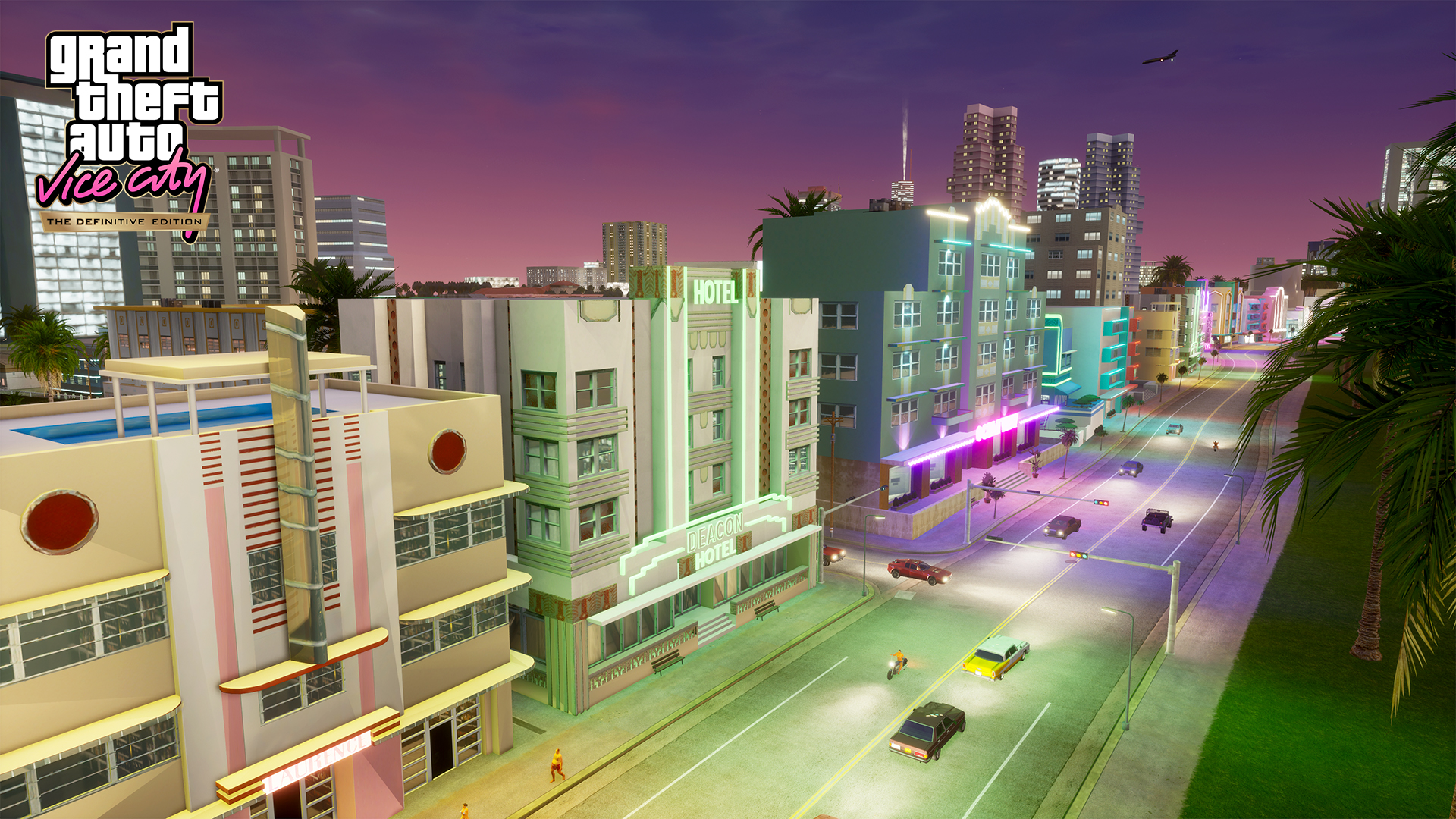 The first proper screenshots of the remasters of GTA 3, Vice City, and San Andreas have been released, as they come to Game Pass on day one.

Rockstar Games has officially announced the release dates and technical details for its remasters of PlayStation 2 era games GTA 3, Vice City, and San Andreas and it seems there was a reason they were being so coy about what they look like.

To be fair, these have always only been promoted as remasters, not remakes, but it’s hard not to take a look at these screenshots and wince, especially as there’s still so few of them.

The collection now has an official website, which goes into detail about what else is different about the remasters, including the rumoured new controls that are closer to GTA 5. They’re still being vague abut the resolution and ‘improved visual fidelity’ though, with no mention of 4K.

According to Rockstar they want to ‘faithfully tune and improve upon all three games, while also maintaining their distinct original aesthetic’, which is fair enough.

There’ll also be new foliage, smoother surfaces, and an increased draw distance; while the control updates will include targeting and lock-on aiming, improved mini-maps, and gyro aiming for the Switch version.

The most surprising announcement so far is that the whole collection will be on Game Pass day one, from November 11. Which means you won’t have to pay a penny to play it if you’re already a subscriber.

That must’ve cost Microsoft a fortune to organise but will certainly make the Xbox Series X/S seem extra desirable this Christmas.

There’s a similar deal for PlayStation Now but it’s only for GTA 3 and it only starts on December 7, which seems a bit unwise because it only emphasises how Xbox always has the better deals when it comes to Game Pass.

Grand Theft Auto: The Trilogy – The Definitive Edition will launch on Xbox One, PlayStation 4, Nintendo Switch, Xbox Series X/S, PlayStation 5, and PC from November 11. Mobile versions are rumoured for early next year.