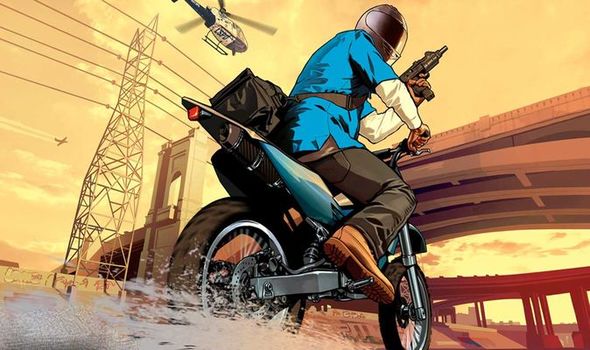 Analysts and game journalists are predicting a new GTA 6 release date, and it’s not all good news for fans. While there have been increasing hopes of something being announced soon, these have been repeatedly dashed by current events. The latest was Rockstar Games’ reveal of an enhanced and expanded version of GTA 5 coming to PS5 and Xbox Series X. This is launching in 2021 and almost certainly rules out a new Grand Theft Auto game for that year. And now industry experts are predicting a GTA 6 release date being set for late 2022, or 2023.

This would make it the longest wait ever for a new Grand Theft Auto game and would also rule out PS4 and Xbox One ports.

Not only that, but it would also mean that no true GTA game was ever developed for the two consoles, which have been on the market since 2013.

It could prove a bitter blow for those gamers who aren’t preparing to upgrade their Grand Theft Auto experience this year.

The latest information on the subject has been shared by Bloomberg’s Jason Schreier, who is well-known for his sources.

Speaking on the Triple Click Podcast, via Daily Star, Schreier shared his take on the current situation surrounding Rockstar Games and GTA 6.

“I will say that I know a lot of people out there, especially a lot of avid GTA fans, probably skewing younger have been upset because I said that GTA 6 was in kinda early development and won’t be out for a few years.

“I think GTA 5 coming out next year to PS5 is evidence of that, [and if that isn’t evidence of a later GTA 6 release] then I don’t know what else is.

If GTA 6 does arrive in 2022, gamers fans will be expecting a huge upgrade from what they have been enjoying on PS4 and Xbox One.

The good news for current-gen console owners is that GTA Online will be getting new content over the coming years, extending the life of the platform significantly.

Rockstar Games have never put a time limit on the highly profitable multiplayer mode, and moving to a standalone version certainly suggests longevity.

This means that even if we do see GTA Online eventually leave the PS4 and Xbox One versions behind due to hardware limitations, there should still be plenty of free compatible updates being planned over the next year.

Here’s the latest information from Rockstar Games on the situation involving GTA 5 coming to PS5 and Xbox Series X:

“As recently revealed at Sony’s PlayStation 5 digital event, the adventures of Michael, Franklin and Trevor are coming to a new generation of consoles, including PlayStation 5, in the second half of 2021.

“The new generation versions of GTAV will feature a range of technical improvements, visual upgrades and performance enhancements to take full advantage of the latest hardware, making the game more beautiful and more responsive than ever.

“And for the massive and vibrant community of Grand Theft Auto Online players worldwide, the journey through the ever-evolving, shared world of GTA Online will continue on to the new generation with more new updates including additional GTA Online content exclusive to the new consoles and PC.”

The new announcement regarding GTA 5 coming to PS5 was revealed by Sony during a big PlayStation reveal event.

And according to a recent report, Grand Theft Auto V’s appearance was one of the most popular unveilings.

The port was revealed alongside news regarding Horizon Forbidden West, and Spider-Man Miles Morales.

And according to a report from TechRadar, chat-based research consultants, Reach3 Insights, found that fans were most excited about the GTA 5.

The stats include 25% of fans saying it was the PS5 game they’re most excited for, with the new Spider-Man entry another popular announcement.