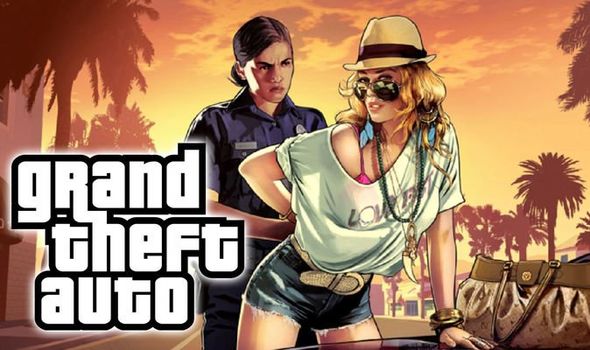 Rumour has it news on the next entry in the wildly popular Grand Theft Auto series could at last get announced today. As highlighted in a post by YouTuber MrBossFTW, the GTA community has been abuzz with claims that news on GTA 6 could be revealed by Rockstar Games imminently. It has been claimed that an announcement on GTA 6 could be coming on Monday October 26, but don’t get excited just yet.

Ever since Red Dead Redemption 2 came out towards the end of 2018 there has been plenty of rumours surrounding GTA 6, and many false dawns.

One high profile case came earlier this year when a member of the GTAForums hinted at a GTA 6 reveal in March.

This member of the Grand Theft Auto community was GTAForums member gonnaenodaethat, and the reason their claims got so much attention was their track record.

The GTAForums member previously posted cryptic messages which correctly hinted at the date that Red Dead Redemption 2 for PCs got announced.

Despite being spot on before, March came and went without a single word on GTA 6 from Rockstar Games – and that hasn’t changed in the months that followed. Some people gave gonnaenodaethat the benefit of the doubt, thinking the pandemic could have led to Rockstar Games changing plans. While others weren’t as understanding.

But as MrBossFTW highlighted in a video over the weekend, gonnaenodaethat is back once again dropping cryptic hints which could be about an inbound GTA 6 reveal. The post from gonnaenodaethat that has got fans talking sees the GTAForums member quoting a post from another user that questioned their credibility.

Replying to this message, gonnaenodaethat said the post questioning them “will take pride” of place on their office wall on Monday. They then teased that there were just a few more “sleeps”. 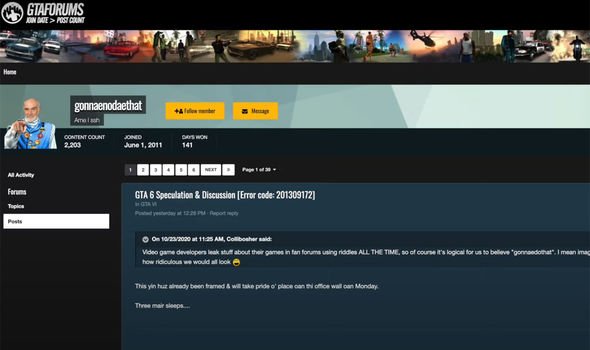 On their own personal YouTube channel gonnaenodaethat also posted a few cryptic videos, one that said a “storm was coming”.

While another video gonnaenodaethat posted featured the message “we just need to open our eyes” and mentioned the day “26th October”.

As with all rumours, it’s best to take them with a big pinch of salt – and MrBossFTW said they felt there was a 0.0001 percent chance something would happen on this date.

But the YouTuber said it was “still interesting” enough to follow and keep an eye on.

The news comes as a number of GTA fans have claimed that comments they’ve made about GTA 6 on Rockstar Games YouTube videos are being removed – further adding fuel to the claims an announcement could be inbound.

Elsewhere, Rick and Morty co-creator and voice actor Justin Roiland recently took to Twitter to post about the lack of news on GTA 6.

Roiland wrote: “Where is GTA6? What hell are we all living in?”