You are here:
Home / GTA 5 streaming on a Game Boy is a real thing that actually happened 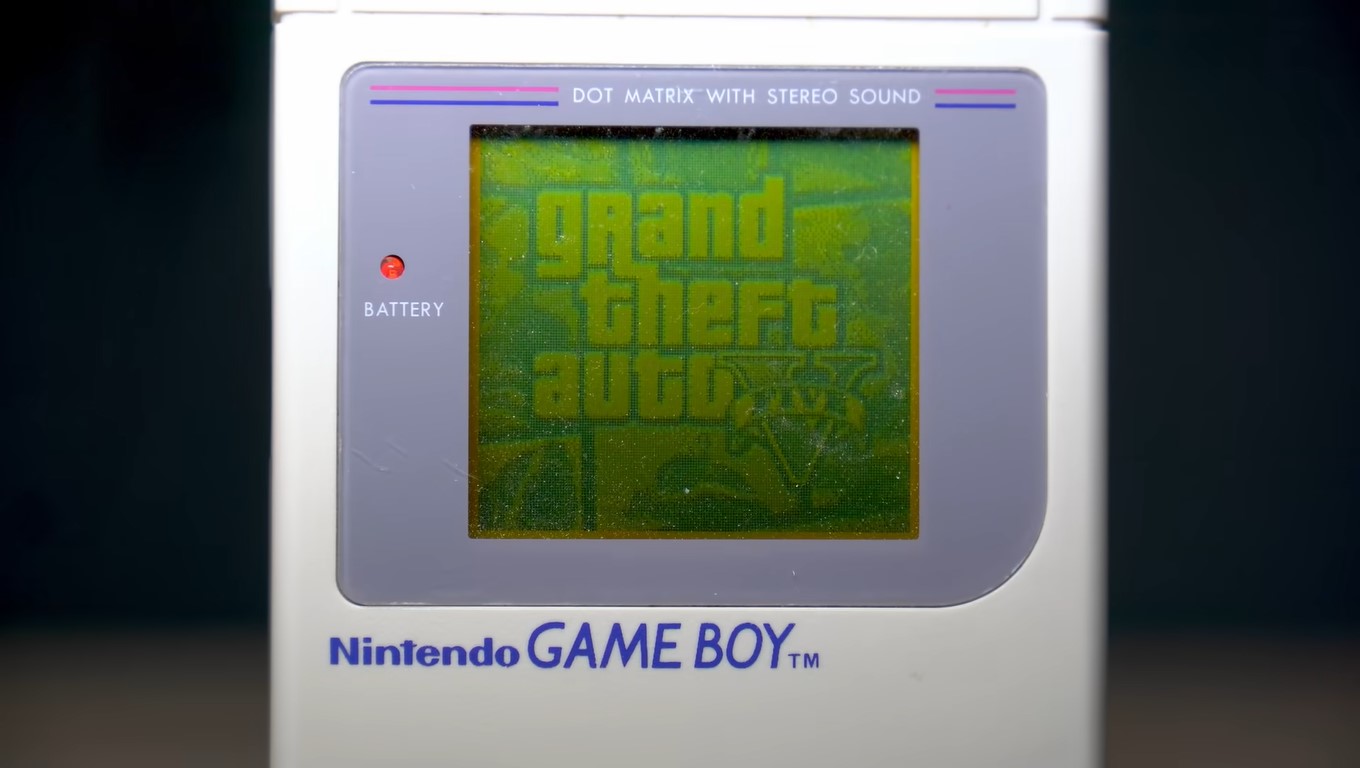 Perhaps the best demonstration yet of the flexibility and potential of video game streaming is playing GTA 5 and Crysis on a Game Boy.

There are few people that would deny that streaming is the future of gaming, but the question is when exactly that future will happen. Broadband speeds need to be a lot more consistent, everywhere in the world, for it to completely take over from traditional gaming, and that could take a decade or more.

In theory though, streaming services such as Stadia and Microsoft’s xCloud can use any device to play any game, with the only limitation being the controls and screen – and you don’t get much more limited than the original monochrome Game Boy.

The Game Boy used in the video below is a completely ordinary one, but physicist Sebastian Staacks has created his own custom cartridge to allow streaming of not just Grand Theft Auto 5 but also Cyrsis, Doom, and Super Mario World.

Staacks’ video goes into plenty of detail on how he got the cartridge to work and is very interesting if you want to know more about not just streaming but working with retro hardware.

For instance, the Game Boy can’t even display a fullscreen image, since everything is made up of smaller tiles and it can’t use them all at once – so what Staack has achieved is even cleverer than it first seems.

You can barely make out GTA 5 via the Game Boy’s ridiculously low res screen but it’s clearly working properly, albeit it at just 20 frames per second.

Crysis running on a Game Boy sounds absurd, but it works too and we’re only surprised that he didn’t try Skyrim as well, just so that it could claim another format. Although he does use Doom, which is just as cliché.